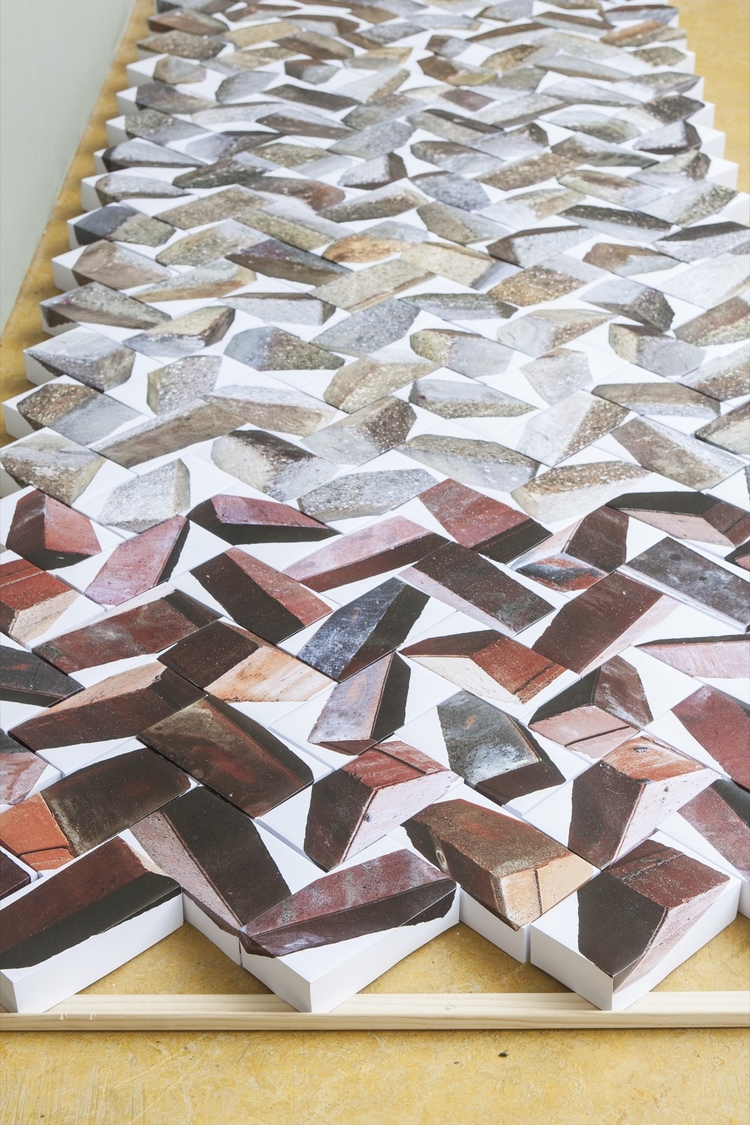 'Sites / Sides \ Sights' addresses the question of the photographic representation of a thing as an experience of the thing itself, by rebuilding the image back into its referent.

Dynamics appear to only occur on top of streets; people walking on pavements and cars driving on roads. But, the streets themselves move too. Pavements are broken up, its component bricks taken out in order to do construction work. Normally lying face down amongst its peers, we only see the top of the street’s bricks, their sides and bottoms concealed by neighbors of their own kind. At times however, these bricks are expelled from their rigid pattern and thrown into heaps, where they can be picked up and viewed from all sides. These heaps however, are fleeting; always in motion, piles turn back to pavement, whilst someplace else pavement turns into piles.

The constructive nature of a brick allows to not only rebuild its photographic representation back into its referent, but then build with these too. Eventually they become part of a collaged street, which circulates and changes over the course of the 5-day exhibition, with its total volume only partly visible on each day. The surface of this street is constructed of loose parts that make up a pattern, one which reveals many sides, various angles, multiple perspectives and varying dimensions. Bricks from different locations, backgrounds, functions, and surroundings are combined to form a fictional street. 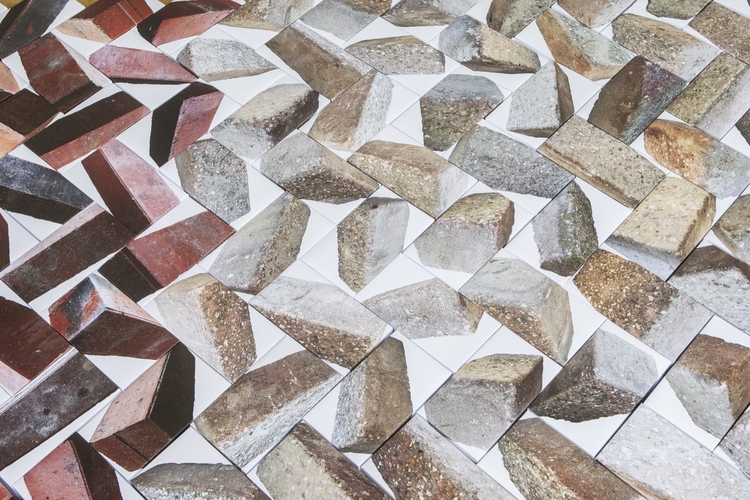 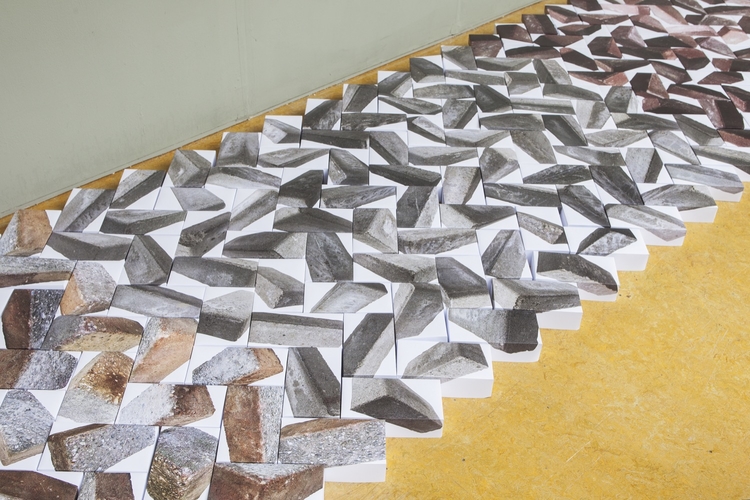