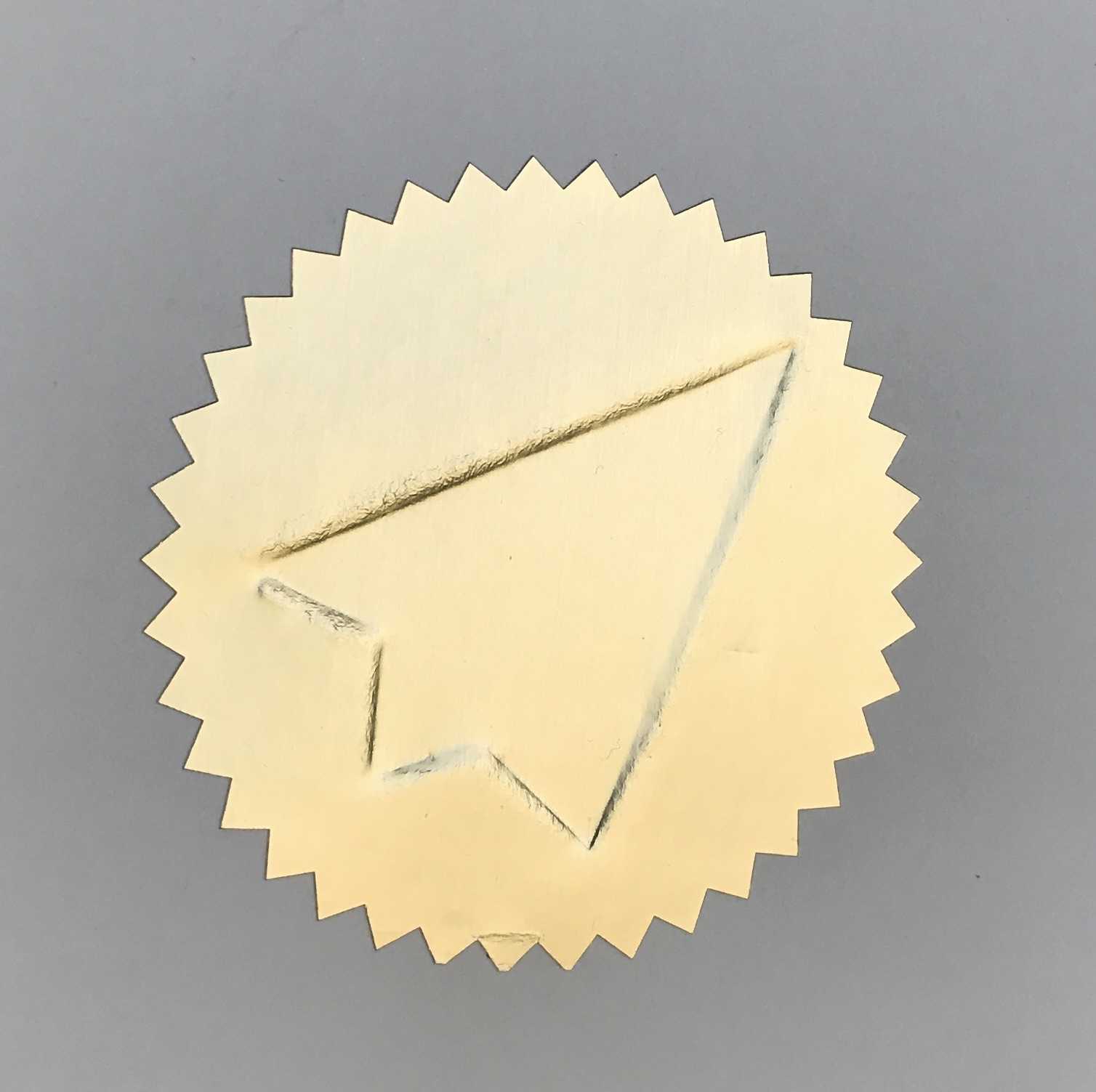 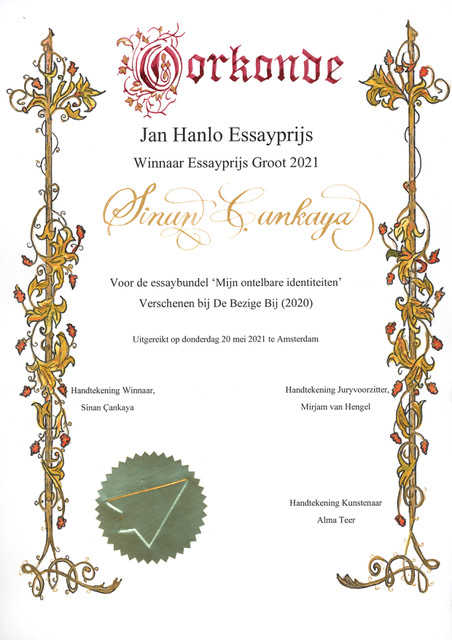 The 2021 trophy of the Jan Hanlo Essay Prize was designed by second-year student Alma Teer of the Jewellery-Linking Bodies department. Her initial inspiration derived form a paper plane that in its innocence and fragility contrasts sharply with the noisy airplanes described by Jan Hanlo in his poem ‘Never Quiet Again’. To transform this concept into a trophy, Alma recalled her first memory of a ceremony, namely the awarding of her swimming diploma. The trophy is a hand-calligraphed certificate that was first signed by the jury’s chair and the prize winner, then folded into a paper plane and handed over to the prize winner by air. The awarding explored both the trophy as an object and the moment when someone is honoured as a winner. The assignment was supervised by guest lecturer Liesbet Bussche. 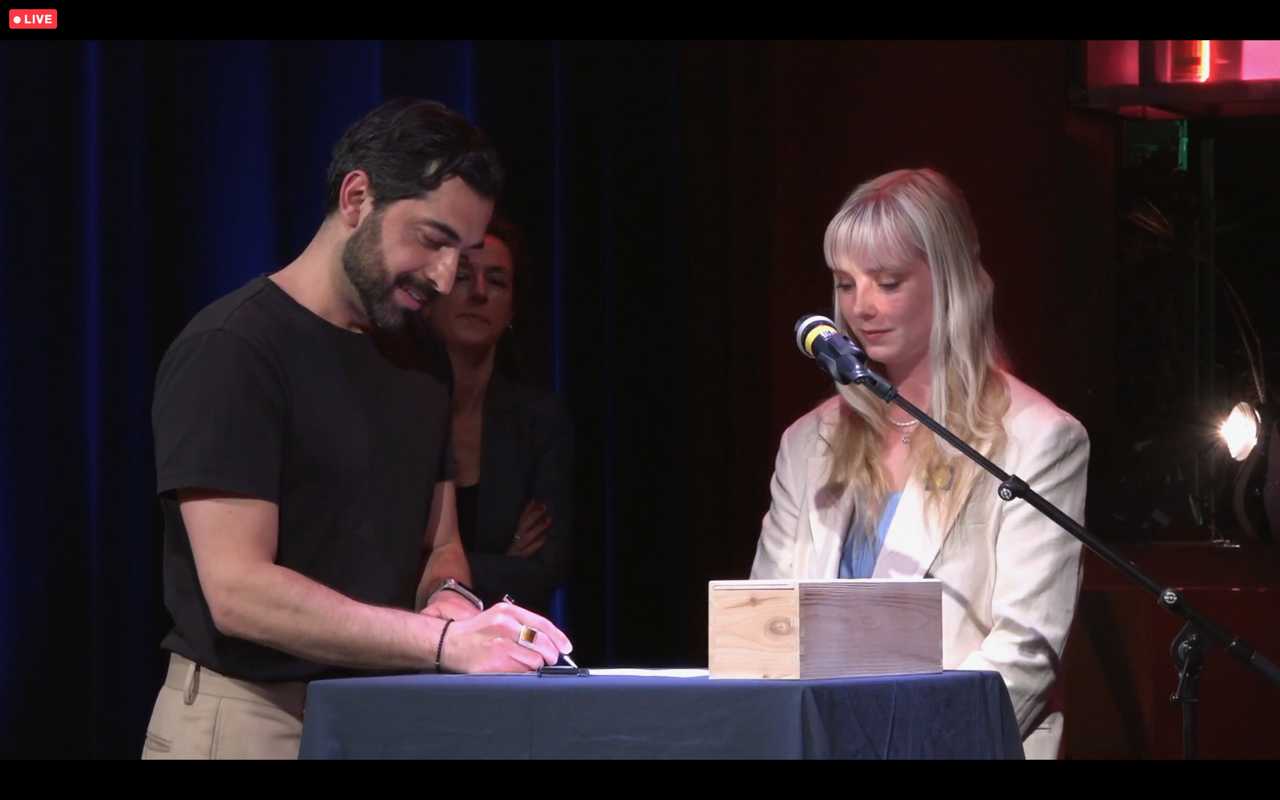 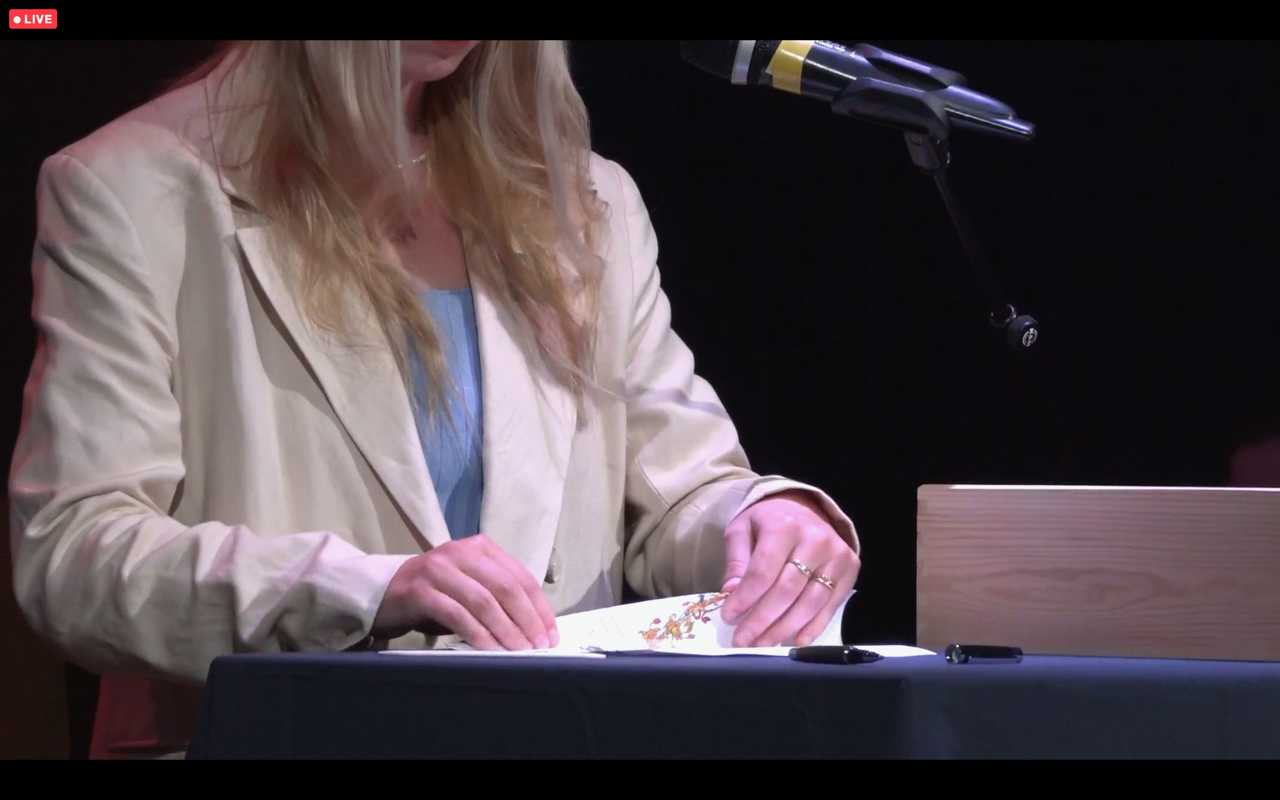 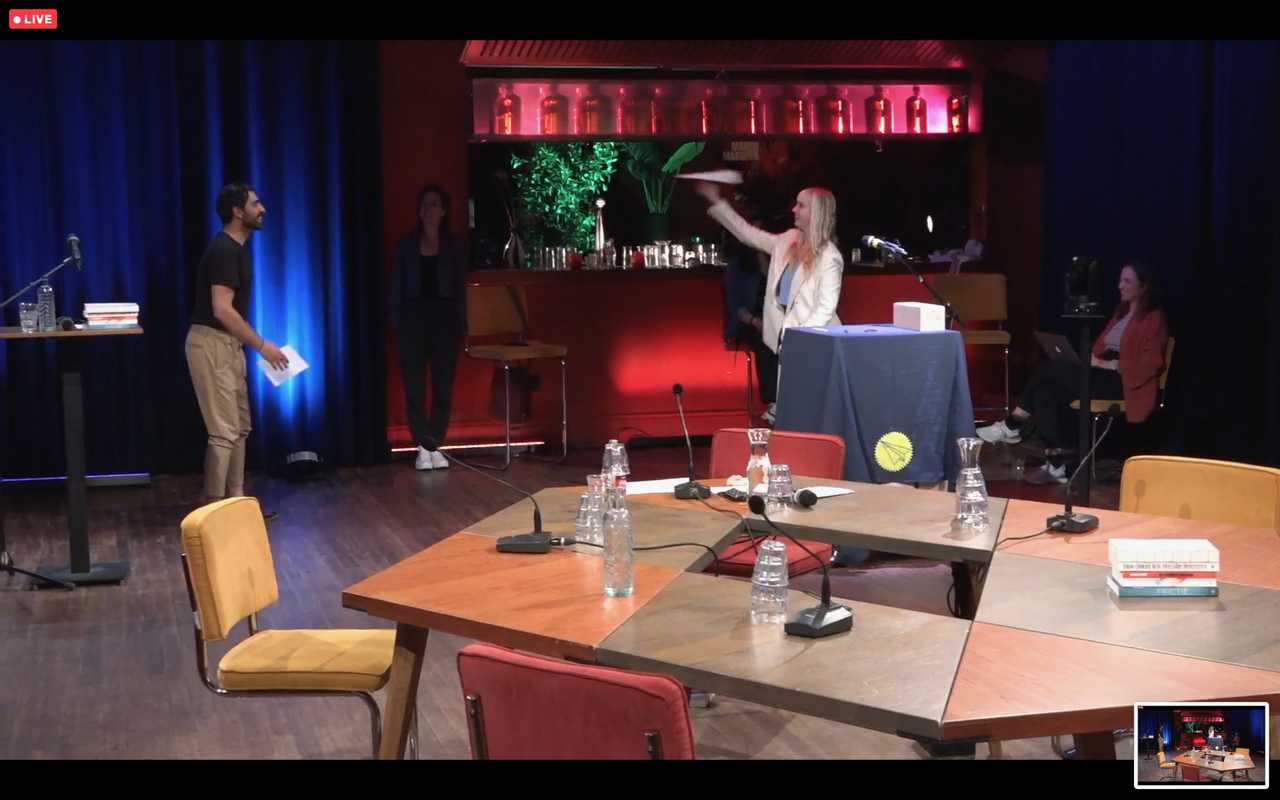 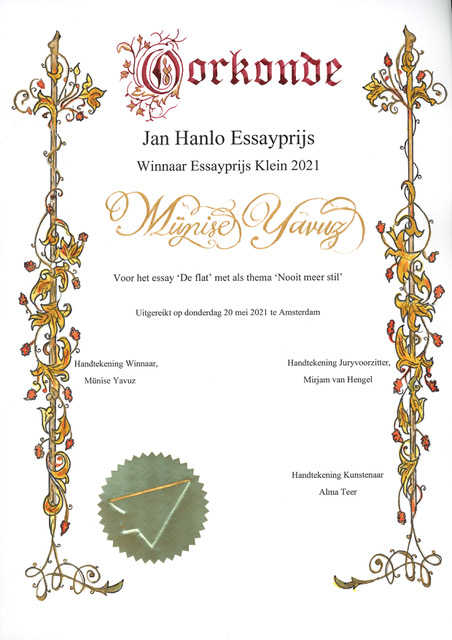