Mayis Rukel is winner of the GRA Award Autonomous Art 2020 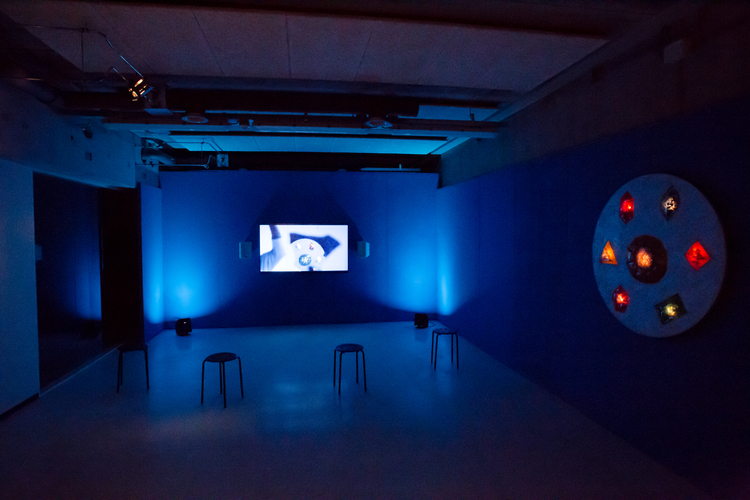 "The Pendant" is an installation consisting of a 22 minutes film with the same name, The Pendant object from the film and 78 original illustrations of a new tarot deck. In the film, the breaking of a mirror initiates five different acts in five different places; exposing shades of magic, politics and systemic violence. Dysfunctionalities of social systems and the harm they inflict, the enforced disappearances in Turkey during the 1990s, the border politics of the EU, manipulative storytelling and power struggles are investigated as the round pendant becomes whole with its gemstones scattered throughout the scenes. The symbolic realm of The Pendant further unfolds with the original Tarot deck I have designed and illustrated. Featured throughout the film, these cards depart from the long-established symbolism of Tarot to create a new poetic and political narrative.