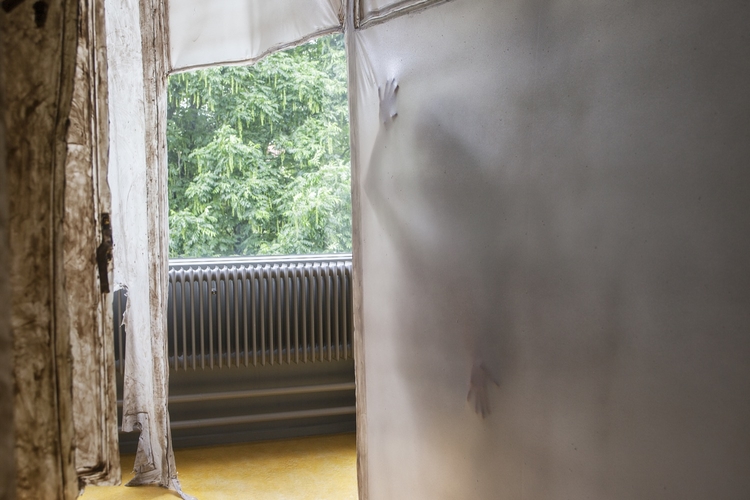 Under the skin of the building

Either private, semi-public or public, buildings are unquestionably part of our daily life. I strongly relate to public and semi-public buildings, as they became a house of memory outside my private house. Those buildings seem so static, almost immortal; but they are actually very fluid and subject to renewal, extension or complete demolition. Then where does my memory of those buildings lie: in their old or their new self?

The present installation enables you to come closer to the building’s skin, to get “under the skin of the building”. Walking between a wall and its copy - a skin of latex - the viewer can observe negative and positive details of the wall, its rich textures, as well as ‘mistakes’ of the copyist. It allows to discover a true identity of the Rietveld Academy building, beyond its grey, repetitive and structured appearance. In this way, the wall triggers an awareness of the building, allowing a possibility to dwell new memories.

Memory is a very unreliable thing. It can distort facts by time, creating a new version of the original fact. The memory of a building can transfigure its physical architecture. Mainly, disconnected parts of the building can be merged together in a fluid manner through memory.

‘Mnemonic’ focuses on my own memory of the Rietveld Academy building, speculating on how my future remembrance of the present space would be. Which fragments will remain and which ones will be left out? A specific series of elements are cast in latex in the same colour in order to make them equal to each other. Hanging in a row, they represent the route I make daily through the building. Some fragments are close to each other and some are hanging solitary. This installation illustrates how the experience of a place can accumulate memories in certain parts and create absolute voids in others. The fluidity of latex gives body to the fluidity of memory, it is flexible and not fixed : it shows architectural features beyond their static appearance. 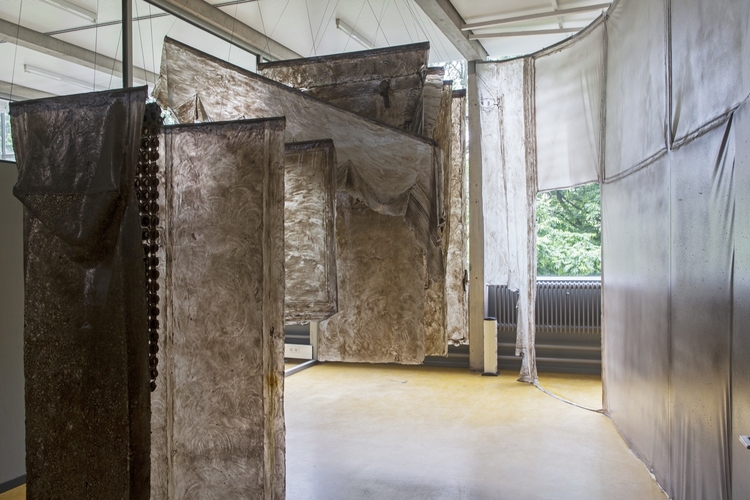 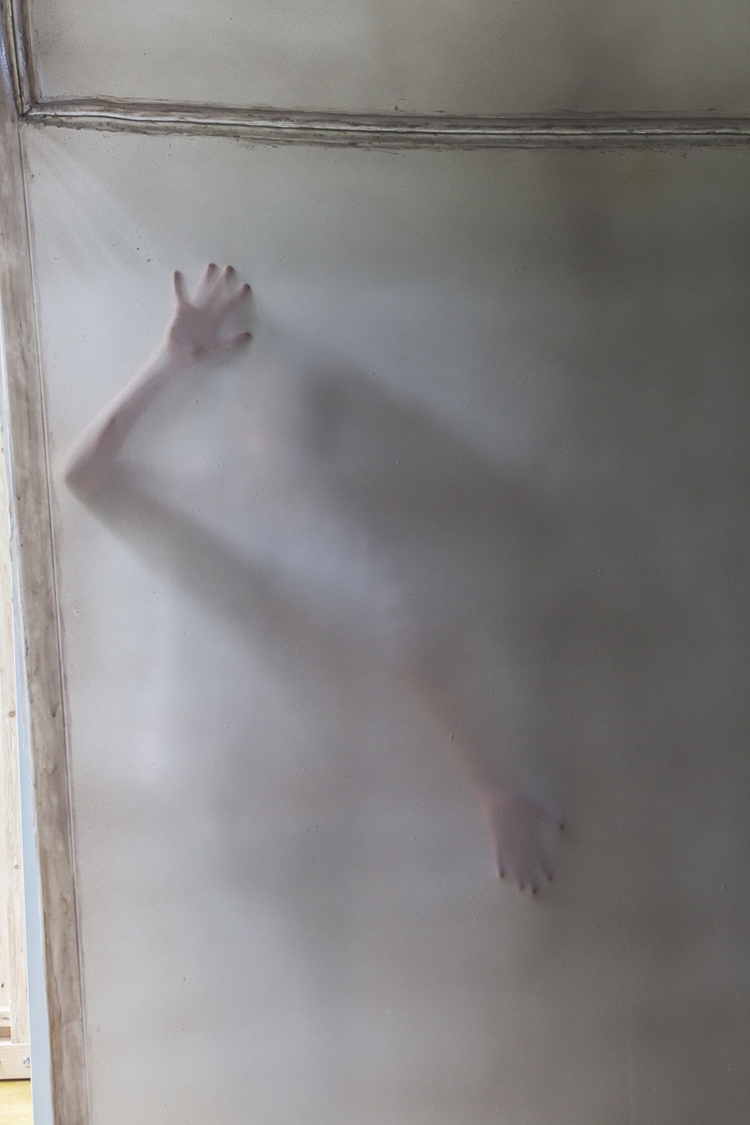 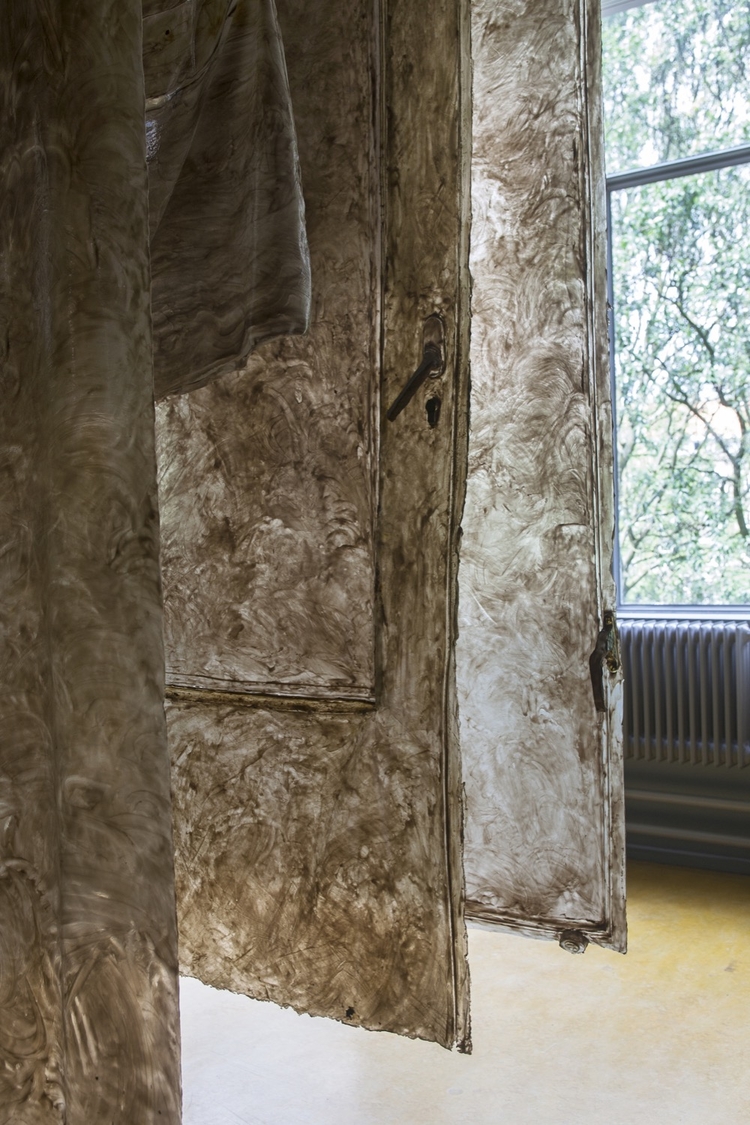 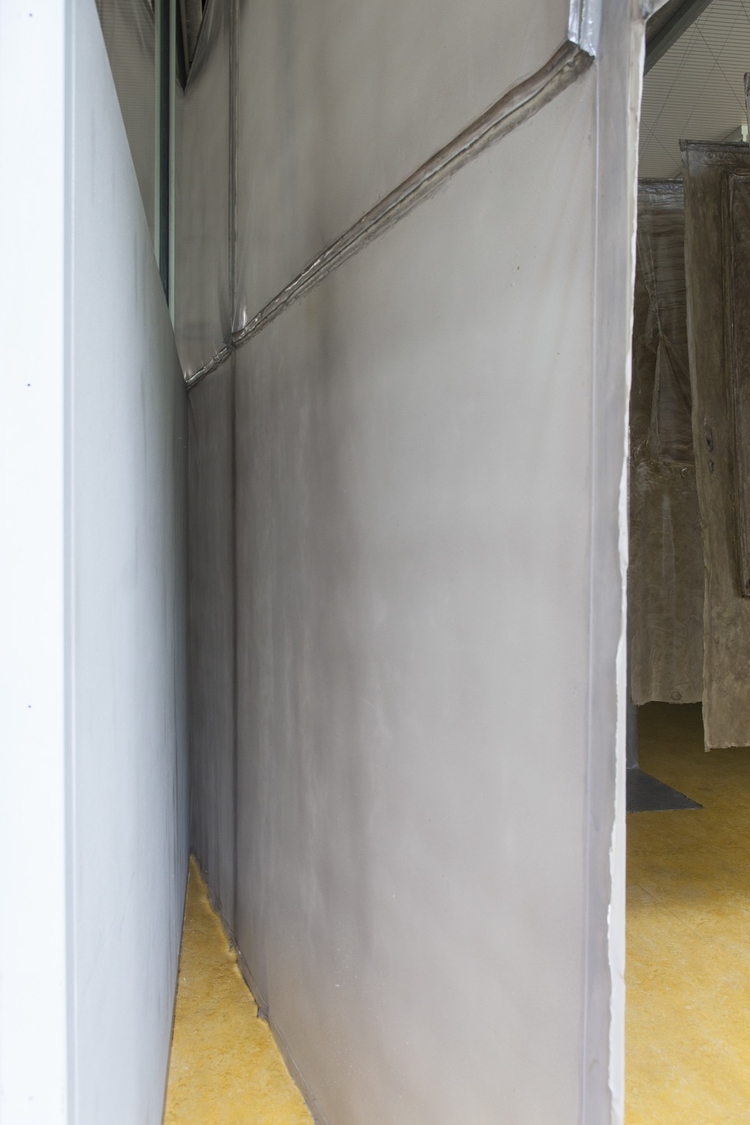 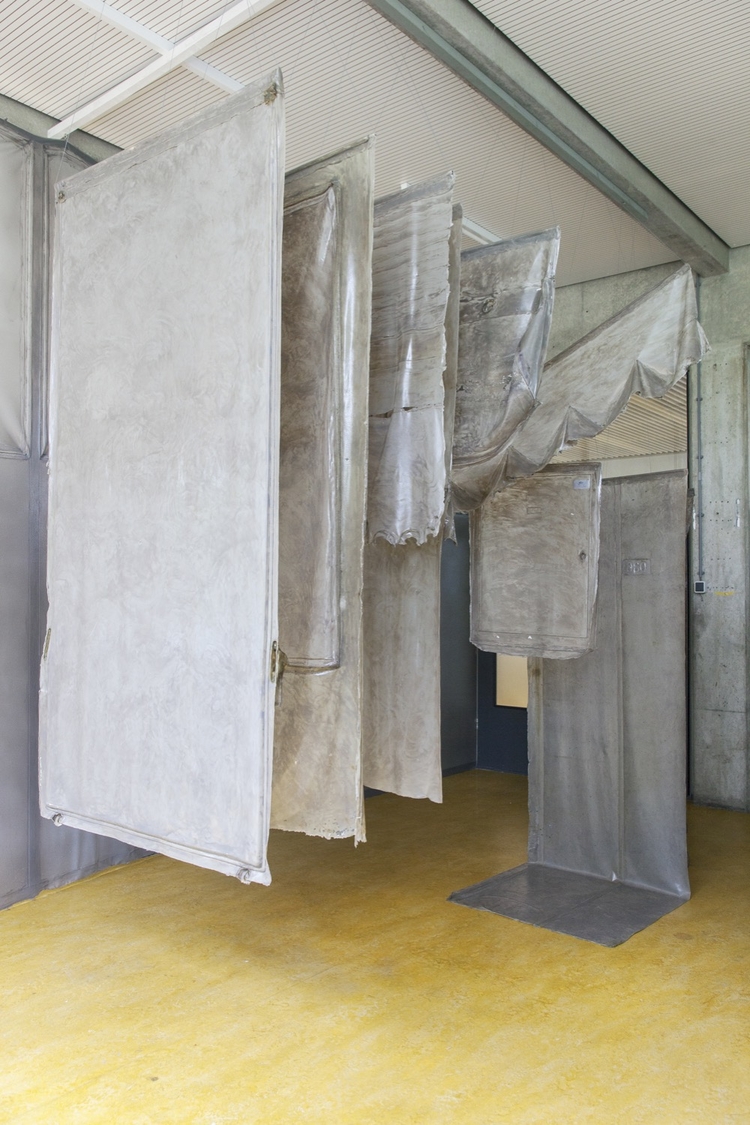