THE SQUARE - In this project I invite you to look closely at the architectural history of Freedom Square — the main square in Kharkiv, one of the most bombed cities of Ukraine during the armed attack in 2022.

In this project I invite you to look closely at the architectural history of Freedom Square — the main square in Kharkiv, one of the most bombed cities of Ukraine during the armed attack in 2022.

Kharkiv is the second biggest city of Ukraine. It lies in the east of the country, 25 km from the Russian border. It’s also one of the closest cities to the “Donbass” area where the war took place in the last 8 years. Among the big cities Kharkiv is the most ambiguous in terms of Russian-Ukrainian conflict. Since it is located near the Russian border it is a place where both pro-Ukrainian and pro-Russian movements left traces.

This architectural research allows us to see how some movements left no trace in architecture and others do. You can look at the example of the protest in 2014, where Russian side of the conflict didn’t leave any trace back then, and in the end they could only make an intervention into the square by bombing it in 2022.

A place that used to be a big empty space in 1931 turned into the main square of the city designed by the Soviet government. 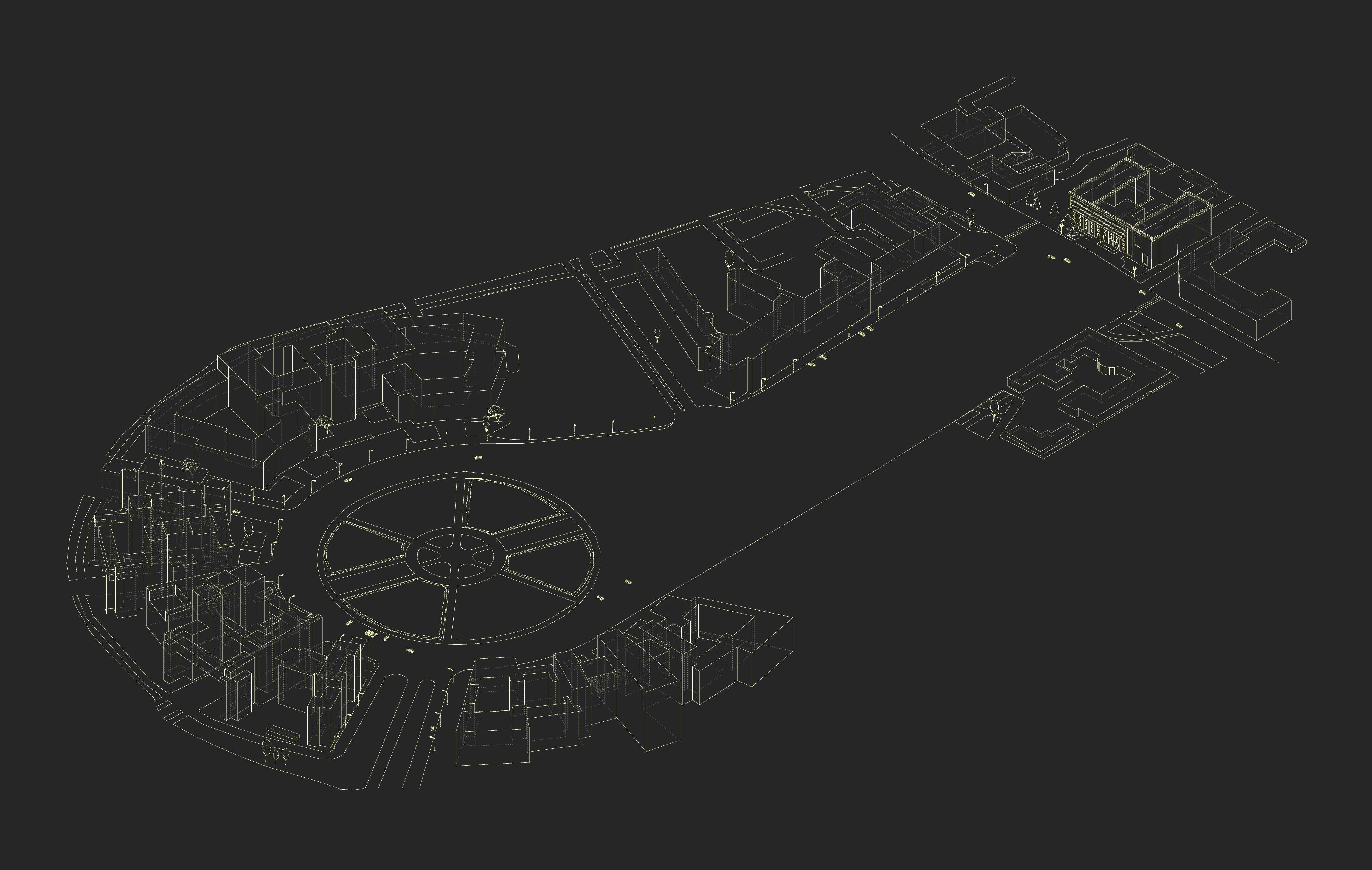 After the liberation of the city from the German occupation, in 1944 the Soviet government designed an extension to the round part of the square and built a Stalin monument there. 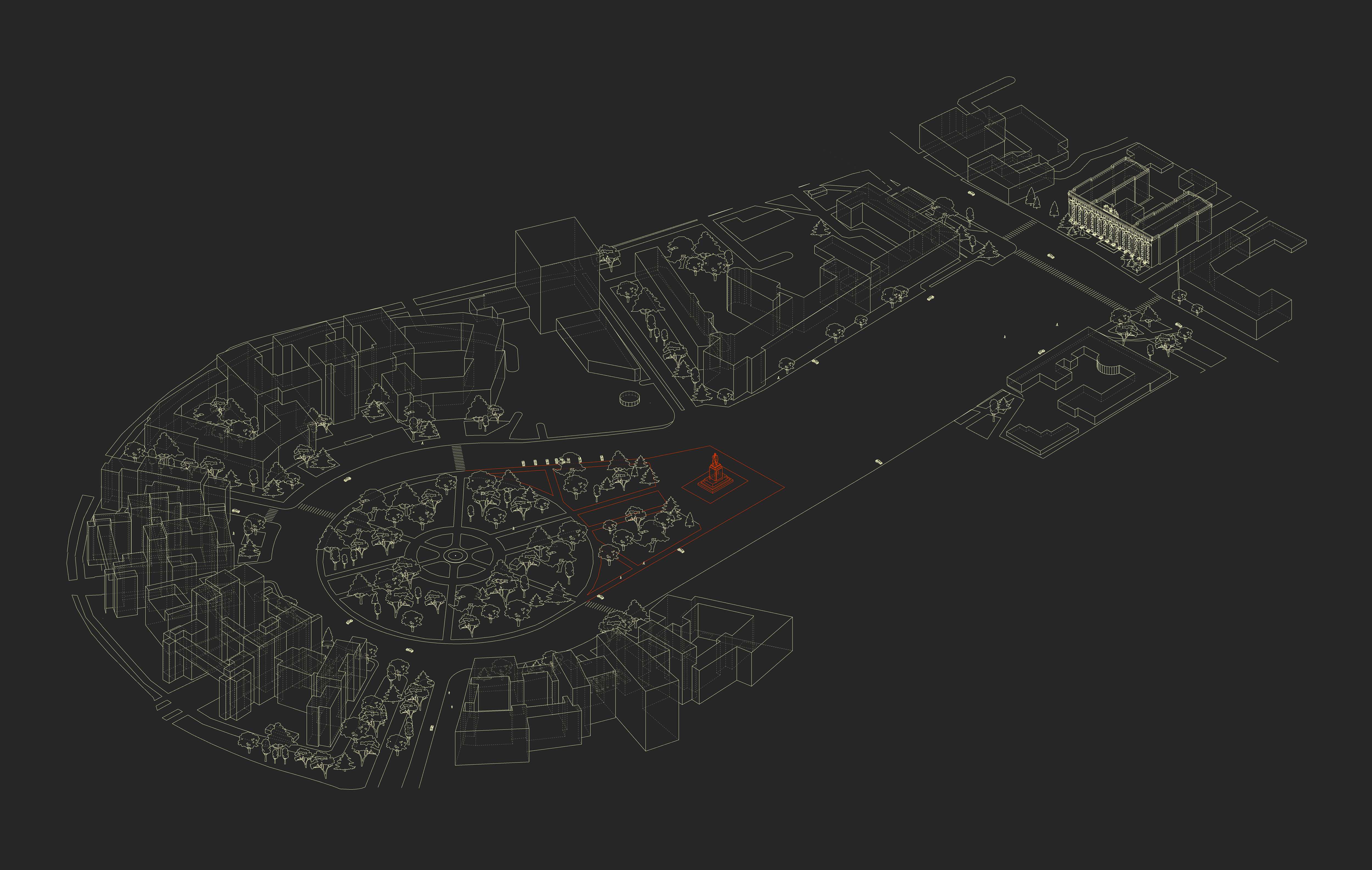 In 1960 after the 20th Congress of the Communist Party Stalin monuments were demolished throughout the Soviet Union, including Freedom Square in Kharkov. Three years later, in 1963 a sculpture of Lenin was installed in that place. 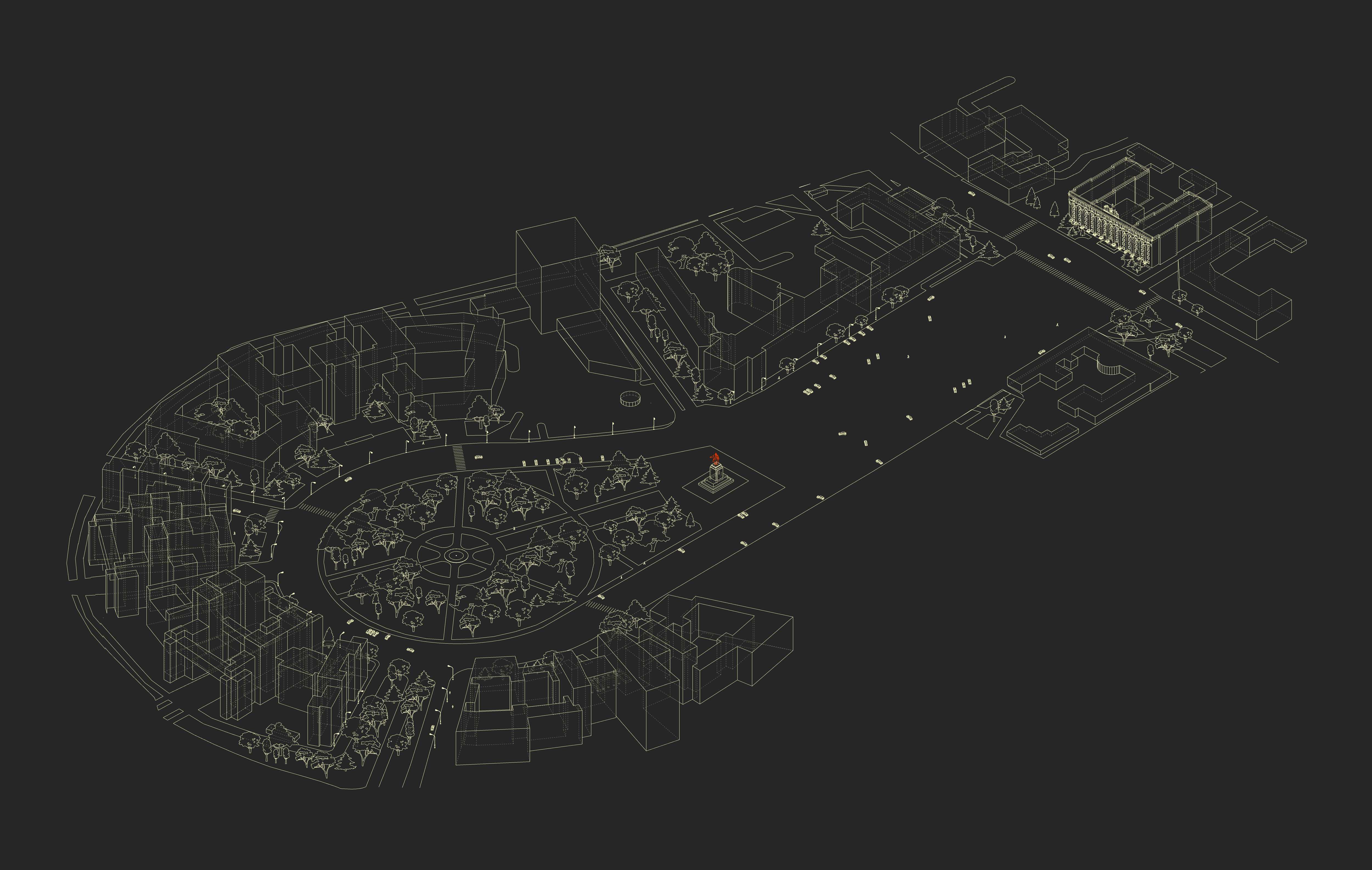 Demolishing of the Lenin monument 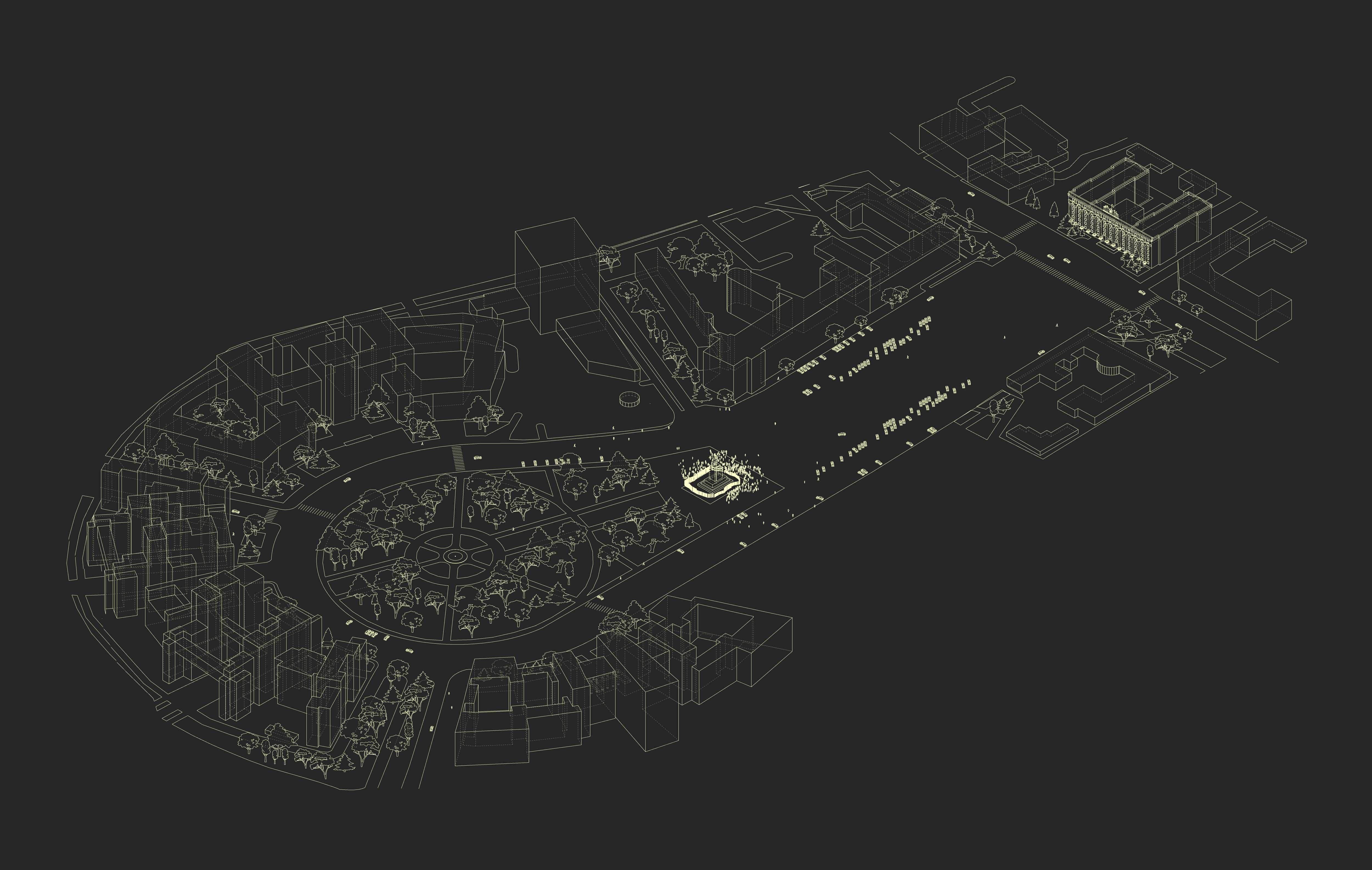 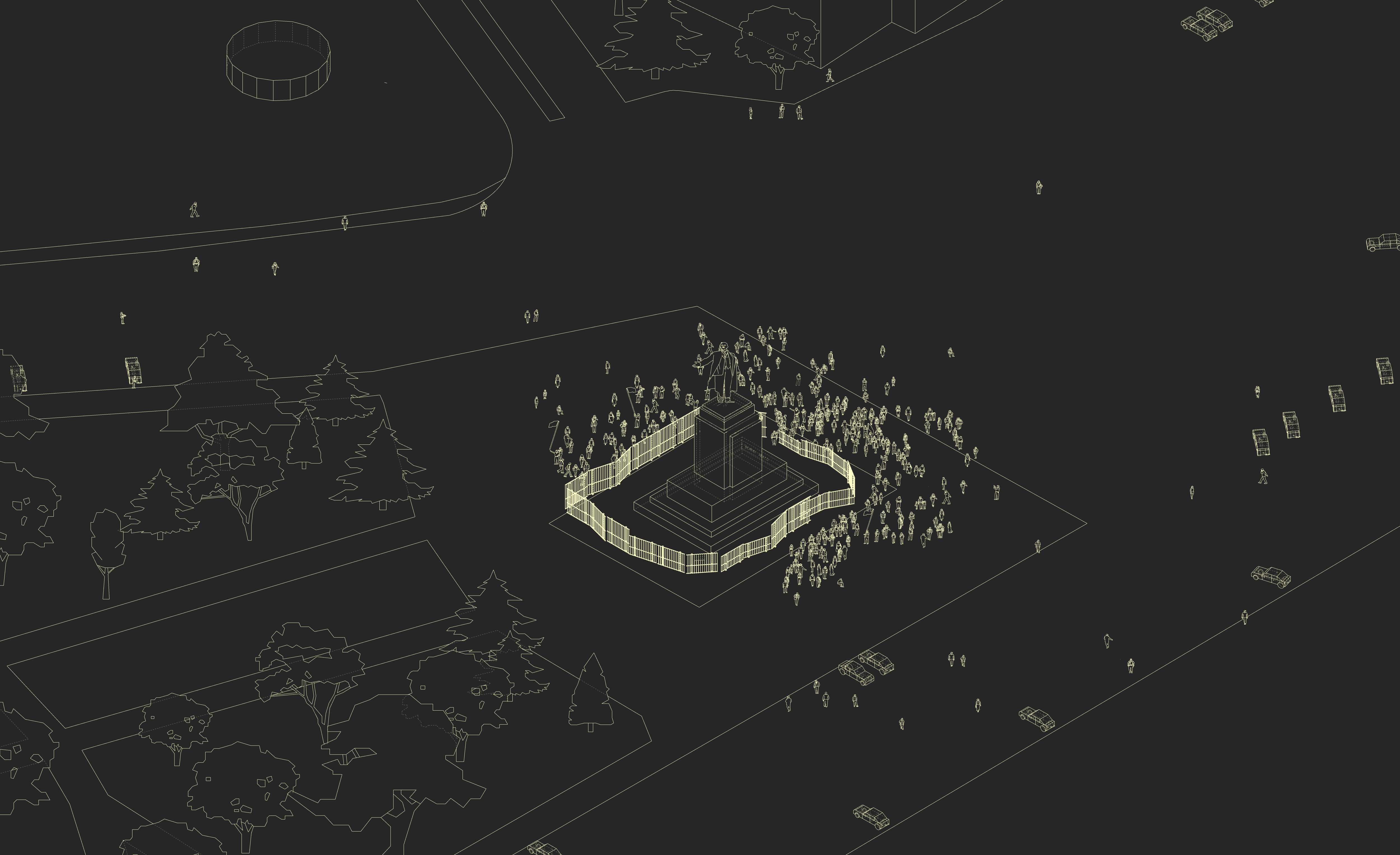 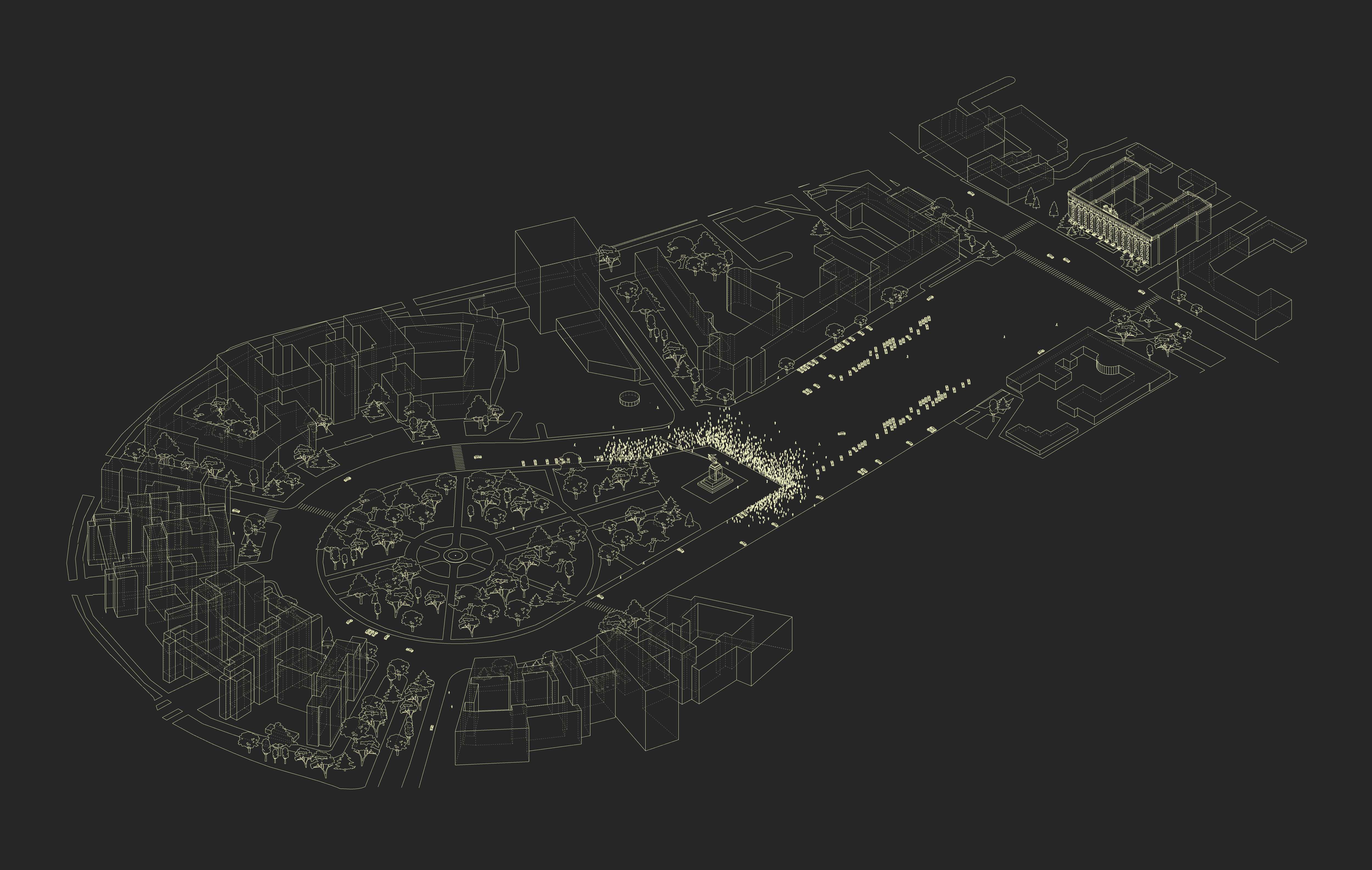 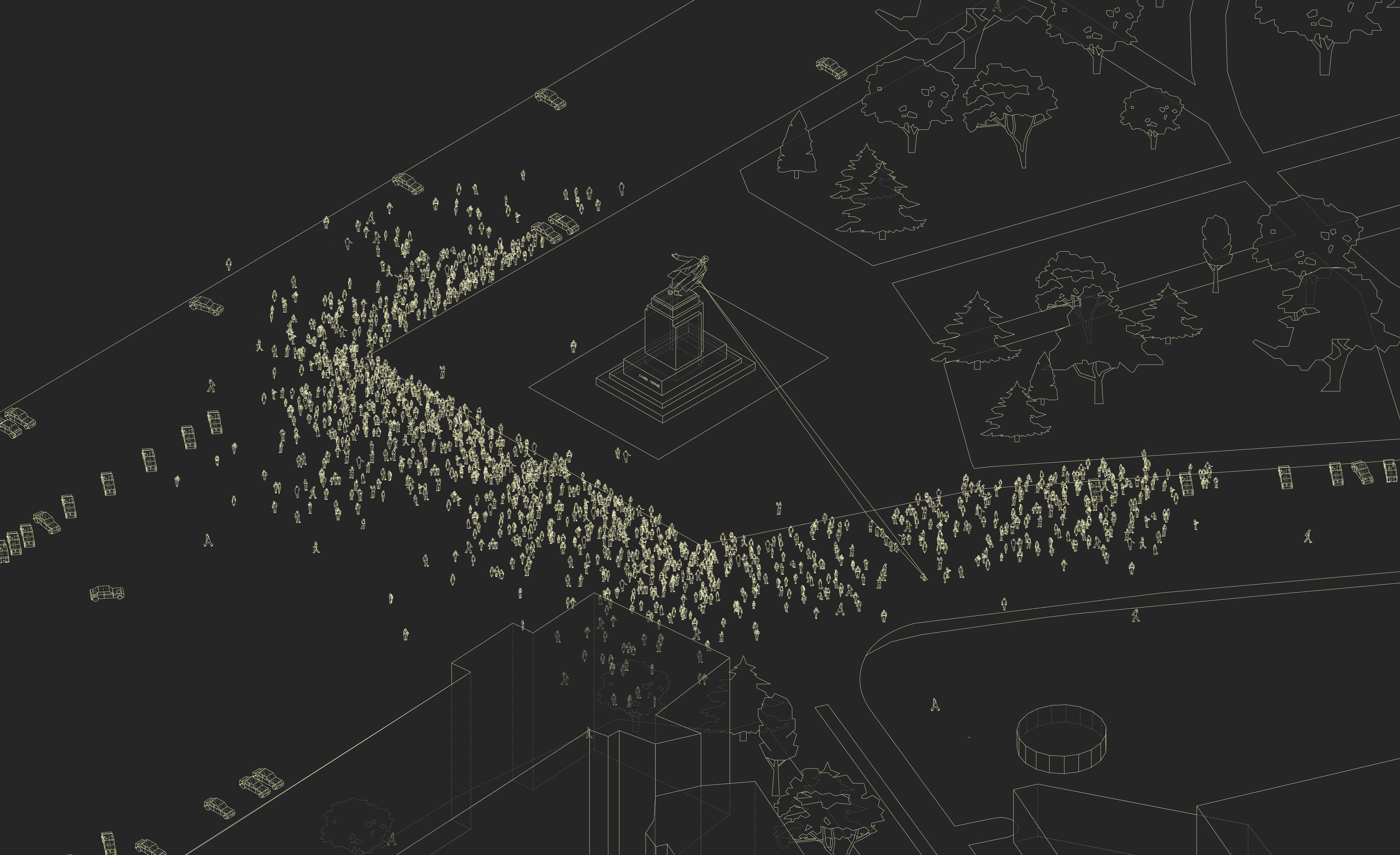 “Everything for the Victory” tent

In 2014 Ukrainian activists installed a tent called “Everything for the victory” on the Freedom square. 8 x 3 meters tent was used as a place to collect donations for the Ukrainian army defending Donbass area. Over the years this tent painted in the color of the Ukrainian flag became a resistance symbol. 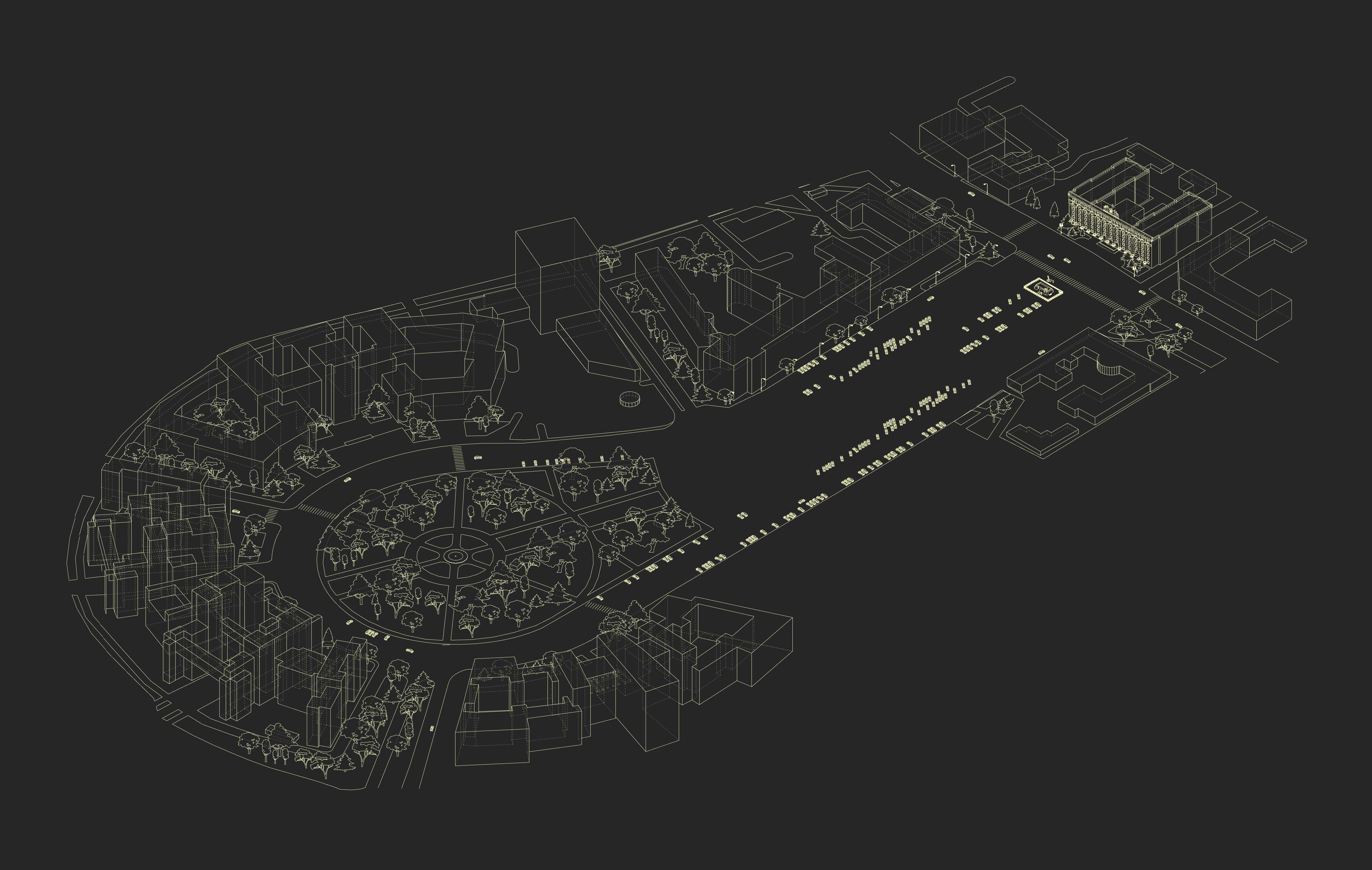 On March 1, the Russian military shelled Freedom Square. A large rocket hit the city administration building. As a result, the southern part of the building was destroyed. Other buildings were also partially destroyed, the entire square is littered with debris. 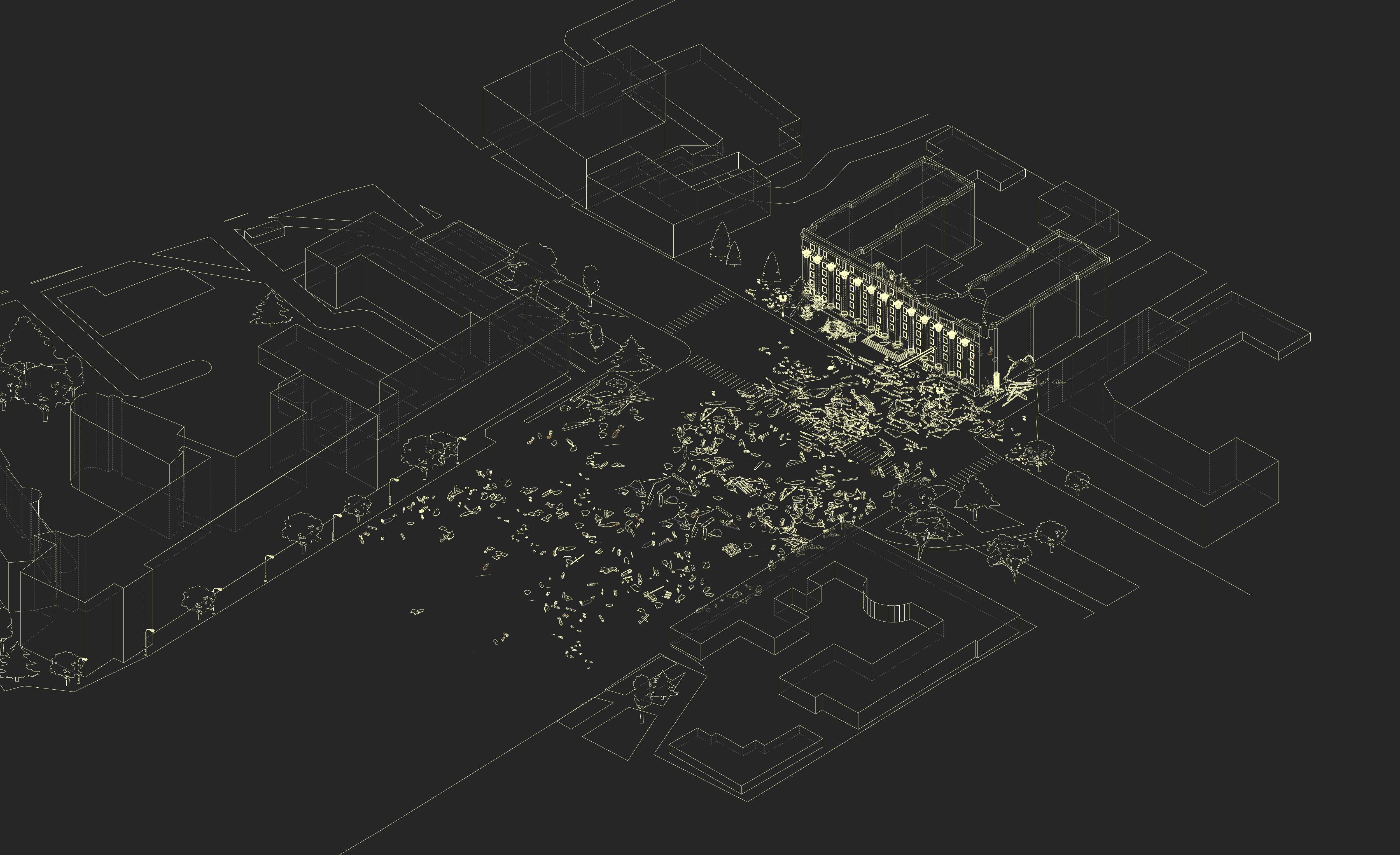