Alexis Stephenson - The End Is In The Beginning

Alexis Stephenson: "Absurdist fiction plays a key role in my work, they are seemingly futile non-plots that play around with banalizing of the everyday. For me, these narratives invade subtly, slowly, transcending the imagination where a much deeper uncomfortable thought is at hand. They have the ability to reveal conditioned conventions, structures and perception. Through a deeply disharmonious feeling, absurdism along with theory became a way in which to question these conventions and the consequential simultaneous contradictions that lie within the everyday.

The assemblages in my graduation works act as stories that attempt to embody these subtle futile narratives and give shape to a certain anxiety. Through combining sculptural objects that have no direct or clear identity but rather an associative characteristic, with altered recognisable objects and happenstance; they become constructs wherein contradictions such as control and growth can co-exist." 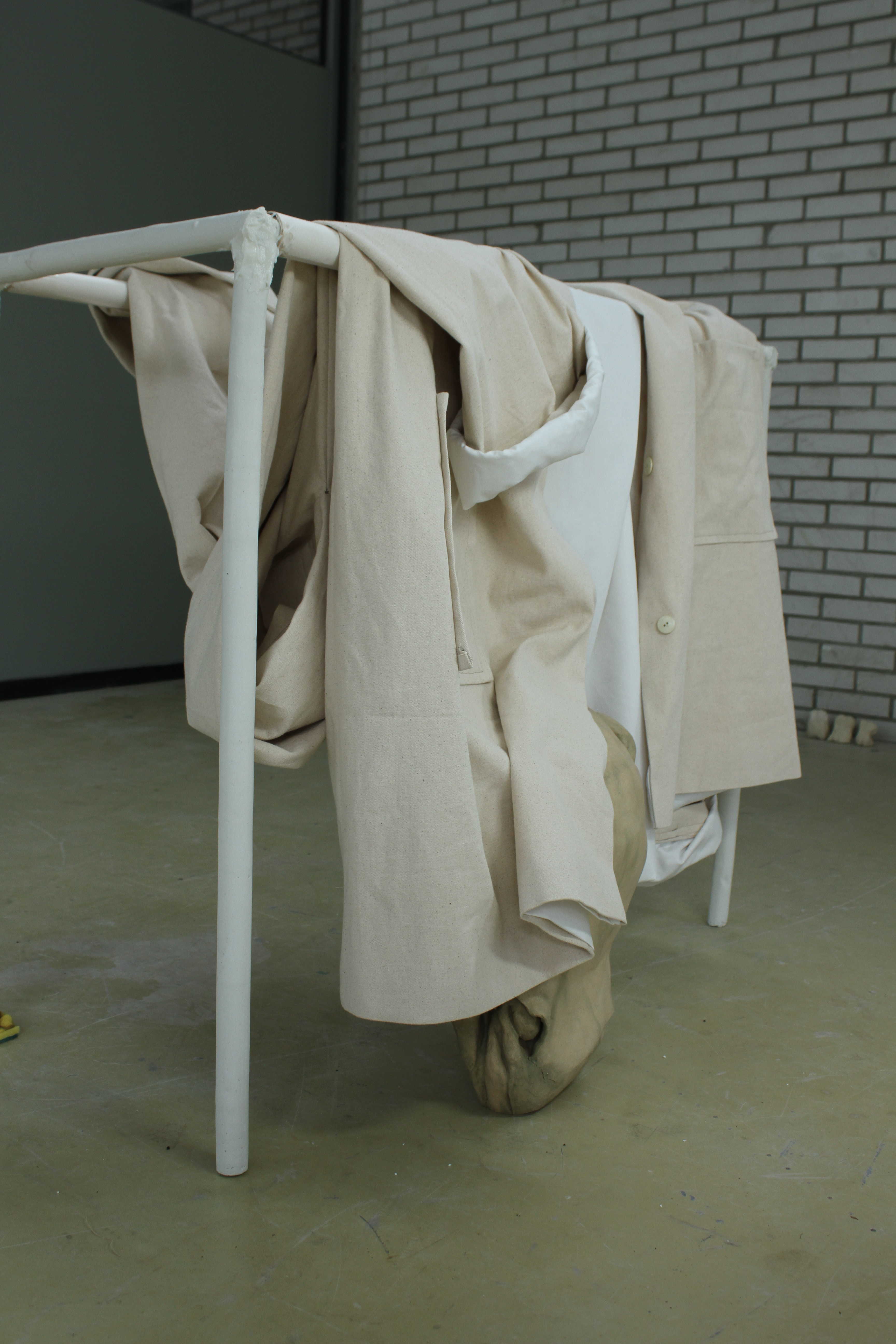 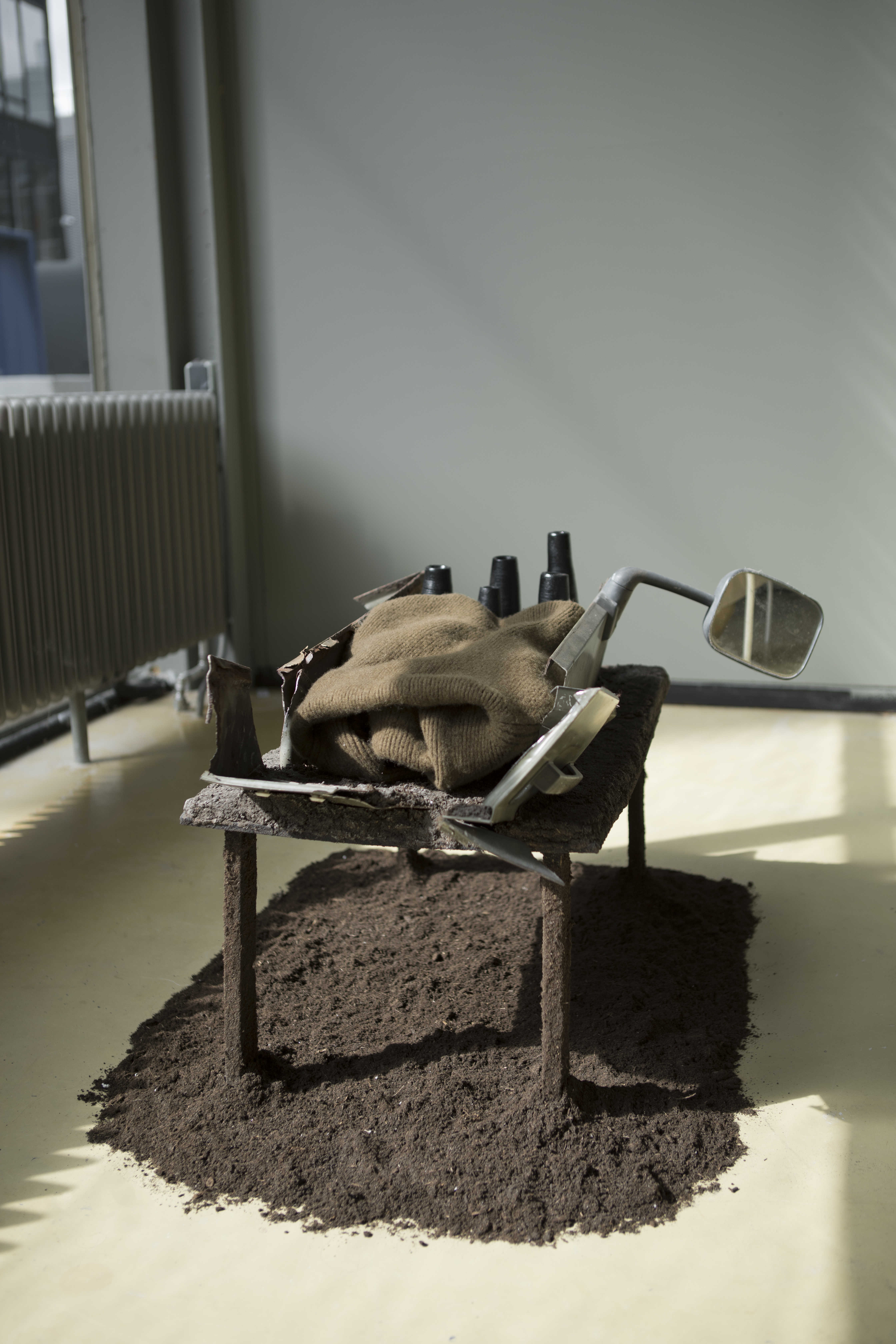 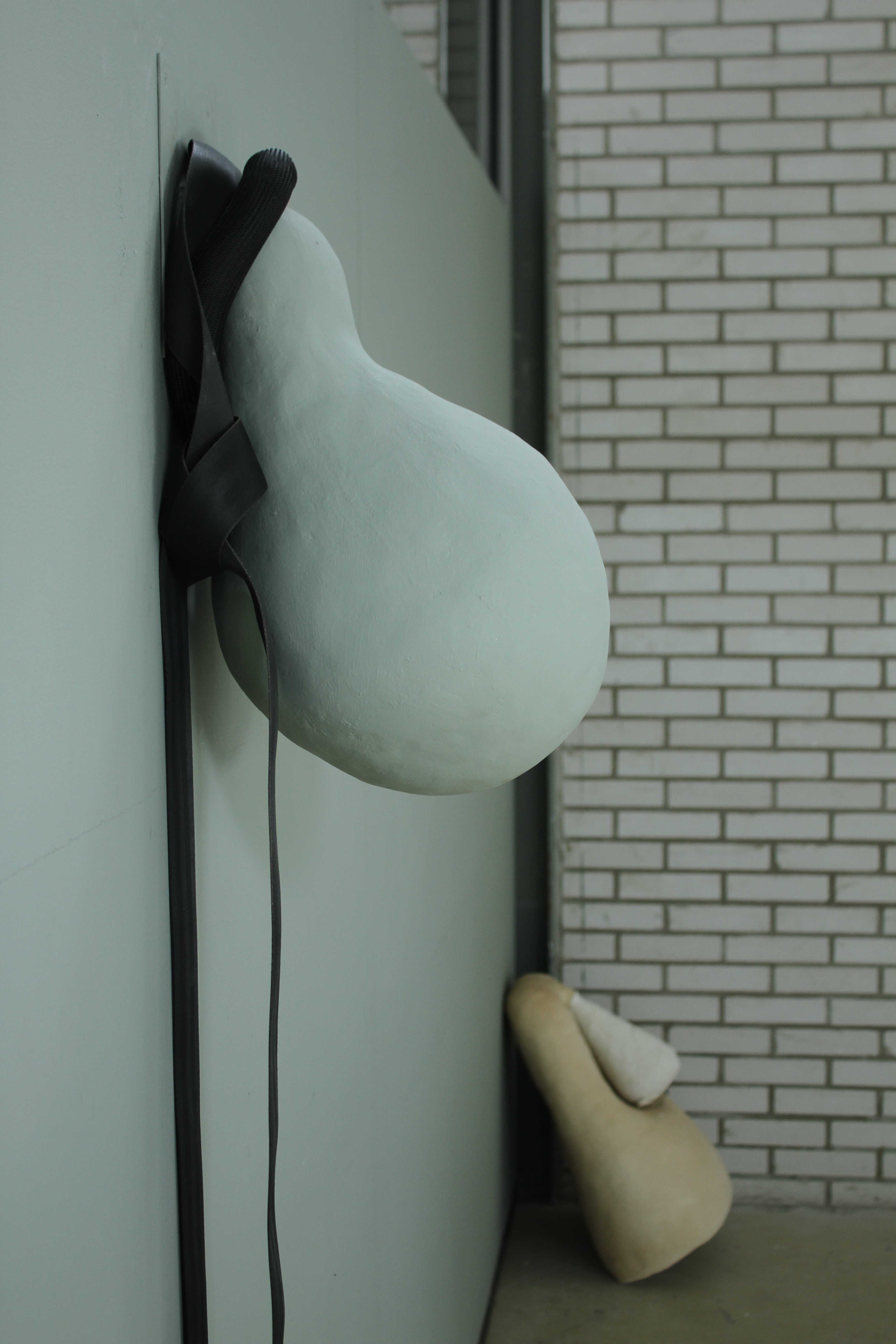