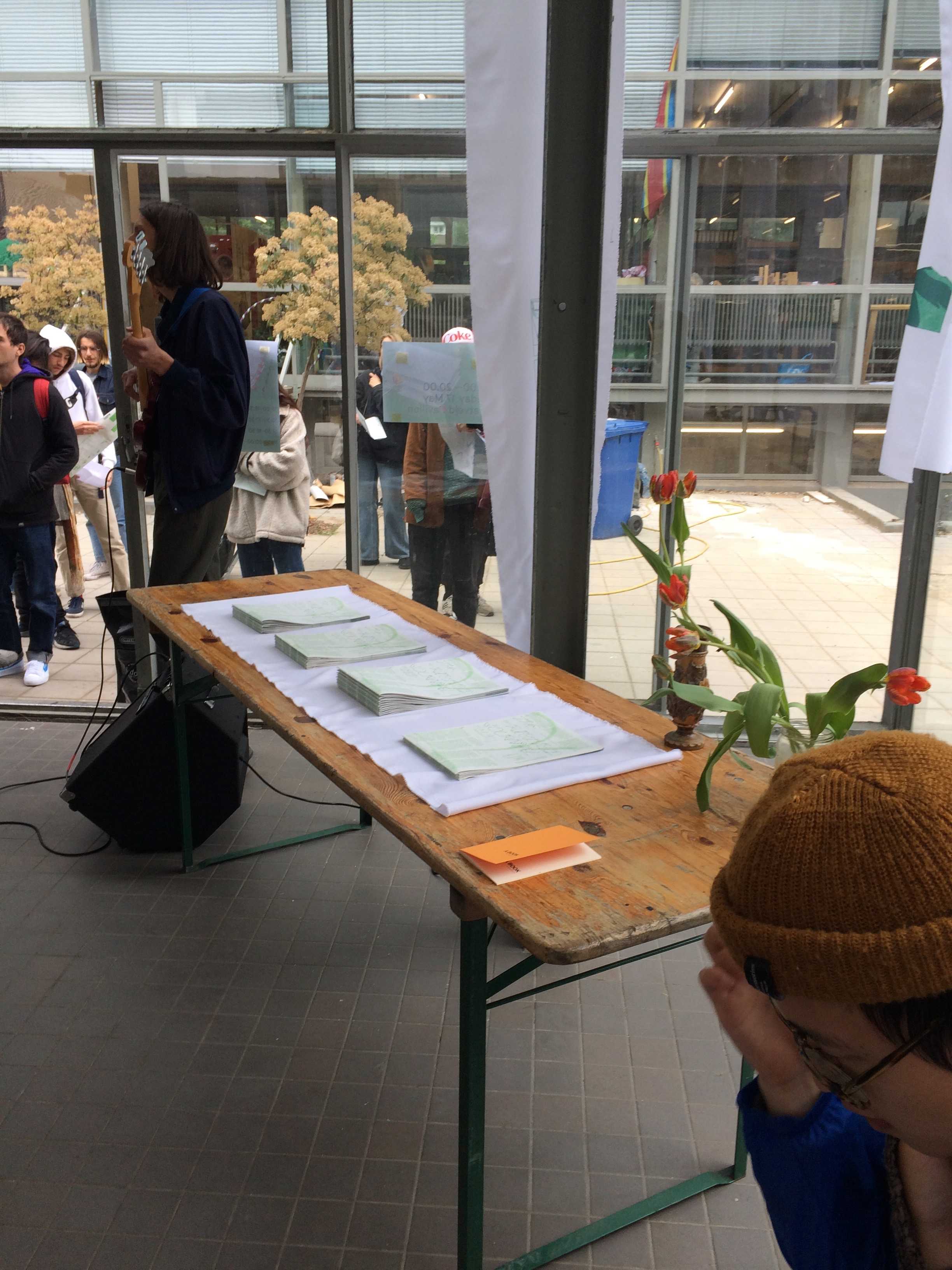 Not so long ago, in a grey building in a grey season,

Two minds, Irene de Gelder and Gersande Schellinx met as one to work towards the same idea: the Rietveld Journal. Along the way, two minds became four and four became a constantly growing number of minds.

The first Rietveld Journal who came out in May 2019 is a landscape made by works of individuals intertwined together on paper, presented in a typeface inspired by our contributors signatures, made by the frist graphic designers the Rietveld Journal encountered: César Rogers and Ken Wenrui Zhao.