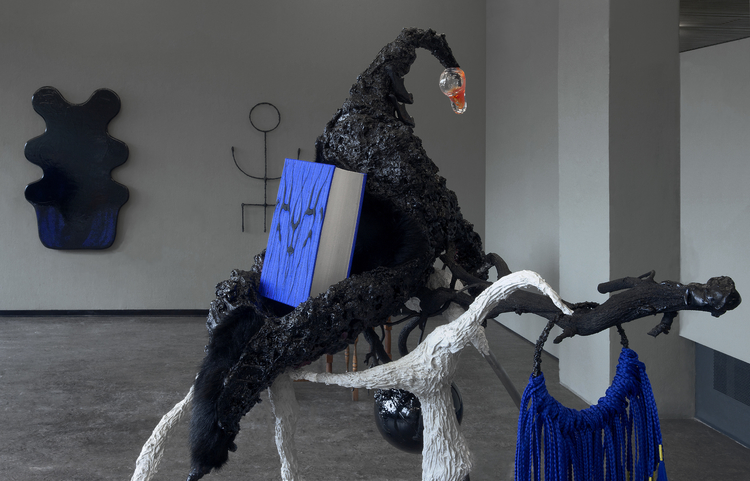 In the work of Nomin Zezegmaa, theory and practice deviate along an elusive spectrum of matter and non-matter. Employing and exploring immaterial entities, digging into non-linear histories, embodied and experienced memory, the often sculptural and tactile works find fluid expression in an amorphous multiplicity of medium and material.

Through a chimeric gaze, the question of objecthood make transmutation, ambiguity and shape-shifting inherent signifiers in the mythopoeic story-telling of her practice through which she operates as a mediator, translator and connector between realms of an ancient past, geographical non-localities, and the rich void of the world wide web—to imagine, fiction and speculate other potentialities, futures and world(beings). 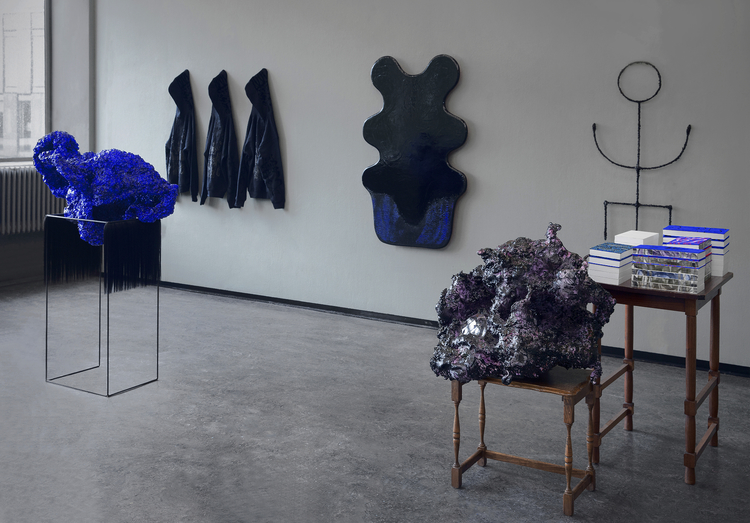 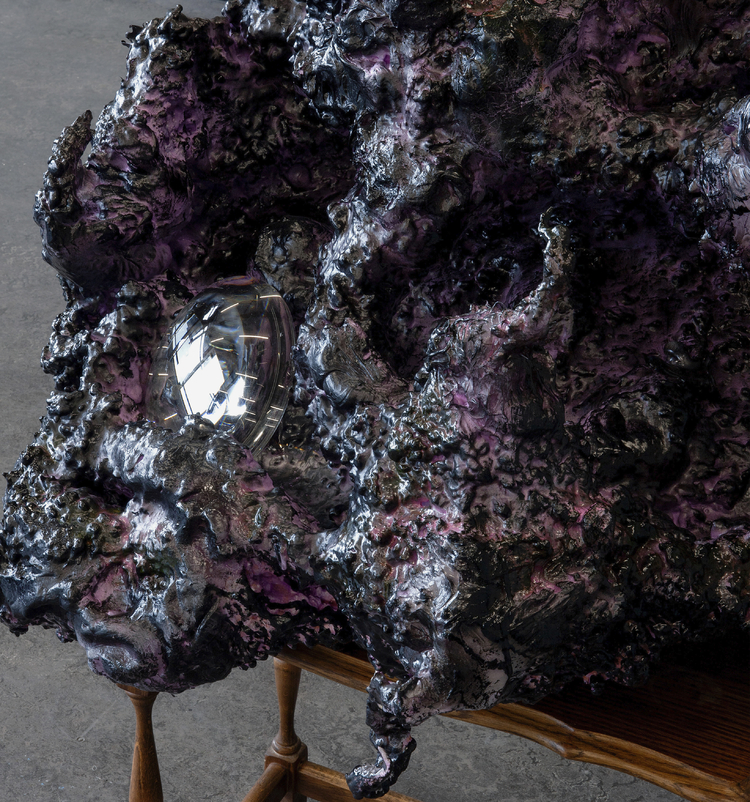 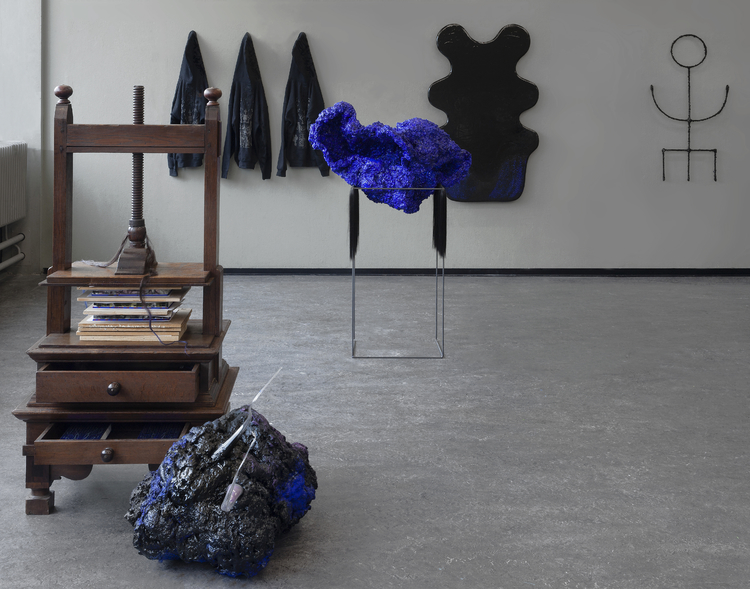 THE SHAMANIC GAZE   The Enactment/Kairos 1.0 of Mongol Futurist Ways of Being

The exhibition enacts, embodies and excavates resilience in historical, cultural and genealogical matter. Invoking an uncanny, intangible ambguitiy that questions the spectrum of objecthood, matter and being, where applied arts and unapplied arts meet on equal grounds. 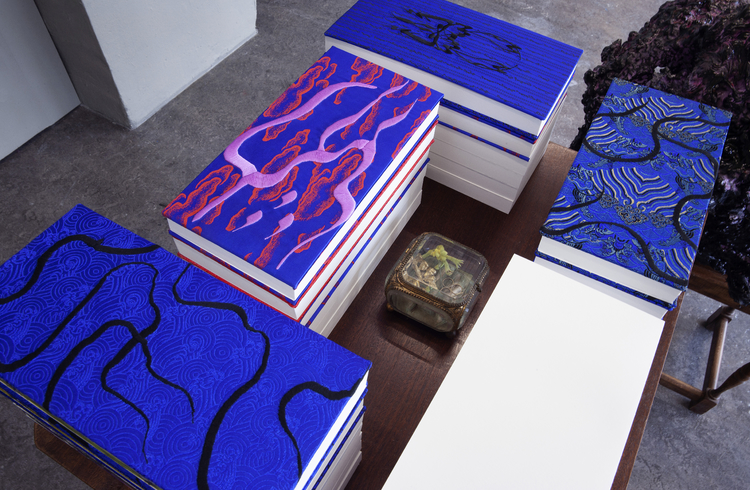 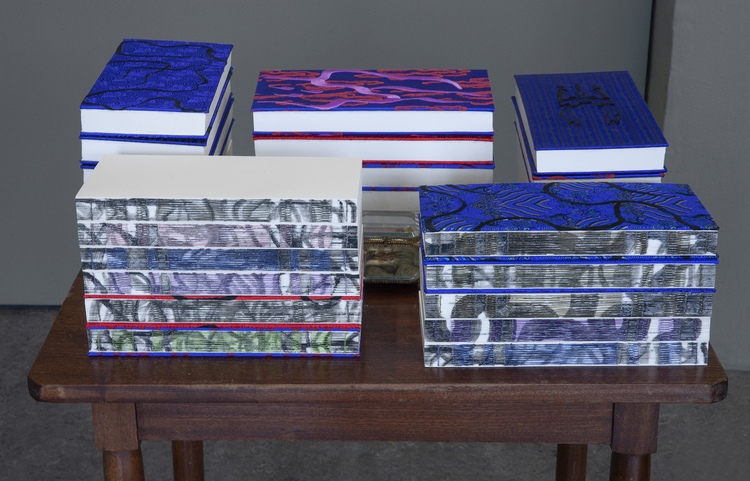 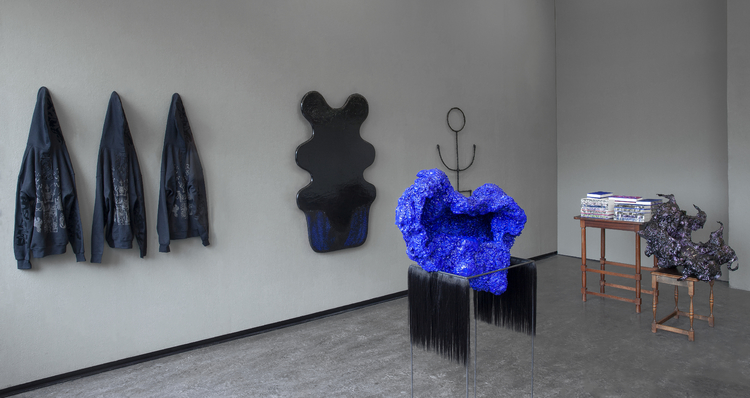 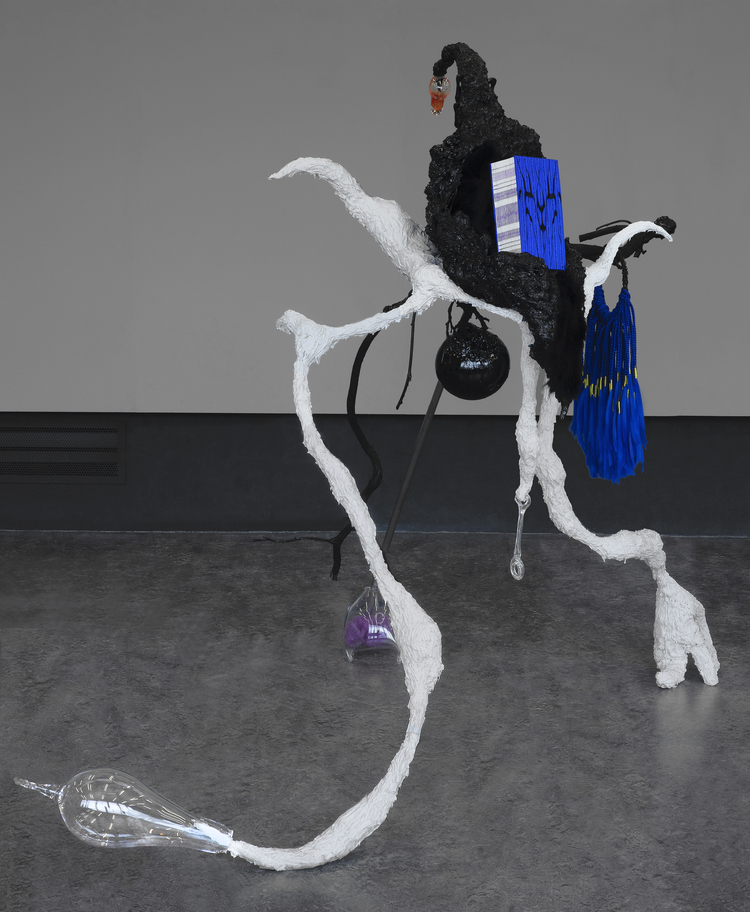 Translated by Moonlight/  The Epic of Geser Khan

A version of the epic of Geser Khan, an oral epic dating to the 11th century was found on Sarangerel Odigan’s reconstructed, waybackmachine-d website after her death in 2006. A shamaness herself, she published two books on Mongol shamanism in 2001 and 2002, simultaneously working on the translation of the Buryat version of the nine chapter epic. whether she translated an already transcribed version, or translated directly from an oral performance is unknown, including her sources.Not only is this body of work her unfinished legacy, it is an extremely important socio-political and cultural remnant and survivor of violent efforts of erasure and suppression. The first printed version was a Mongolian text published in Beijing in 1716.

The legacy of Sarangerel, the narrative itself—the emotionalized weight it is loaded with—find reincarnation as a central element of a sculptural piece, that tweaks, twists and turns the mechanisms of the objecthood of books and how we fundamentally engage with them. While acknowledging the paradox of the euro-centric mechanism of preserving, distributing and weaponizing books against the ‘other’, opposed to the more fluid transmission of generational knowledge through oral tradition and story-telling, the work aims to precisely elicit and point towards this ambiguity, yet allow for an autvonomous coming into being and meeting of polarities. 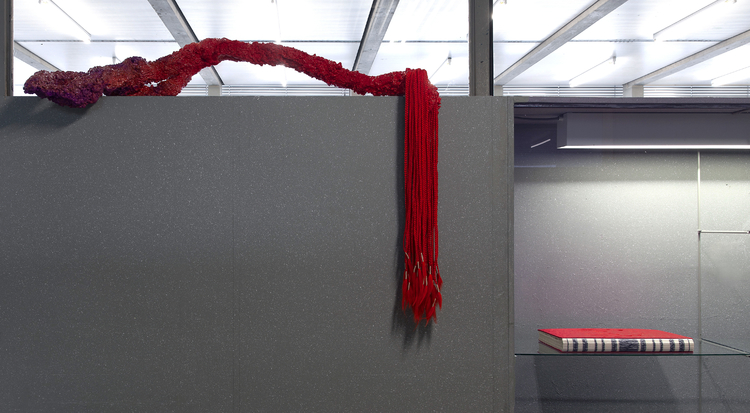