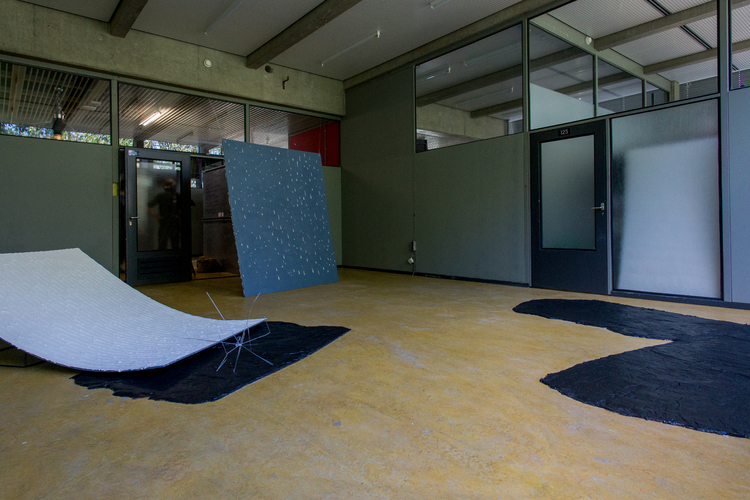 Somewhere between the memory 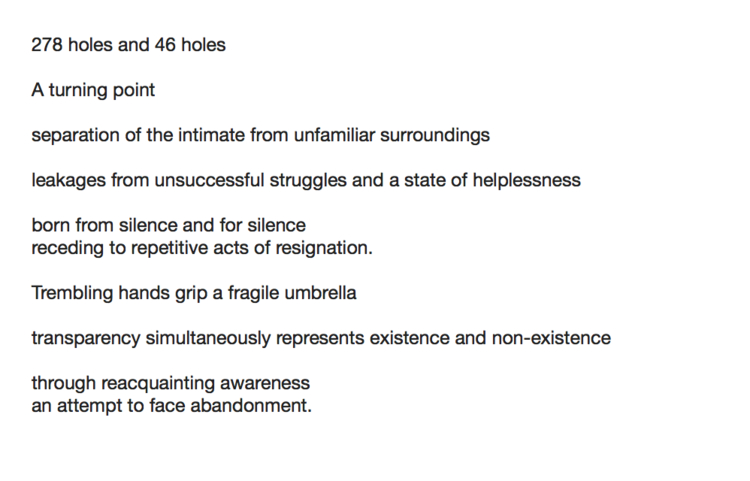 Through a series of glass objects and paintings, HyoJung Choi explores unproductive time and loneliness. “Somewhere between the memory” are made with repetitive strokes with the same colour and shape. The paintings are rigid and tense on one side and leaking and porous on the other. The largest painting consists of 278 holes, whereas the smaller painting has 46 holes to mark the months since a major turning point in the artist’s life. By boring holes into the painting and allowing the liquid to leak, Choi enacts the grip of helplessness that she is unable to overthrow.

The series of borosilicate glass objects “Somewhere between the memory” tells of Choi’s deep loneliness and her attempt to redefine the abandoned object. The glass works are formed on the edge of existence and destruction. She also trying to capture the potential of abandoned objects by describing what is left in them, and investigate the relationship between resignation and rest. The transparent nature of glass express both the existence and non-existence of an object simultaneously. In this way, Choi is able to express the ephemerality of the object through the material. 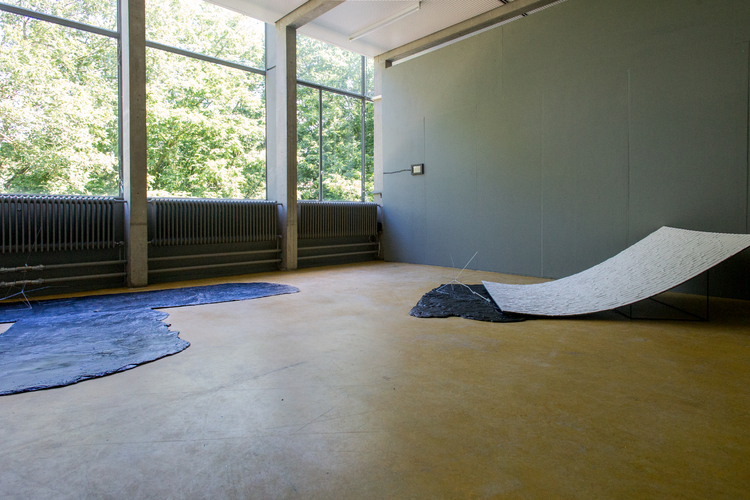 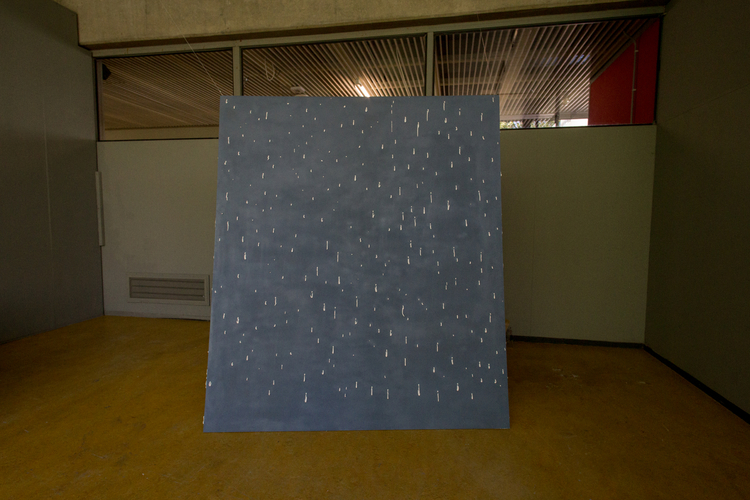 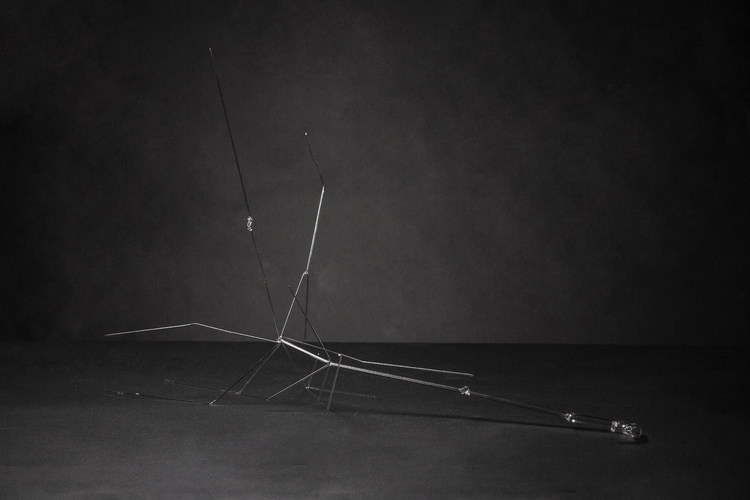 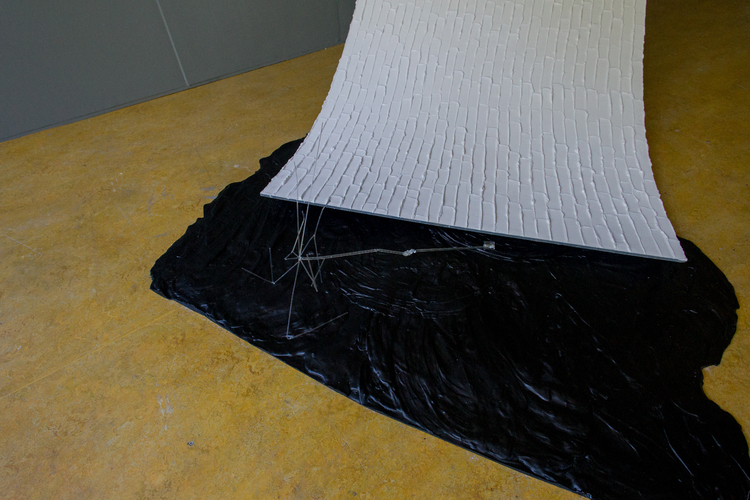