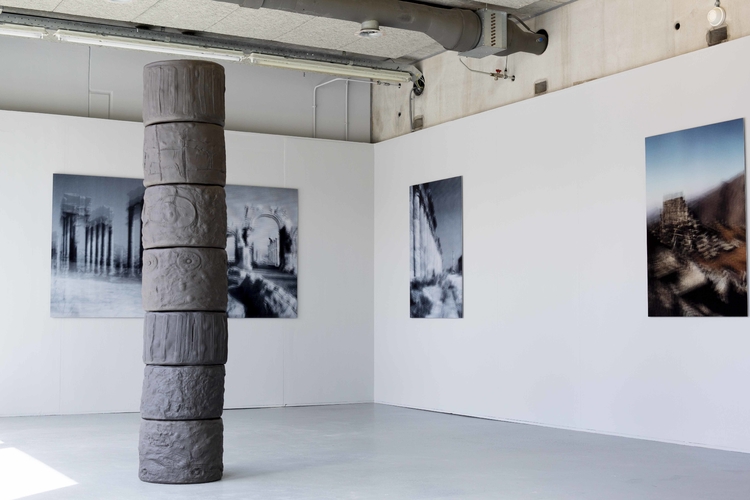 In a world of non-stop transformation even the most durable objects are invisibly decaying. Urban structures built with rigid materials provide an illusion of stability, but the cracks and erosion visible on ruins reveal the persistence of inevitable transformation overtime. Time flows uninterruptedly, nevertheless, to structure our lives the passing of time has been divided in fragments of years, months and minutes, resembling an animation that consists of consecutive still images. Such staccato movements resonate the way all manmade architecture is basically constructed: elements are stacked on top of each other reaching up for the sky in vertical intermittence and repetition.

This graduation work was created from a fascination for the decaying processes of ancient temples, Mesopotamian wall reliefs and stone fundaments. The experiments that I conducted with ceramics and solid glaze play with the contradiction of fluidity and solidity at the same time. These materials transform from malleable substances into a durable and fixed form. I used their (initially) formable qualities to create shapes and images that generate traces of movements. For this, I stencilled reliefs on clay, transferred them to solid glaze with the aim of depicting time-based movements as a shifted sequence. Such motives were inspired by interlaced video footage. The photographs with shifted arrangements on the wall, as integral part of the installation, reveal a similar fragmentation as in the sculptures. They mutually reinforce one another by the continuous interplay between them. 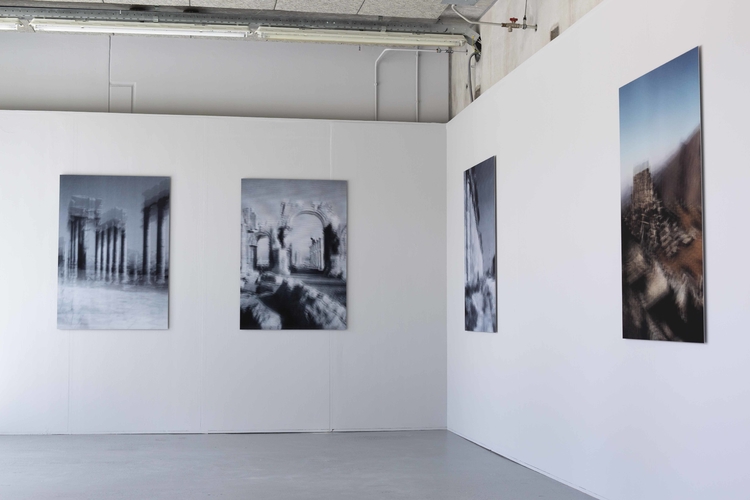 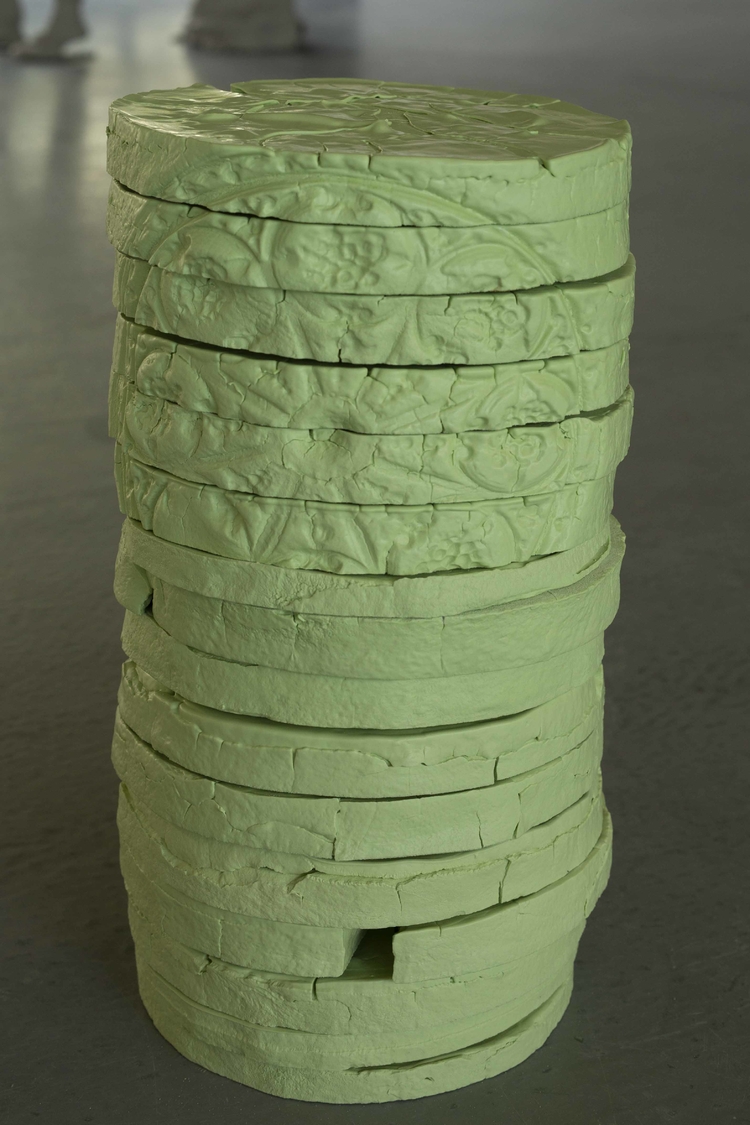