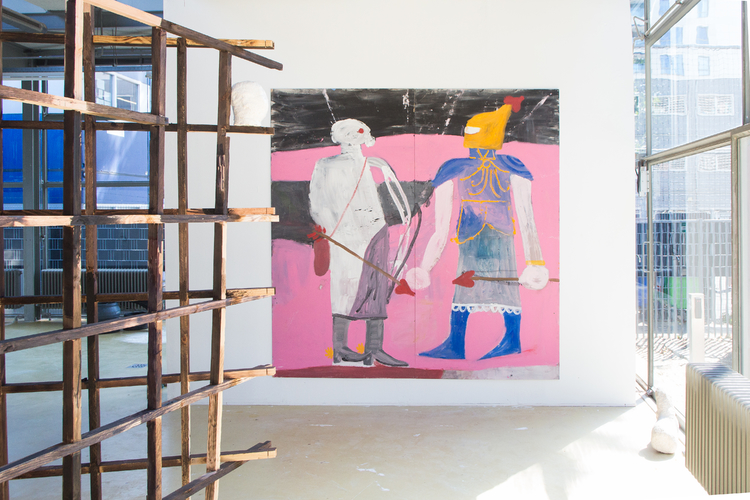 There is an elephant in the room. It takes the form of a cock mask worn by a beer drinking wolf. Other stuff is in the room too. A rake, a fish, a skeleton, a spiral, a frog, a face… The subjects included in the paintings of David range from boorish to affable. Through their movement into new and unfamiliar realms David questions their casual status as symbols. The technical combination of these subjects seems both frantic and layered and in each painting it becomes hard to define whether we are witnessing a collage of separate motifs or a scene. Both readings are simultaneously possible but if we treat them as scenes the paintings stand as snapshots of its early stages. Potential narratives are proposed, set-up, but left to be played out by ourselves. 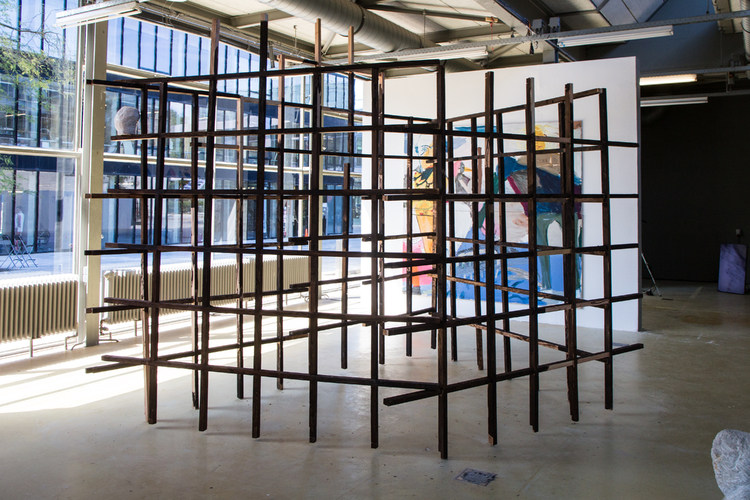 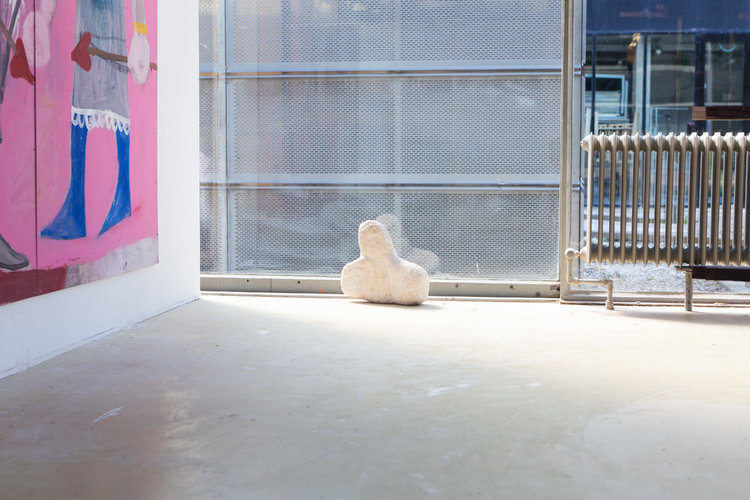 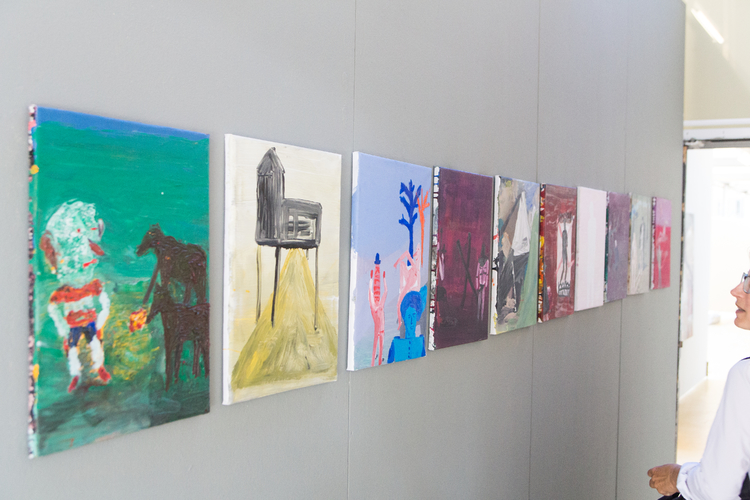