FUTURES OF EDUCATION IN THE ARTS

The editorial board intercurricular programmes of the Gerrit Rietveld Academie presents a series of 5 lectures to discuss a number of educational questions relevant to the academy for art and design, and in anticipation of Future Practices.

The first talk is by Maria Hlavajova. In her talk 'Learning to Live Together Otherwise', she ponders on the notion of “critical pedagogy” in the current neoliberal predicament, and in particular the urgency attached to “learning” within the present-day “logistical capitalism.”

Building on the concrete praxis of BAK, basis voor actuele kunst, Utrecht, she elaborates on the processes of learning as aesthetico-political experimentations with alternatives to the society we know today. It is a kind of collective learning “before the fact” as it were: learning in advance what does not yet exist. Examples include New World Academy (2013–2016, with artist Jonas Staal), Here We Are Academy (2015, with We Are Here collective of refugees in limbo in Amsterdam), and Trainings for the Not-Yet (2019–2020, co-convened with artist Jeanne van Heeswijk). 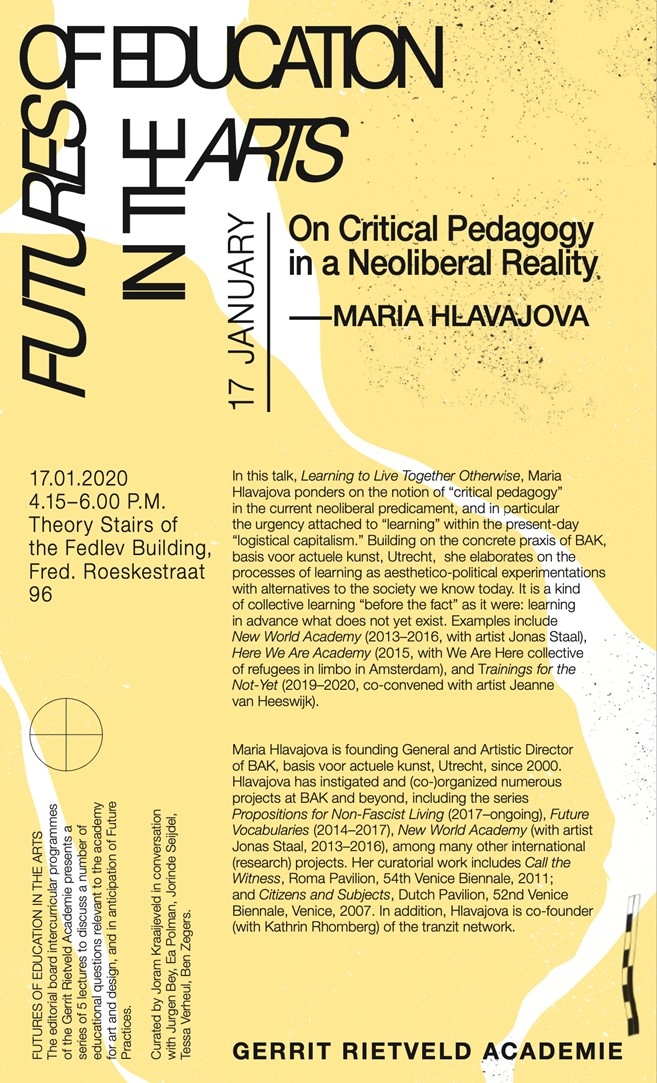