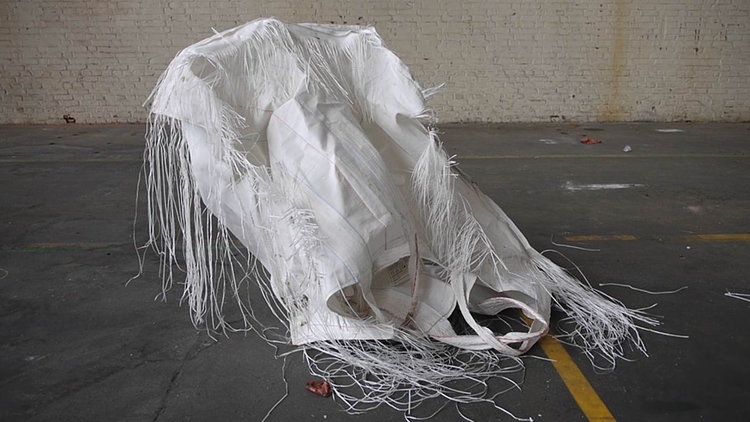 Dust yourself off and try again

Found materials and ready made items are being treated with some kind of softness, roughness, minimal gestures

I employ different material, they don’t carry any transcendental meaning. They invent me, I invent them. Their existence triggers my curiosity.

When does material exist? When you touch it? They take on meaning when coexisting with humans.

My focus lays on the relation between myself and material. I concentrate on the process of creation, creating also means deconstructing or reconstruction. Every gesture leaves a trace that reacts on the whole, that’s how I question the identity of objects, material and places. What happens to the identity of a material when you translate it into another material?

Being with my hands

Once I found an old black plastic cover. Its physicality, the intense black plastic, attracted me. I took it apart as I unravelled the woven structure thread by thread. Black plastic fibers filled my studio space as I continued to tear it apart. Fingernails got black, my hands knew exactly how to untangle, unravel and rip the threads out of the structure. Its presence introduced a sort sense stillness and isolation in my studio that, at the same time, was very palpable and divine. After I deconstruct, a new structure was created. It begins a new process of reconstruction. It dances along with me. By removing characteristics and function there is more space for a transformation that goes beyond the ‘recognizable’. I pursue this thought in order to reach a form of rest and standstill. Working from the material itself, it dedicates me in how a form should develop. The material I employ, caught my eye because it was mostly anonymous as their history remains obscure yet each item previously occupied a place in someones life as they where located on the side of the street, ready to be thrown away. Their original context almost didn’t exist anymore. This works beneficial to me. No associations or no origin means experimenting endlessly. I will try to make what’s lost tangible again. To re-materialize by deconstructing. By this deconstruction the status of the material is confused. Is it a thing? A process? Or both? And if it’s a process, where will it lead?

I now turned material inside out, to reach beneath the skin, penetrate its surface and tried to reveal a raw and fundamental state. Maybe the next step is that is dissolves completely?

I created dialogues, choreographies and eventually videos with them

Video documentation of that moment of intimacy influence the exchange with the material. On one hand, they are implicit and personal, on the other hand very public and explicit. The videos allow me to work in a process in which materials could disappear as soon as they revealed themselves. They trace the material in its passage through time, scale, hierarchies and differentiation. The videos are my memories of this personal dialogue. They imply that the material is more than mere matter to me. It’s something capable of talking back. 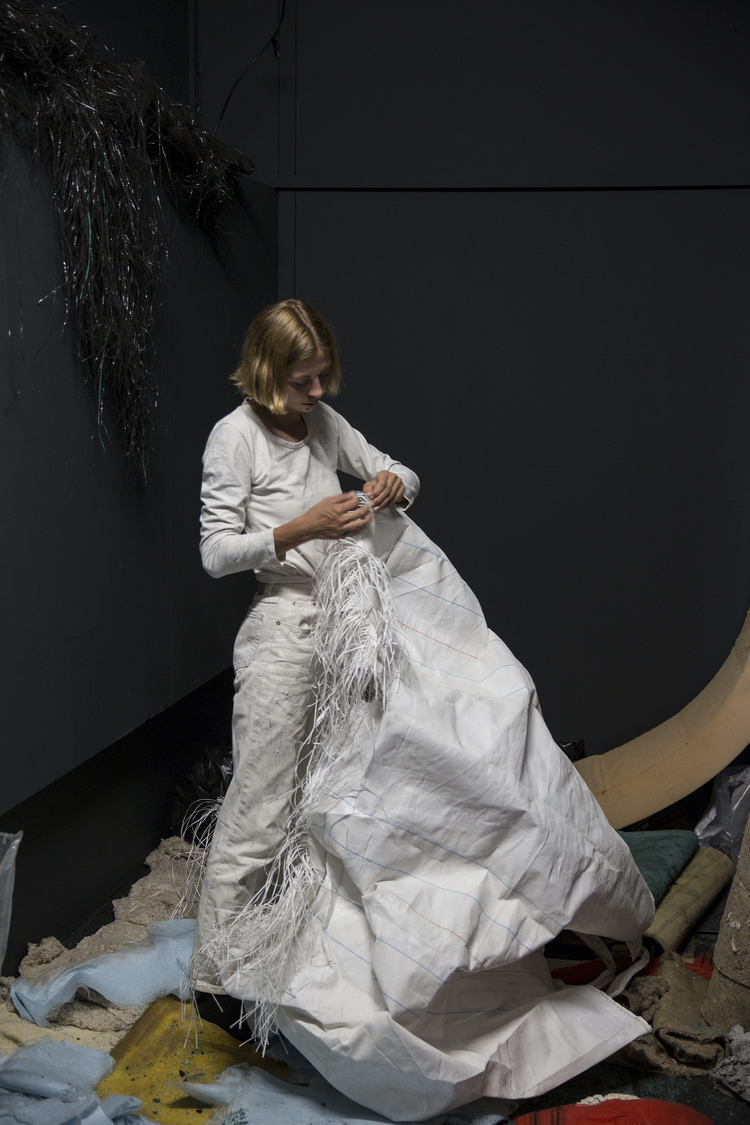 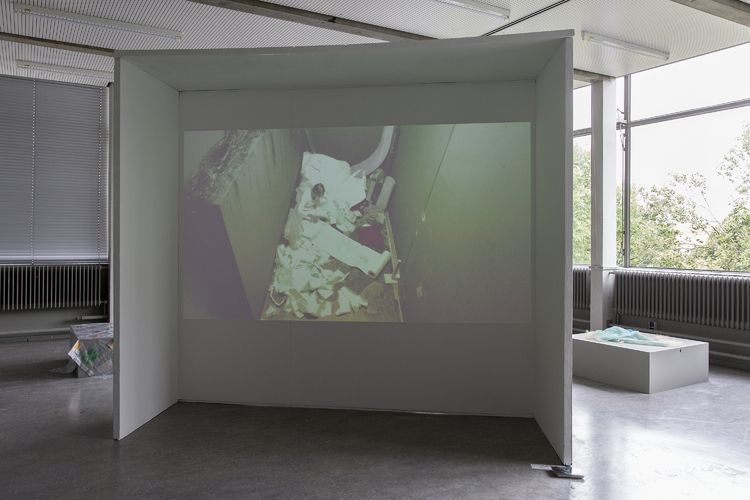