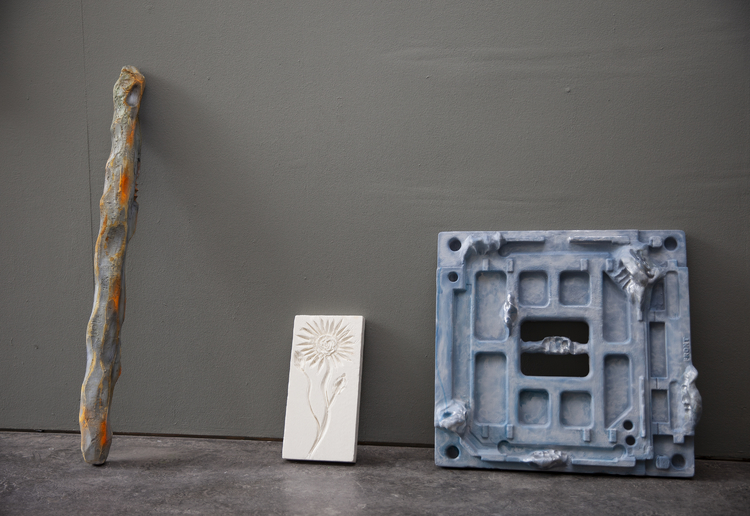 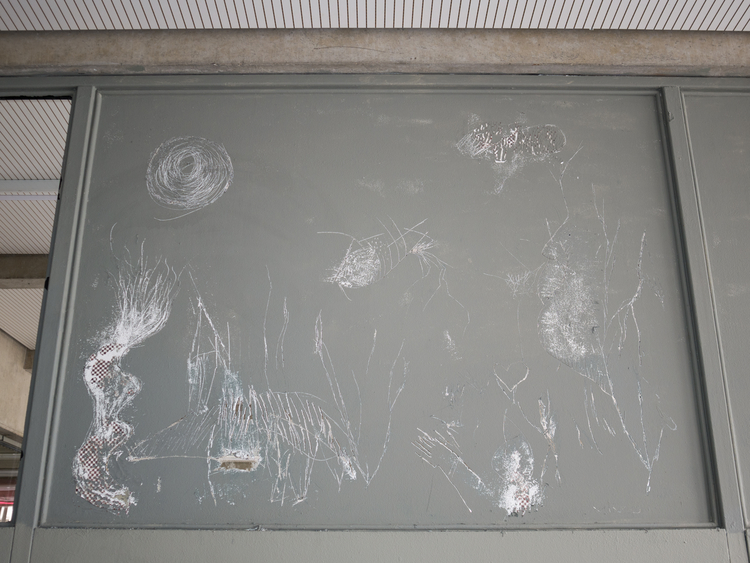 "Muscle Memory 1 & 2" consists of a series of sculptures exploring the formal dichotomies between industrially manufactured objects and traces of the human hand. In post-industrial societies the hand has been almost rendered obsolete. Simultaneously, manually fabricated products are getting hyped and the association of “craft” has become a prominent marketing prefix. Can forms reminiscent of manual interaction transform into ornamentation? With the rapid advances in digital technologies a growing alienation from physical bodies and textured surfaces seems to manifest. This work tries to examine the potentials for working with these tensions in the field of sculpture. 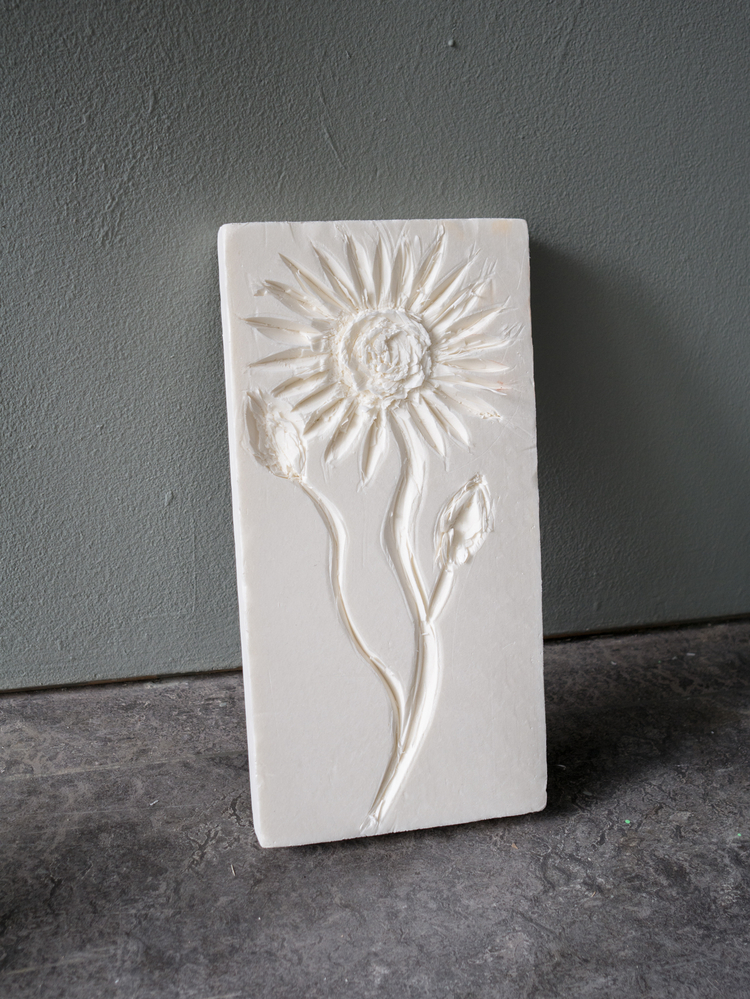 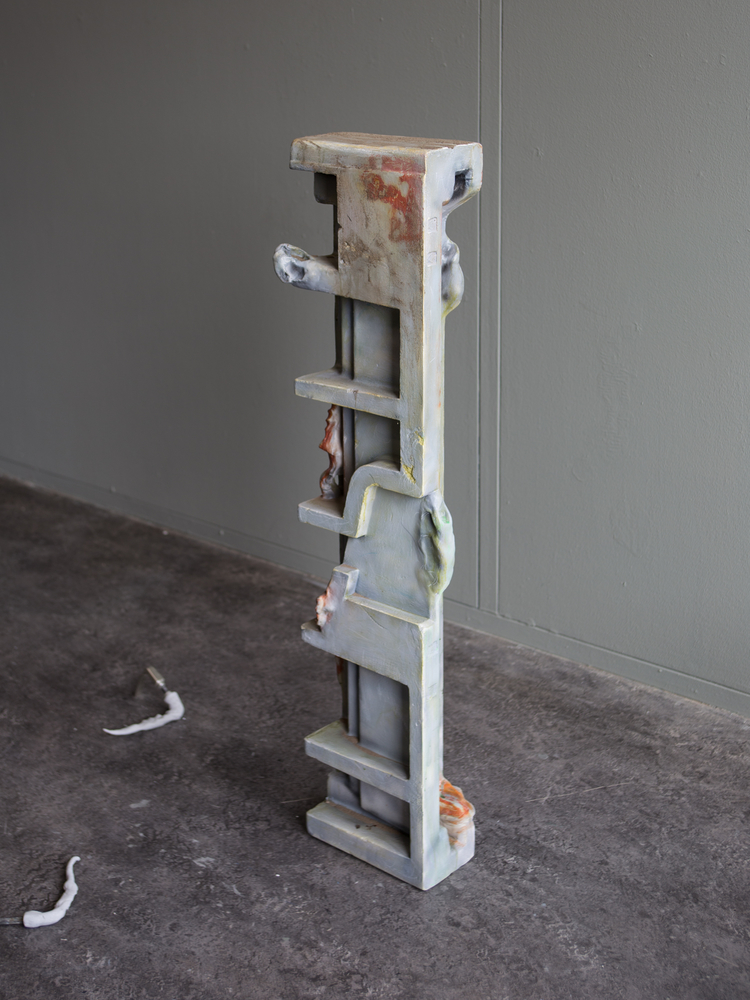 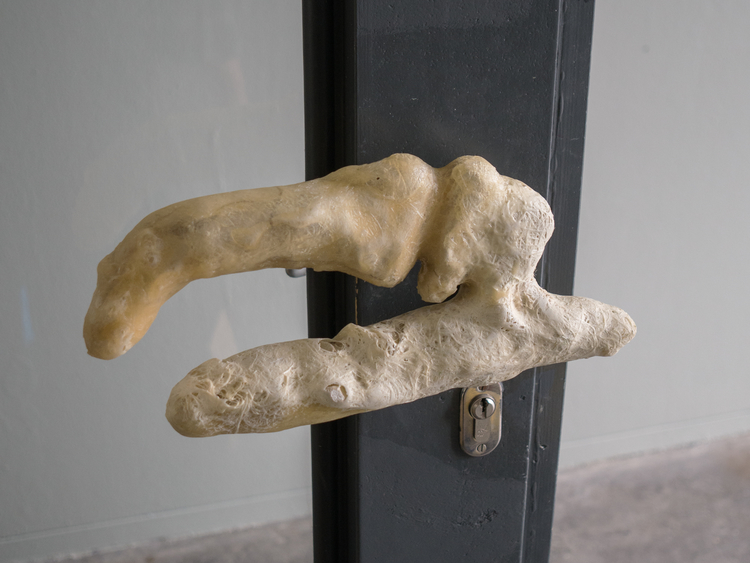 The frequency range of the human voice stretches from 80 Hz to 12 kHz. In contrast, the frequency range used in telephone telecommunication stretches only from 300 Hz to 3,4 kHz. It transmits only a small abstraction of the actual spoken. However, the human brain can fill in missing or barely understandable parts if they are in a structure like a sentence and by that make up for the reduced bandwidth. This phenomenon is defined as a psychoacoustic effect named the ‘Residual Effect’.

Sensing the root note of something without being given the full range of a signal is a principle that can be linked to many other sensations and touches upon the blurry fringe between a real event and hallucination. To some extent fiction will always constitute a part of what we apprehend as reality.

Residue is something which remains behind after an encounter. Something one needs to pay extra attention to in order to perceive it. The ‘Residual Effect’ is a habit which has become embedded in our brains. It is the residue of interactions with and through certain technologies and traces the adaptation to a confrontation with compression.

* It is possible to take a seat on the chimney boxes

Residual FX is a publishing platform / record label founded in 2018.

The first release is a compilation of tracks made by various artists. 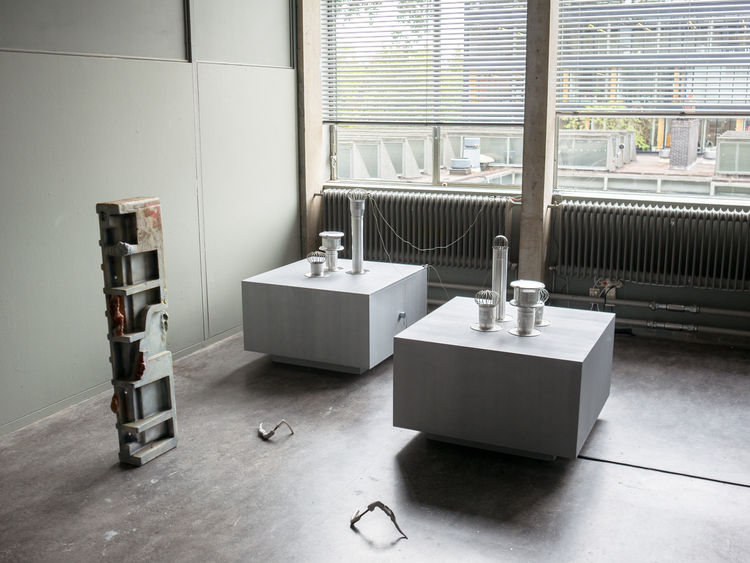 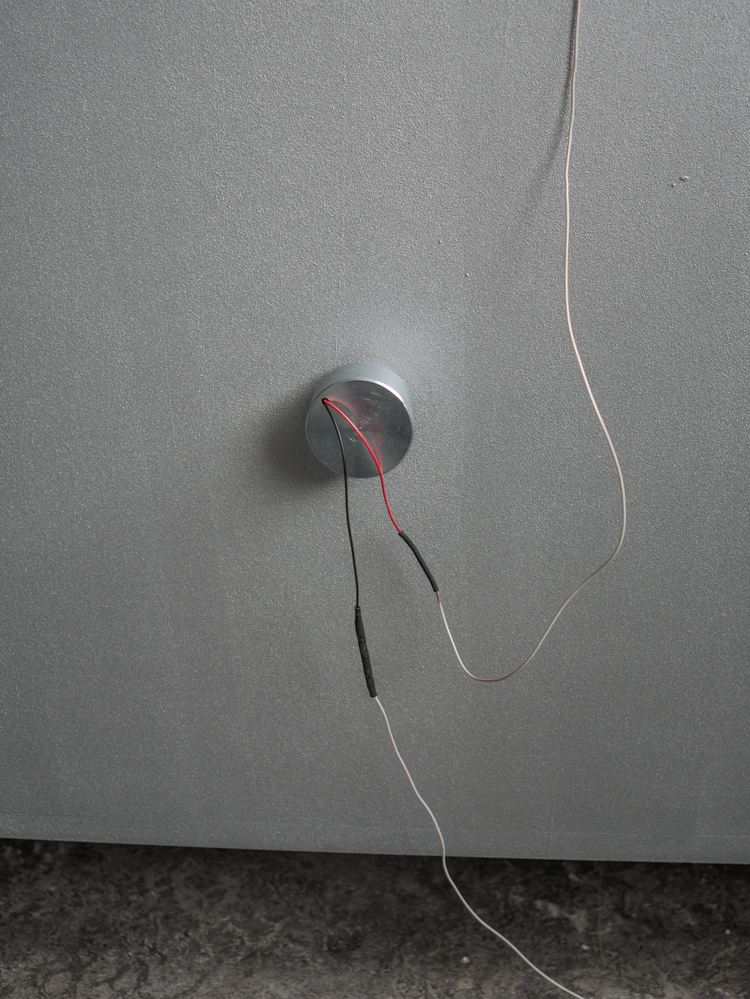 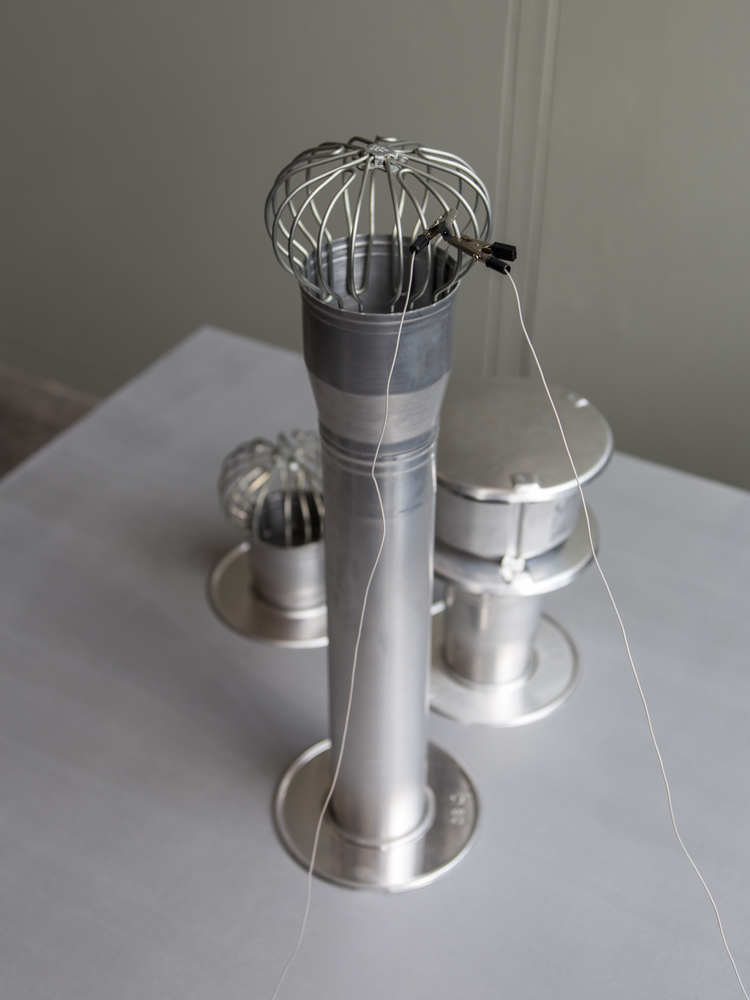 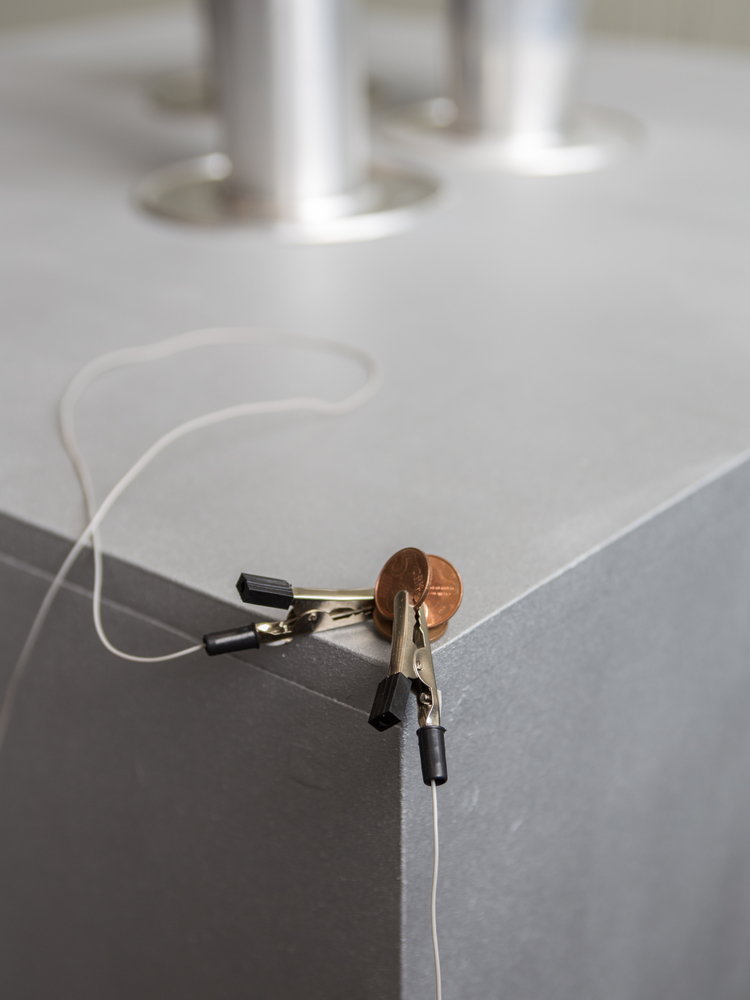 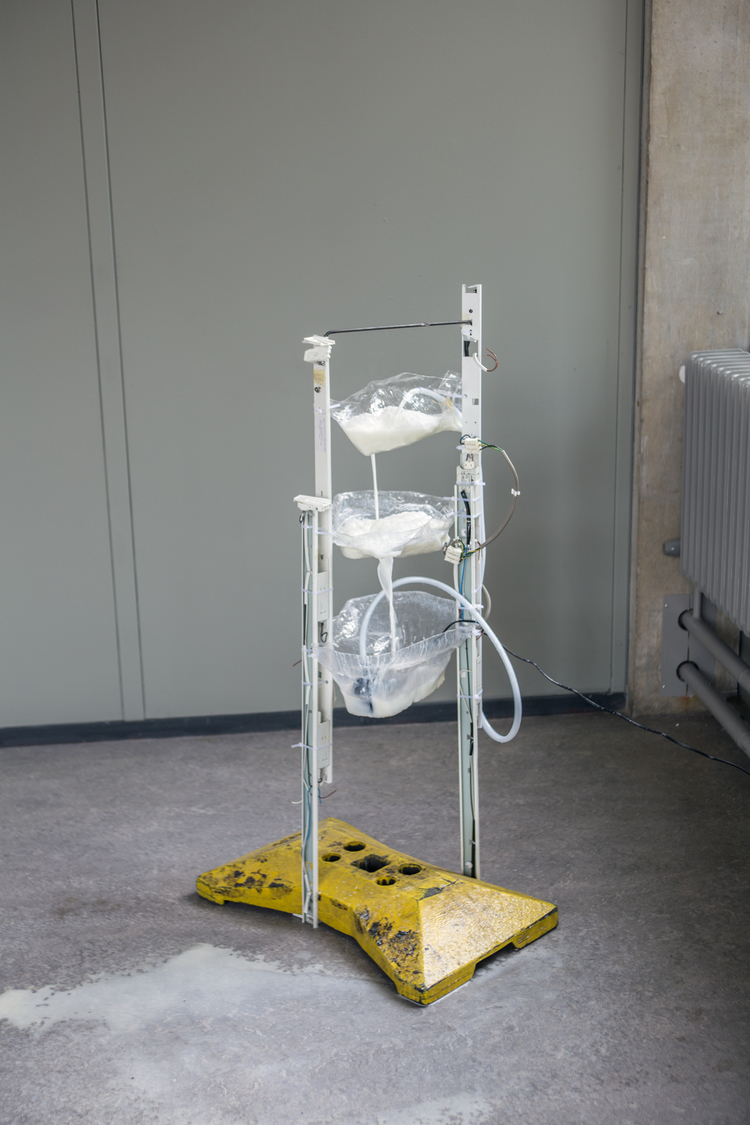