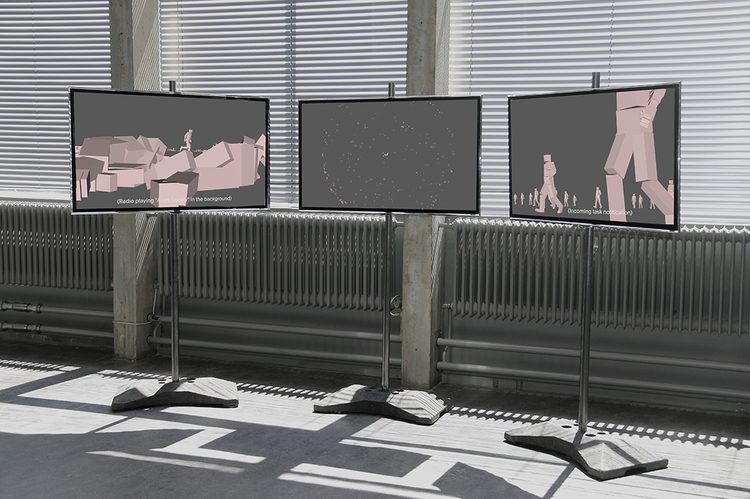 Mutations of the productive apparatus are generating new forms of corporate organization, heading towards an automation of workers management and a more decentralized division of labor. From animal behavior to cellular development, contemporary structures lean to emulate biological patterns of (self)-organization. Driven by the promises of a prosperous future, forced-entrepreneurs form a flexible swarm, a permanently on-call and connected organism. Tasks are distributed through a network of autonomous agents, fully-adaptable to span into variable environnements and reach their optimal efficiency. A permanently temporary labor force is growing at the edge of chaos, operating on the threshold of an unstable system.

Ant Drop Ant is an attempt at understanding relations between technology and labor organization through the development of crowd simulations materializing inherent structural patterns of such precarious ecosystems. Distributed in three channel, the video installation put in dialogue different perspectives of the simulation, building-up alternative narratives and parallel realities. 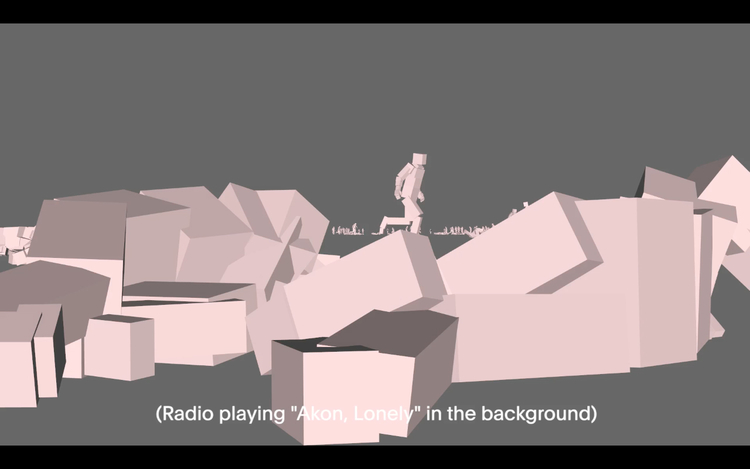 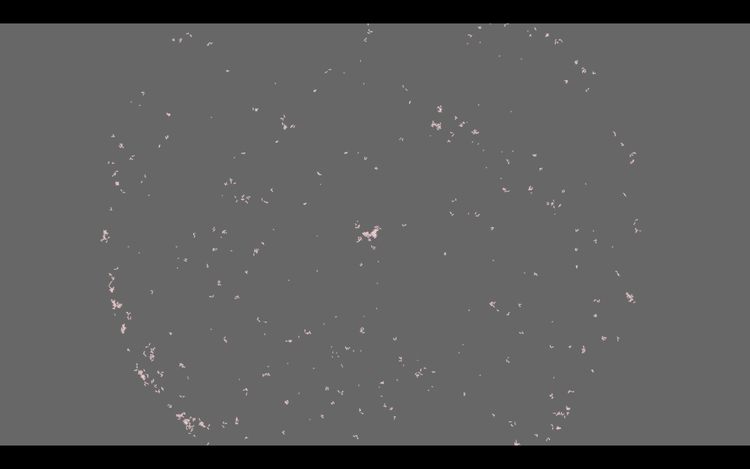 It is an artificial living organism, a parasite proxy growing on Wi-Fi networks. It intercepts user-generated content and drains the excess of semiotic flow from the host network. A parallel can be drawn between parasitic behaviors and contemporary logics of exploitation. As we operate in deceptive « free » communication frameworks, one can no longer exist beyond the reach of production. While nurturing neural networks databases in the perspective of a fully automated future, each bit of our online activity is processed into capital. Social language and productive forces are mutating to process the accumulation of intangible commodities. An infection of the social, framing cognitive and libidinal interactions within the repressive limits of (immaterial) labor.

Gone Phishing is an attempt at materializing a hidden infrastructure of production deeply rooted within our social realm. As a parasite occupies its host from the inside, alienation can no longer be understood as a dichotomy between the self and labor. The self under technological pressure becomes a node of the productive apparatus, and its alienation internalized. 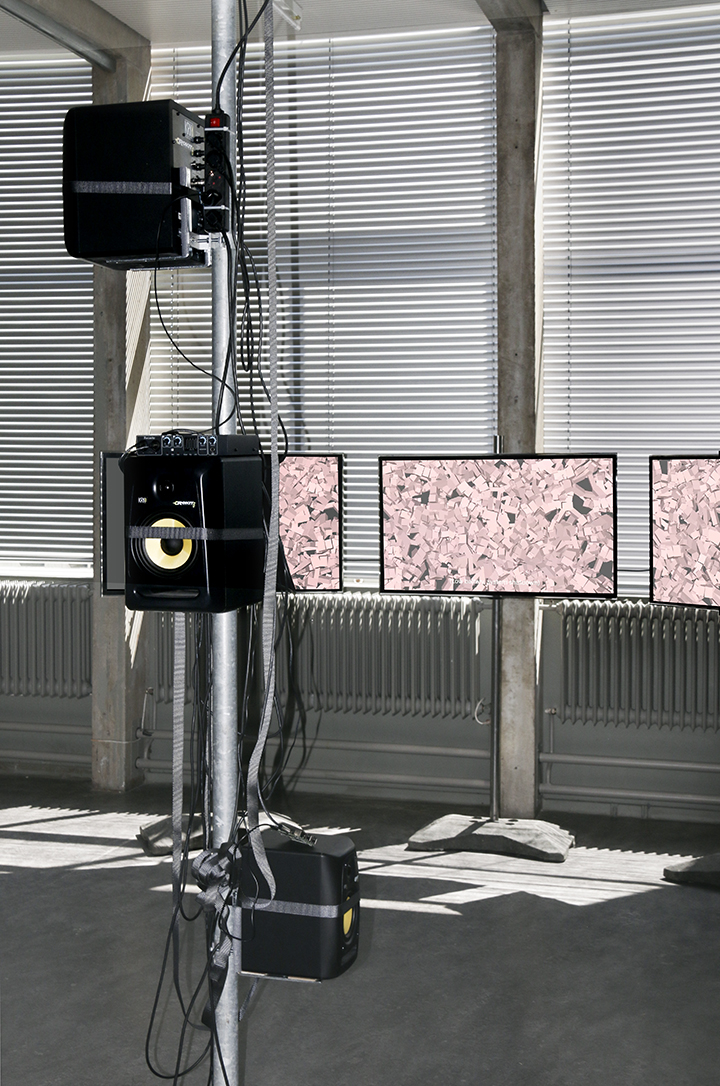 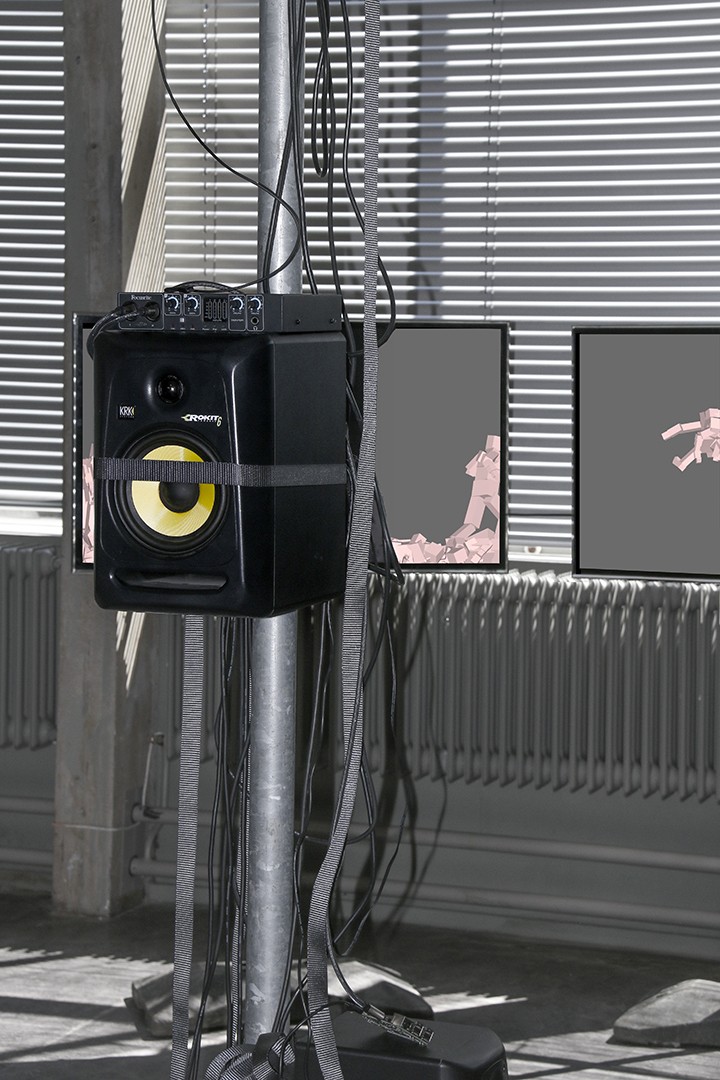