Elisabeth Maas / The shape of a landscape, the growth of a seed 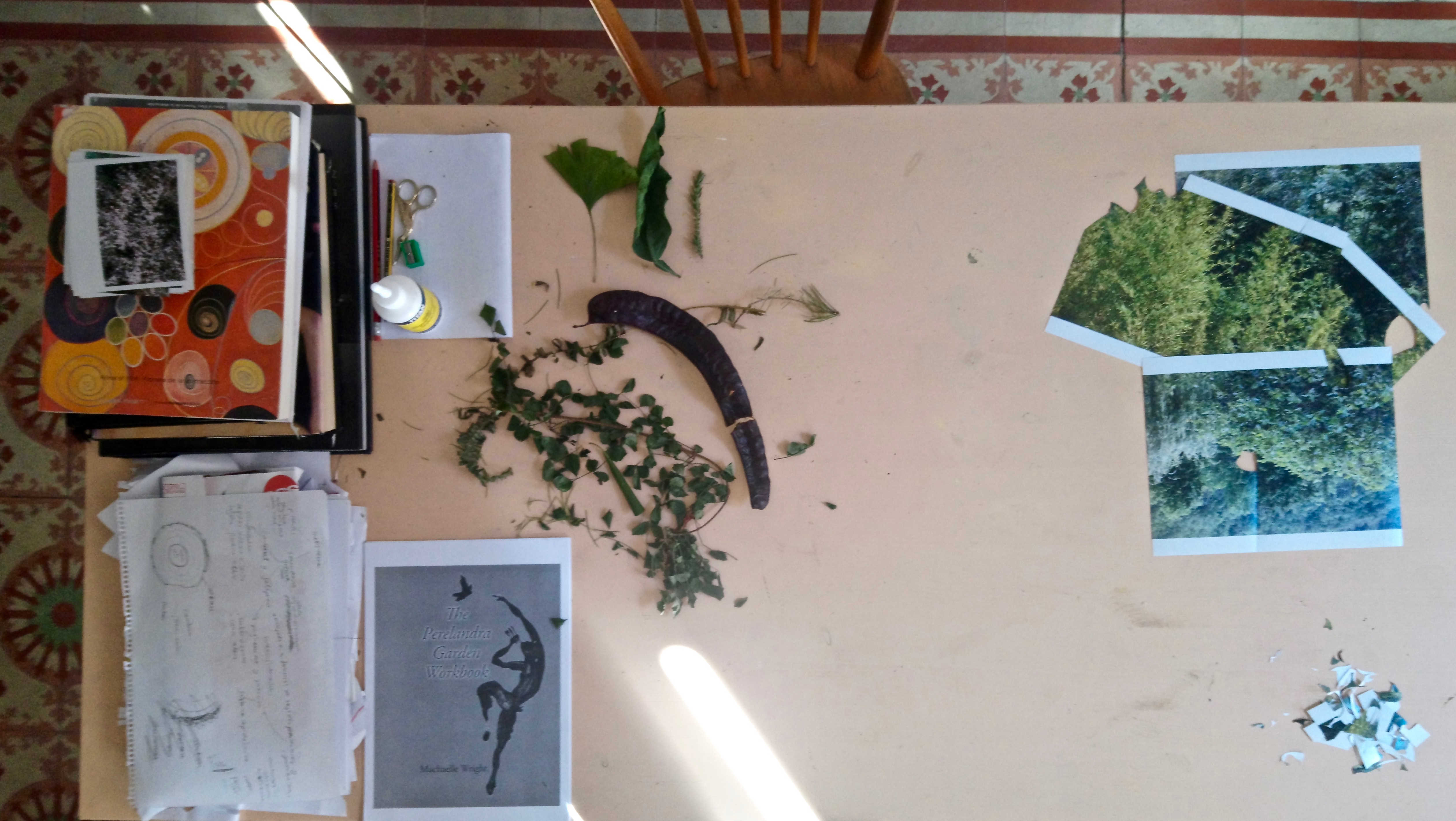 A chance trip to Spain puts me in touch with Elisabeth Maas, alumna of 2000, who moved to Barcelona a year after graduating. Her apartment is located in a buzzing street in the Gràcia neighbourhood, where a parlour flanking the living room serves as a small studio. The walls are fitted with a number of her photomontages, showing leafy treetops, wilderness and bushes that are constructed from tiny pieces of different photos stuck together. Some are framed, some displayed behind glass, others simply hang bare (“I’m still figuring out what works best,” she sighs).

Nature is having an increasing pull on Elisabeth Maas. After studying Graphic Design at the Gerrit Rietveld Academie, she has recently decided to start studying Landscape Architecture in Barcelona.

“My idea of studying Landscape Architecture actually first took flight with the photomontages. I started to think: I wish I could make these images in real life, use nature as my material, so to speak. I realized that this meant I would need to know more about how a landscape shapes itself. I want to know how nature works, how it grows; similar to how, you know, with paint, you learn that red and yellow makes orange, except that nature is always transforming, always shifting, so you need to anticipate the development of certain plants, the change of light. But I imagine that one day I will be able to compose my images of nature in a way that these shifts and changes are part of the image: an image of nature in nature, which is always transforming.”

What about your own transformation? You left your hometown for Amsterdam and then moved to Barcelona; you left the Minerva for the Gerrit Rietveld Academie and are now studying Landscape Architecture. How have these shifts shaped you?

“Studying graphic design at the Minerva art school in Groningen was a safe choice, easy, boring even. So when one of my favourite teachers, René Put, transferred to the Gerrit Rietveld Academie, I decided to follow and continue my studies there. The conceptual approach of the Rietveld suited me much better. I could explore more than just graphic design. I learned about poetry. I worked with photography. My tutors were Frans Oosterhof and Willem van Zoetendaal, who were also not solely graphic designers. They challenged me to make my own work. I didn’t have to focus on becoming a graphic designer alone.

And then, when I graduated, I just wasn’t ready to settle down. A friend told me about Barcelona, how thriving it was, how creative, and that all sounded very exciting to me. It turned out that some teachers from the Gerrit Rietveld Academie had contacts there, so I easily got a job at a graphic design studio. That job taught me the technical side of graphic design because, well, when I was still studying, computers were only just making their appearance. But, honestly, after a while I got sick of having to work with a computer all the time. It’s too restrictive for me, I missed the open, explorative attitude that worked so well for me at the Gerrit Rietveld Academie. So, when I became pregnant with my first child, I decided to quit working as a graphic designer.

Since then, I’ve picked up my artistic practice again, which started at Minerva and really grew at the Gerrit Rietveld Academie, where the circumstances were so fruitful for me. It’s a fragmented practice, but still, always, present. Of course, I do have to make money, so I ended up having a regular part-time office job at a business that organizes events for hockey professionals. It pays the bills and it gives me more time for my own work and study. Landscape Architecture does boil down to design in a way, just less graphic. The material is less flat, it’s nature, so you have to cultivate it more conceptually. In that sense, it’s closer to the conceptual approach that I liked at the Gerrit Rietveld Academie.”

Could you describe the Gerrit Rietveld Academie as a landscape? Did it cultivate your nature?

“Yes, exactly, you could put it that way. It was a landscape for exploration. I’ve always had a longing to broaden my horizon, to shift my boundaries. Making the journey pulls me forward, I think. The Gerrit Rietveld Academie made space for that. Maybe because of the fact that there were so many people from other countries, with different backgrounds, different associations … On the one hand, that landscape excited me, challenged me. I looked up to the teachers and fellow students, thinking: “Oh, they’re so good, they’re so knowledgeable!” On the other hand, I felt very much at home, it all made sense. At a certain point, it was almost like the Gerrit Rietveld Academie had its own language: Rietveld English. Everyone started to understand each other, regardless of their background or mother tongue. It was intuitive, in the sense that you sort of had to fill in the blanks from your own point of view, with your own cultural context. It probably wasn’t really proper English, but it definitely gave a feeling of connectivity and that was nice. In a way that defined the Rietveld landscape.

You know, language is really important, I think. Communication deeply interests me. That’s probably why I chose the Graphic Design department back then, but now I see it in a wider perspective, especially after living in Spain for so long as a Dutch person. For some people, communication is strictly practical. People like me, who moved to Barcelona from another country, learn the language as a tool just to function, to manage. But I think a lot of your nature is encapsulated in your language. The way you move in the world is partly defined by it. So, yes, that international, intuitive language at the Gerrit Rietveld Academie certainly did shape a fertile, fickle landscape for my own intuitive nature.”

Do you feel like you are harvesting the seeds planted in this landscape during your studies at the Gerrit Rietveld Academie?

“Absolutely. It feels like I’m finally starting to understand what it is that I actually learned during my time at the Gerrit Rietveld Academie, what seeds were planted in me then. Ah, let me think … It’s still hard to explain … But it has something to do with the ability to completely engage in your work, to become part of it.

Looking back I realize how much space there was for that during my time at the Gerrit Rietveld Academie, and how my intuitive way of working really had a chance to develop there. It wasn’t easy to keep it up later, as a graphic designer, because there were limits to be dealt with: the two-dimensionality of print, specific wishes of clients … But the seed for a more boundless sensory experience of things was definitely planted and has been growing in me since. It really connects to my desire to work with nature now. To create landscapes, to be intuitive, to associate, to continue the journey.”