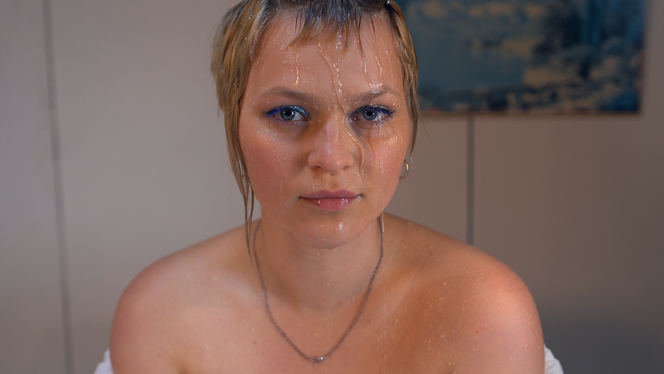 Astrid Ardagh, student in the VAV – moving image department, has won the Eye on Art Research Lab prize as it was voted ‘The film with the most urgency’.

During the Research Labs, Filmmuseum Eye gives the floor to a new generation of film makers and curators. On 12 February 2022 they organized the 10th edition of this one-day festival.

Students from different art academies and universities were asked to put together a programme featuring their own work and films from Eye’s collection. Research Labs do not follow a strict format and often result in a cultural crossover between film and other art forms. Once all the works had been shown, the Cherry Pickers, a group of students from the academies, will award the best programme, the most urgent work, the most surprising work with a Cherry and also will award a Wild Cherry. Astrid Ardagh’s film Leak was voted at the most urgent work.

Ardagh’s short film Leak, follows a woman as she goes to get her nails painted. Whilst the world around her is flooding she begins to leak. The film is a symbolic and experimental take on vanity, fluids and climate denial.

This programme took place on 12 February 2022 in Eye Filmmuseum in Amsterdam. There will be second screening for Rietveld and Sandberg students at the academy on 1 March 2022 at 18.00 hrs (more information soon on the intranet)