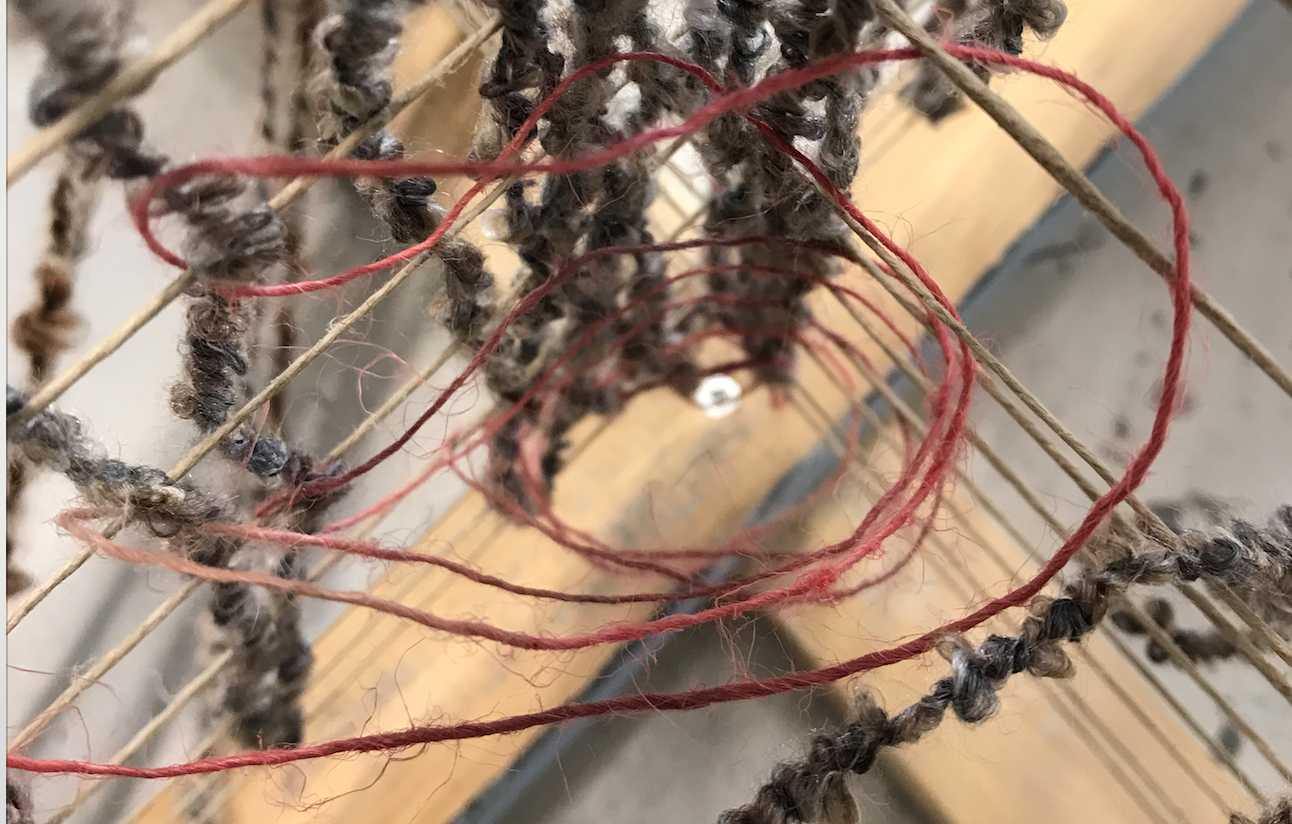 Tres textos y un telaris an installation composed of three texts and a sculptural piece, a three-dimensional loom where I tried to weave on space. The texts are the processing of my weaving endeavors during the first semester in Weaving class and were born as an attempt to ‘weave my voice’.The work centers around the need to reflect on my weaving experience, as I was not very attracted to the technique and found it difficult to connect with, at the beginning, and understanding why I wanted to work spatially. All of this questioning concluded in contemplations about how genuine is creativity. Is it possible to create from scratch without the influence of unwanted heritage, previous unconscious-lived/unlived experiences? These reflections were inspired by the exhibitionLet Textiles Talk at the Stedelijk Museum Amsterdam, as well as Theory classes and a guest lecture about hydro feminisms where we fluttered around the topic of inherited traumas. 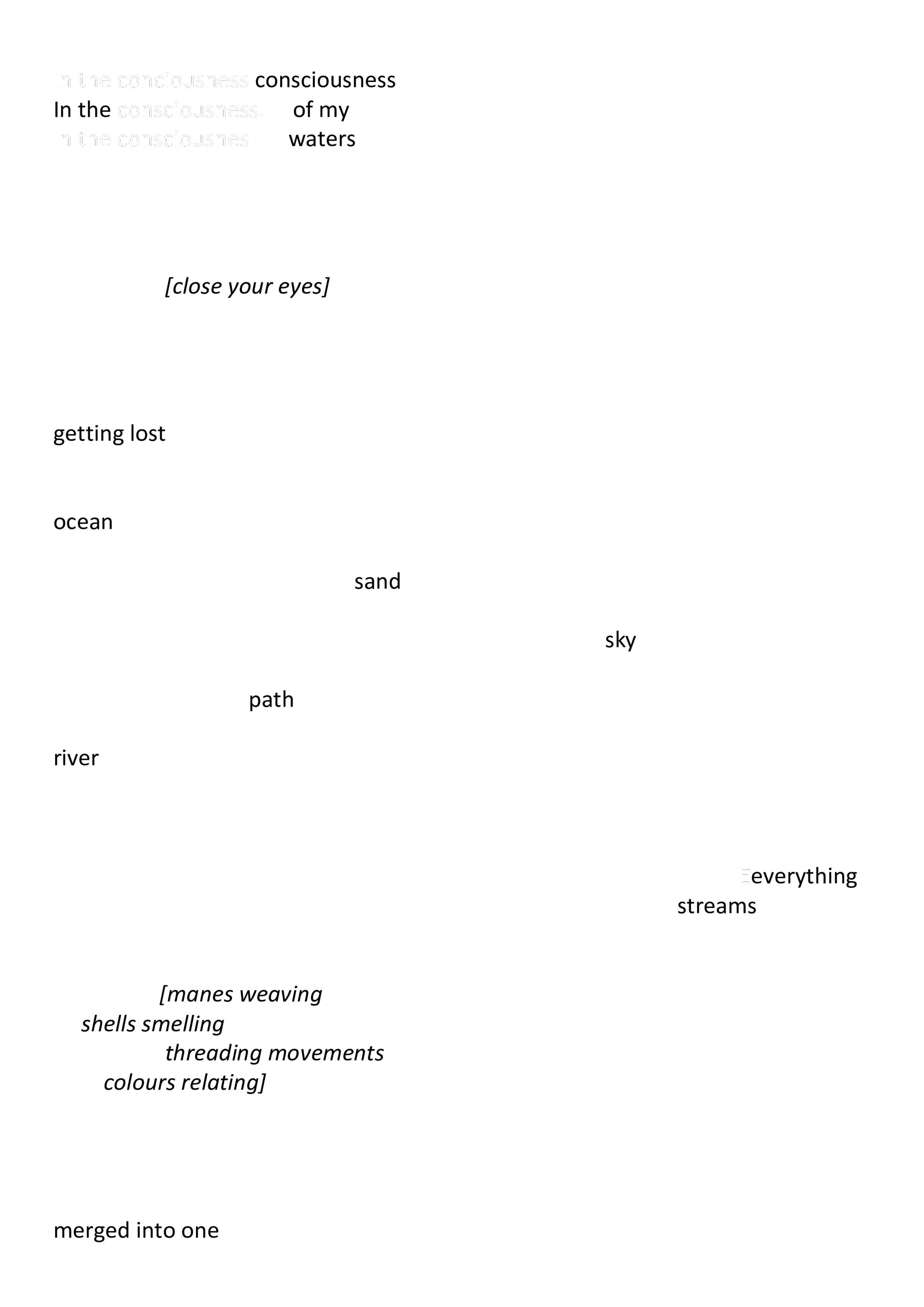 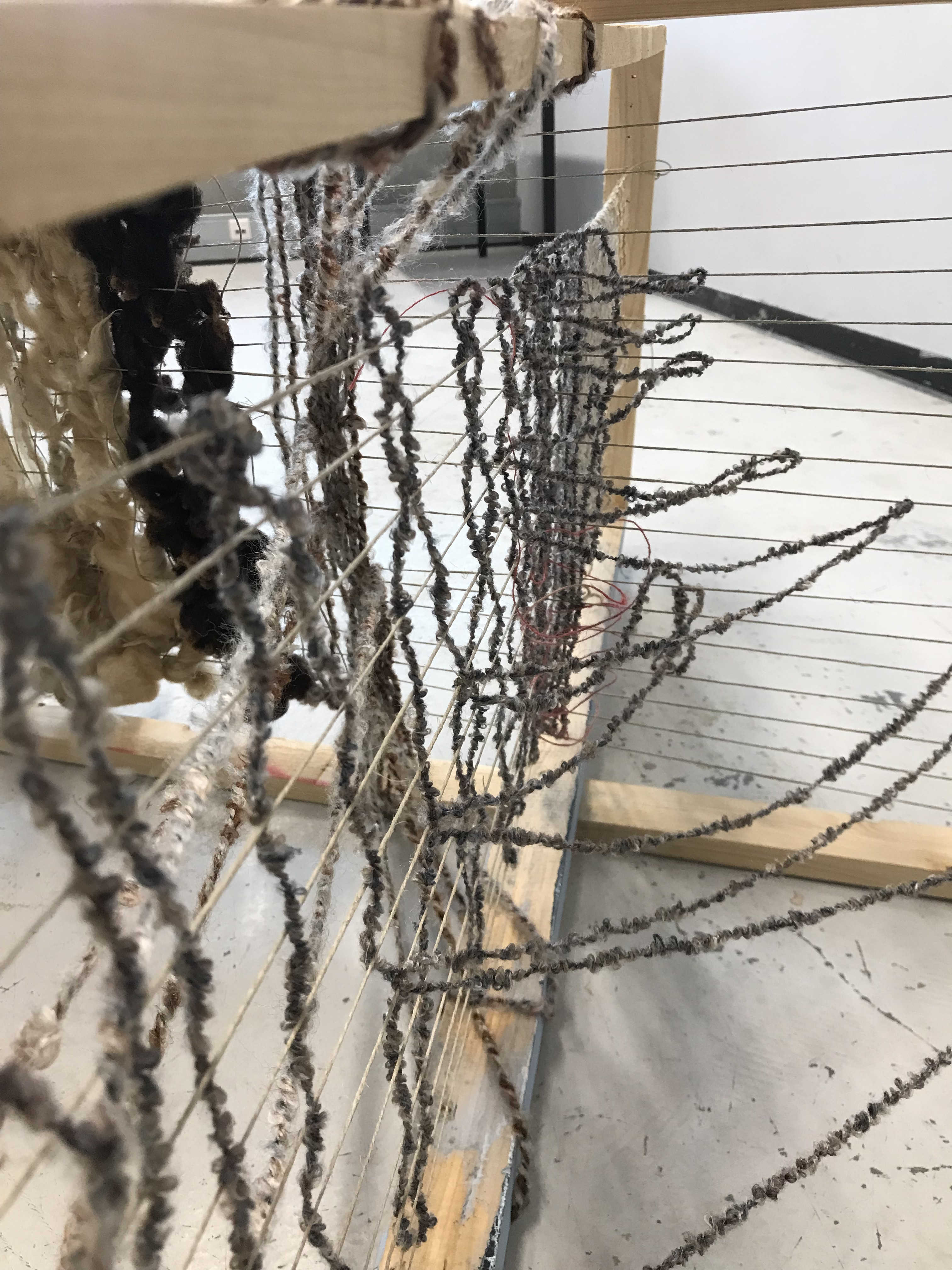 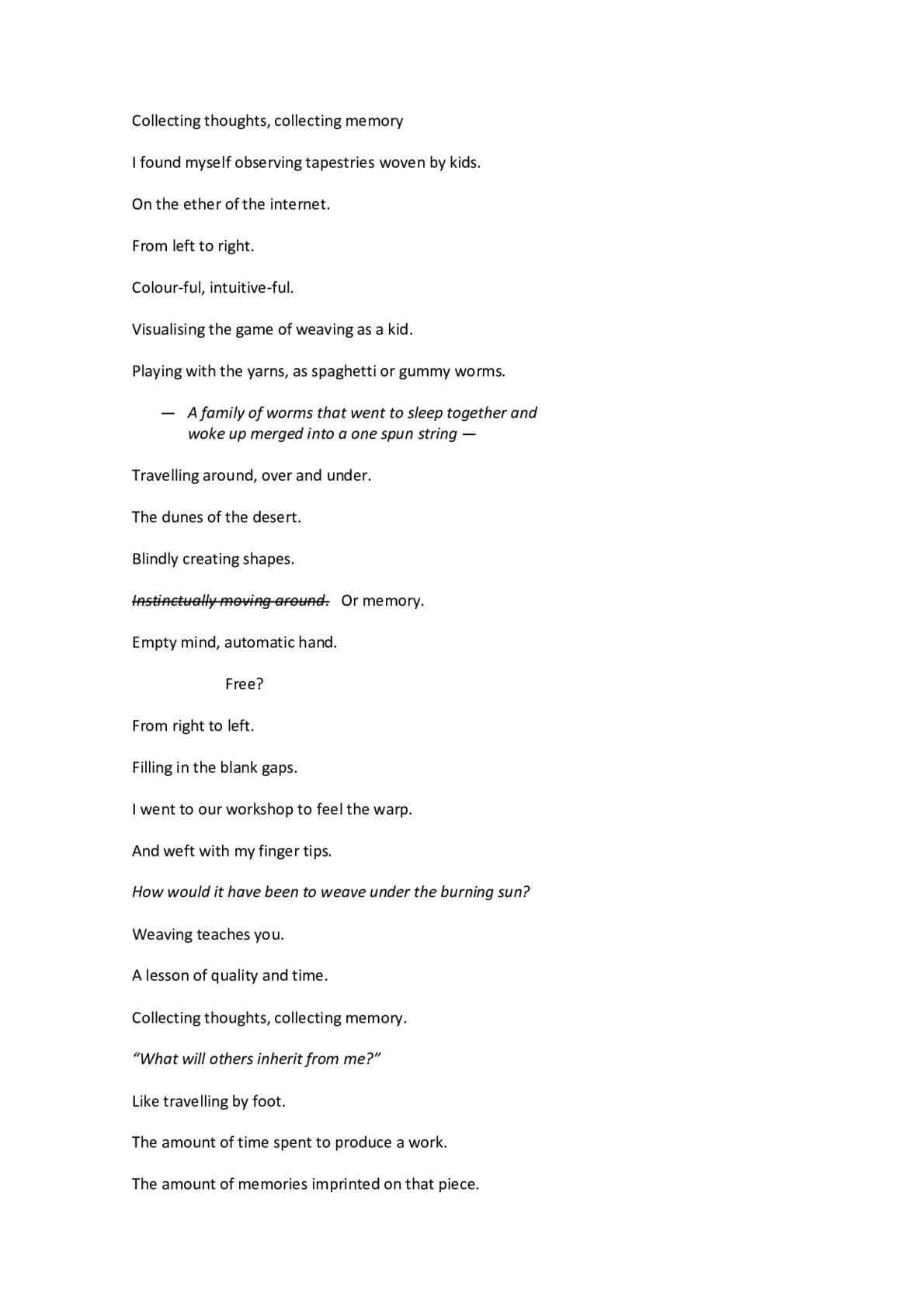 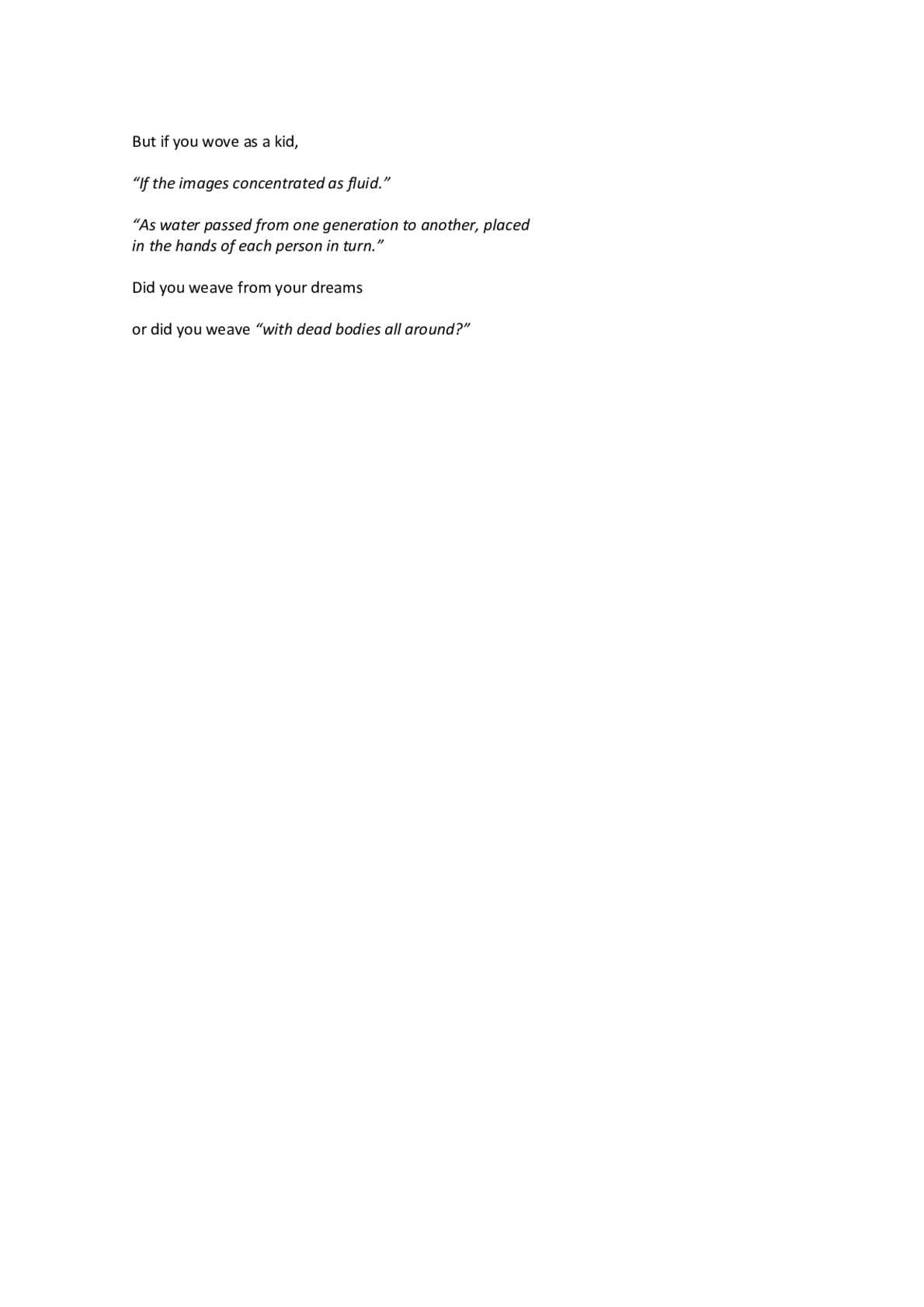 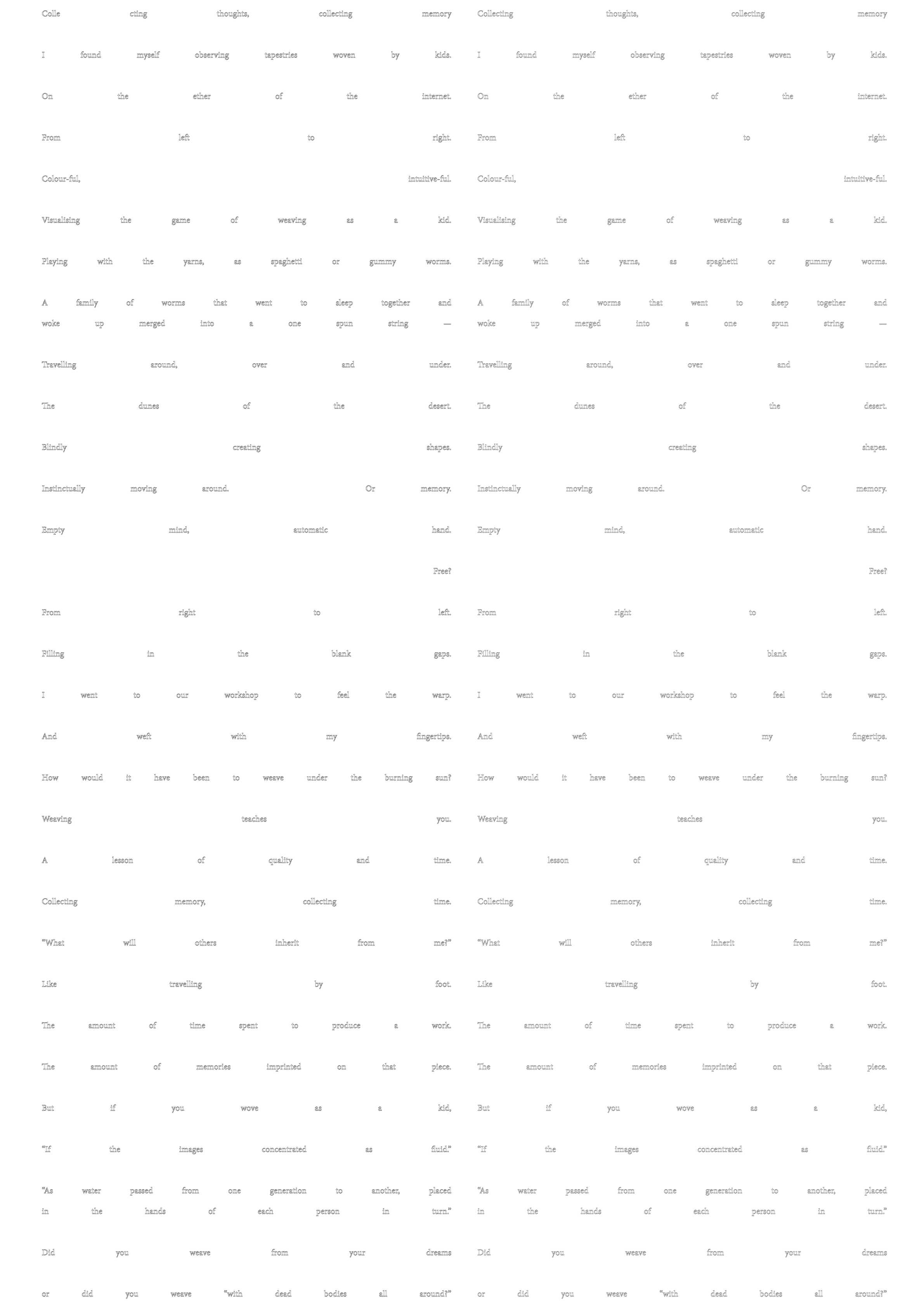 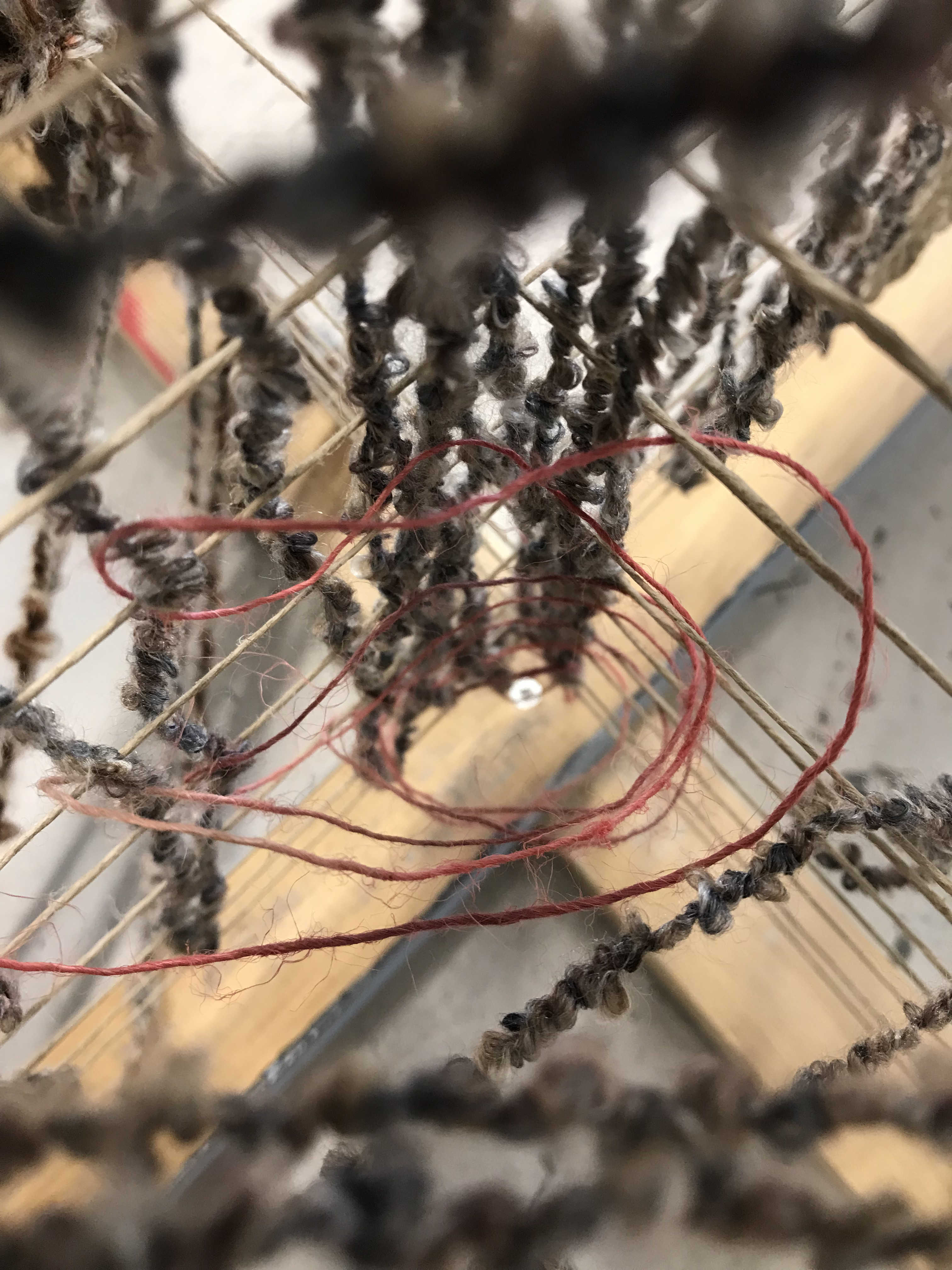 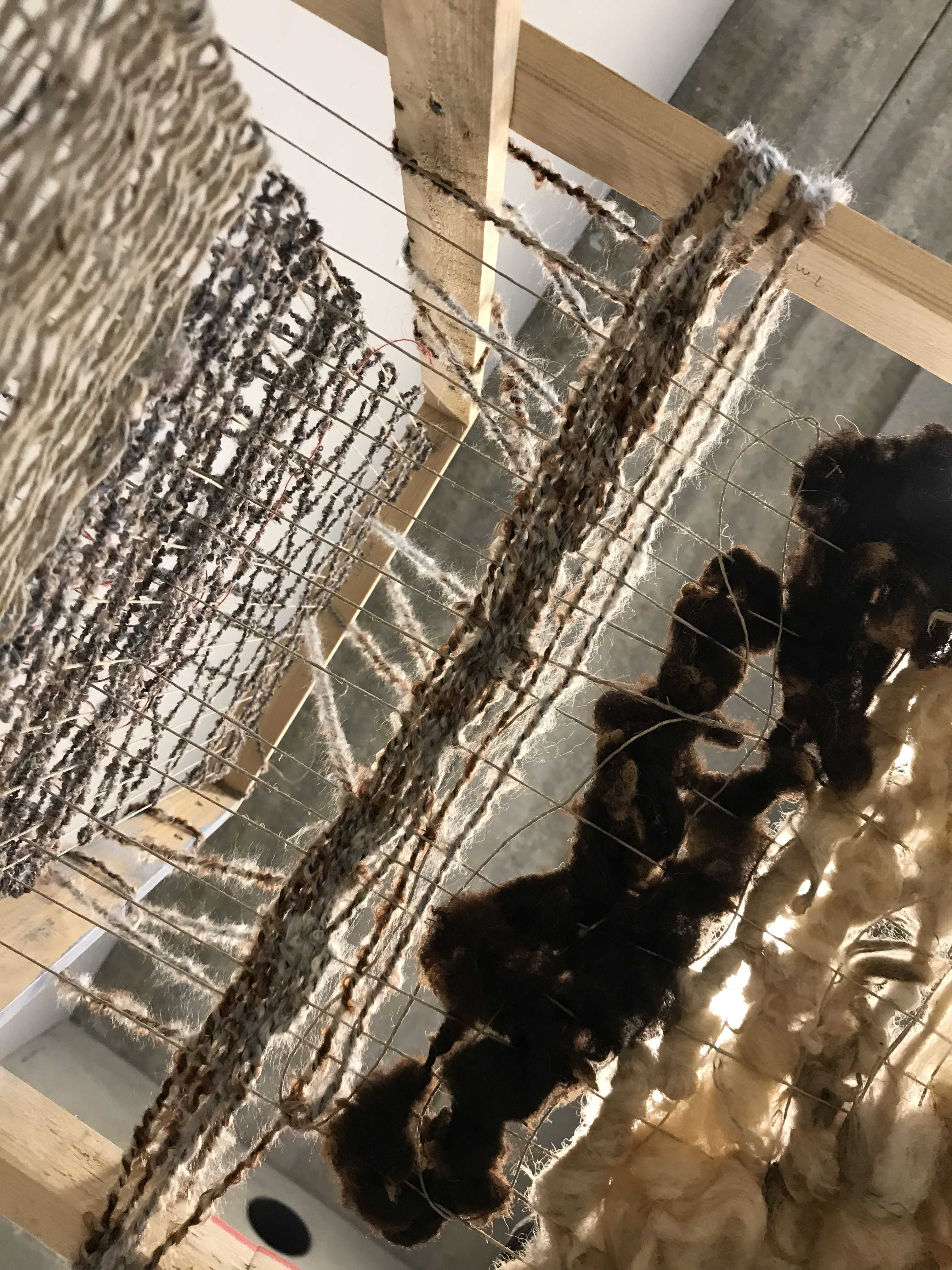