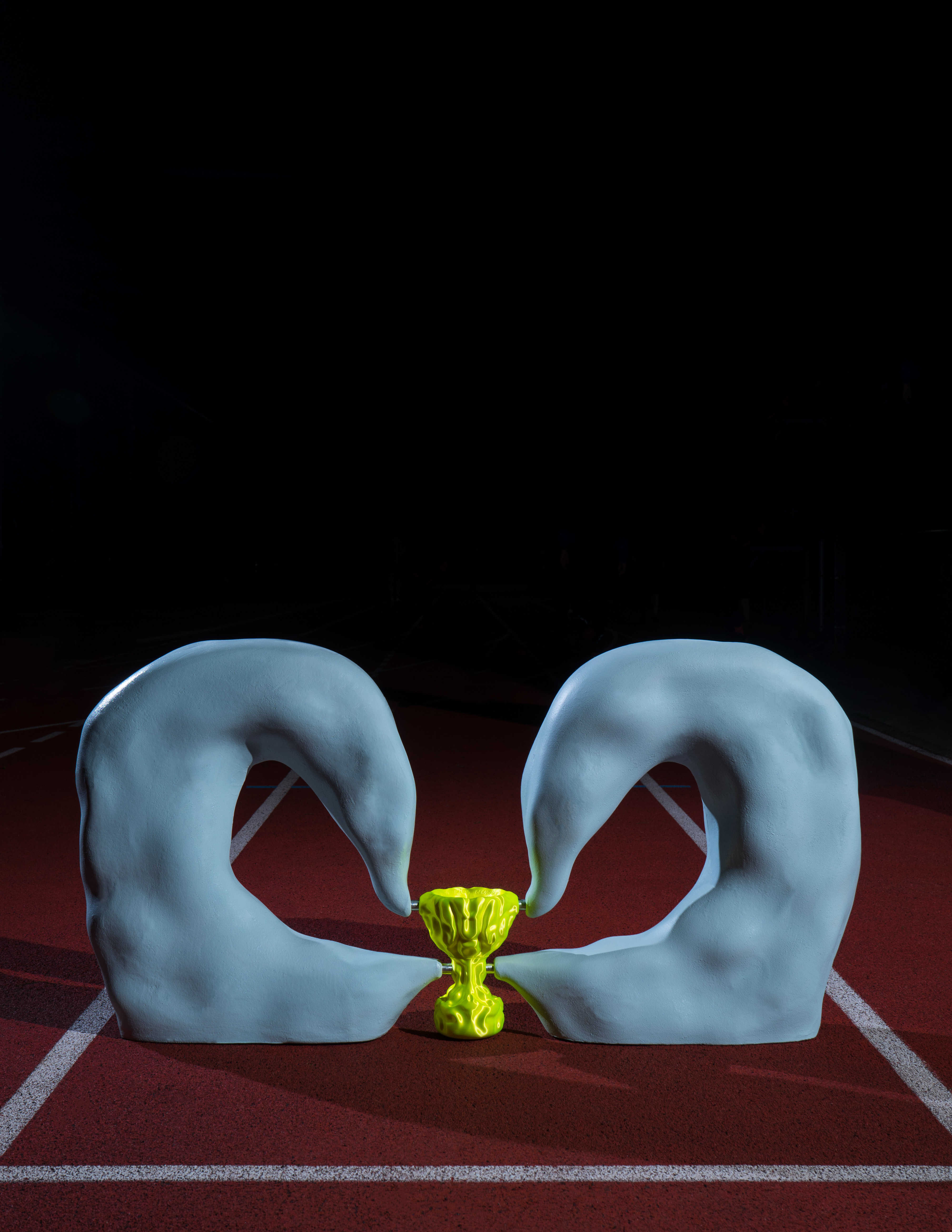 Every year, the trophy for the winner of the Culturele Prijs Noord-Holland (North Holland Cultural Prize) is made by a student of the Rietveld Academie. This year Rebecka Hultman (designLAB student) created an oversized trophy with the catchy title 'The Crowd Goes Wild'. It was awarded to Perry Gits on 5 November 2021 at the Tolhuistuin in Amsterdam.
The Noord-Holland Cultural Prize is awarded annually by the Prince Bernhard Cultuurfonds Noord-Holland to a person, group or institution that has made exceptional contributions in the field of culture, amateur art or nature conservation. Every year the prize is awarded in a different region of the province of North Holland. This year it was the region of Amsterdam's turn. Dancer and choreographer Perry Gits has won the incentive prize, which consists of the award and a sum of 15,000 euros, which he can spend on his creative work as he sees fit.
Photo's by Giovanni Salice (Architectural design department) 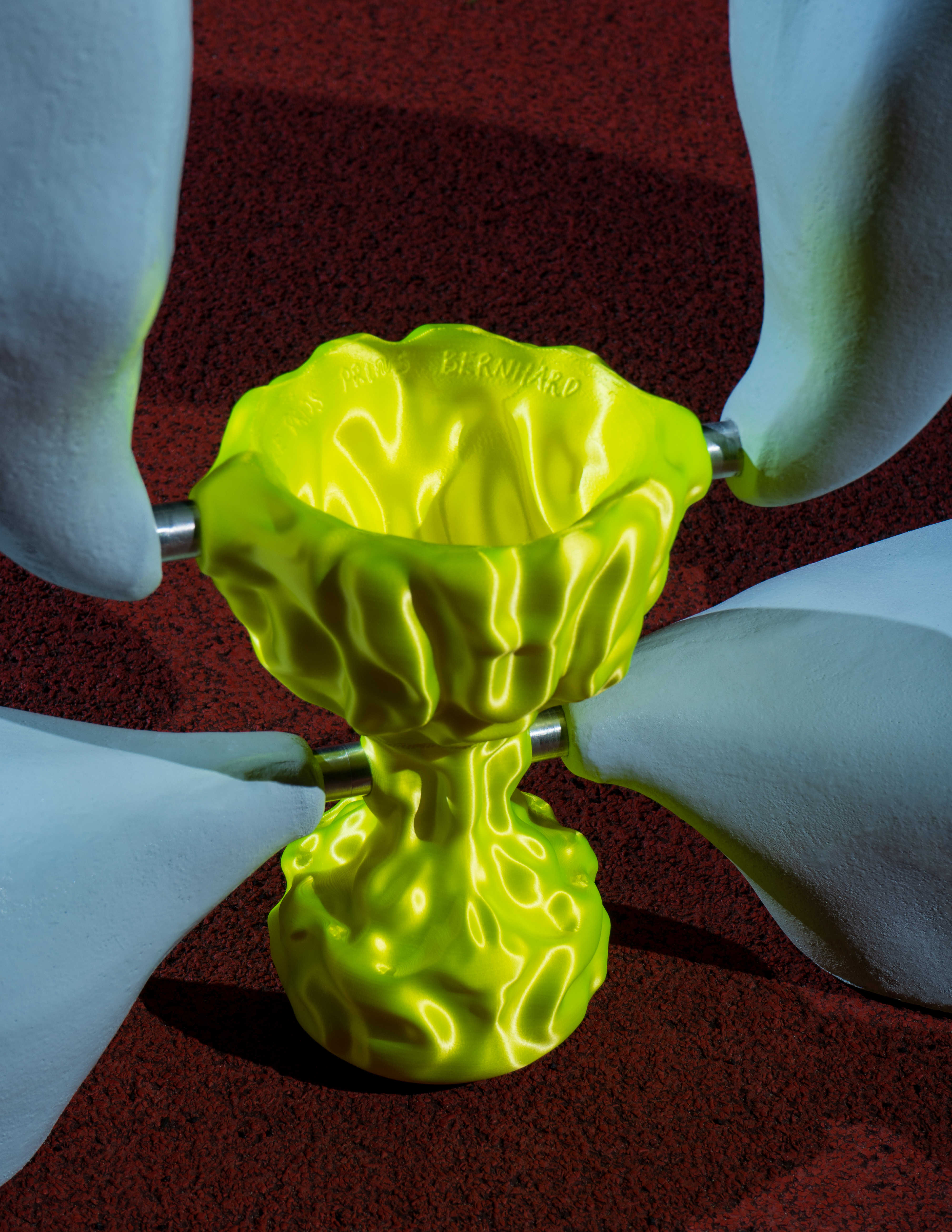