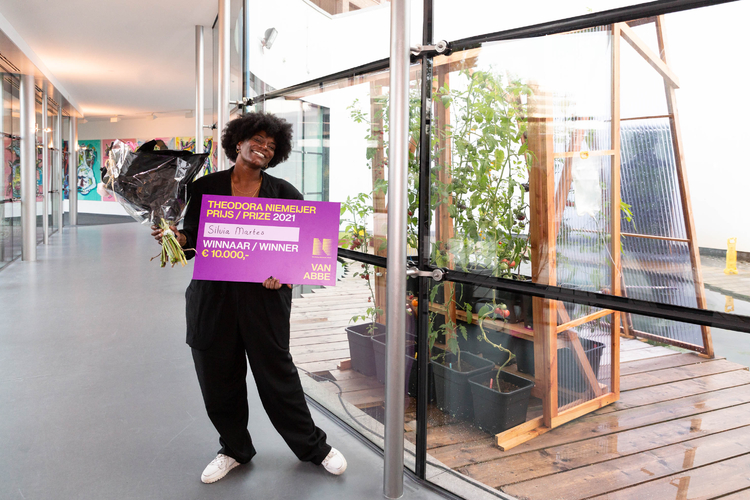 Eindhoven | Silvia Martes wins the Theodora Niemeijer Prize 2021. She was awarded the prize on 27 September by this year's jury chairman Hedy d'Ancona.

The Theodora Niemeijer Prize is an incentive prize for emerging women visual artists. The prize, worth € 10.000, is awarded once every two years to the artist who makes the best project proposal for Het Oog ("The Eye"), an oval patio in the Van Abbemuseum in Eindhoven.

Martes's project proposal is a response to the pandemic. In it, she deals with the conflict between isolation and exposure. She says: "“In 'Het Oog’, I want to build a film set with a house that is predominantly made of glass, safely quarantined between the walls of the museum. Since the house on the movie set mostly consists of glass windows, the concept of privacy is hard to come by. A house that is safely sheltered within a barricade, where everything can be seen: from the first screw that is drilled up to the quality of the bedding."

The three nominees of this fifth edition of the prize were the duo Razia Barsatie | Marjet Zwaansm Silvia Martes and Buhlebezwe Siwani.

Martes graduated in 2013 from the Rietveld Academie.