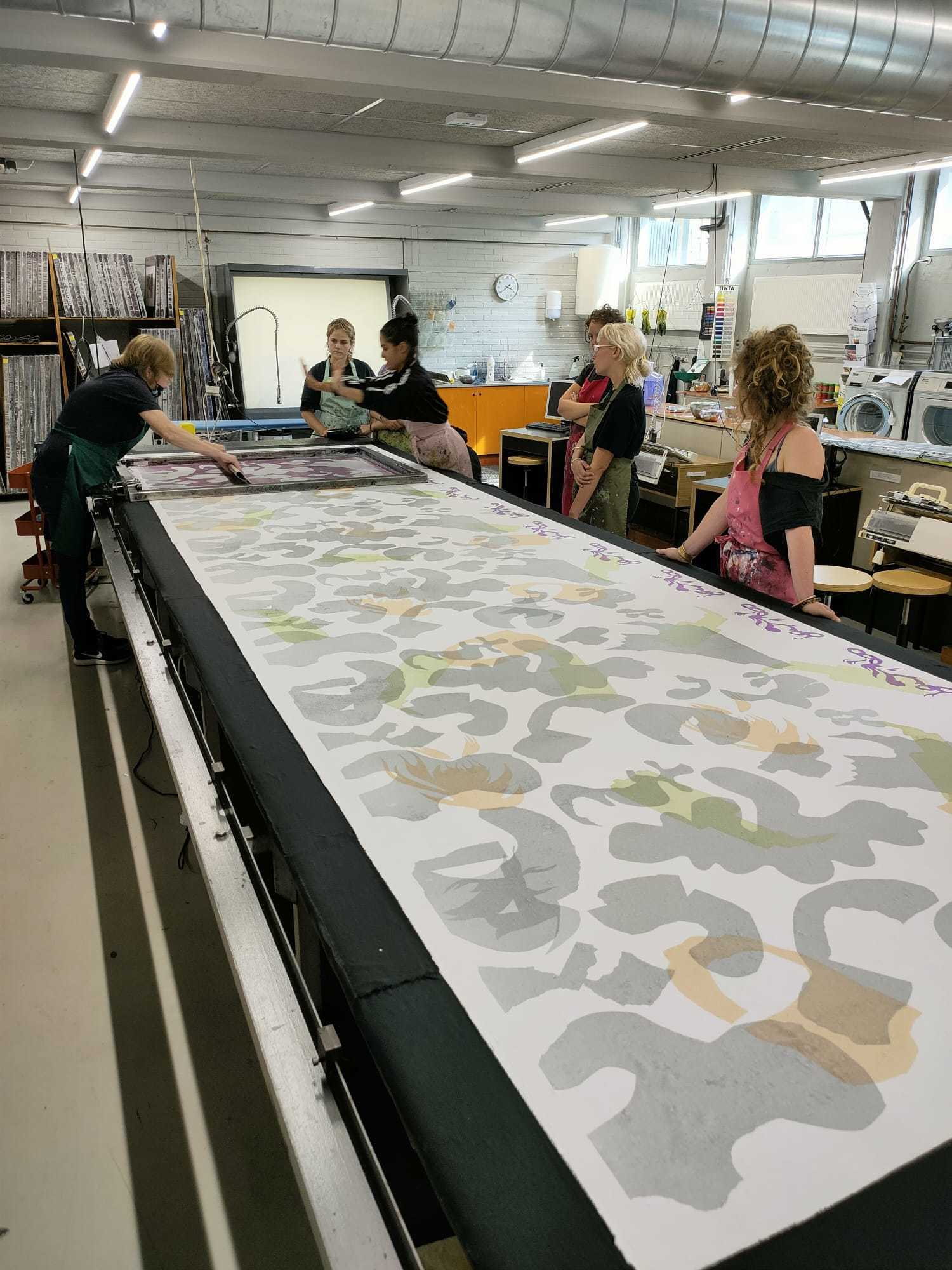 A repeating pattern is an image without a border, it has no centre, defies the rules of formal composition, can expand endlessly in any direction, and be figurative or abstract. Largely considered purely decorative, it can however be filled with narrative and representational forms, political struggle and ambiguity/opacity. What possibilities are there in representation when we are freed from the frame, from central characters, narrative linearity, beginnings and ends? What is the temporality of a repeating print design? What is its spaciality? What is its rhythm?

During the first session, students created stencils to create a large repeating pattern. In the textile workshop, a collective repeating pattern was composed, to create a huge fabric print. During the last session they looked together at what was created, analysing, giving and receiving feedback and considering what the collective textile print could become. The workshop was concluded with a lecture by Publik Universal Frxnd on his project 'The Machines'.