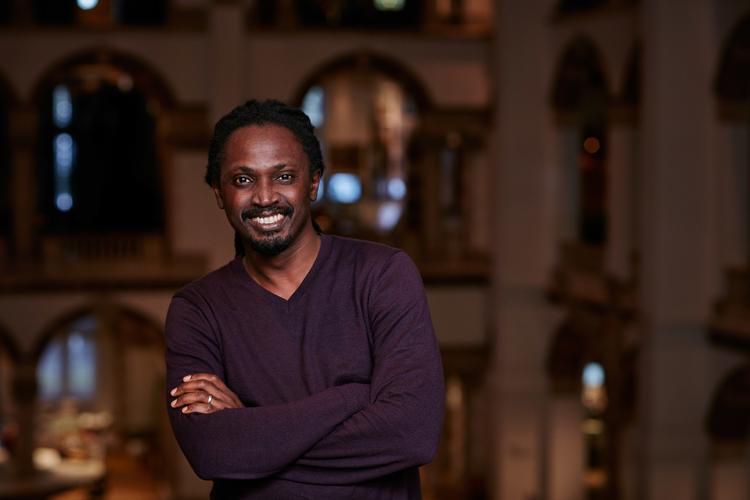 The Supervisory Board (RvT) and the Executive Board (CvB) of the Gerrit Rietveld Academie are pleased with the appointment of Wayne Modest as a new member of the RvT with effect from 1 November 2020.

"Wayne Modest's many years of experience in higher (art) education and (art) research and the knowledge and experience he has gained in an international context are a valuable addition to the expertise and backgrounds of the current RvT members. With his arrival, the Supervisory Board covers a wide range of knowledge and experience that we and the Executive Board consider important for the performance of our supervisory tasks", says Judith van Kranendonk, Chairman of the Supervisory Board.

Wayne Modest is a respected scientific researcher and publicist in the field of postcolonial studies. Since 2014, Modest has been director of the Research Centre for Material Culture (RCMC), the research institute of the National Museum of World Cultures (Tropenmuseum, Museum Volkenkunde and Afrika Museum). In addition, since 2016 he has been Professor of Material Culture and Critical Heritage Studies at the Faculty of Humanities of the Vrije Universiteit of Amsterdam.

Wayne Modest obtained a PhD from the University of the West Indies (Jamaica) on research into the historical development of museums in relation to the history of slavery. Previously he worked as head curator of anthropology at the Horniman Museum in London and as director of the Museums of History and Ethnography department at the Institute of Jamaica in Kingston. Between 2010 and 2014 he was Head of Museum Affairs at the Tropenmuseum. Throughout his career, Modest has also held several guest professorships including at Yale Centre for British Art, Yale University and the School for Museums Studies, New York University and the Center for Experimental Ethnography at the University of Pennsylvania.

Wayne Modest will follow up Vincent Icke who leaves because his term of office has expired.