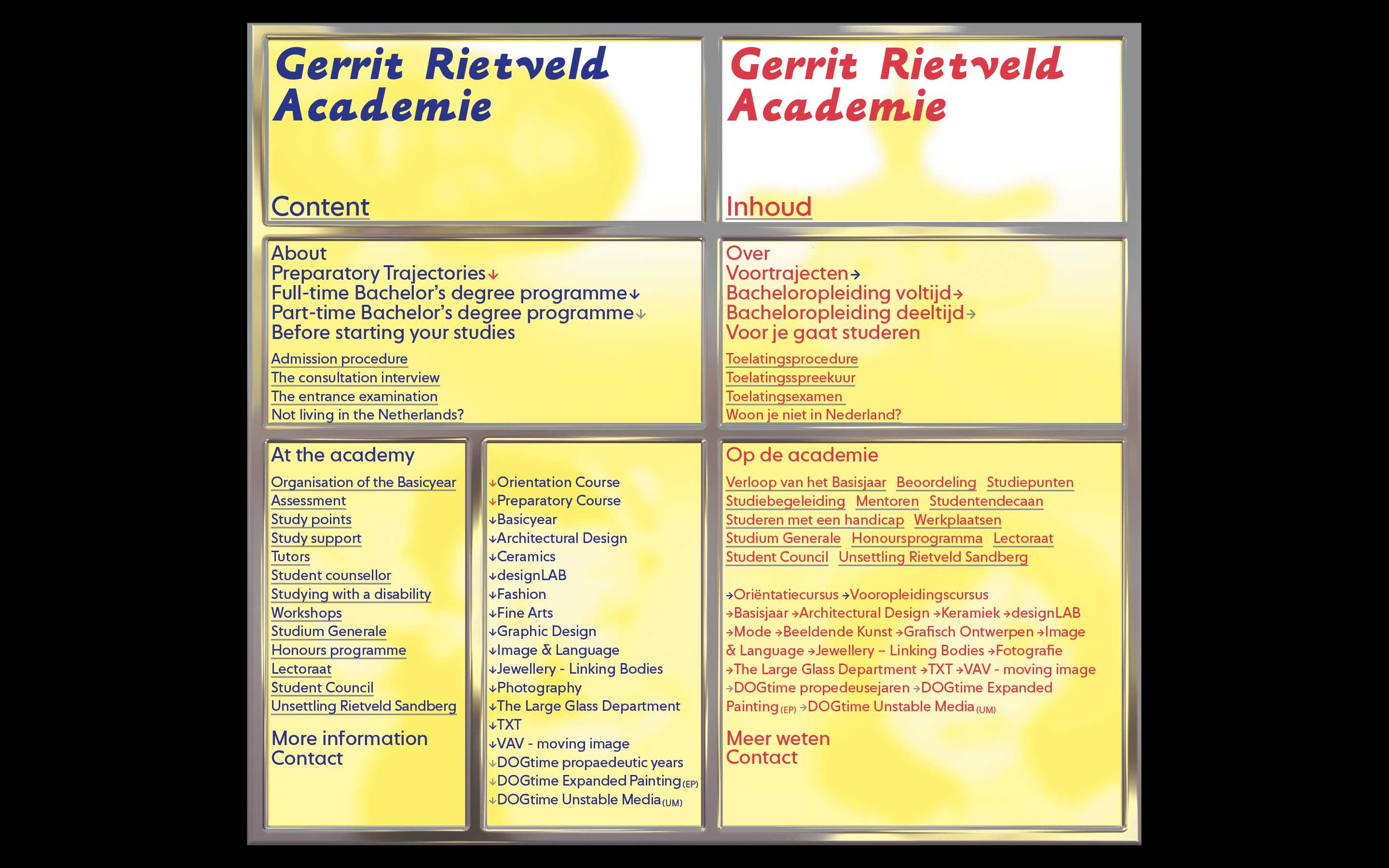 About the design:
"I (filip birkner) developed an interest into building/scaffolding wraps/scrims.
While looking at the Rietveld Building and its modernist facade, I found my head busy with particular questions -> what is it, that makes some architectural spaces flourish more than the others? What makes them unique/authentic/legitimate? Its people, history, building, patterns of events that keeps happening in there…?
"A school is just a building with a school in it. It doesn't even have to be a building in the strictest sense. Take some of the school part out and it might work even better." –>inspired
By this sentence from –>'A School is a Building with a School in it' [2006] by Paul Elliman, I “deconstucted” the oldest academy building and used its windows pattern as a reference and starting point for the brochure design –>as visible on its cover –>and followed by 25 different varianties of CGI's by Matej Martinec, –>which unfixes the structure and experiments upon the Rietveld building's original facade grid."

Click here for the interactive version of the brochure: 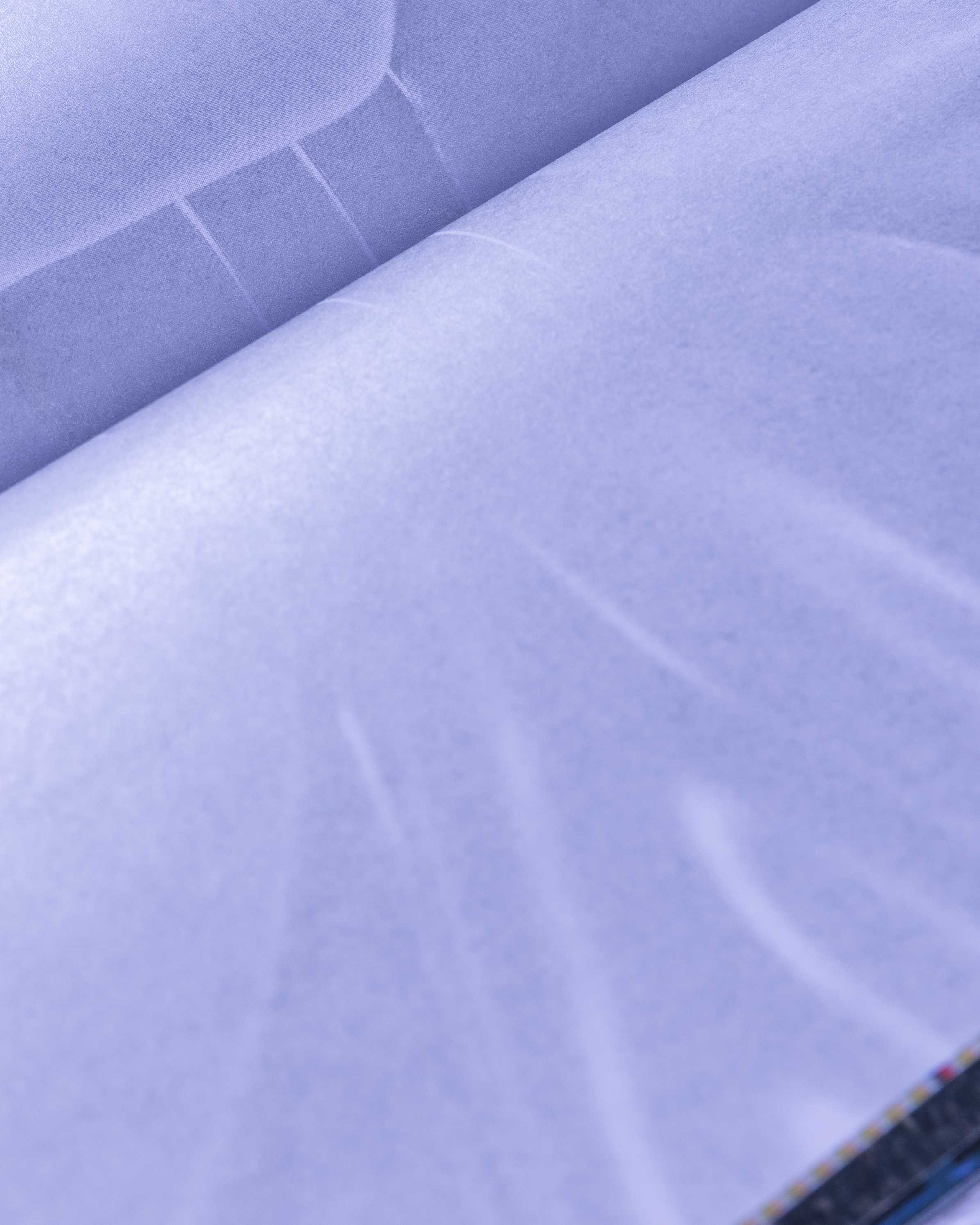 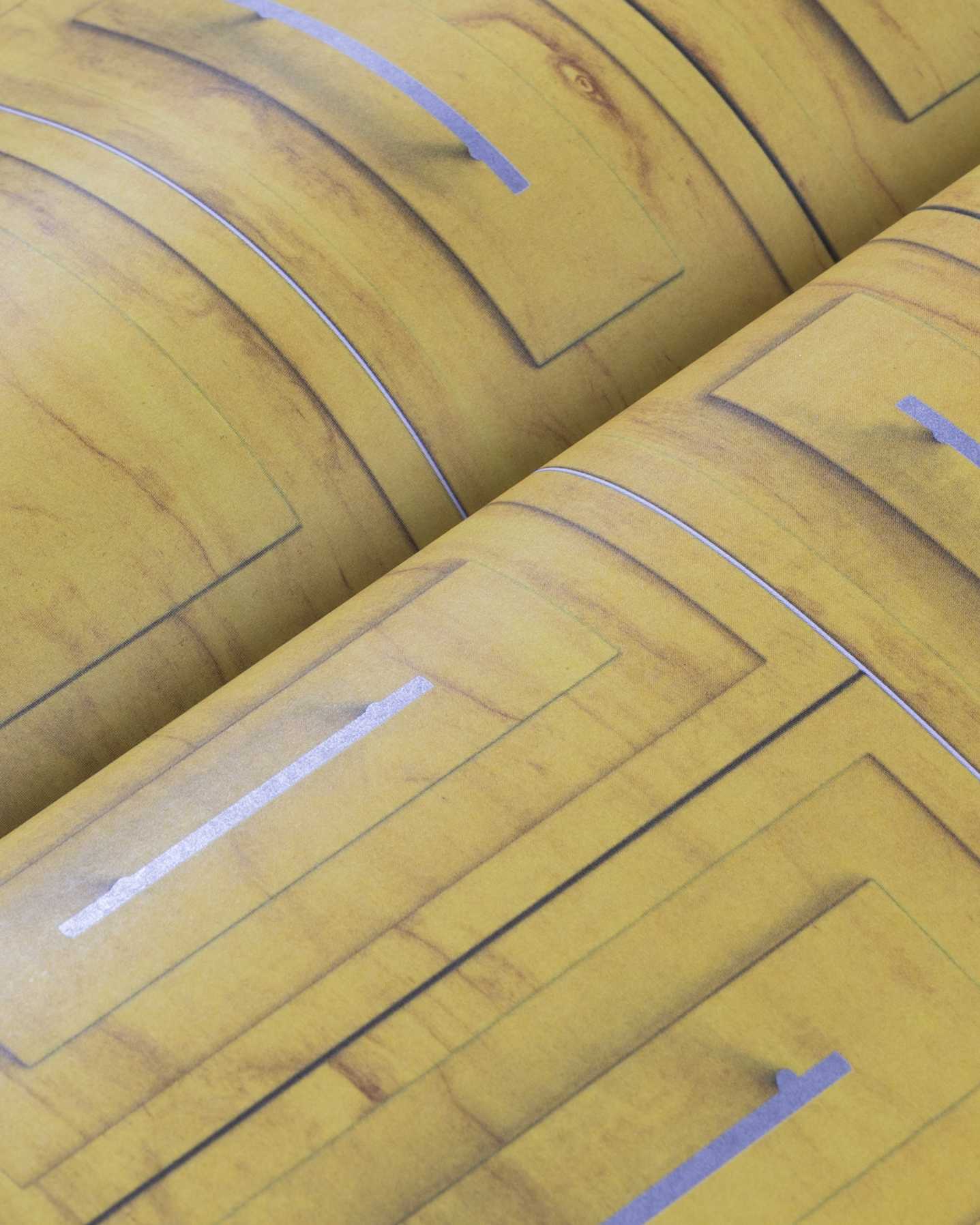