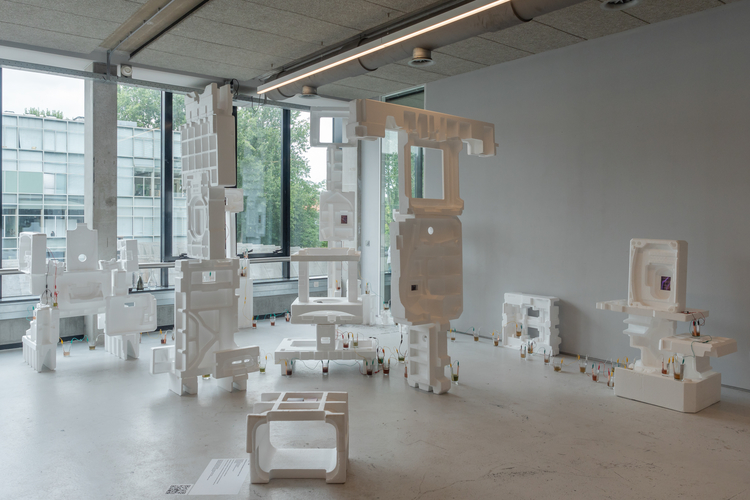 They Will Survive The Big Collapse And They Want To Meet

The ruins of utopia are my construction site. I built a temple on it.

Images of an undesirable future are comfortably installed in popular culture. Following this tragic analysis, this work takes the collapse of humanity as a point of departure to reconstruct contemporary beliefs.

With the faces from our collective imagery, a new mythology is set.

Who makes us grow? Who protects us?

Who lives under? Who is the water?

Who is a parent? Who are the others? Who was the first?

Who is healing us?

The digital realm is shaping our behaviour and culture. Clickbait language, memes and social media will be a part of humanity forever, even if the internet ceases to exist.

Collaborative mythology and low technology are the tools I propose for a desirable image of the future, grounded in an inevitable dystopian narrative.

By disrupting the image of the future, this project unveils a spiritual potential in mass-produced elements from our present.

Broadly speaking, my work explores the role that representation plays in shaping the collective unconscious and the ideological structures that influence dominant visual languages. 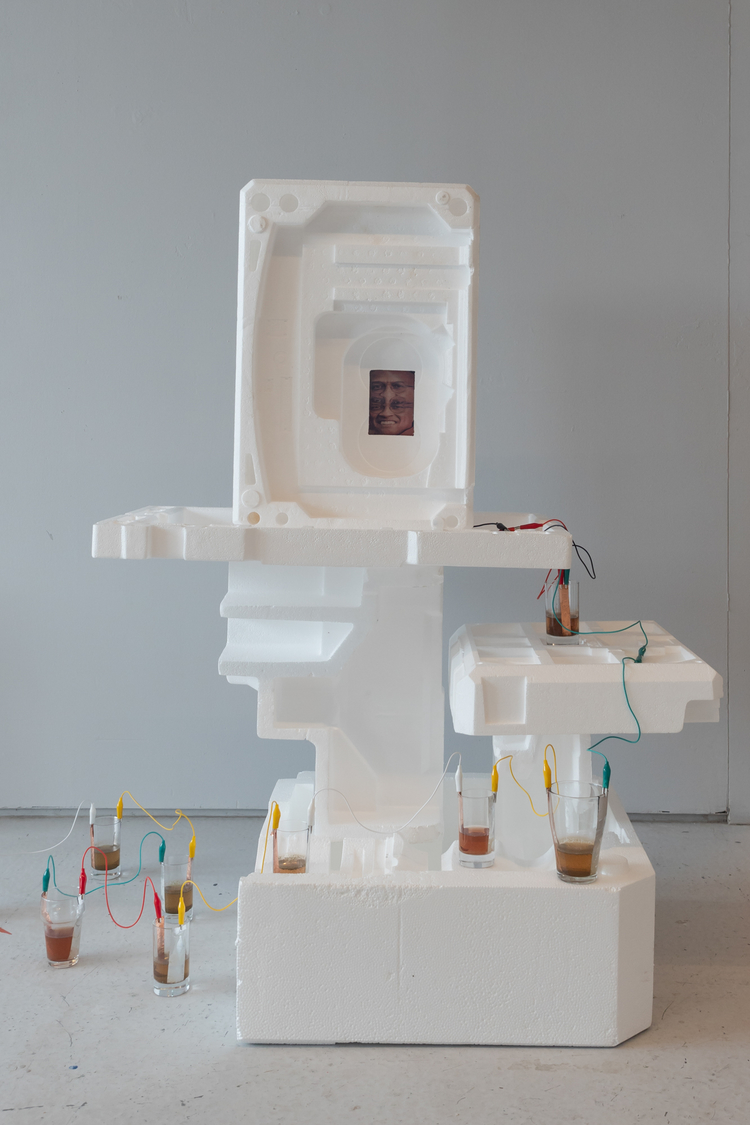 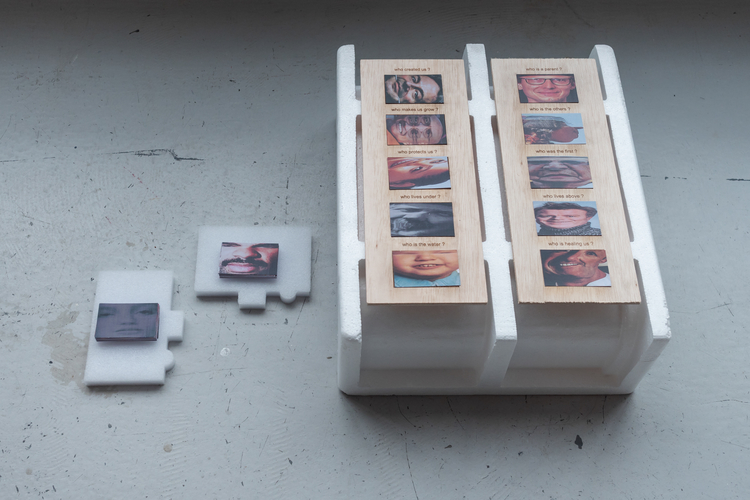