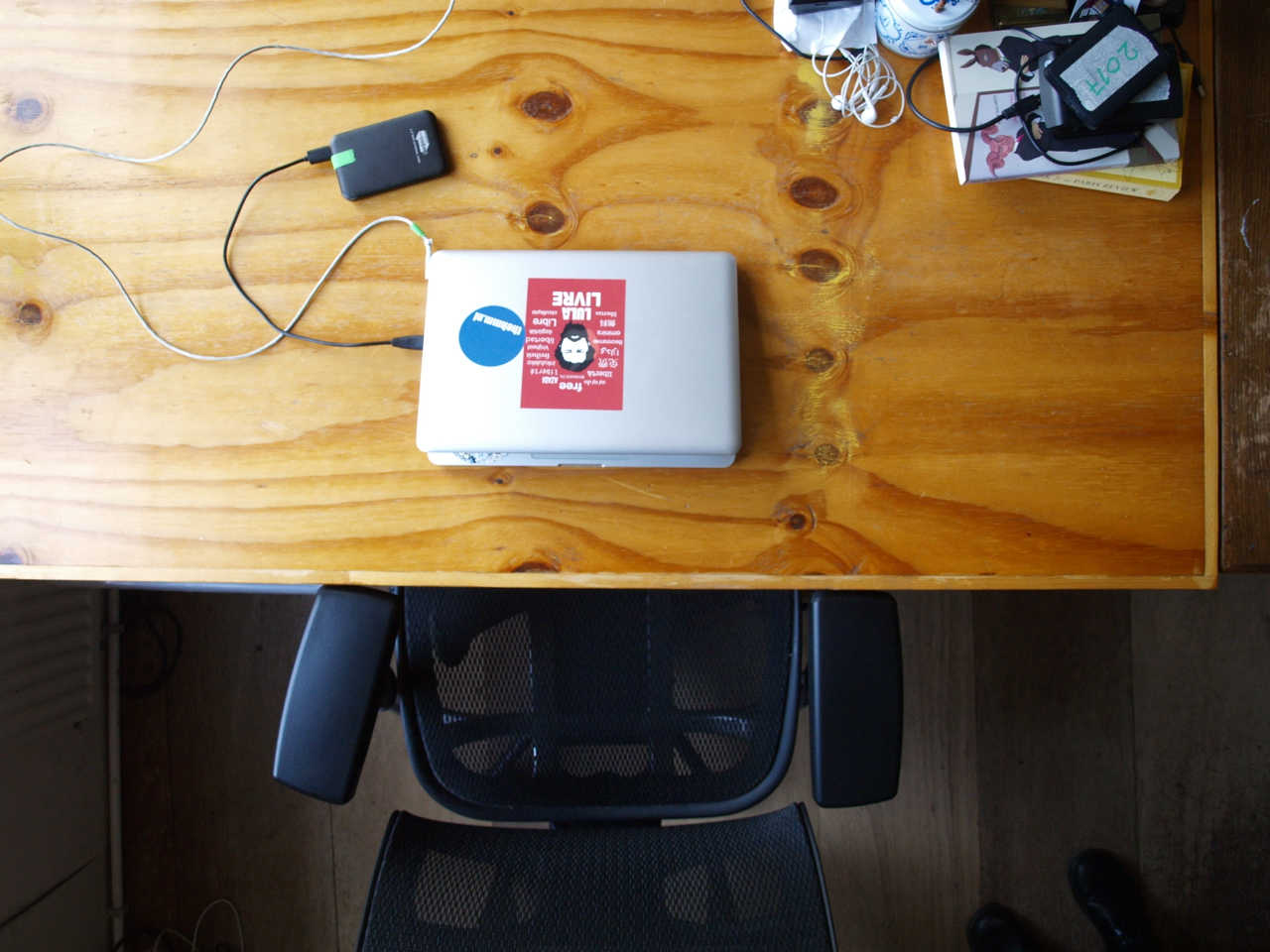 It has been a flying start for Brazilian filmmaker Bernardo Zanotta, ever since he set foot in the Netherlands five years ago, barely eighteen years old at the time. By all means, Bernardo knew from an early age that when the day came, he would leave his birth town in the south of Brazil to study abroad, but the past years have been nothing short of overwhelming. While completing his VAV studies at the Gerrit Rietveld Academie in 2018, Bernardo’s film Heart of Hunger was picked up by the Locarno Film Festival and awarded the Pardino d’Argento, bringing about several screenings and an exhibition at art spaces such as Nieuwe Vide. This was followed by a research grant from LAPS, the Rietveld’s very own Research Institute for Art and Public Space, where he is currently researching the tropical gothic, a continuation of his focus on cannibalism. And meanwhile, Bernardo is actively involved in the underground cinema scene and running a video-fuelled reading group themed around queer diaspora.

Little time to digest, but then again: Bernardo is quite voracious as an artist. Does this explain his interest in cannibalism, the main theme of his recent work, a cannibal trilogy, I wondered?  “Don’t worry, I’m not interested in eating people,” Bernardo says, chuckling, as he opens the door to his spacious studio in a monumental building, shared with a handful of other Rietveld alumni, on one of the busiest streets in the centre of Amsterdam. By then, I had read the Cannibalist Manifesto by Brazilian writer Oswald de Andrade and realised that Bernardo’s Brazilian roots must play a significant role in his inclination towards anthropophagy.

“Cannibalism is a controversial topic,” Bernardo admits. “But I never think about it in that way. Actually, it’s kind of a cliché for Brazilian artists to talk about cannibalism, or to deal with anthropophagy as a way of creating work. In Brazil, the cannibal is seen as a figure of social emancipation. The concept of cannibalism has become a way to understand the general identity of Brazil. As the country is formed by many waves of migration from Europe and Africa, mixed with the indigenous tribes from before colonisation, defining Brazilian identity has always been something of a puzzle. The only way to reclaim that identity was by devouring all those different references, like a cannibal, so to speak.”

“It was around the 1940s—wait, let me check that…” Bernardo smoothly rolls his office chair to the other side of the table and flips open his laptop. Fingers typing swiftly. Eyes scanning. A hint of a frown: “No, the twenties I mean. The 1920s formed a big rupture point in Brazilian history. It’s the period that marks Brazilian Modernism, which influenced many, many generations of Brazilian artists. During this time, Oswald de Andrade presented his manifesto, proposing the artist should ‘act like a cannibal’. He was inspired by the ritualistic practices of the Túpinambas, one of the native Brazilian tribes that practiced cannibalism as a way to devour the energy of enemies. Simply said, whenever the Túpinambas would capture an enemy in war, they would devour the body of this person as a way to take on their strength.”

“Seen like that, De Andrade’s manifesto takes a strong anti-colonial position, which coincides with the role of the artist in Brazilian society up until today. So, definitely, in a way cannibalism is part of my identity, both my Brazilian identity and my identity as an artist.”

The transfiguration of Taboo into Totem, to quote Oswald de Andrade.

“Yes, in Brazil, the concept of cannibalism is a totem. Especially now, as the world is re-questioning the topic of colonialism, cannibalism comes back as one of the most interesting ways to frame this process. Historically, it’s very relevant. But my own interest in cannibalism deals with another kind of history: the relation between cannibalism and homosexuality. On a personal note: the moment of me moving to Amsterdam and starting at the Gerrit Rietveld Academie also marks the moment of my coming out. That might explain why I became so interested in the histories of oppressed sexuality and writings on deviant sexuality even before there was a name for homosexuality or queerness.”

“Prior to the nineteenth century, cannibalism was often used as a way to speak about homosexual experiences, almost like a coded language. Take Herman Melville’s novel Typee, for instance, or early homo-erotic paintings such as Géricault’s The Raft of Medusa… I was interested by how people addressed things that couldn’t be addressed. After all, to an extent, growing up in Brazil in a family that was very Catholic on one side, did make me feel like I was carrying around this big secret that I didn’t know how to deal with or talk about. Coming to the Netherlands meant I could start making my own life. I feel more free here.”

Was cannibalism ever a taboo during your studies at the Gerrit Rietveld Academie?

“No, not really. I feel like a lot of the teachers were very empathic towards whatever students brought to the table. They were skilled at sensing where you were coming from and could easily tap into different ideas. I struggled more with practical concerns. Things like: do I have too much text, is the film too long? The more experimental your work, the more these concerns become an issue.”

“I guess it’s because the VAV department wants to present you to the world and there’s this worry that people won’t look at your film if it’s longer than 20 minutes. But for me, form should never precede the content. That did mean that at times I felt like I had to convince people about the form of my films, even though the content itself was never a problem. Especially during the final year when everything’s accelerating, there’s so much pressure, so much anxiety, that it just kind of blinds you. And that did mean that only now, a year after graduating, I can actually step back and wonder: what do I really want?”

“Just recently, I finished the second film in my cannibal trilogy, In His Bold Gaze, which is a new iteration of my graduation work. I see it as a new film, but to make it I used the material from my graduation. I approached the material like an archive, so some of the images come back. I often present my films alongside research like this  and other kind of works in a space, offering suggestions for viewing the films. So, for instance, you have the film itself, the set of the film, the research for writing the script… All these different references, like a puzzle, come together. I guess, similar to Brazil, I can get lost in references.” Bernardo smiles. “Anyway, now I’m really happy with that film.”

Imagining that you devoured your studies, like a cannibal, what strength did you gain?

“I dare say that studying at the Rietveld is an experience of being overwhelmed, full of ups and downs. You’re dealing with so many expectations: your own expectations, the expectations of other people, how they see your work, what they want for your work… After that, you kind of need to find your own way again. But since I had decided I wanted to make films, I ended up in an industry that I wasn’t really trained to deal with. Suddenly, I was at this film festival, with producers, and everything turned out to be about money, in a way.”

“In the beginning, I struggled with that approach and my position in the film world versus the art world. At the VAV department, these two worlds naturally overlap. Everything is possible: you find people to help you and you just do it. But once you’re outside this protective bubble you need this, you need that, and everyone who works for you needs to be paid.”

“Of course, we did have proper film classes in which you learn to work with crews and stuff like that, but you’re not really warned about what comes after school. It took a while before I could navigate through the film industry. The reality of it is that you’re basically just writing funding applications all the time, barely making anything, but instead working to get the money in. You cannot just pick up a camera and start shooting anymore; are you crazy?” A frustrated sniff. “So, now I decided to bring this anarchy, this liberty that I felt during my time at the Rietveld Academie back into my routine. I want to make things without having to wait for something to happen first. Writing fiction, for instance, is a way to keep me creative, and for this I need only space and concentration. Or I’ll get money for one thing, and then I’ll put a little bit of it aside for another, smaller thing that I’ve been wanting to experiment with, you know? Yeah, I feel like that’s how I’d rather navigate from now on.”

“Either way, though, Amsterdam gave me a lot. I found an identity here. It gave me the space to do what I’m interested in doing, and a community of passionate people with similar interests. And with interests, I don’t mean cannibalism!” Bernardo adds, laughing, just in case.