Nick Axel is the new Head of the Architecture department of the Gerrit Rietveld Academie. Before he came to The Netherlands, Nick Axel has been working around the globe. He's originally from New York City, and studied at Rensselaer Polytechnic Institute, where his focus lied in radical architecture, political theory, and existential philosophy. In 2013 Nick Axel graduated with Distinction from the Centre for Research Architecture in the Department of Visual Cultures at Goldsmiths, University of London, during which he started working with Forensic Architecture as a researcher. Since then, he’s been the Managing Editor of Volume Magazine and currently he’s the Deputy Editor of e-flux Architecture. Public Rietveld sat down with him and asked him about his ambitions as the new head of the Architecture Department. 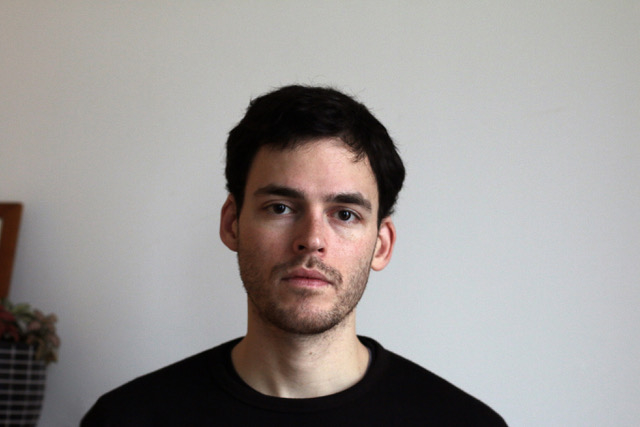 You have many irons in the fire. Your bio it says you're an editor, architect, theorist and critic. How can the students of the Architecture Department benefit from your presence and what do you bring to the department?

The Architecture Department at the Rietveld is a weirdly fitting place for me and where I come from. What I have observed is an insatiable curiosity for creativity and engagement for space in many different ways. You could say that a lot of my work over the past ten years has been in a somewhat ambiguous field that's called “spacial practice.” It draws from the history of architecture and urbanism and an understanding of public space, but engages with artistic sensibilities and practices as well as a political consciousness and commitment. These are things I see as very present in this department and in the work that is produced.

What I can bring to this department is connecting the work that is happening here to a wider field of discourse that is happening in many other spaces as well, Similarly, I think it is important to continue the engagement that the previous head, Arna Mačkić, brought to the department, who did really wonderful work in bringing questions of diversity and inclusivity to the fore.

You have been part of different groups, such as Forensic Architecture, Volume Magazine, and e-flux Architecture. What experience of being in a collective will you bring to the GRA?

What I love about editing and teaching is that I get to work with people. That's what I care about the most and enjoy doing the most. For the GRA, I myself am not going to teach. I'm working very closely with a team of teachers to craft a curriculum that has many different facets, that is able to create a coherent body of knowledge. What I'm planning on doing is participating in all of these classes in different ways, working with the students, working with the teachers, working to make sure that the potential of this opportunity and this place can be maximized.

And finally, what do you hope to achieve at the Rietveld?

A lot of the debates that are talked about in the Architecture Department are also being talked about in a number of other places, within the Rietveld and the Sandberg, but also outside of that. What I'm hoping to achieve is to bring in part of the dialogue that is relevant to the Rietveld, but also to bring the Rietveld out. I'm really hoping to create dialogue or partnerships or exchanges with some other departments, like Graphic Design or the Studio for Immediate Spaces. But I really hope to be able to engage with different cultural and civic institutions within The Netherlands to further extend the presence of the Rietveld, and to feed it with more different realities and experiences.

I also want to be responsive to students. This is a department for them and their experiences. I'm also hoping that this department can act as a platform for their own interest to be deepened. I really hope the students will want to go out and expand themselves. It's my goal to facilitate that as much as I possibly can.