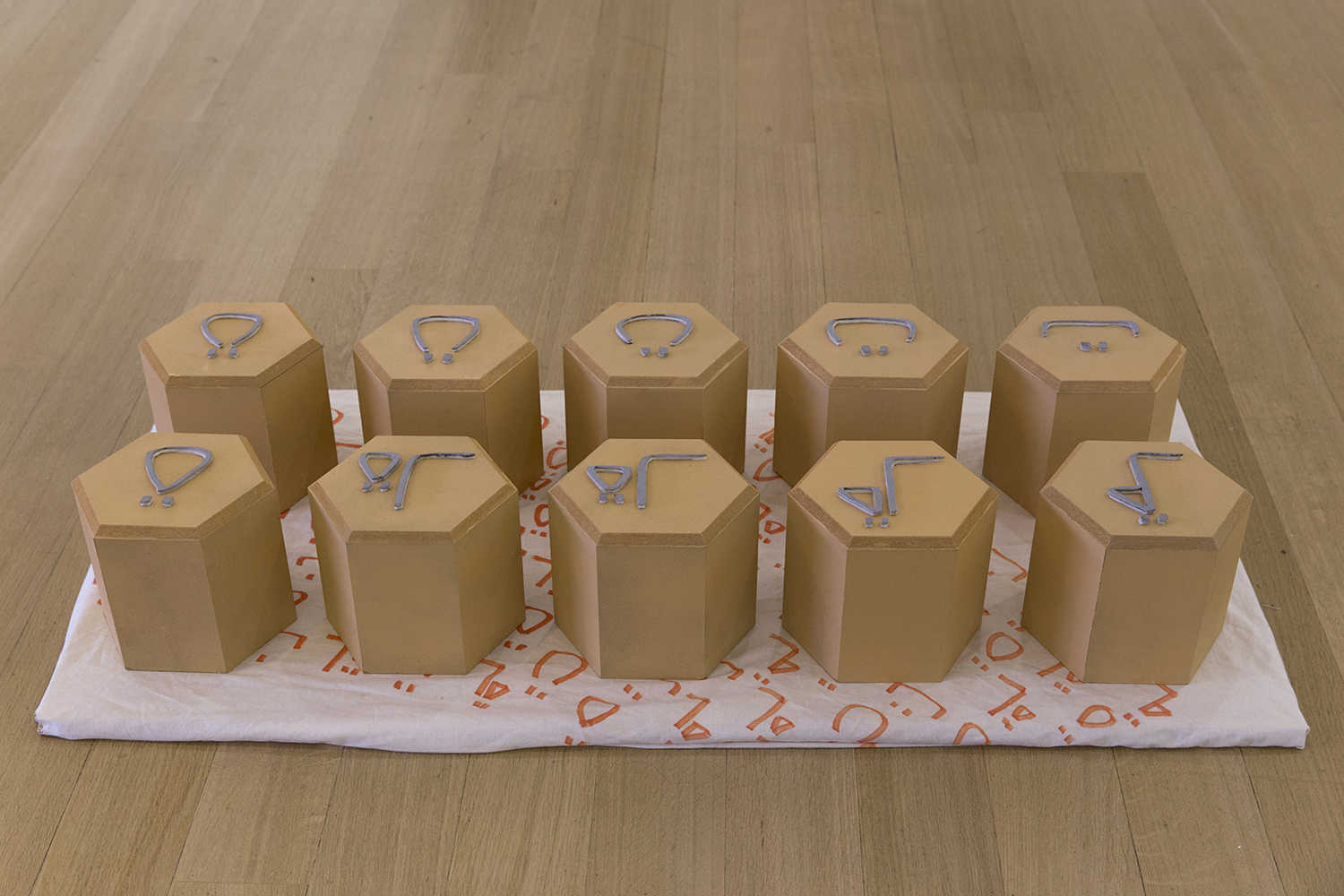 T is for Transmutation

Naomi Attia was a teenager during the Arab Spring in Cairo. During that time she felt the immense power of language. Arabic grammar is feminine and masculine,reflecting the rigid gender roles of the culture that seem impossible to break away from. One letter makes a word female; , another masculine; . Attia liberates gendered words by creating new letters to add to the existing alphabet. They dance between genders, writing a different narrative in which male and female intersect and exist in the same space.