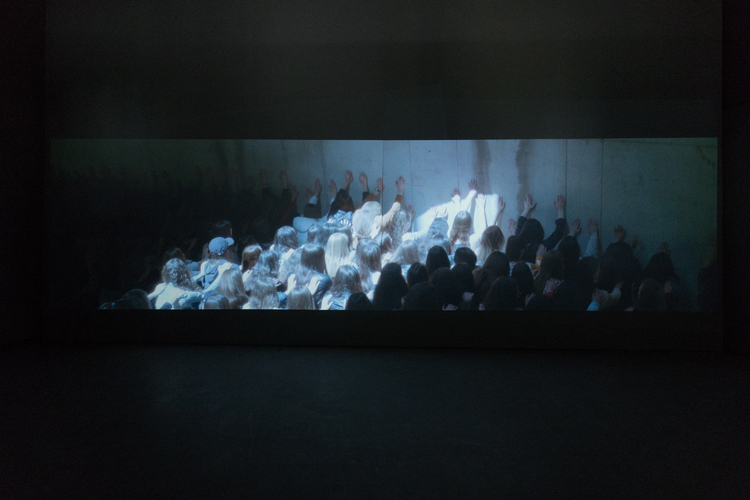 Questioning perceptions of labour and futility through the absence of the body, a set of constructed body straps, bearing the phrase “Struggle itself is enough to fill a heart”, laid the foundations for Rizaj’s performative sculptures.

On returning to her familial Kosovo, Rizaj turned such Sisyphean concerns on their head as she refused to carry the weight of the felt patriarchy and instead followed her impulse to ask: “What if women could move a house?”

In “As If Biting Iron" Rizaj uses the medium of film to challenge this very question as we witness the walls of a brutalist building, situated in the forests of Kosovo, being moved by the forces of over 100 anonymous women. Pushing against the deadweight of the concrete, the burden of oppression literally and figuratively comes undone. Rizaj’s will to collective refusal not only affirms the potency of female unification, but implements a confidence that is palpable. 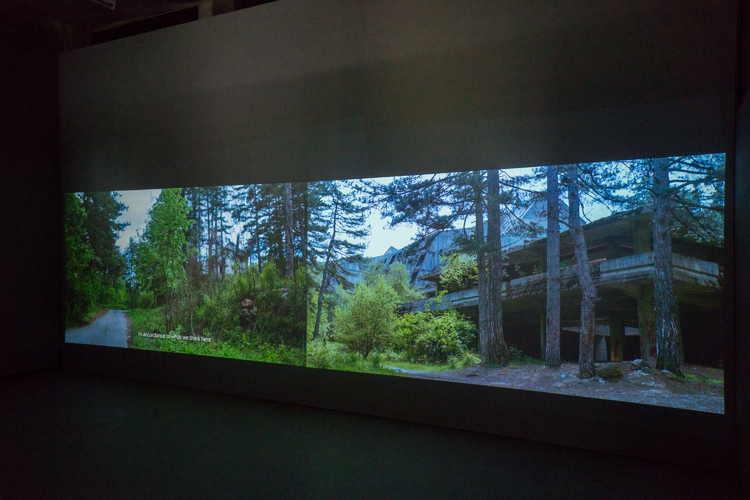