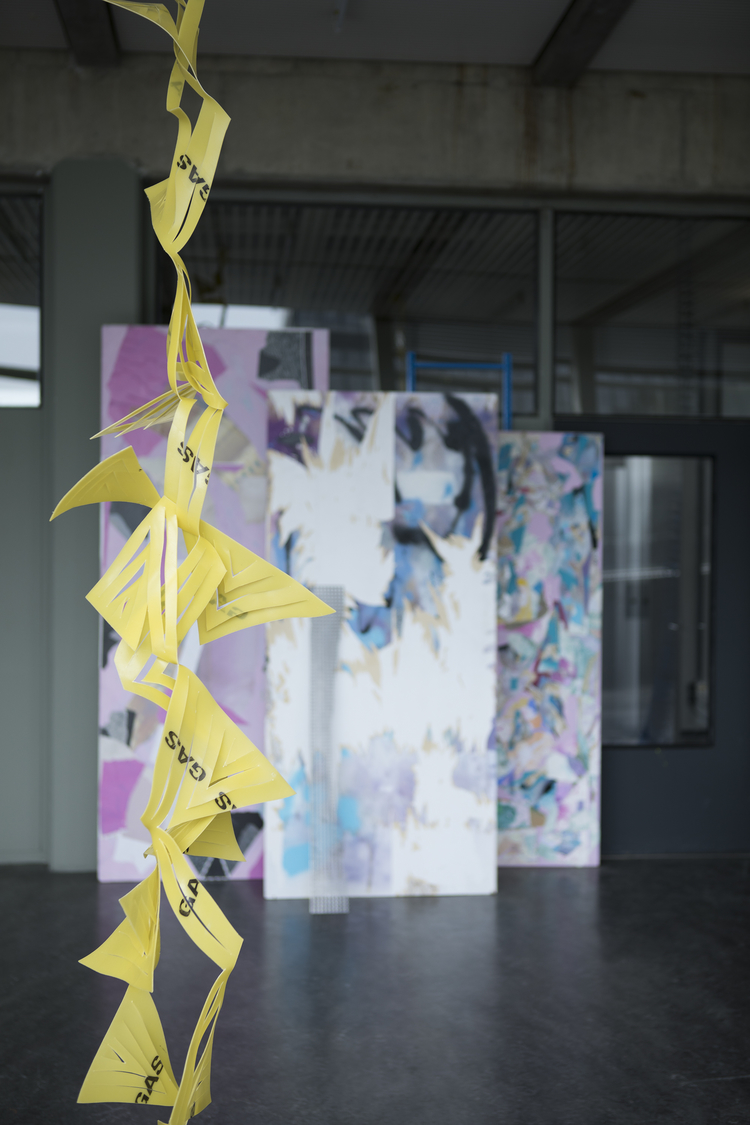 By observing cities continuous and dynamic growth I navigate through changing urban peripheries. Maintaining mobility as my performative process allows me to zoom in, witness and expose the later stages of gentrification and its power structures. It is a socially unfair process of pushing away local inhabitants in areas of segregation.

I address junctions and in-between spaces. I trail for plastics and metals with vibrant colours that function as protective safety elements. I rip out papers from ads, cut in plastics to create stacks and collages, which mimic and trace the forms of repetitive structures of consumerism towards its collapse.

By collecting materials as archaeological objects, I displace them from their context as an act of civil disobedience against the gentrification processes. Creative destruction, and its ruin value articulates a critical approach to the capitalist framework of gentrification. 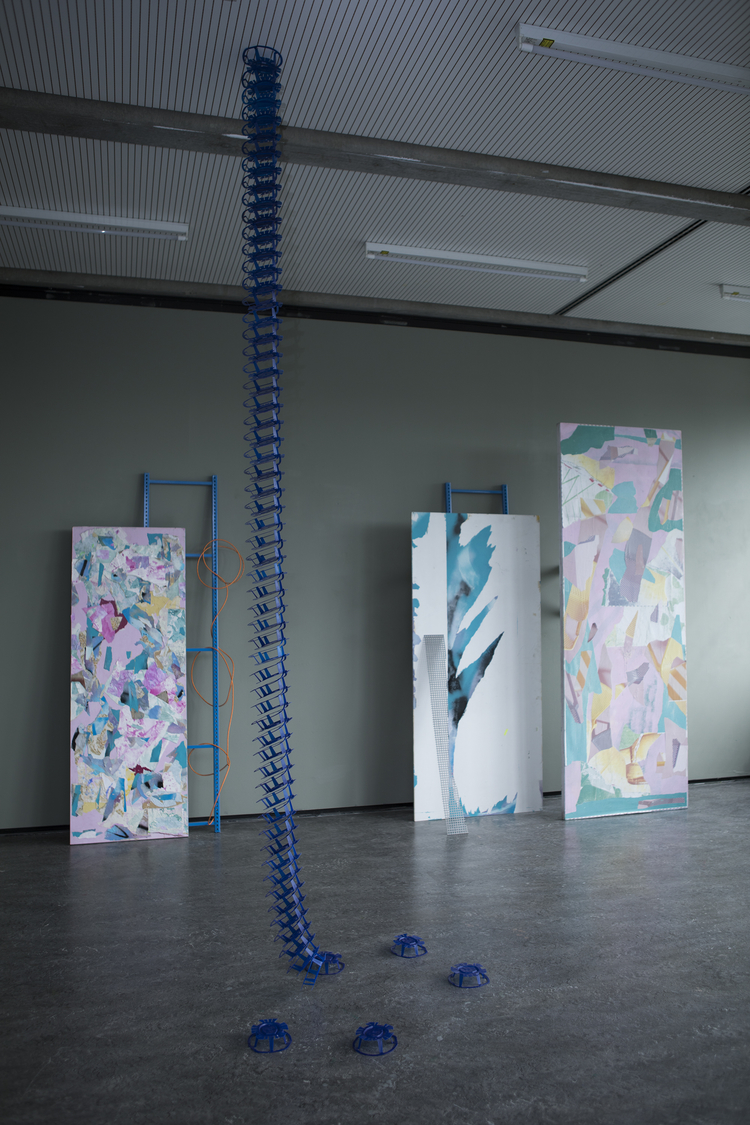 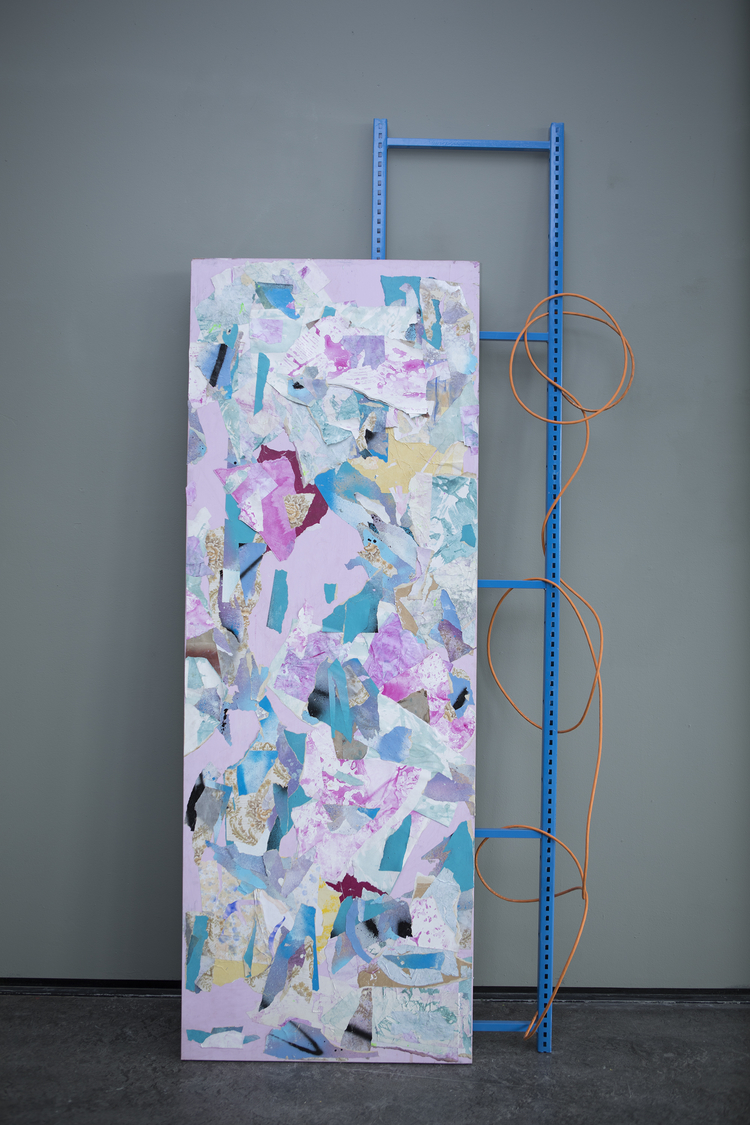