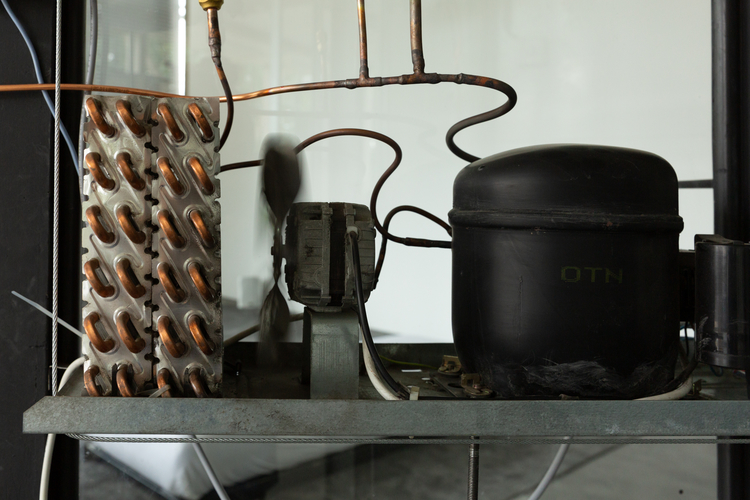 Ana Resende
Portugal, 1997
Thesis: Mid-Sentence, The Possibility of Nothingness and the Pressure of Touch

It is not less effective of something to be hidden. It still generates effects, initially reverberating through one’s sensations and later through their actions.  Mid-Sentence crosses through the boundaries of one’s own stories, spaces and dreams, exploring both the notions of absence and presence, as two interrelated concepts. Starting from the notion of absence as existing matter, I have been trying to give body to nothingness by making use of technologies, not as speedy return, but as a resource for the generation of something else. This work is an installation focuses on the fragility of materials when exposed to one another and on how sculpture can be experienced not only by its physical qualities but by the intra-actions established between different elements in one space, or even in one building as a whole. Such spatial conditions introduce to the work a continuity only perceived by one’s own imagination.  Through temperature and humidity, the qualities of these spaces in which the work is installed are challenged and altered, letting negative forms appear from positive ones and from their ephemeral traces. Through the different materiality expressed by the non-visibility of water in its gaseous state, the solidity of ice and the possibility of movement of water in its liquid state, the work adapts to the spatial frame of the exhibition that it becomes part of. 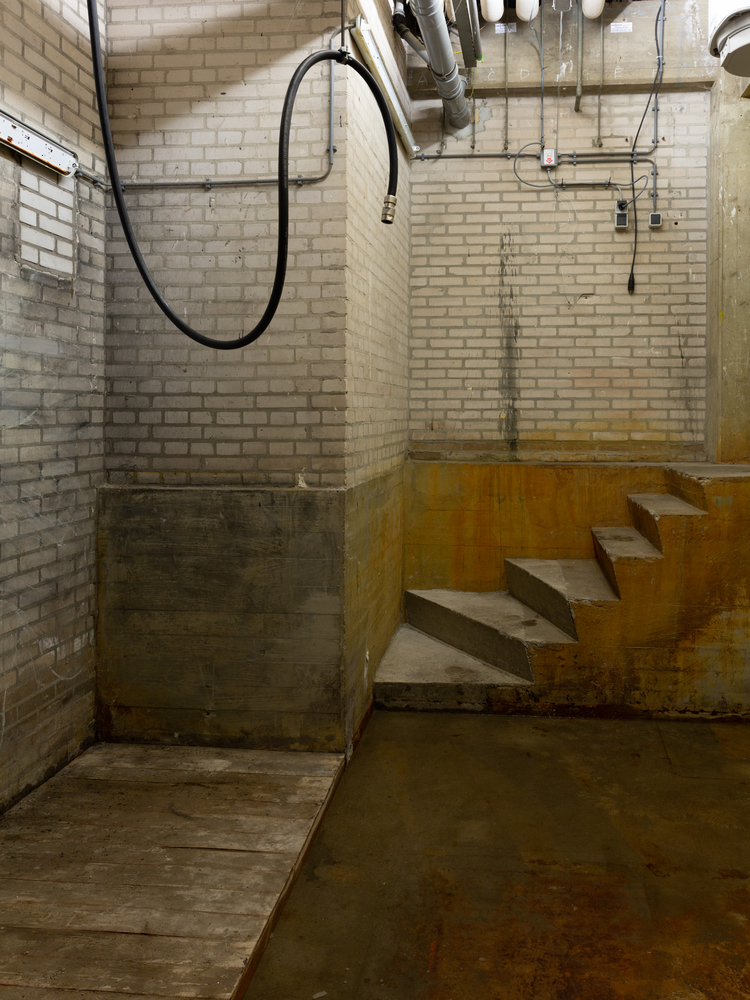 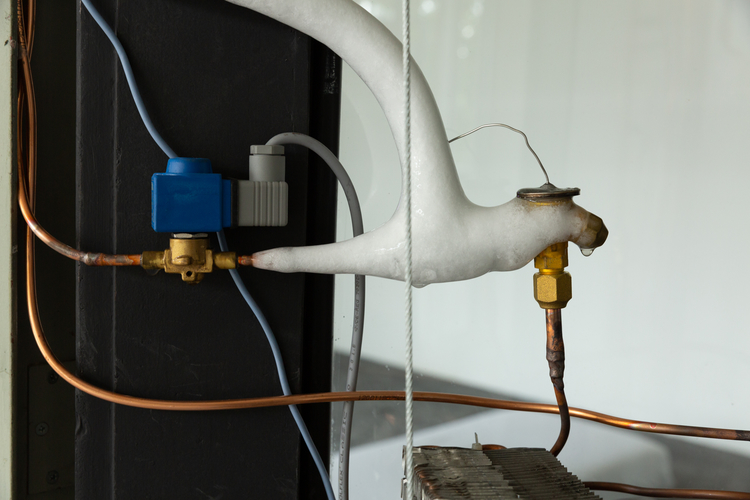