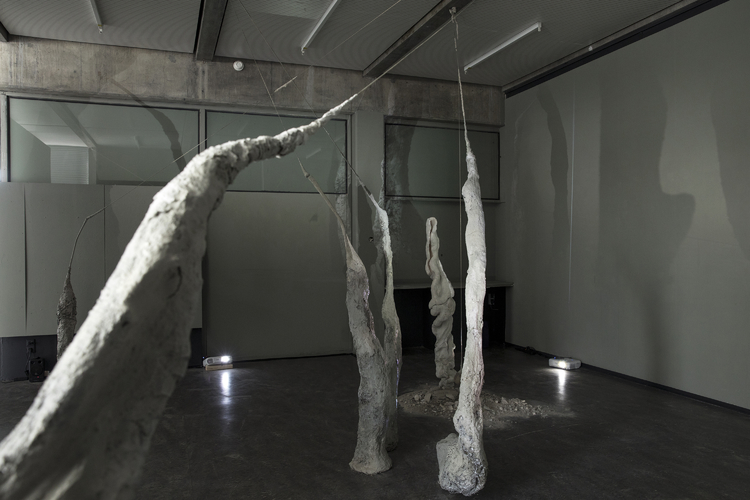 Thesis: Presence as the Field and Matter as a Medium

Claire Wymer’s instillation unfolds as subtle dance and as accumulation of layers. They reveal themselves through time or they might not. Much depends on the presence of another sensorial body. Things get twisted and turned on themselves. Shadows can speak of the act of creating, which turns what had been mysterious and hidden into the subject of imaginative speculation. The space of the installation partakes in subtle creation by multiplying fleeting apparitions and by shedding light onto them. Much depends on the sensorial body. Sculptures made of different materials manifest creation as such fundamental process of layering. In this dimension relations among elements emerge as primary. ‘We are of the world’. Entities do not pre-exist interaction, they are formed in a dance of intra-actions. While the sensorial body journeys in such space, a secret landscape and vocabulary of earthy encounters may materialise. 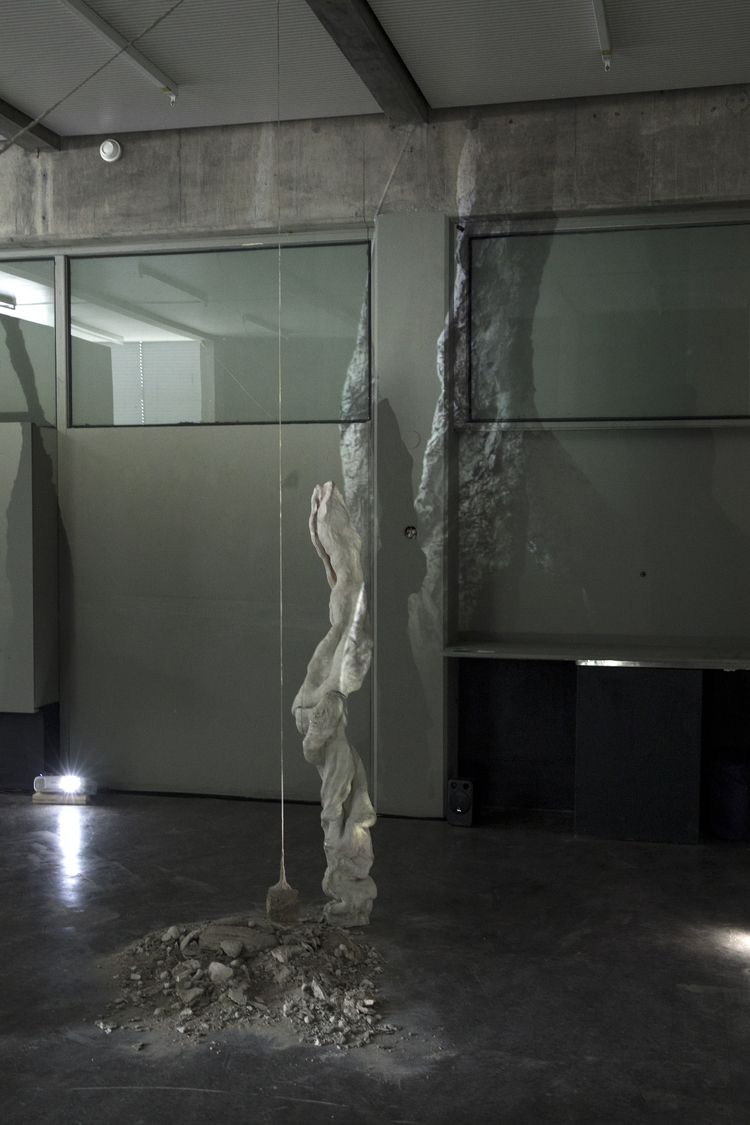 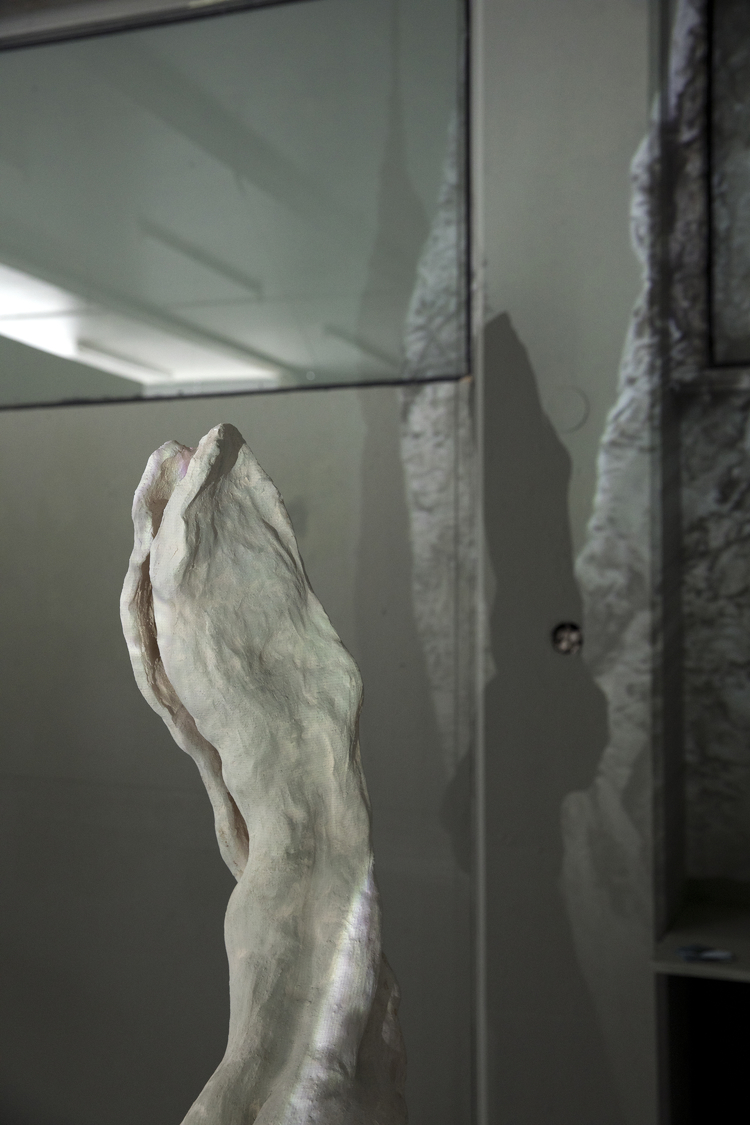