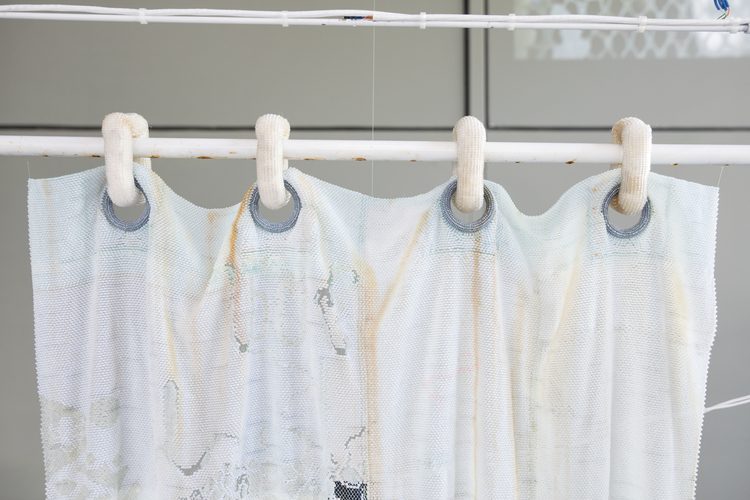 All over the world, shower curtains are clinging to legs, arms, knees.

This rude gesture calls for a re-evaluation of the relations between the stationary and the dynamic, the animate and the inanimate.

What’s inside a shower curtain?

Do shower curtains have souls?

Does the shower curtain cling to us or do we cling to it – or both? Can it be mine? Will it ever dissolve?

A new shower curtain came to be, made up of countless tiny beads. It consists of both glass and 3D-printed bioplastic beads woven together by hand, one by one. Approaching the curtain, the visitor sets a process in motion. As they near it, a water flow is activated, resulting in the shower curtain itself taking a shower. As the bioplastic beads start to dissolve, gaps appear and coloured thread starts to show. In the course of its decay – as it is touched by the visitors’ attention – the curtain’s liveliness surfaces. 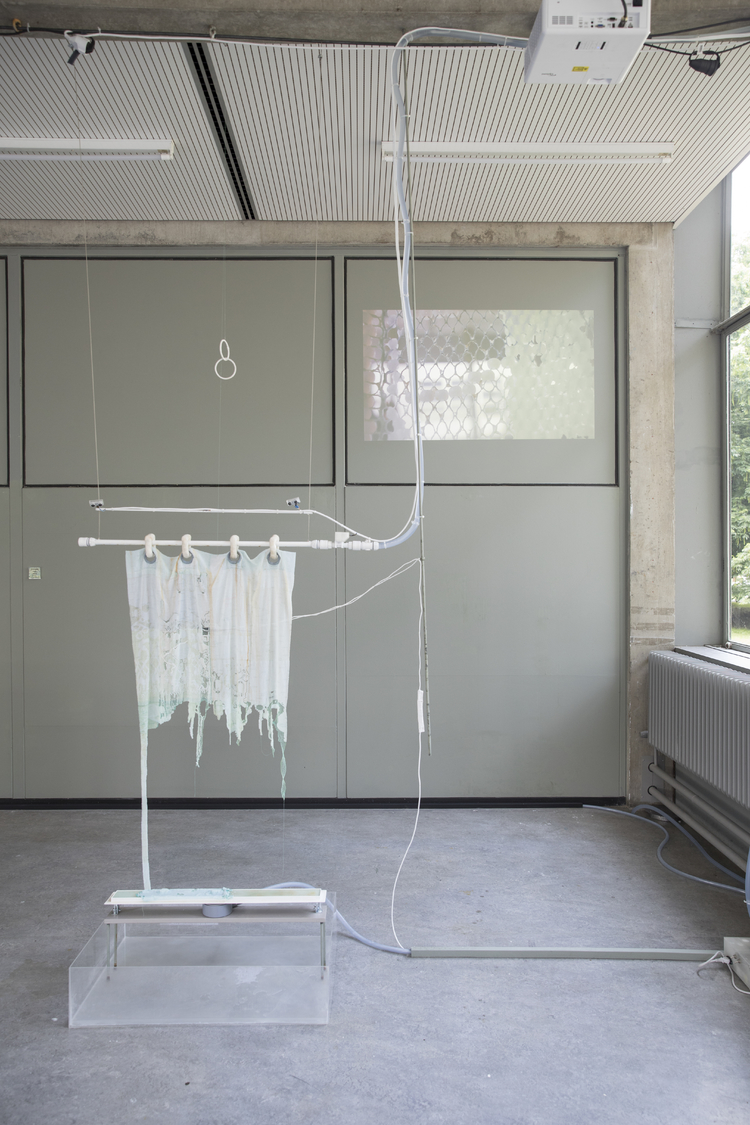 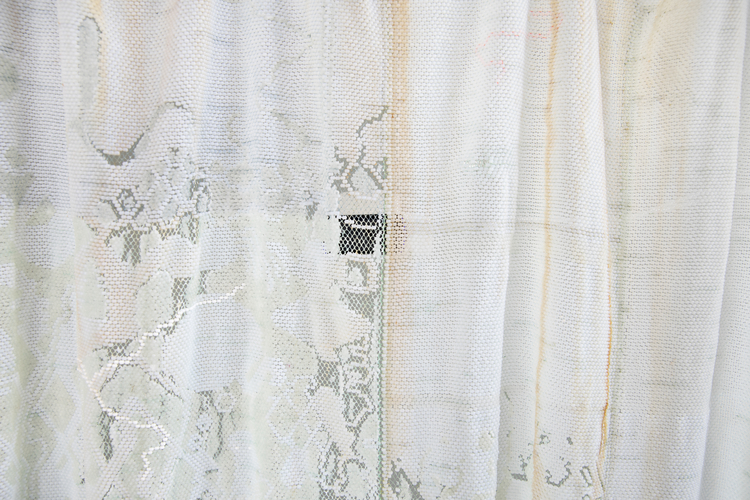 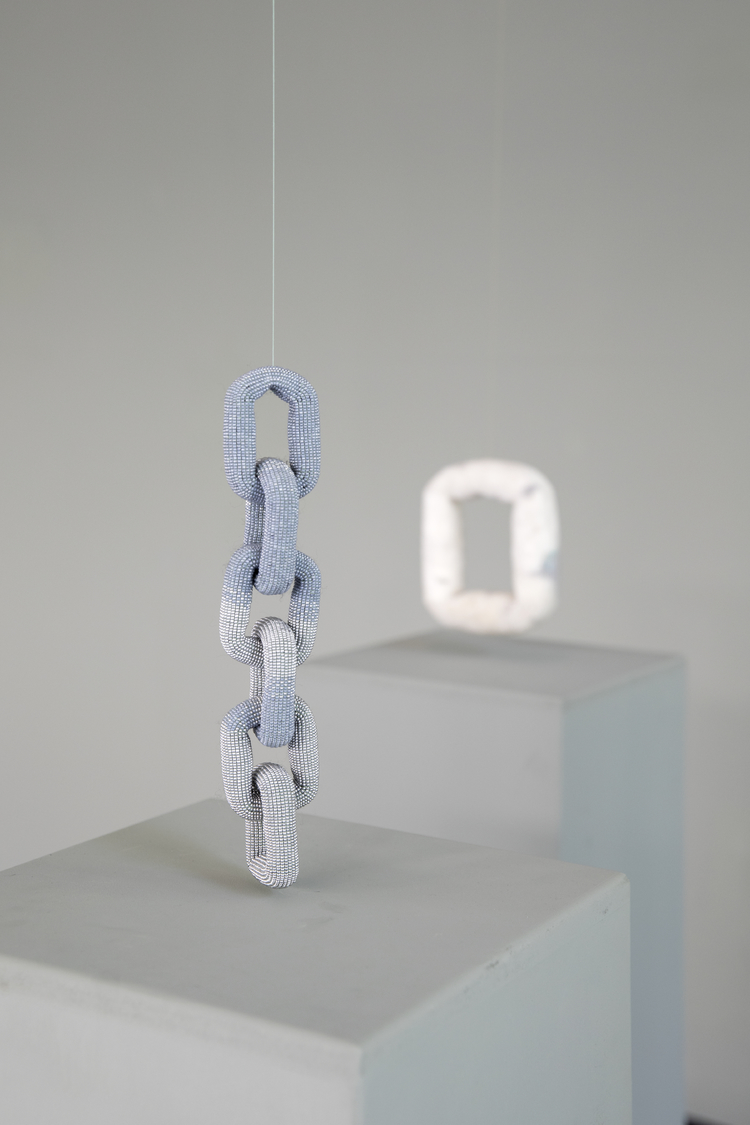 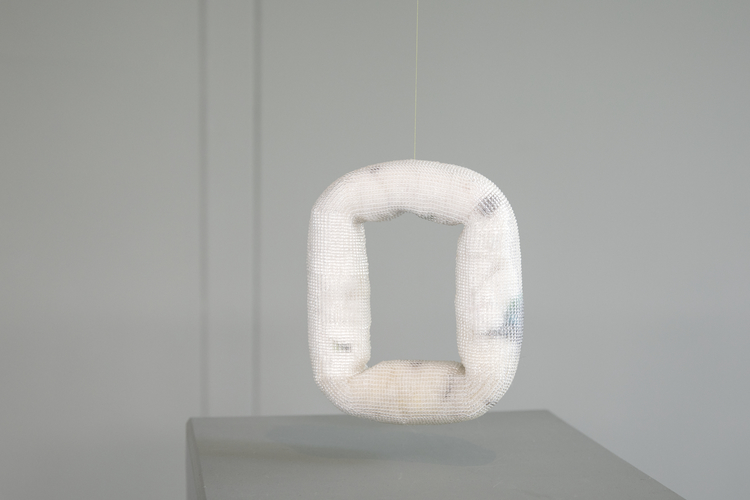 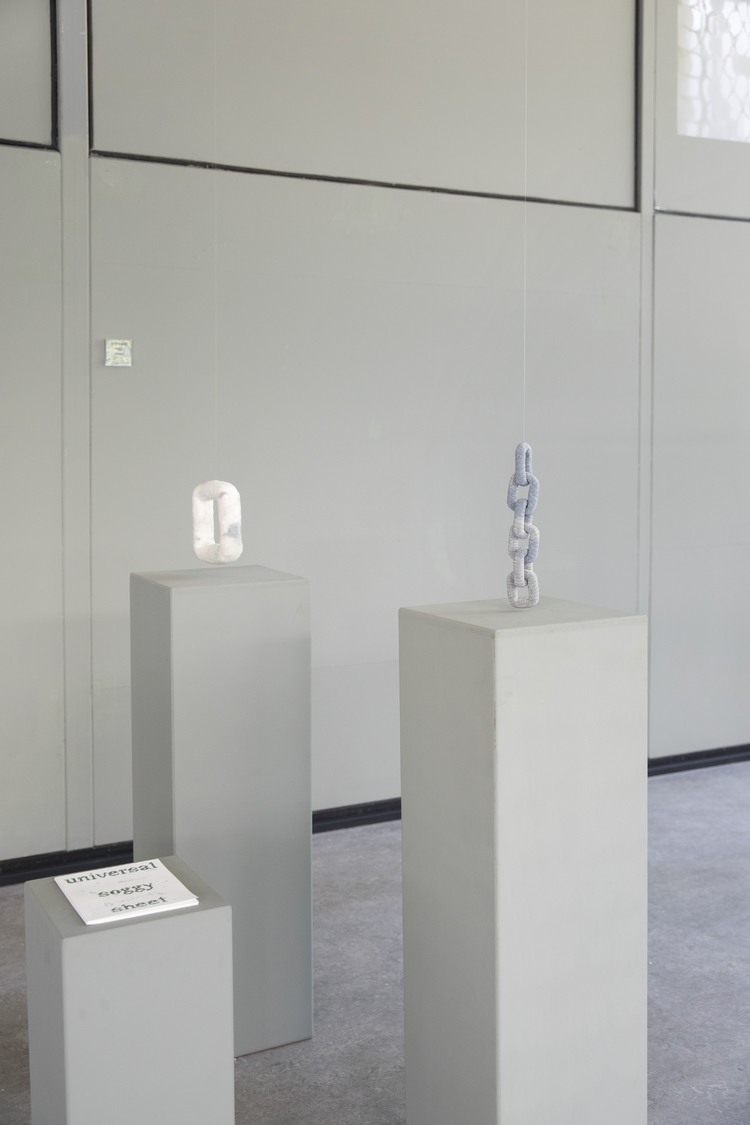 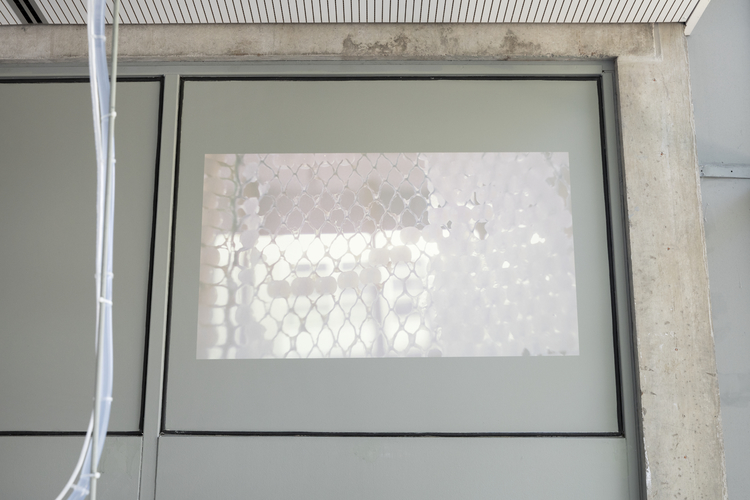