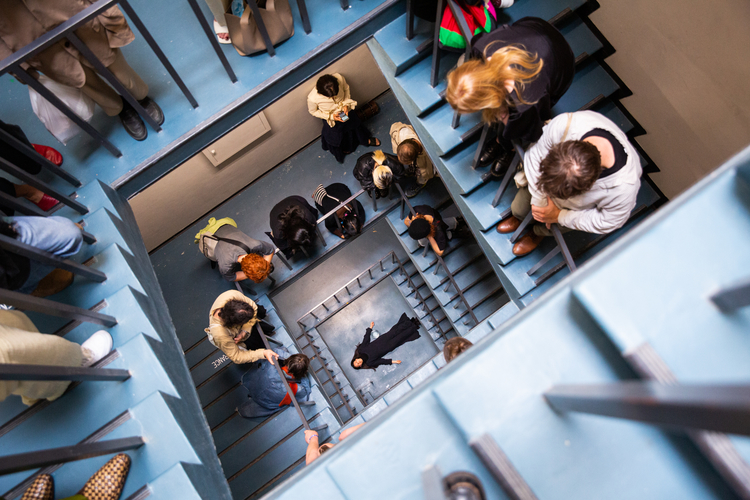 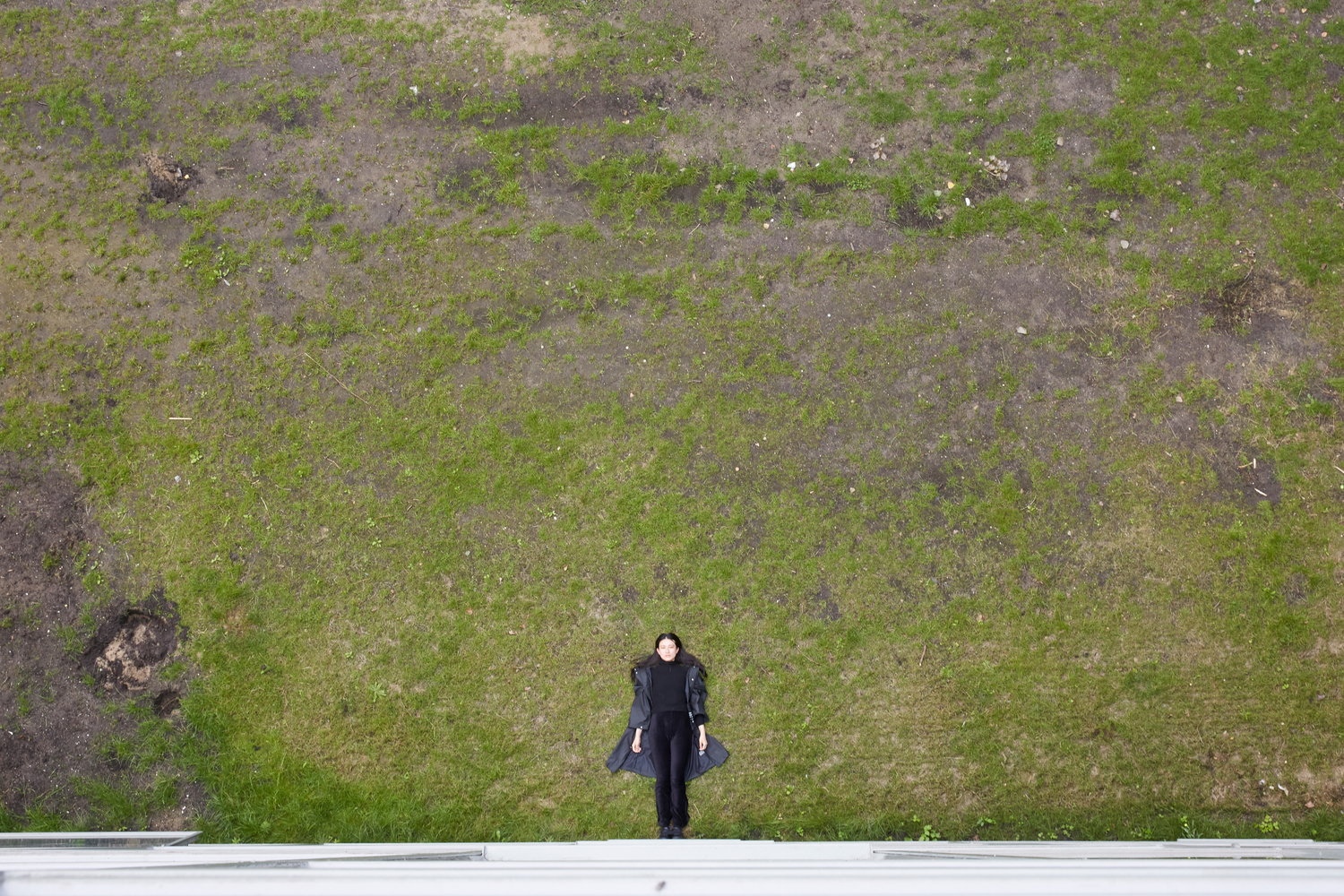 During the Graduation Show in the side stairwell of the Rietveld Building, I created a sound-based performance making use of the acoustic property of the stairwell, through the use of language and pronunciation as a chant-like medium to address the audience in a direct manner, try to touch upon a prelinguistic, universal urge of communication and connection, which take place on the threshold of making sense, and happens in terms of frequency, a state of being than in terms of meaning.

In the prayer room, I further investigated the act of meditation, prayer, and the idea of “present" and "absent”,  where the audience who entered the room is going to encounter, through an almost invisible thread as the only clue, an unexpected location of an ongoing performance. The thread stems from the theme “communication and connection” as well just as in “...from...to...”, connecting my mouth and the corner of the room where the audience could sit. I devoted the entire five days of the graduation show from morning to night to the performance, forming a committed meditative exploration for me, during which the work accumulated throughout the course and took shape in the experience of the present moment.

“...from...to...” and “...from...to…(2)” are two complementary parts of a series of site-specific performances that took place in the side stairwell and 307 (prayer room) in Rietveld Building, Gerrit Rietveld Academie.

Thesis: As It Ripples