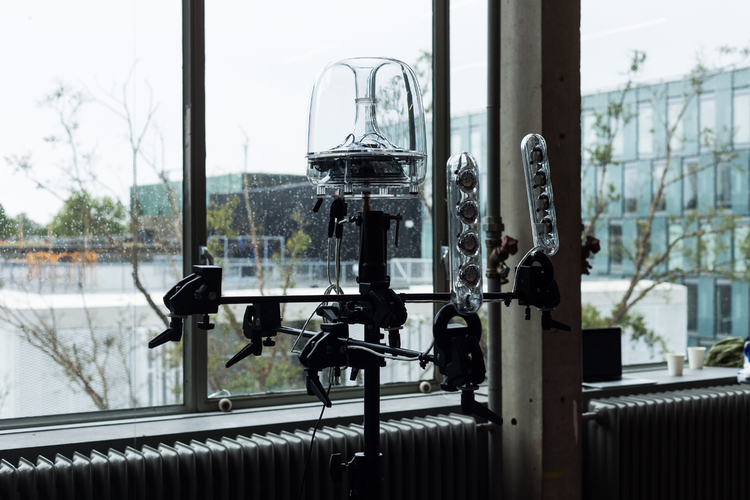 ‘In the summer of 2018 I was diagnosed with tongue cancer, as a result of which I had a part of my tongue surgically removed. In her 1978 critique, Illness as Metaphor, Susan Sontag challenged metaphors and the ways of thinking which surround certain diseases, while she was undergoing cancer herself. Reflecting this, I realised that there have been many metaphors and stories not only around cancer but also around the tongue, especially the act of having one’s tongue cut off. (…) My attempt in this thesis is neither to accuse nor support these metaphorical uses of the tongue but to look at their different codes. It will be a compilation of the tongue not only as a way to approach catharsis for my own sake but also to shed light on its social and cultural significance both as metaphor and visual code.’ –– Introduction, Thesis ‘Glossing Tongues’

In the installation, three speakers that resemble the structure of human vocal organs play spoken pieces by three ‘speakers’. 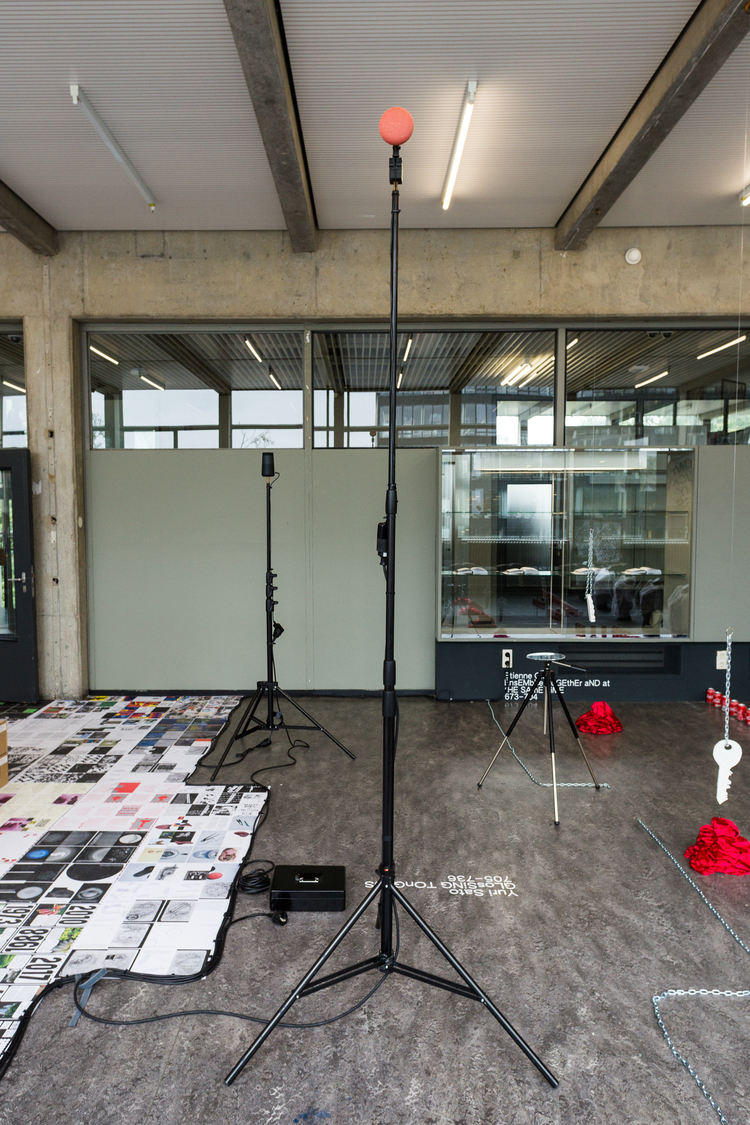 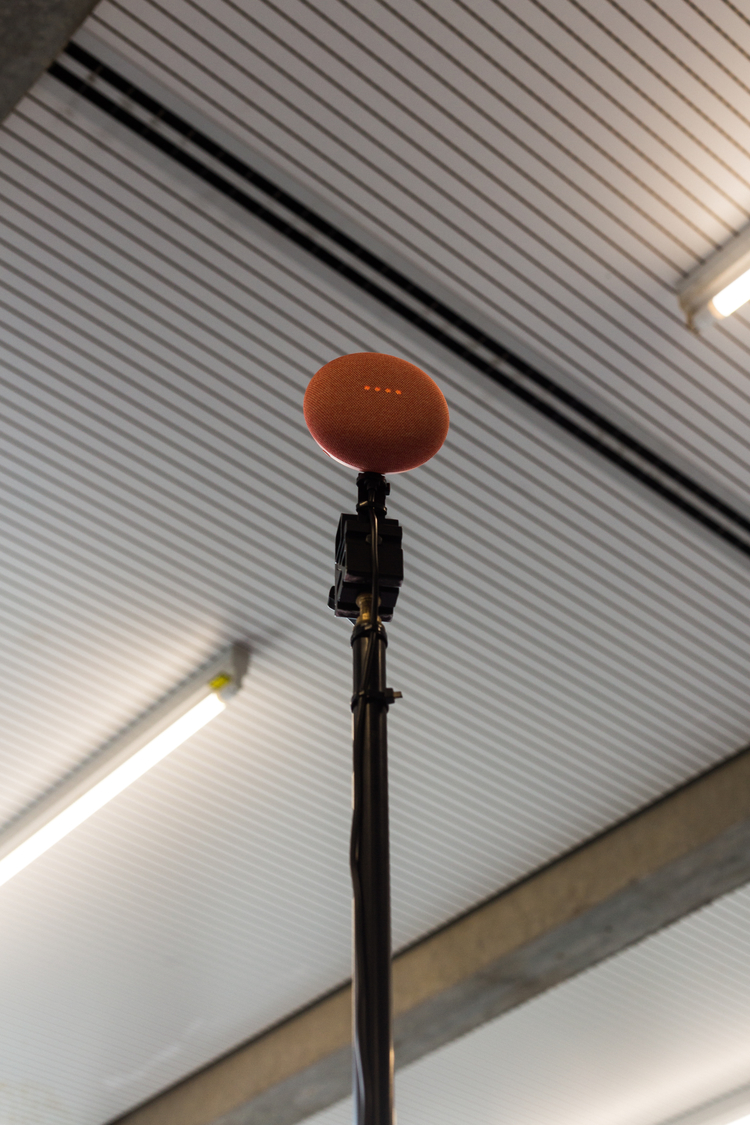