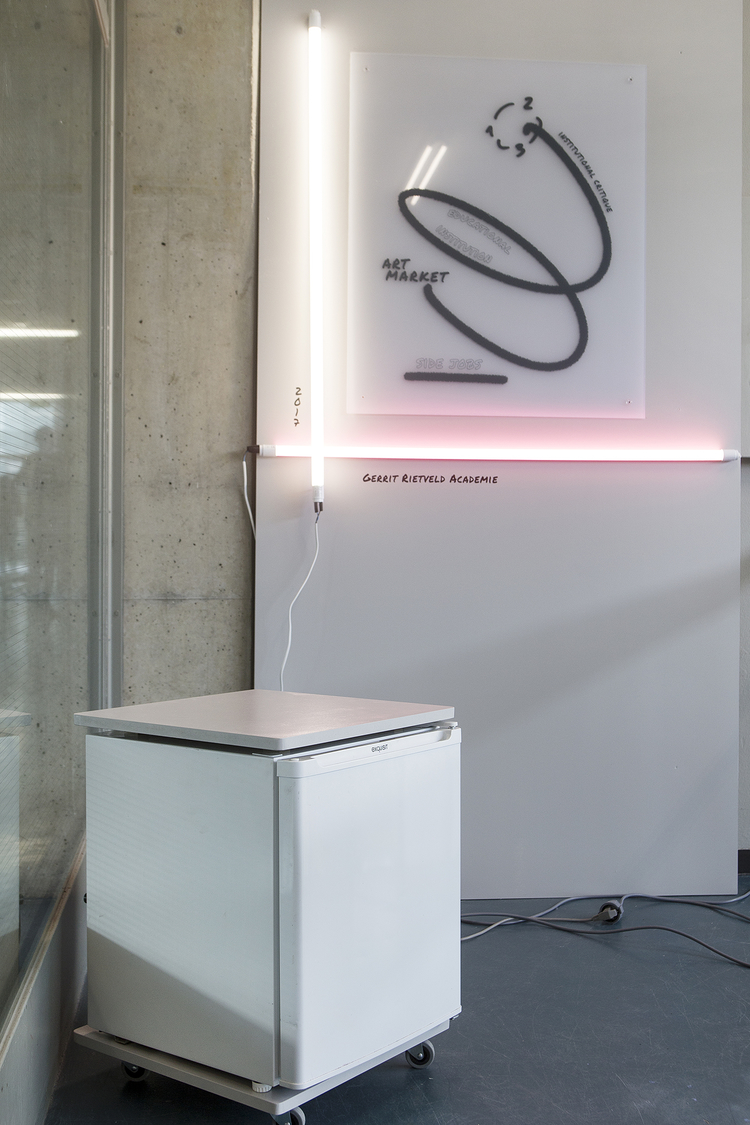 I want to raise the question of the necessity and the terms of an educational institution – in particular an art school like the Gerrit Rietveld Academie.

Following art dealer Stefan Simchowitz’ premise “there’s no one cashing in more on young artists than art schools” I interviewed students about their financial situations, the necessity of having a side job while studying, and their implications in relation to student life.

At the show I provide a space on the third floor and I invite you to spend some time (precisely the duration of eating a popsicle) in order to share some of my questions with you. 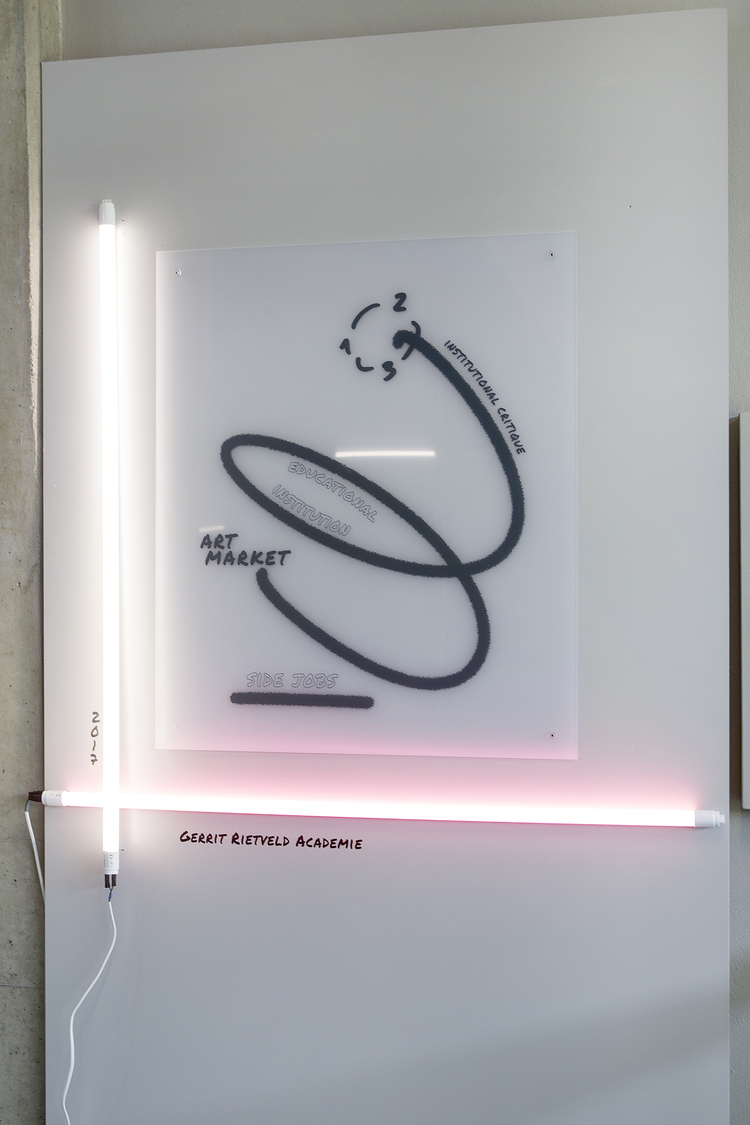 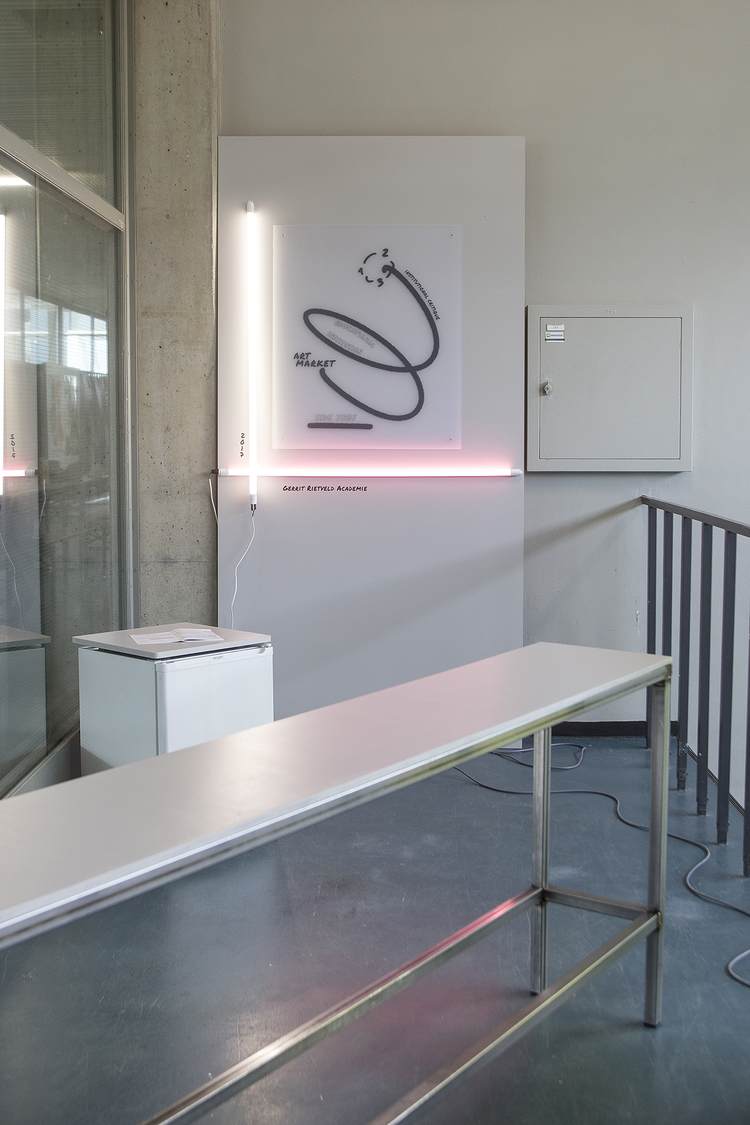 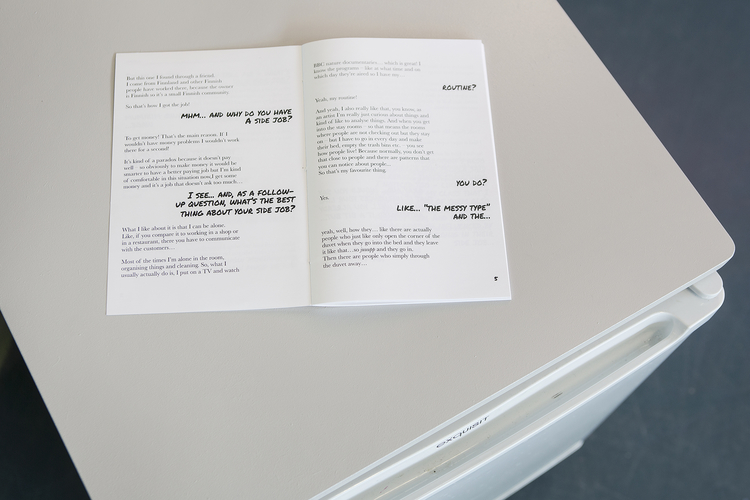 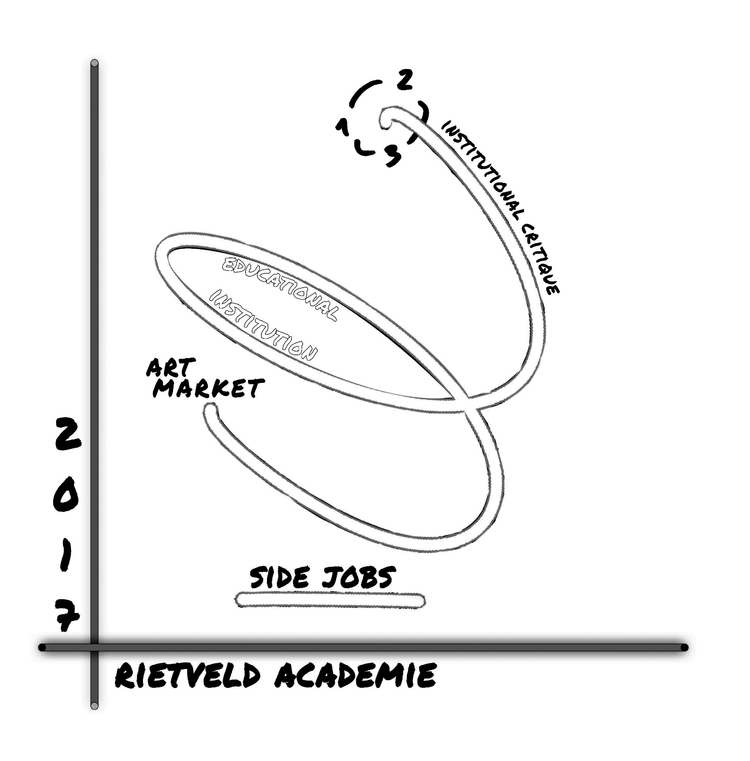