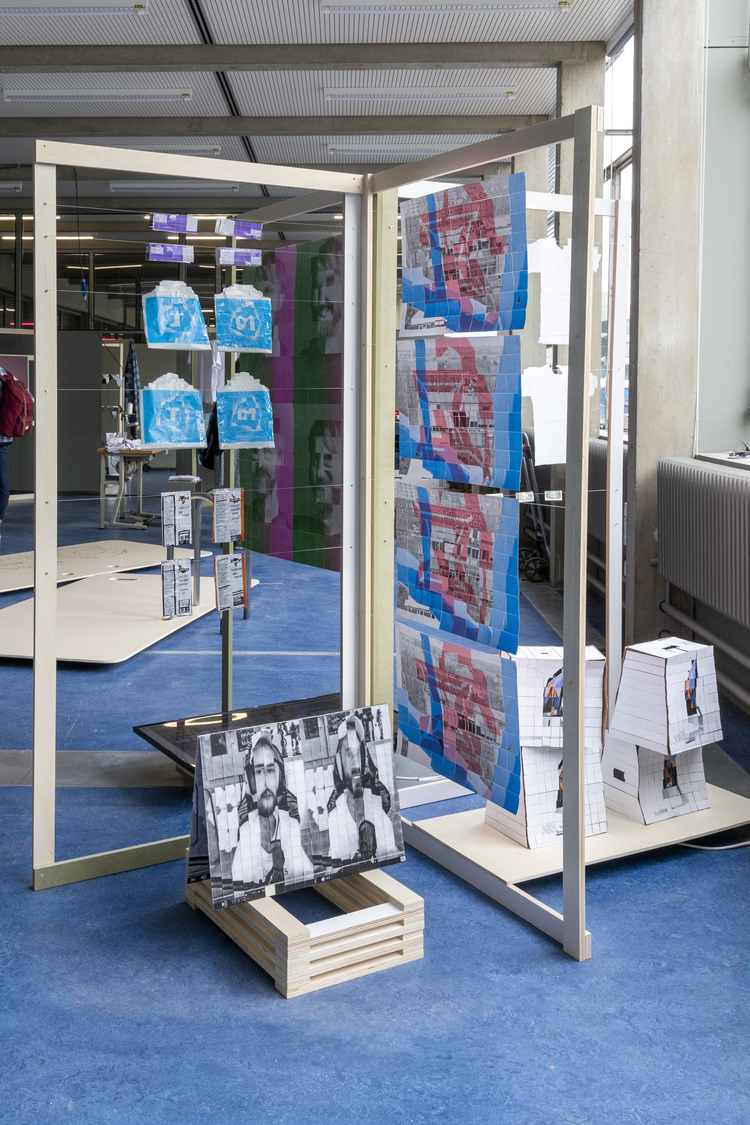 While Making a Channel

Choose an image. Cut this image according to a grid of vertical stripes. Take every second stripe and pull them down from the original image. Now you have two blocks of stripes. Squeeze these stripes together and suddenly you get two images which resemble the original image. Don’t stop there. Cut these two images according to a grid of horizontal stripes. Repeat the process, separate every second stripe and that’s how you get four blocks. Squeeze all the stripes in each of these categories together. Four images miraculously appear in front of you. You can see the original image in all of them. They are the result of a very thought through process of reorganisation… of an open source knowledge, but… wait a second. If you can do this with 2D images what happens if you do it with 3D objects? Let’s take, hmm, objects that surround you, like a box from the Milka chocolate. Turn it into four boxes in the same way. Put them on a table, walk away, look at them. From a distance you can hardly tell that what you see is not four actual original boxes. Then you start to wonder what would happen to a video if you reorganise its frames in the same way. You search for the right video and end up choosing Wrecking Ball by Miley Cyrus. You cut Miley up and the image inside of the grid is moving. It works. It is like nothing you have ever seen before. You are looking at 4 faces of Miley which came from a single frame of one face and suddenly you start to realise that all of them express very different emotions. You turned one face into four emojis. You become obsessed with faces. You take an image of the face of a baroque sculpture which, after cutting, delivers a sad male and a happy female face. Are you in the gender transformation business? Then you print your face, the face of PewDiePie or the face of Sponge Bob, and you can hardly tell anymore if they are sad, angry, confused, or excited. You look at the video of Miley again and you realise that what you see are four frames next to each other, but rather than displaying them on a one screen you can put them on a timeline after each other, which will produce a video with four times higher frame rate. You just invented a frame rate generator. It’s a wobbly tool, but you don’t mind. You produce more videos, you film yourself smashing cardboard boxes imitating wrecking ball. You don’t stop there, you never stop. You take your old pyjamas and produce four tiny baby T-shirts out of it. You take a 1 dollar bill and turn it into 4 dollars and dream about a world where it would be this easy. You ask your friend who is producing 370 pages magazine if she needs any help and you end up cutting blocks of texts over 94 pages. This is what you do, every day. You transform Doritos packaging, plastic shopping bags, plastic horses. Talk about it, have fun about it. Try to figure out what you do. Are you cloning, filtering, designing a logo of the internet, implementing a virus, being obsessed with reorganizing, setting up a new economy, dealing with the fear of missing out, or producing eye candies? Either all of these, or none of these. 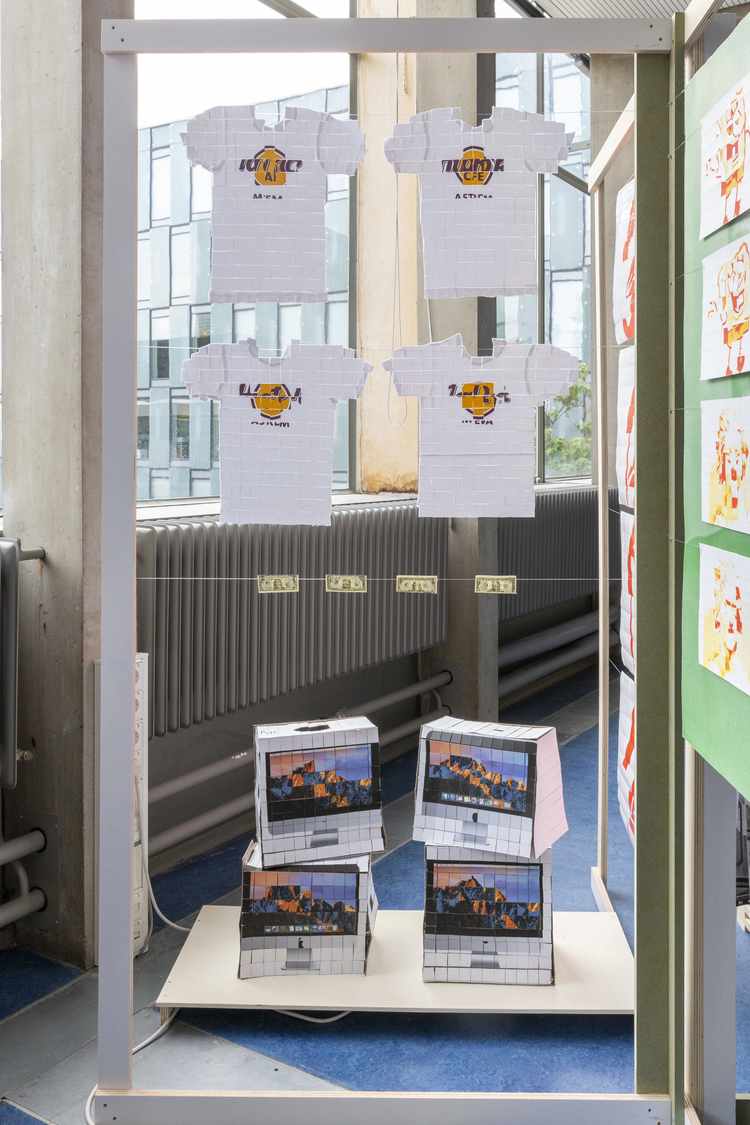 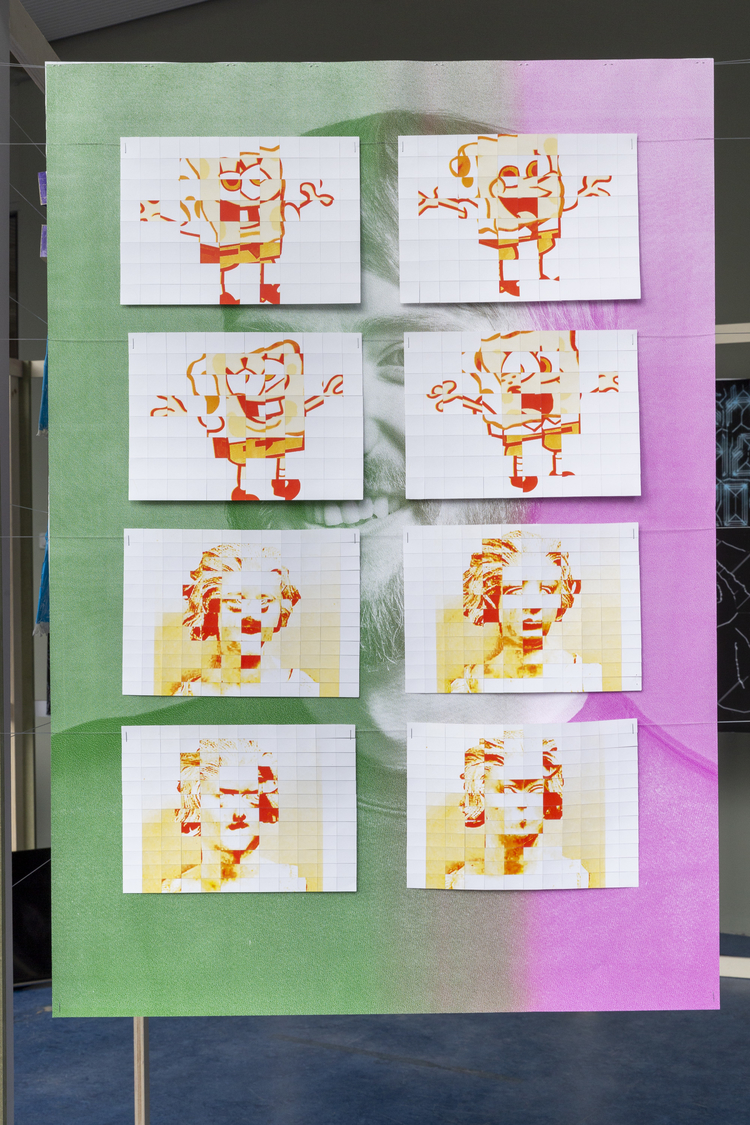 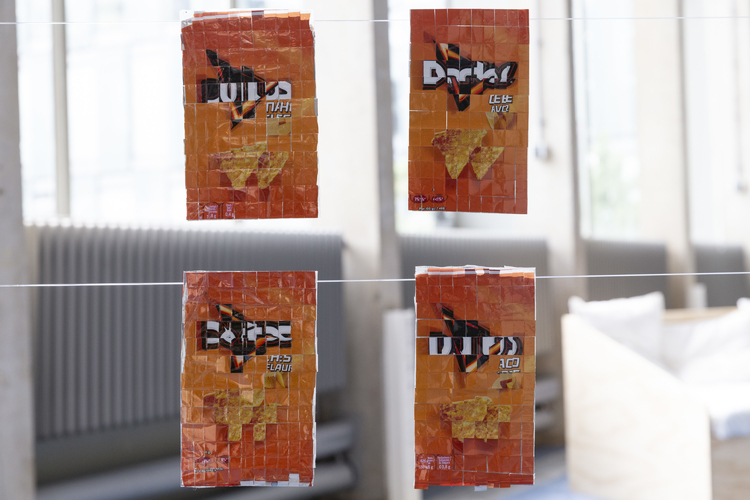 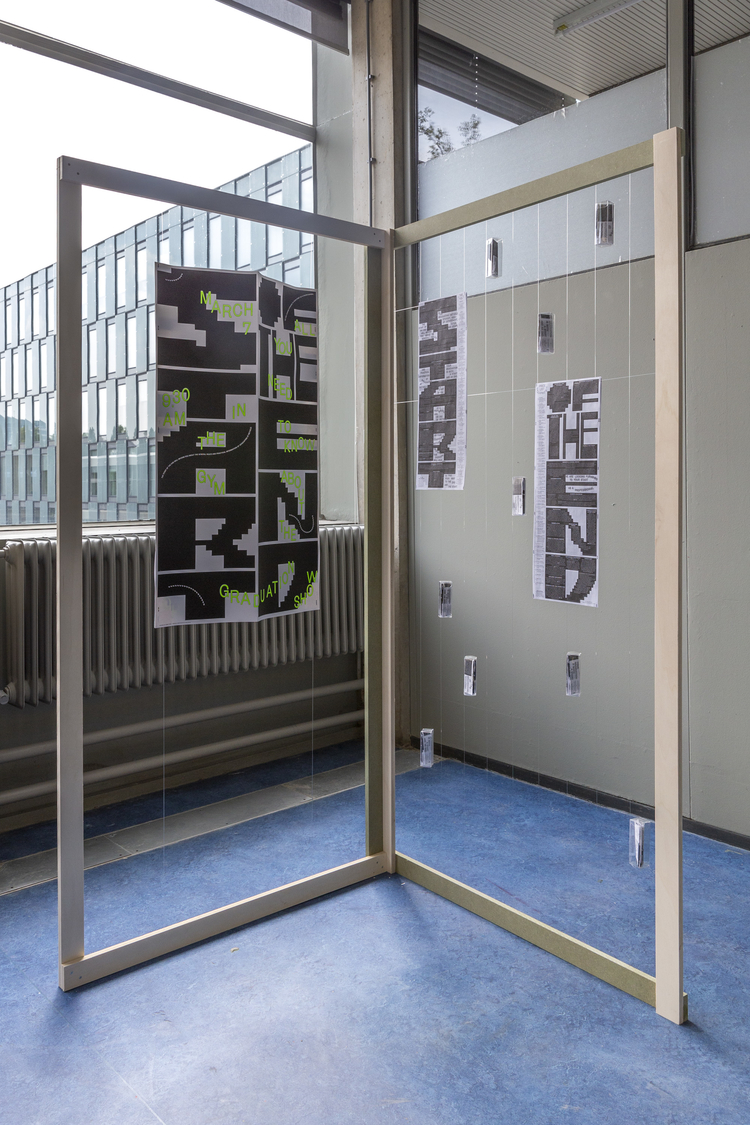