Front Left—Capturing club culture: 'Front Left—Capturing club culture' is an investigation into new forms of documentation of Amsterdam’s electronic club scene, paying special attention to respecting its safe space conditions. The project’s core question evolved from Jan's graduation essay 'Front Left—Politics of club culture’, which looks into the growing recurrence/importance of safe spaces within today’s club culture. It discusses what these spaces entail in communication, design and organisational decisions, as well as their broader social importance. According to Jan, one of most important aspects of a safe space is the no-picture policy, and therefore privacy and anonymity. A simple sticker on a smartphone camera restricts clubbers from taking photographs or videos and sharing these online. Since no form of documentation can fully re-enact the feeling of clubbing, this project searches for alternative memory triggers.

GENDER*LANGUAGE: The online reader platform GENDER*LANGUAGE, edited and curated by Jan Janssenswillen, consists of essays, websites and other initiatives divided in three different chapters. ‘Gender in Language’ compiles texts on the inherent gender within language and the implications this has on our perception of the world. Texts on the expression and imbalance of gender within the field of typography and graphic design form the chapter ‘Language of Gender’. And 'Gendered Language' talks about languages and speech developed within marginalised and oppressed communities. 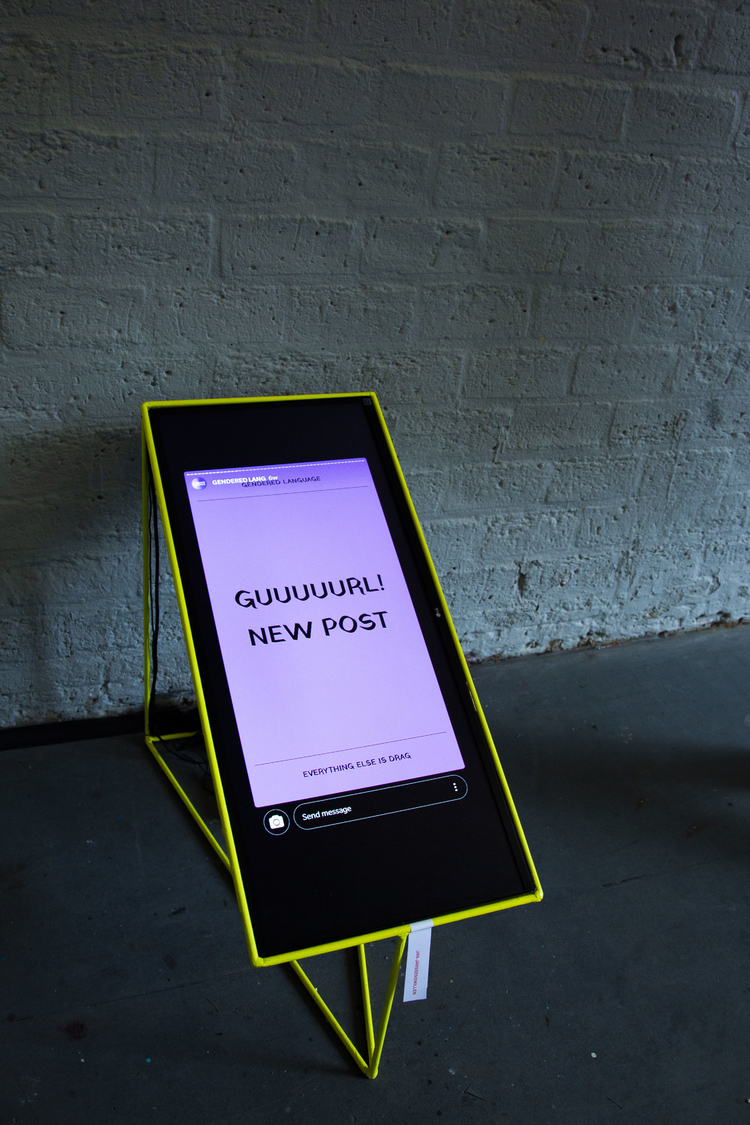