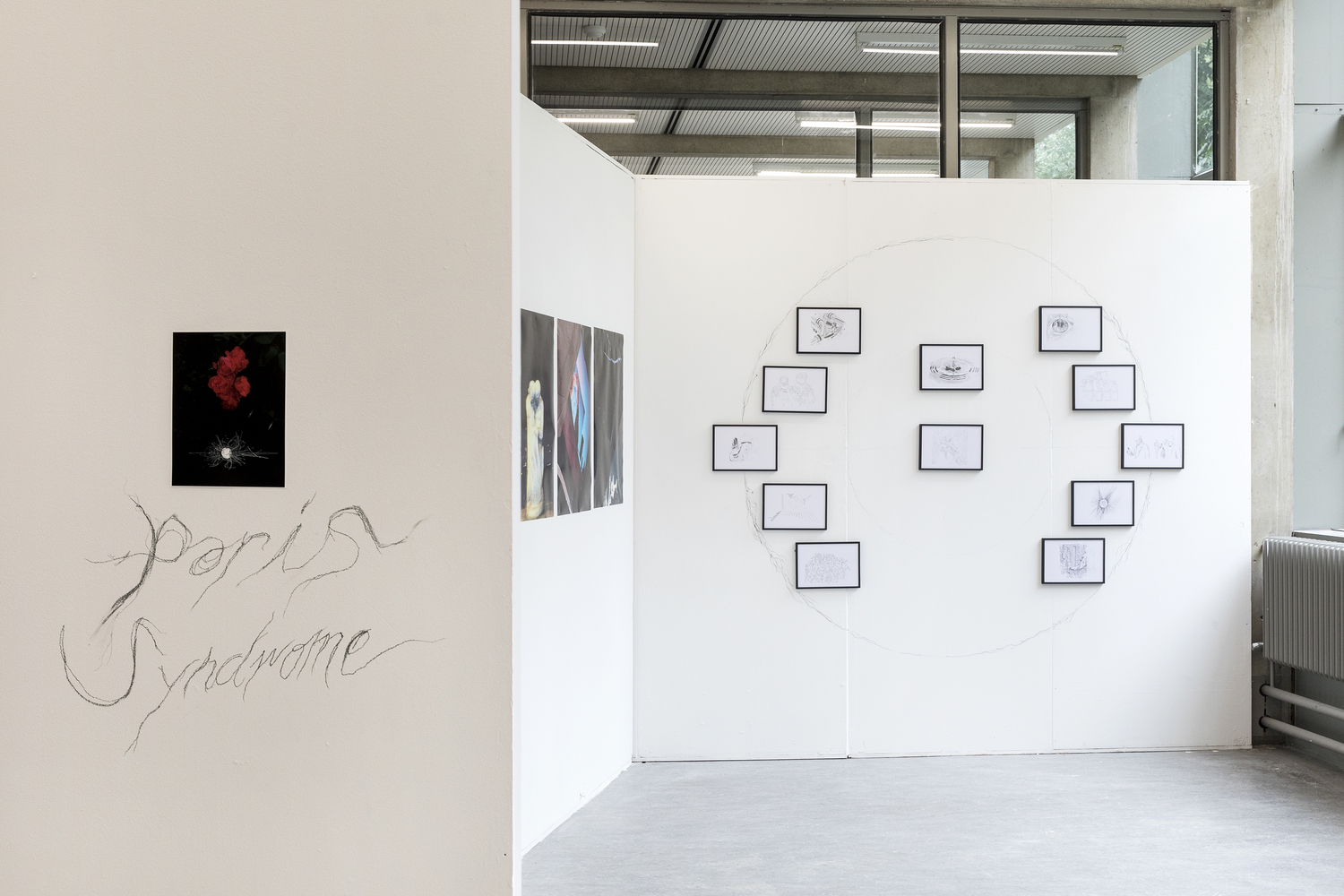 Paris syndrome is a condition exhibited by some individuals when visiting or going on vacation to Paris, as a result of extreme shock at discovering that Paris is not as beautiful as they expected.

The disorder is caused by positive representations of the city in popular culture, which leads to immense disappointment as the reality of experiencing the city is very different from expectations: tourists are confronted with an overcrowded and littered city.

The syndrome is characterised by a number of psychiatric symptoms such as acute delusional states, hallucinations, feelings of persecution, anxiety and also psychosomatic manifestations such as dizziness, tachycardia, sweating, and others such as vomiting.

Paris syndrome is the physical shock felt when virtual images appear as being more real than reality itself.

This might be the year we will all feel this shock.

Crises are blooming throughout the world at an exponential rate and we all witness this unprecedented times though our window or our screens.

Chained to the rhythm of the images we consume, we watch them go viral and disappear day after day, unable to look back and reflect, trapped in an eternal present.

Screenshots of riots, adds for face-masks, media footage covering the pandemic, classical paintings and landscapes of cities in ruins are amongst the images that I encountered and drew during this curious period of time.

By assembling these elements of our reality to construct a series of drawings, I aimed at making sens of this turmoil of images, enlightening its dystopian accents and manifesting the tension in between real and fake, virtual and material images.

The surgical sharpness of the drawings, mimicking the cold, systematic and unsparing tone of the information cycle, contrasts with the enchanted reality of the pictures, weaving a constellation of modern narratives.

In those “confined” photographs, taken in empty streets or inside the monotony of an apartment, the banality of our routine, trash, flowers or buildings suddenly reveal an appealing and chimerical glow.

Through this book I intended to create a time-document that could encapsulate my artistic manifestations of this global crisis.

Transmitting this unique response to a period of time that will be marked in history is a meaningful process in itself as it will further help seeing the recent unfolding of events under a new light.

This book tries to explore the visual peripheries of our present in order to glance at the possible shapes of our future. 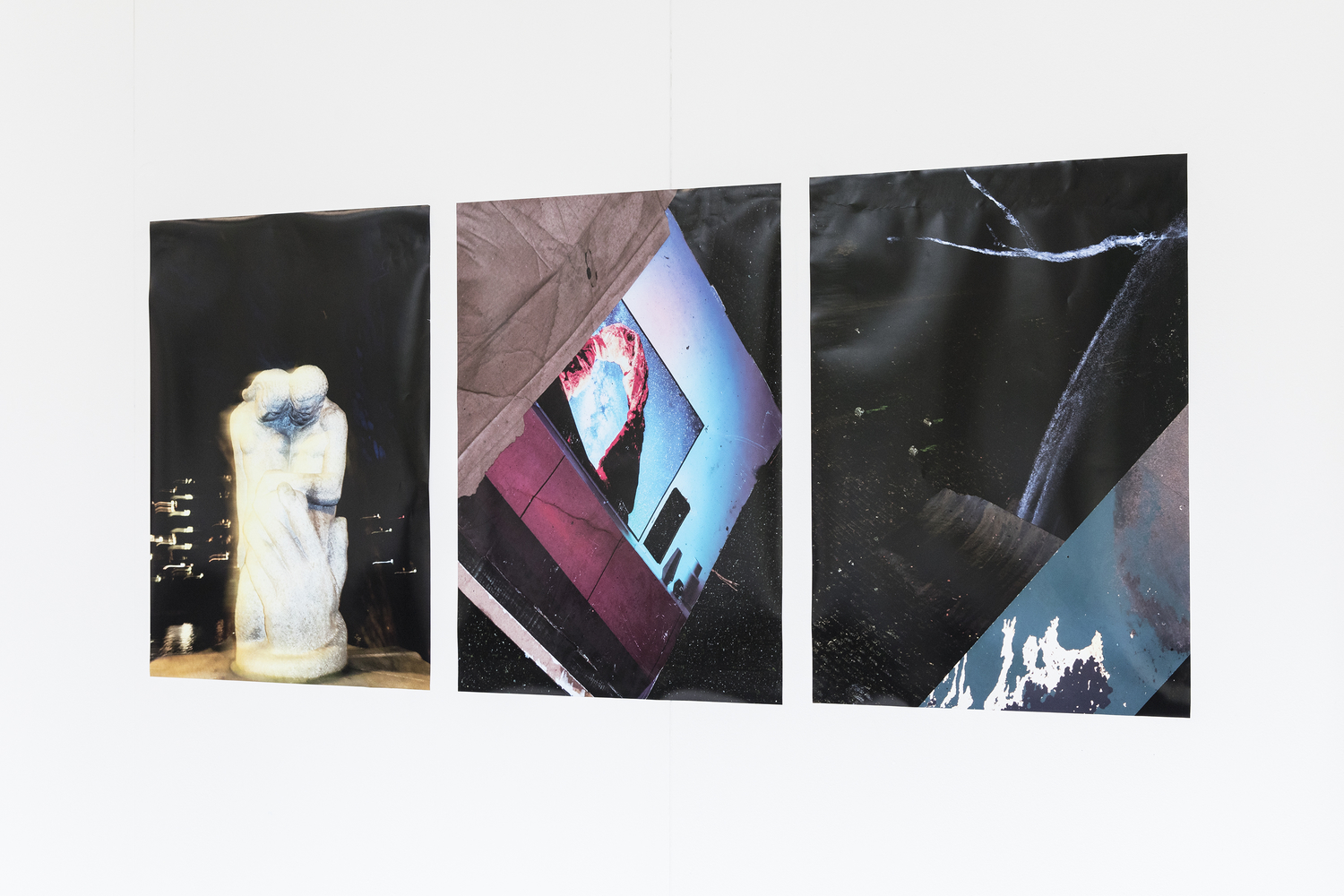 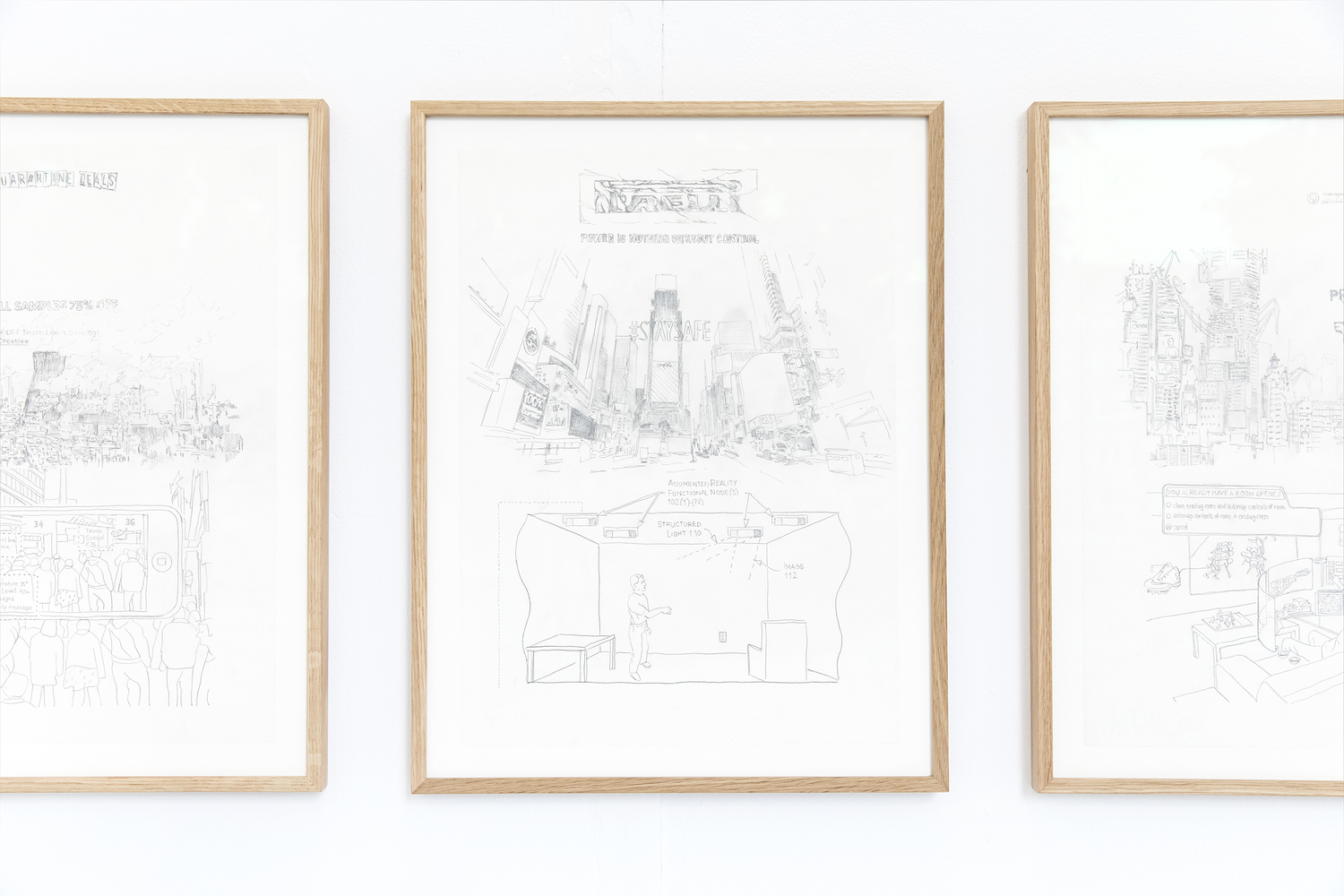