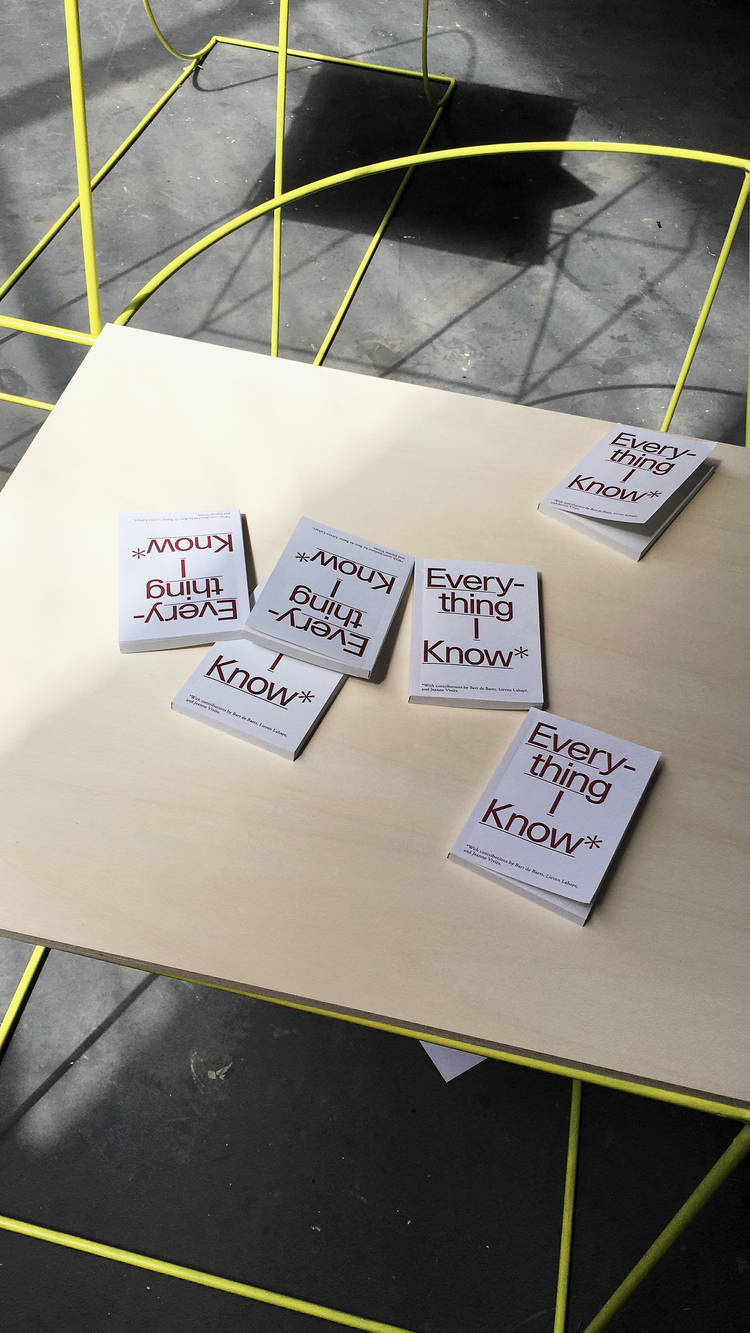 ‘Everything I Know’ is a serial publication that consists of an enumeration of ‘facts’. As part of her research on structures to gather and list information within everyday life, Jeanne wrote this spontaneous a-b-c of things she learned over the years. She expanded this by inviting contributors to make their own list; questioning the relation between structures of sharing knowledge and portraying.

Amble Ramble of Two Looky-loos (in collaboration with Geke Zaal)

In this project Geke and Jeanne became observers of daily events, normality, and that which usually might go unnoticed. They collected movements, gestures and dialogues in public spaces in Amsterdam: the department store de Bijenkorf, the Stedelijk Museum Amsterdam, the ferry to the North of the city, the Javastraat and the Café de Wetering. With doing so they attempt to question the given hierarchy of importance and stage the unspectacular. The project aims to give a counteraction to the way the attention is usually drawn to the spectacular and the news with their constant stream of big events “as if life reveals itself only by way of the spectacular, as if what speaks, what is significant is always abnormal” (Georges Perec, Approaches to What? from Species of Spaces and Other Pieces). Each chapter of this book focuses on one place, the design – which is based on communication structures used within those places – brings together the different observations of Viviès and Zaal.