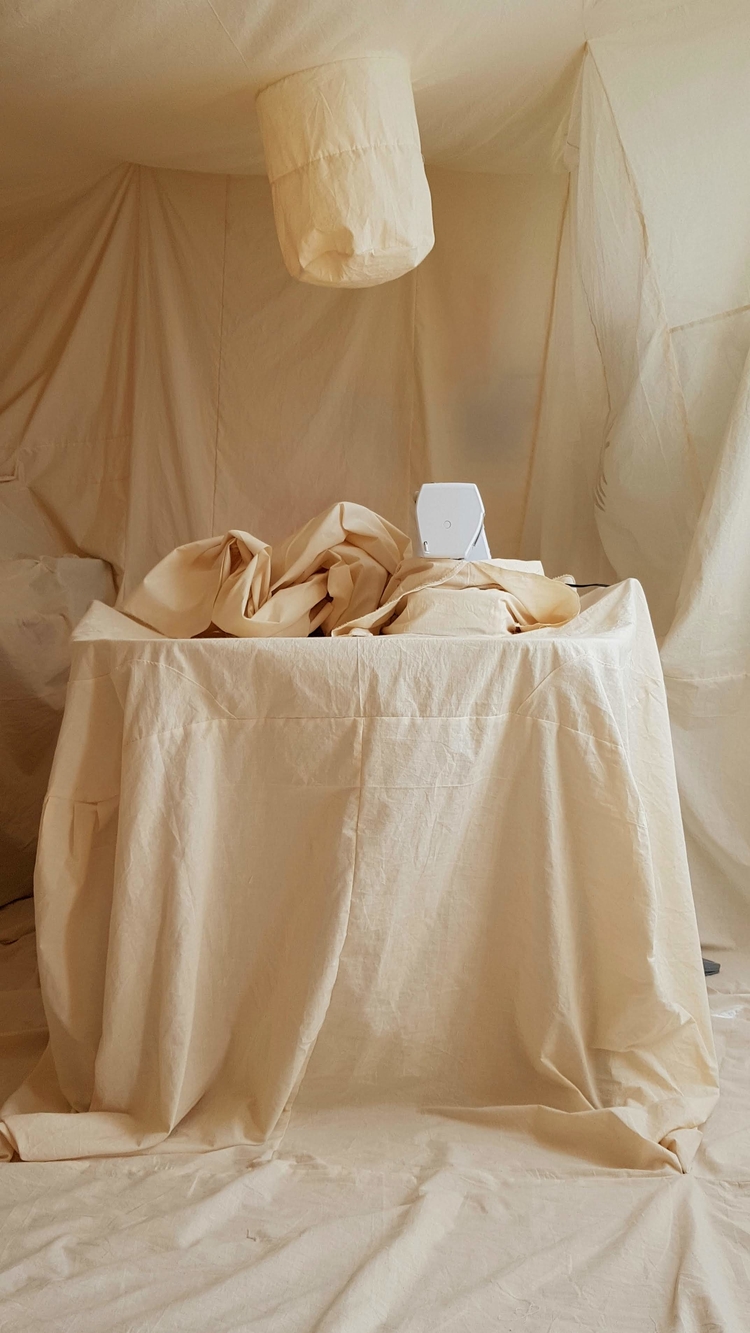 As a result of the Corona lock-down, March 2020, we were forced in a non-stop, utterly familiar feedback loop with our homes. In search of a new space and fresh relationship, I attempted to break that loop by constructing a garment, a dress, if you will, for my house.

Two years ago I was watching a play about an encounter between the West and the Latin Continent. The play dealt with colonialism, cannibalism, love, disgust and things getting lost and found in translation. Towards the end of the piece the character representing Brazil offered an interesting proposition. She said: “What is a home? Think of home as a place that is not fixed but forever shifting. Perhaps, a place that moves like a waterline, there where the water hits the sand.”   At least, that was my interpretation of what had been said. I felt this to be true, maybe ever truer now, as global tides seem to move quicker than ever before.  I started imagining houses on waterlines that would continually change their positions as oceans would have it. But, I couldn’t. The concept of it was too big as the imagined constructions were too big. I had to make it smaller. So, I tried imagining my house, forever moving on to different destinations, not claiming any territory. The same problem manifested itself. Again, I started downsizing its construction until it condensed into a basic shape that was only a suggestion of a space.   A space which, wherever the tidal force chooses to touch a shore, might make a home. 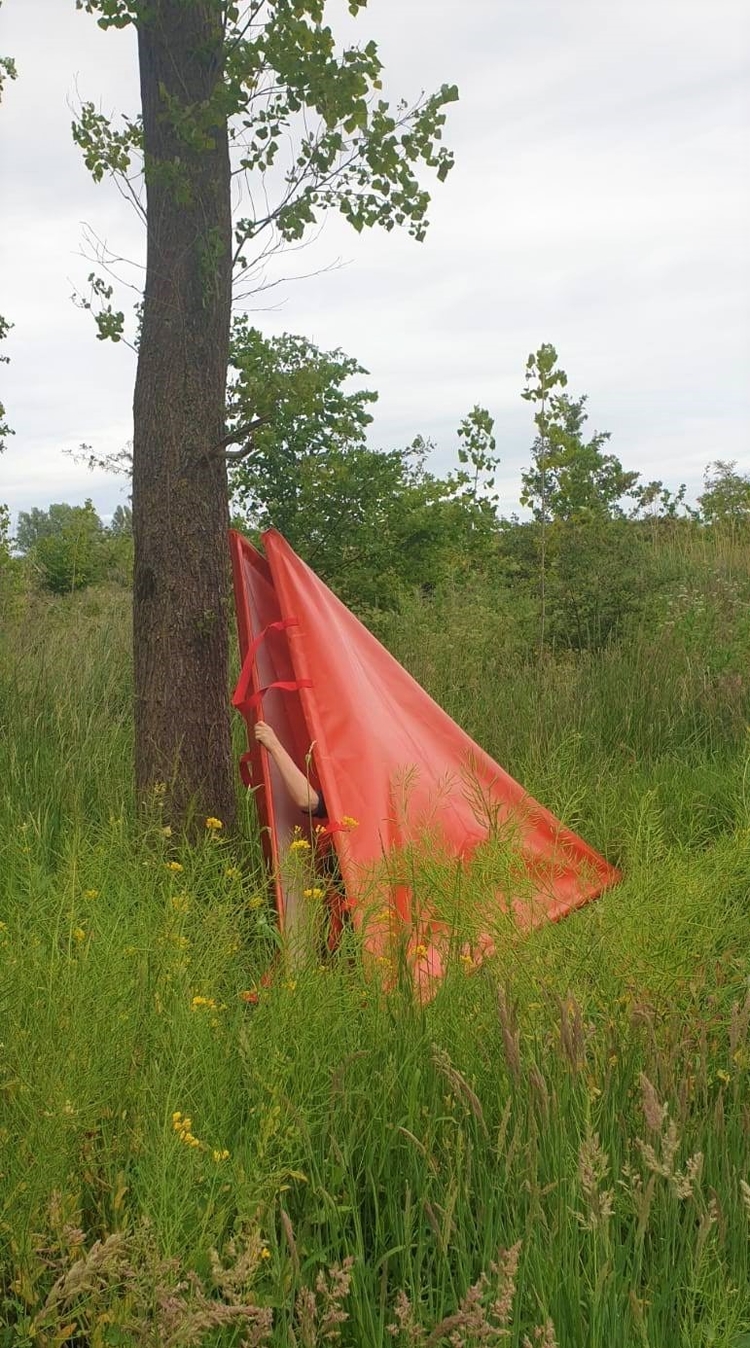 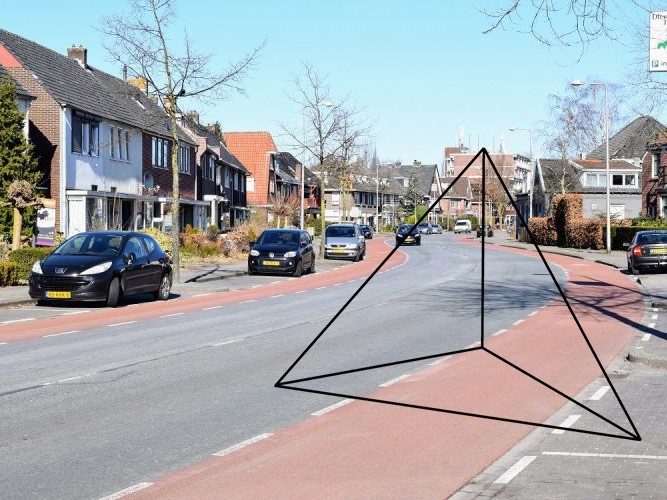