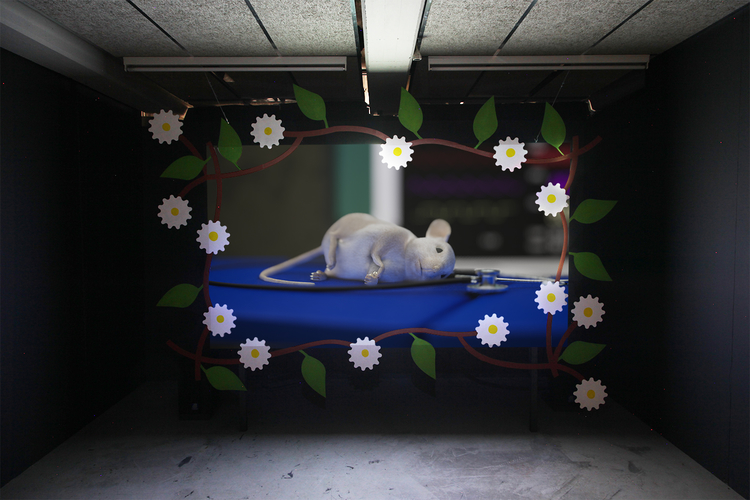 The Russian dog Laika was promoted to cosmonaut because of her traits. She was small and calm. During the ninth orbit around Earth the temperature in her satellite began to rise above 40 degrees. The hope was that she would live for eight to ten days. After five to seven hours she died from overheating and dehydration. The satellite circulated with her dead body for another four months, 2570 times around Earth until it burned up on April 4th 1958.

Philip’s animated video work comes from an interest in spaces and conditions built for innovation. Physical spaces where non-human proxies are simulated in human situations but treated like software or code. Filtering out our manual labour and our diseases. Becoming one of our closest neighboring species but never directly addressed. “We inhabit their narratives and they inhabit us”. *

The video shows dark, enclosed spaces, where mice and robots seem to be displaced together, entering and exiting the spotlight while executing certain movements or tasks. The programmed 3D performers act out their scenes over and over, executing their simulations. In the background classical music is playing on repeat, serenading untouched beauty and progress. 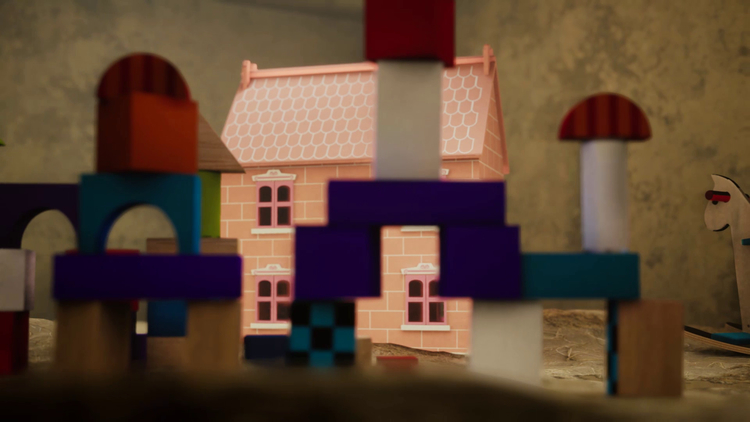 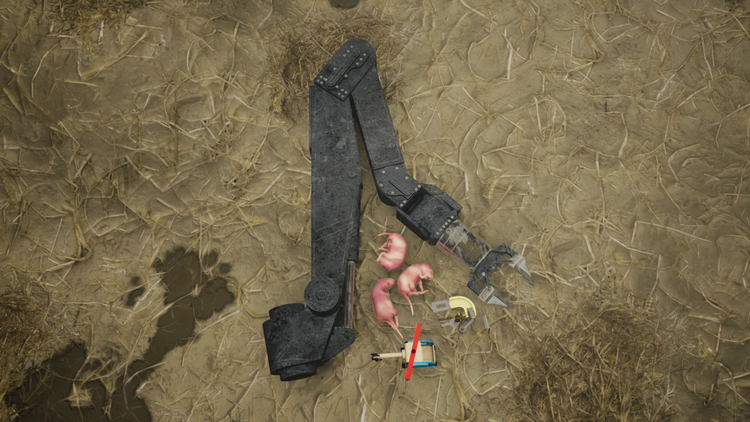