The departure point of this project took place back in 2016, when I found a surveillance company called BlueServo, that allowed US civilians to collaborate with border patrol agents, by watching via internet, the cameras placed along the border between the US and Mexico.

Ever since I thought of making a video work for this specific audience: If  a gigantic ball (of around 50 m diameter) rolls down a hill on the Mexican side, would it eventually roll over the fence?

For the Graduation Show, it will be possible to hear from far, testimonies from this people watching the surveillance cameras. In the room visitors  are invited to wear the visual gadgets I have designed, which elicit an immersive experience where vision and the physical presence of our body, are dissociated from one another.

Other parts of the installation are a monumental fence and a scale model of the territory between Ciudad Juárez (MX) and El Paso (US). During the making-process, I was replicating these literal references to the border-like situation, with the intention of taking them in a different direction, only as an excuse to start creating. The territory became a 3D landscape and by the time I was printing on its surface I could not resist thinking of Borges's tale where an emperor whose obsession for cartography concludes with the production of a map scale 1:1.

Given the statistics of visitors coming to the Graduation Show, I decided to make a work where I would either get donations for the production of the ball (in a glass piggy-bank laying in the middle of the room, where people can donate); or either I will bury this project and be the installation a proper funeral.

We will find out! 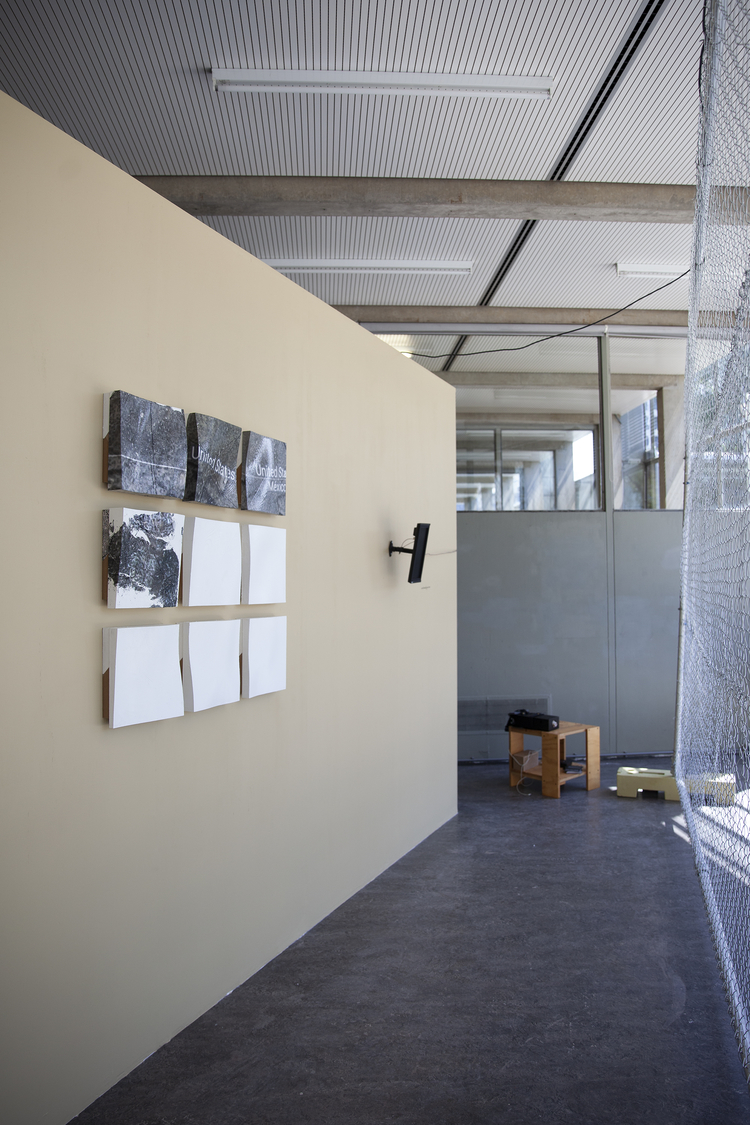 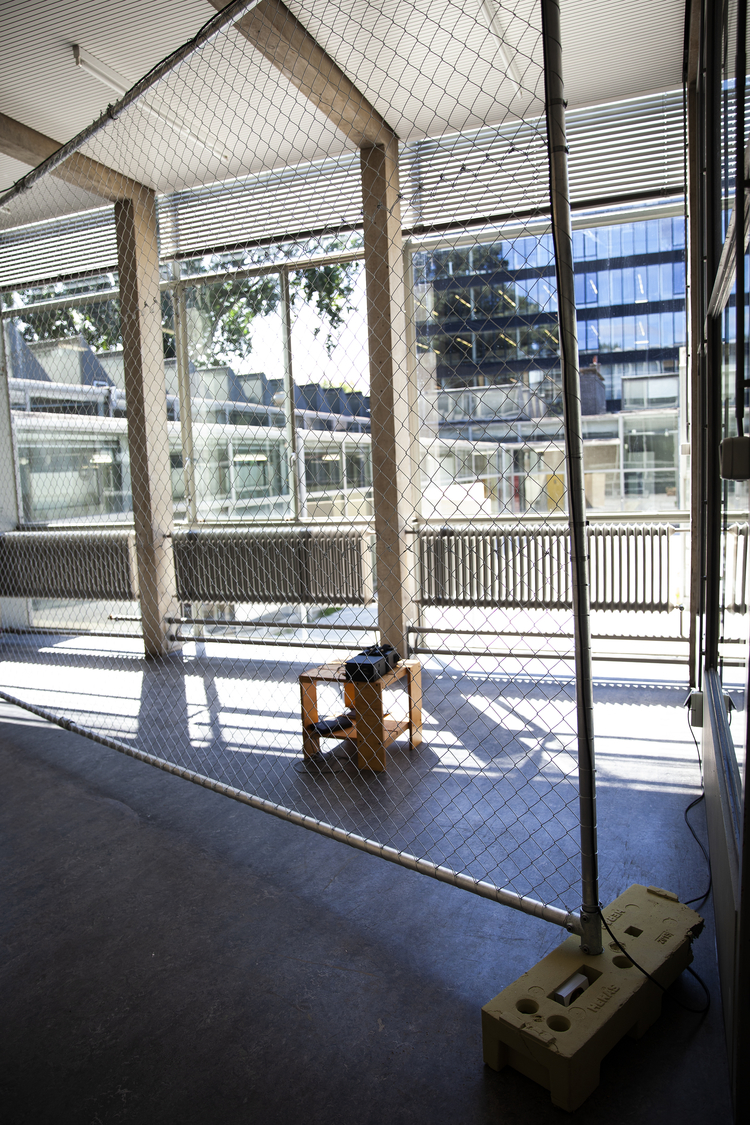 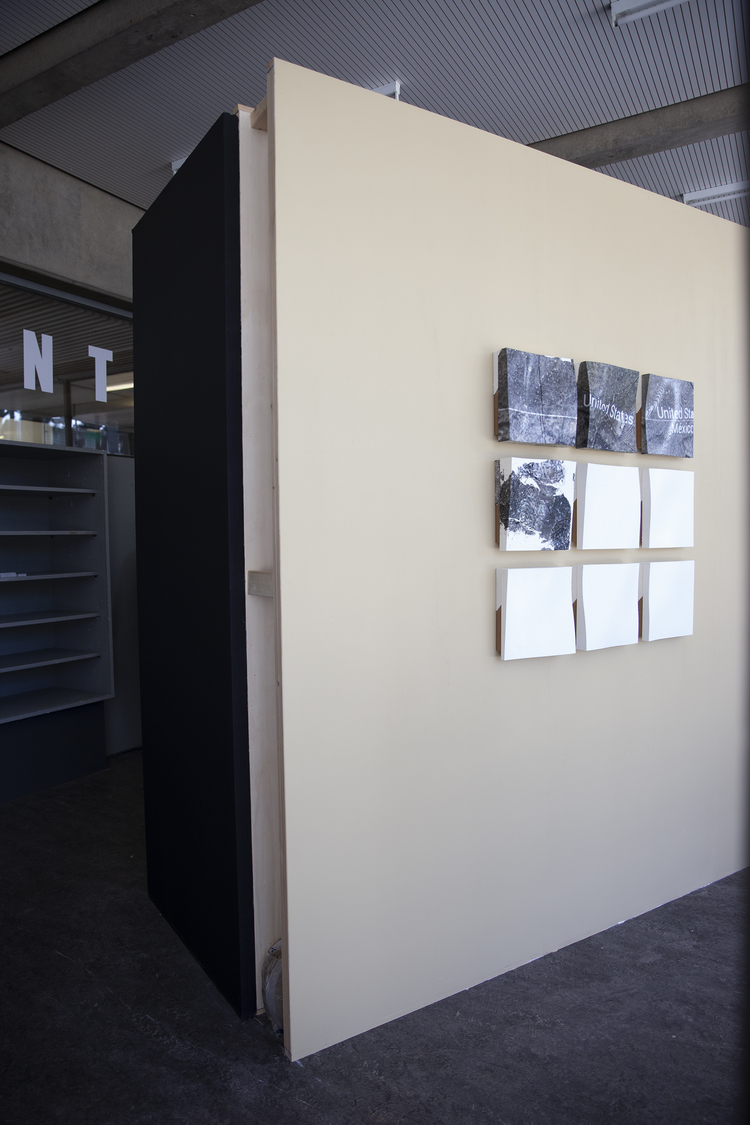 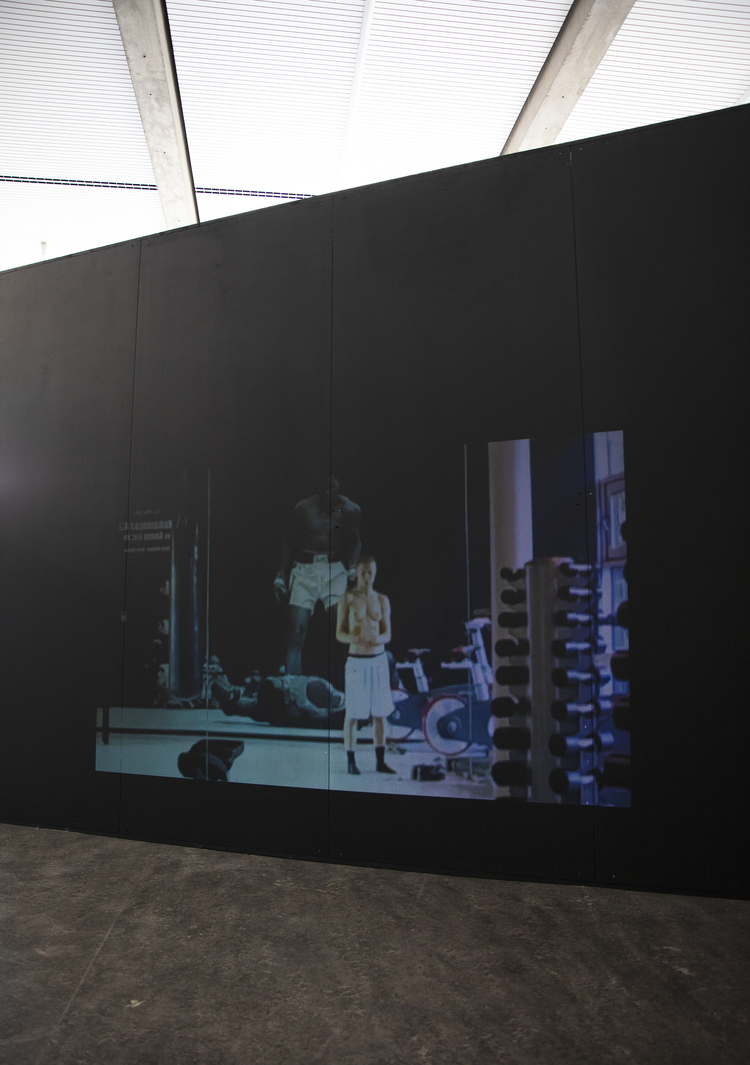