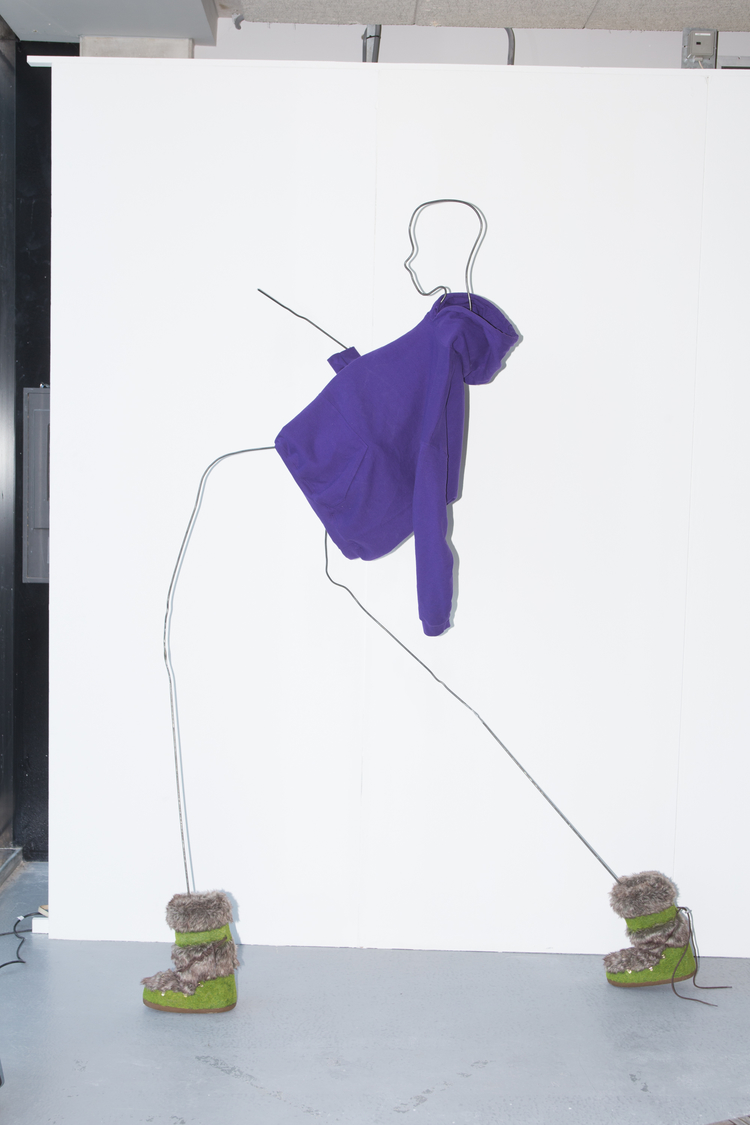 The ergonomics of a biological relapse and the plexity in woman

Once upon a time.
Three related characters gathered in the midst of a transformation.
They all came from a similar place.
Their inherited bonds were unbreakable and sealed with love from their generic contract.
Contraction gives perception, they eventually learned.

Historically, the category of “woman” is one subjected to much projection and cultural construction. Even so, it bears the latent strength of flexibility and plurality, despite discursive myths of woman as the weaker sex. The archetypal role of the mature woman, who cares and carries, lends itself to contradicting the very notion of feminine fragility, as implicit within the nature of child-rearing is the inextricable fearlessness of the protective instinct.

Despite oppression and control of those inserted into the category “woman”, relations of kinship between women in the private sphere allow for amendments of their outwards constraints.

I explore the performative potential within the ergonomics of female kinship. Alluding to those who find themselves undergoing mutually constructive transformational processes: from daughter to mother, and mother to grandmother.

Aside from cultural implication of such roles, I explore the relationship between a capacity for boundless empathy, and the generic contract that preceded it.

Utilizing modes of performance, living-sculpture and soundscape, the installation examines emergence and transformation of these mythologized personae. Here, I present a relational understanding of human roles, further manifested via both the articulated and unarticulated space, where I invite the audience to observe rather than expect. 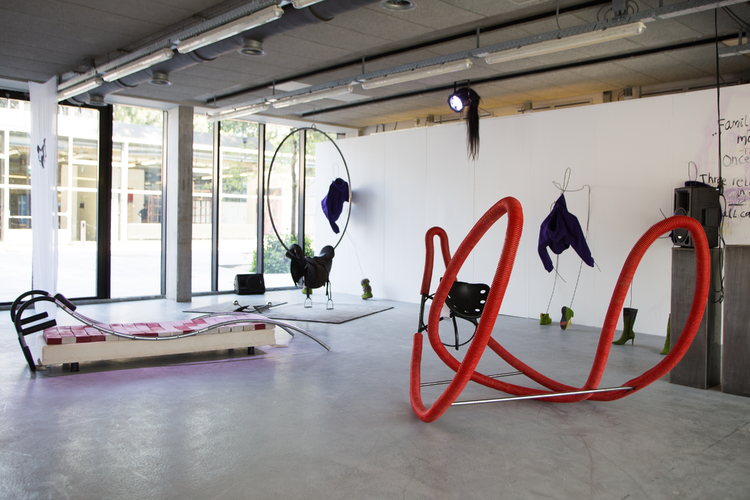 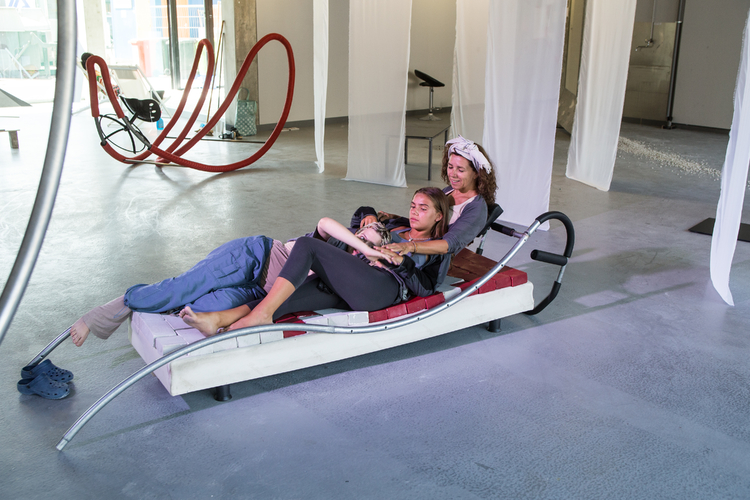 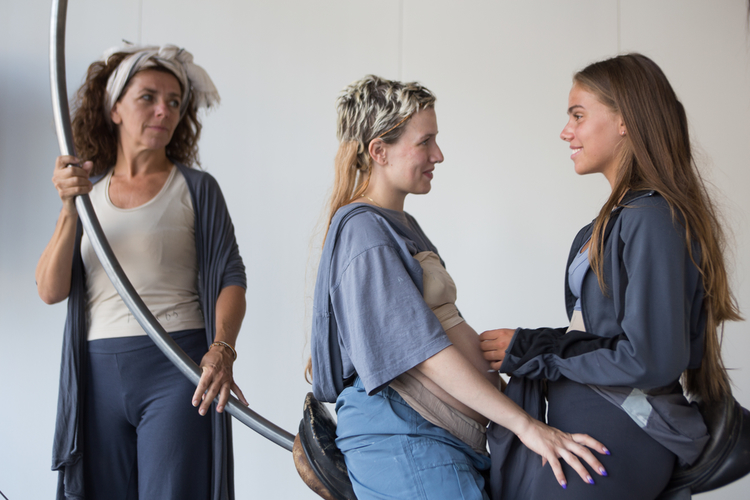 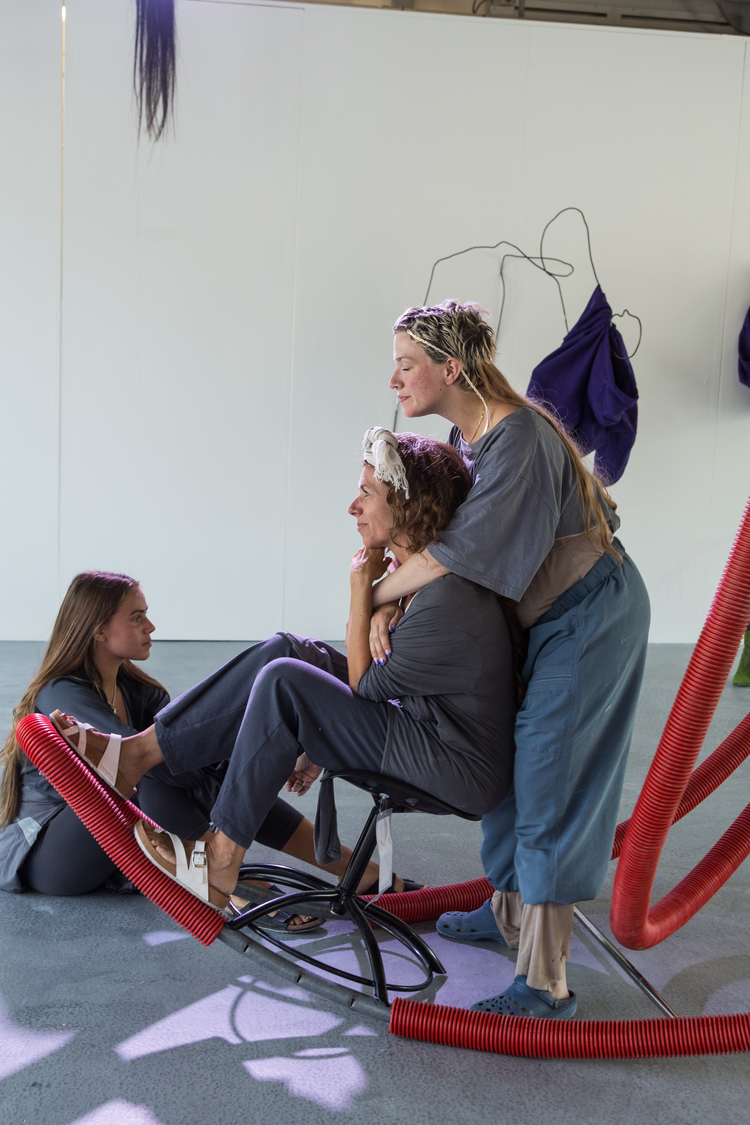