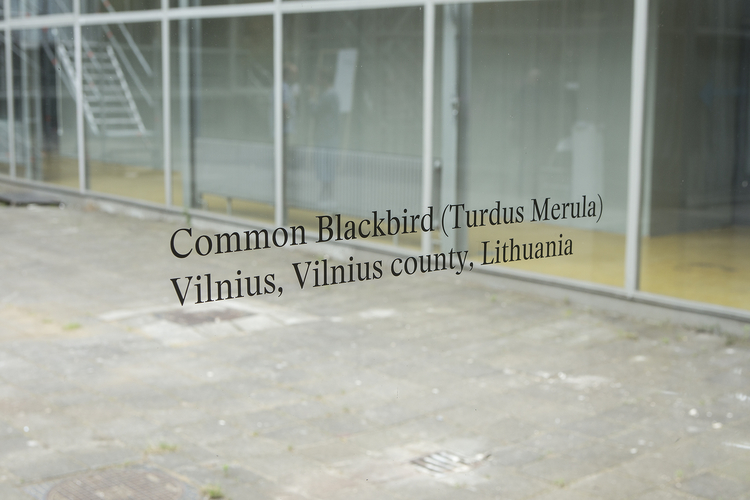 Languages Of The Sky

„Just as an ocean simultaneously separates and joins continents, so too language is at one and the same time a bridge and a barrier between men.“

Languages Of The Sky dwells on the paradoxical joy of listening to something one does not understand. The 12-channel sound installation lets visitors experience articulations of blackbirds from 42 countries turning into one polyphonic unity. Driven by a fascination with language as a bewildering force that enables as well as obstructs communication, the piece uncouples form and meaning, addressing issues such as (language) barriers, the notion of the 'limits of language'  (as coined by philosopher Ludwig Wittgenstein) and the human and non-human urge to define territories. An invitation to lay down on one's back, turn one's gaze up and wonder: who owns the sky? 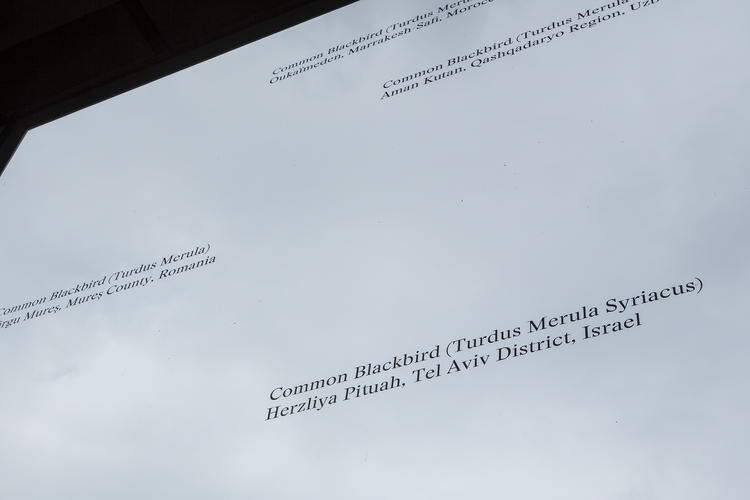 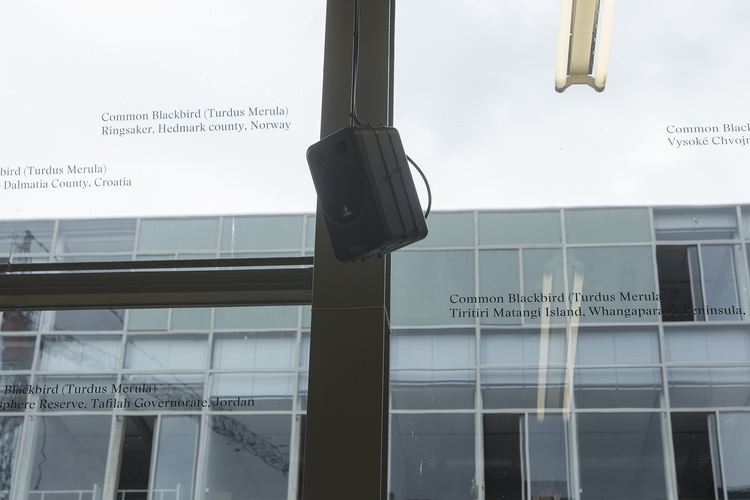 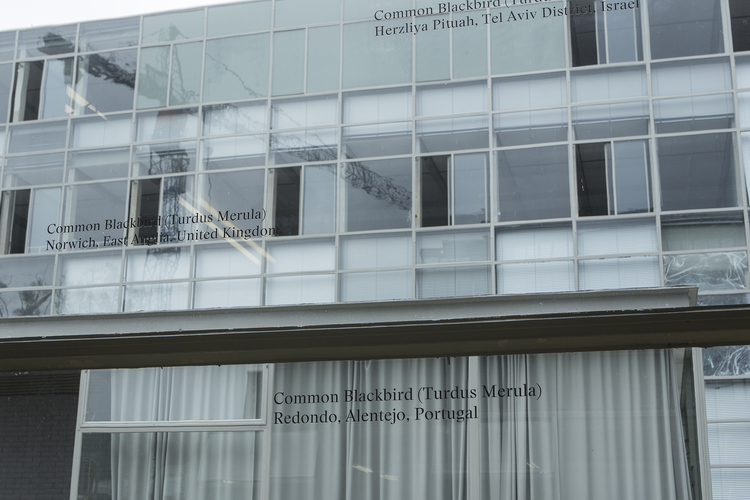 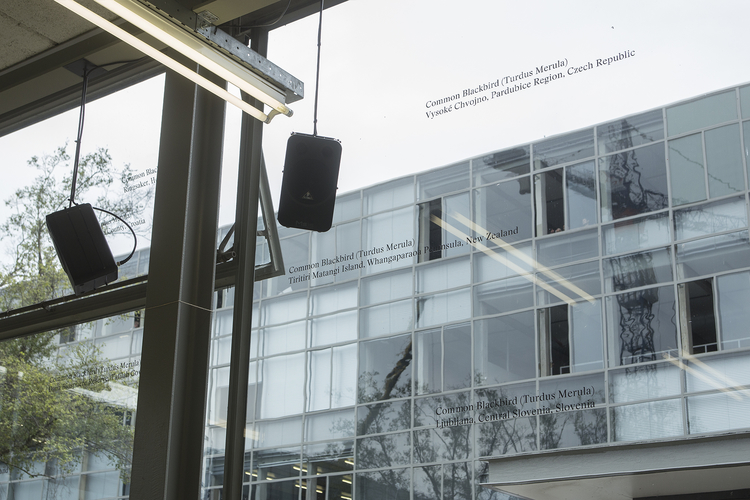