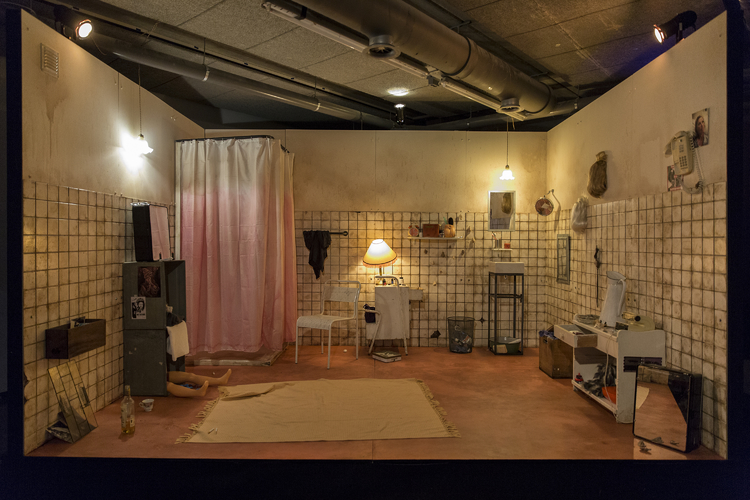 The mastering of Art first means an ability to cross over words. Cross over genuine description and explanations, in order to carry intentions, feelings and ideas ; it is an invitation for all to feel an participate and above all to share.  It is in this idea that I designed a portable space, a inclusion in art that can be placed anywhere, inside and outside, create a literate spacial access to art for the random walker. Revisiting the tradition of itinerant theatre, the work takes the shape of a 12m2 elevated stage with a possibility of exterior covering and engineering making it easily dismountable. The conception was achieved together with Guillaume Leroy, theatre technician in Paris, and the construction was made possible thanks to the sponsoring of the wood supplying company Drimensa and the assistance of Lef van Meegren, Stephanie ter Heide and Michiel de Haan. The stage meant to be disposable in every aspect, to feature my own work, but as well in the wider perspective of curatorial practice on local art : Before everything, this is a social project : Art is not only meant for artists and gallerists or an audience with a specialised education. It does not have stiff, serious and complicated. And there is a value in the art of "amateurs" : Sensibility and expressivity is as well to be found in the result of workshops and genuine interest. The goal for this stage is to become a platform for culture and education. A participatory project traveling from one place to another.  During the Gerrit Rietveld Graduation, the stage will be used as a support for a performance of my own reflecting on social image and identity. The performance, based on a peculiar puppeteering technic coming from the Movement Theatre, uses body masks as a support for three characters fighting within the same body, each of them trying to take control. The conflict of the characters representing  the difficulty of internal conflict in a world where image and identity became predominant factors in one's life. 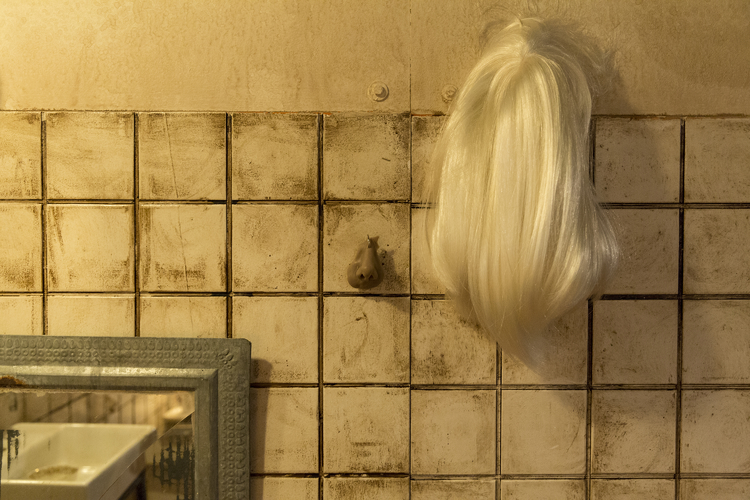 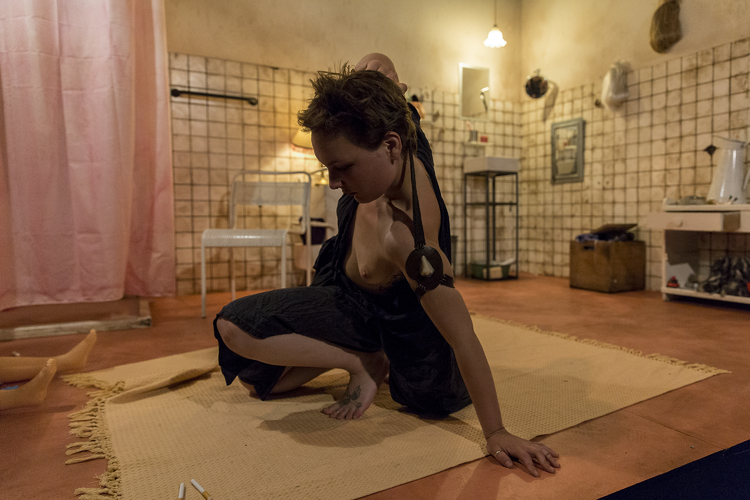 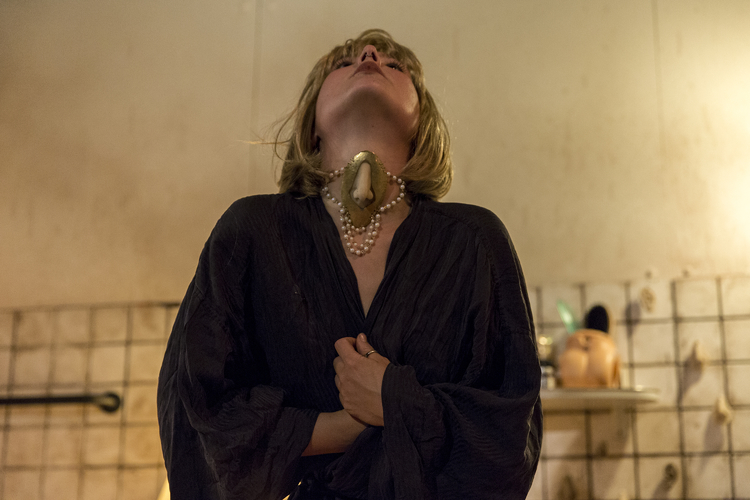 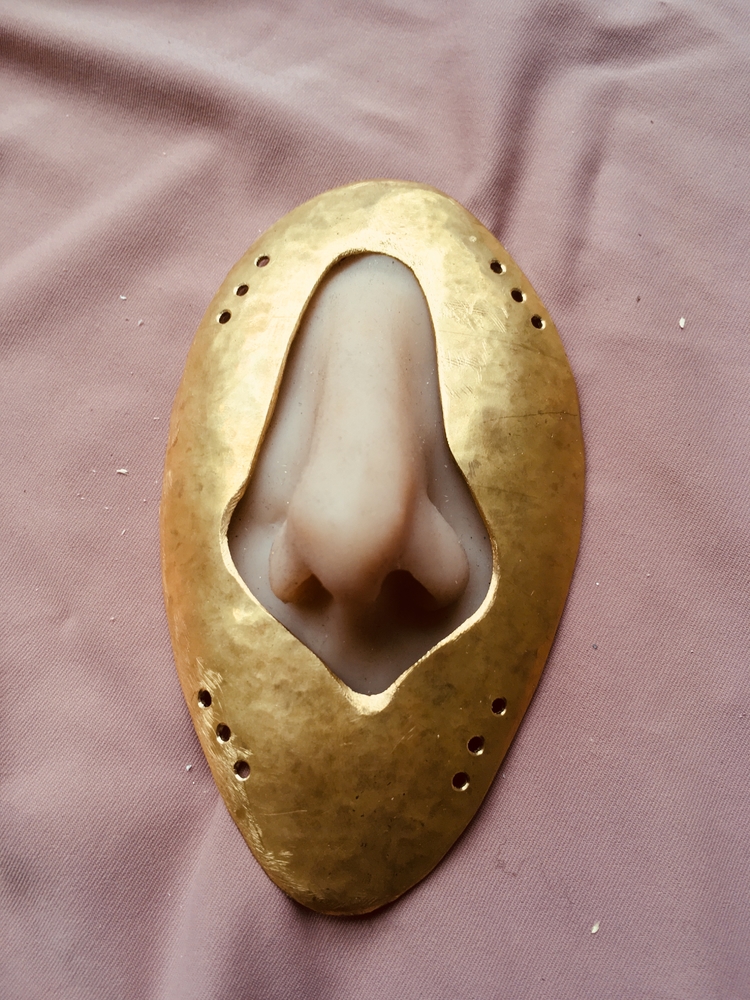