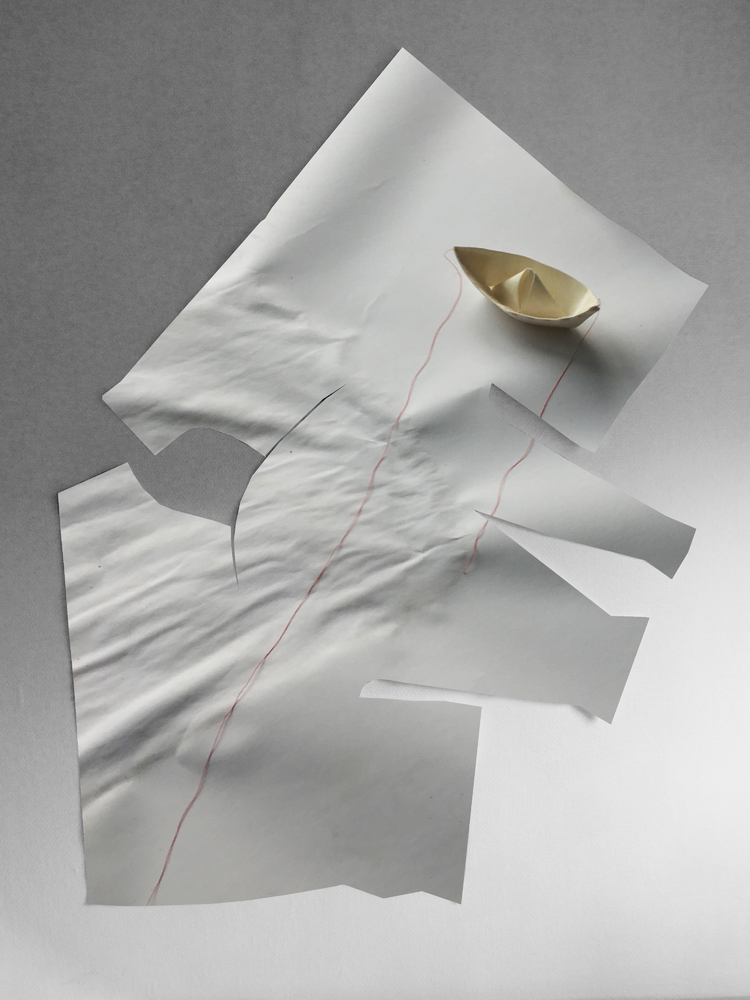 Being born In east-block during 90's meant growing up in atmosphere where everything that was build through the decades before started to be doubted and slowly forgotten. Very few people believed in restoring country destroyed by previous century and especially communism and so they decided to restart their life somewhere else. These people decided to rather adjust to unfamiliar cultures rather than reinventing their own.

Therefore my collection is dedicated to those people who “stayed” , willingly but also unwillingly, and kept building up or preserving whatever culture that there was left.

I am interested in the origin of clothes and all its elements..

I am interested in details such as thread and why do we use it so much.

I am interested in understanding of the history of details like V-cut on the lapels and such.

My approach is about getting rid of things if I don’t find any reason for, rather than adding even more new attributes, to the clothes that were already invented. In my graduation collection I don’t use any buttons nor zippers for instance

I don’t like to take western way of making clothes for granted and therefore I look at all world’s cultures to find out what are the options.

Instead of taking one step forward I take one step backwards to widen my periphery.

The clothes from my collection are based on just one pattern piece where there is not one cut going through the whole fabric to separate it and where there is just one continuous thread to hold it together. I think it is necessary to treat a piece of fabric with a respect as they do for instance with kimono in Japan or poncho in Peru. Because it seems that cutting a fabric into infinite amount of pieces means just forcing it to behave the way you want it to while forgetting about its own “dreams”. 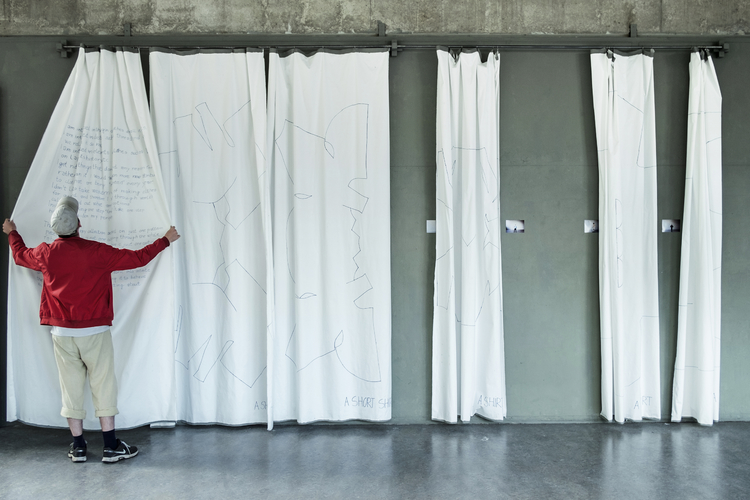 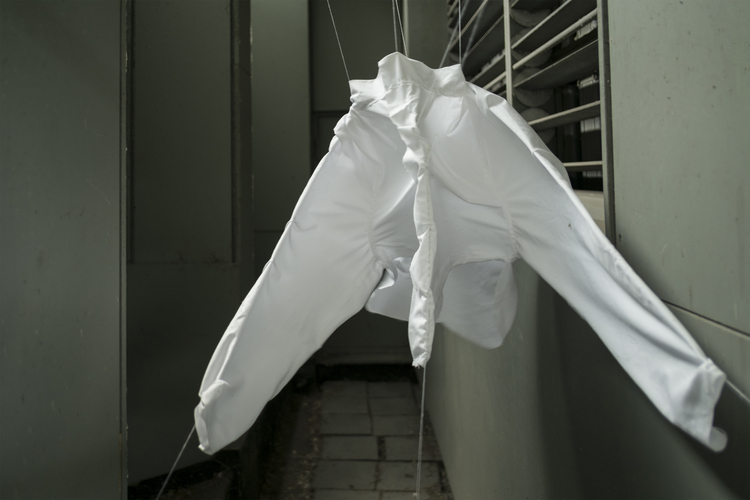 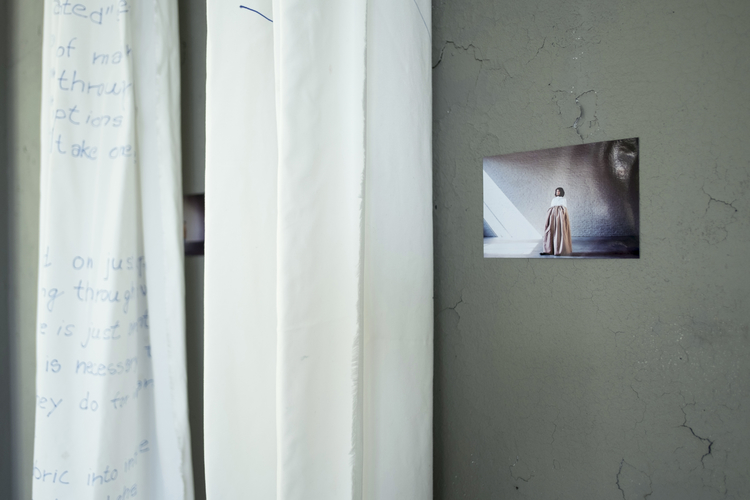 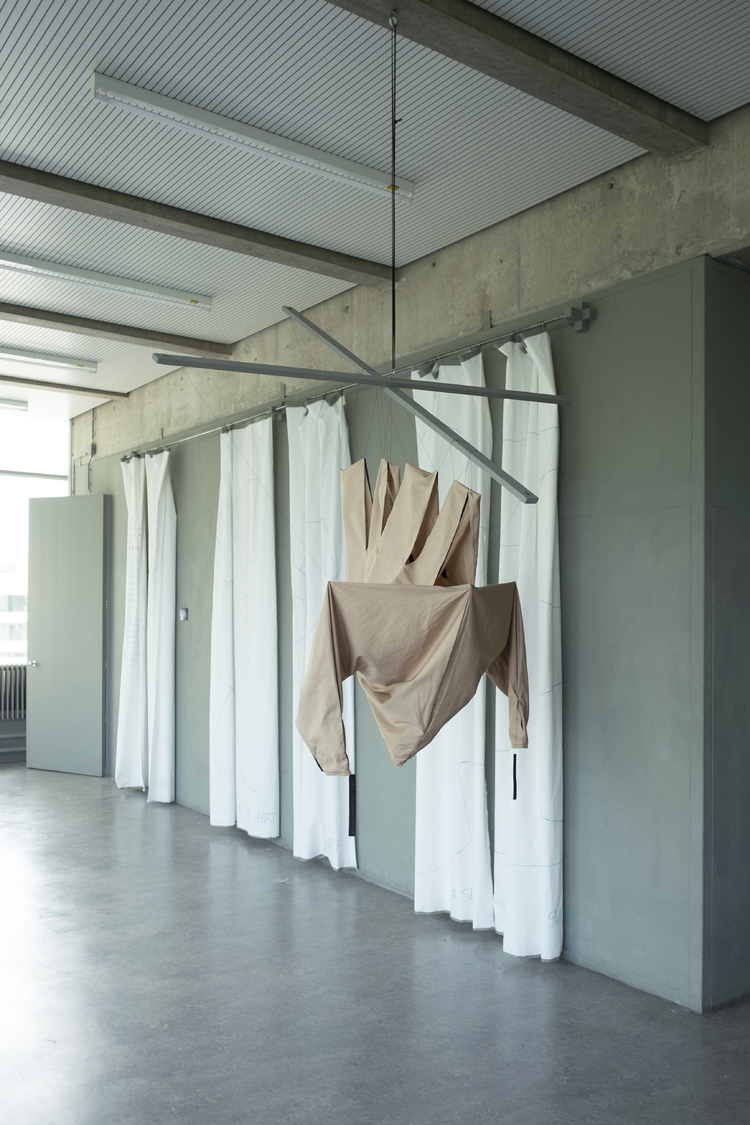 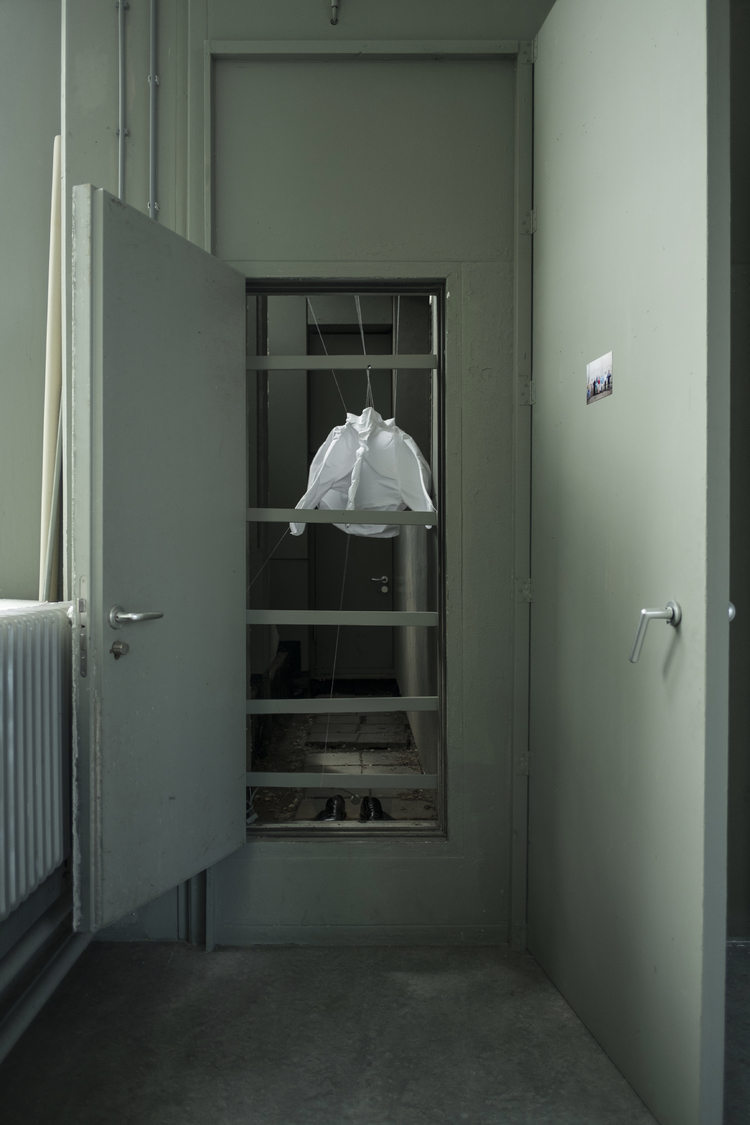