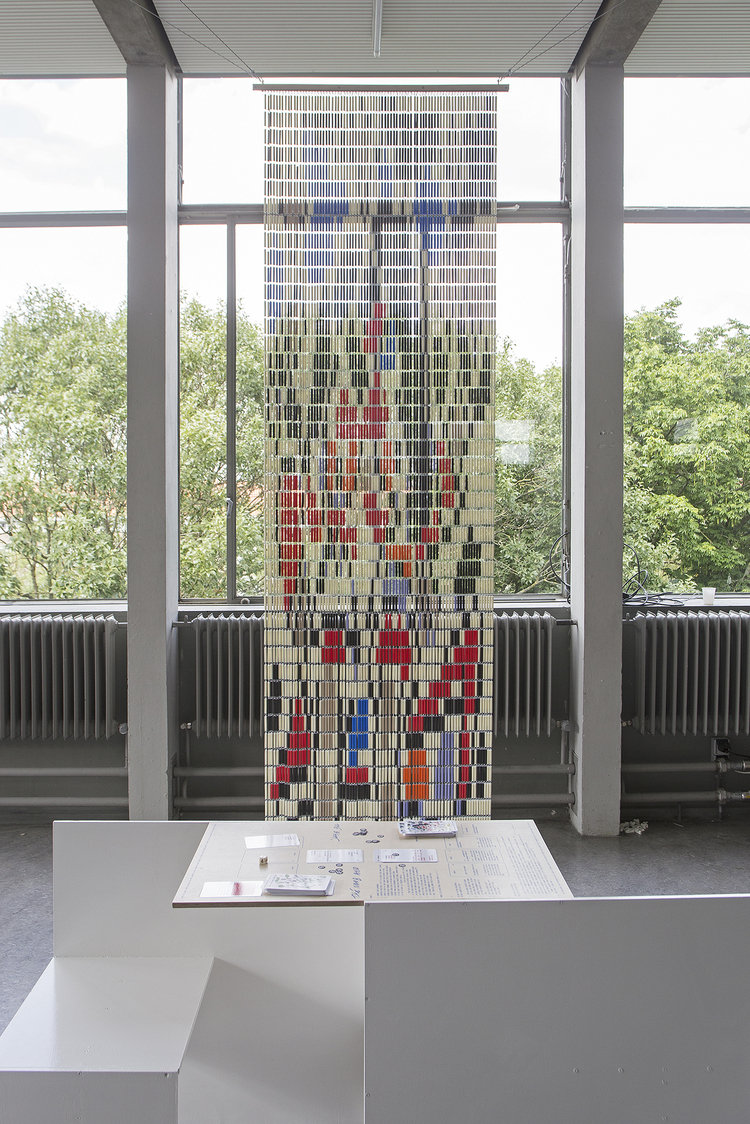 The noob, the bigot, and the star

In certain moments, work and play come (too) close to each other. When work is a way of having fun during the weekend. When work is done together with a friend or lover. When work is considered play by a client and not paid for. When work is also play, it does not mean it is no longer work. When play is also work, does it mean it is no longer play?  The noob and the bigot is a card game inspired by the work and play of a designer. Based largely on Pokémon cards in its gameplay and Tarot cards in the meaning of its cards, The noob and the bigot appropriates geek culture and occultism, discarding patriarchal tradition from both, making it accessible to persons who feel unsafe in those cultures otherwise.

The star is a fly curtain with a pattern that builds up an image of a painting of a reinterpretation of the Tarot card The Star (XVII). The Tarot card The Star symbolises inspiration and generosity. It depicts a naked figure, pouring two vases of water into a small body of water on the ground. Above the figure, there is a night sky with one big star and seven small stars. The stars on this card are said to represent the Pleiades; In astronomy this is a star cluster located in the constellation Taurus; In mythology they are known as the Seven Sisters or the Seven Mothers of the World. 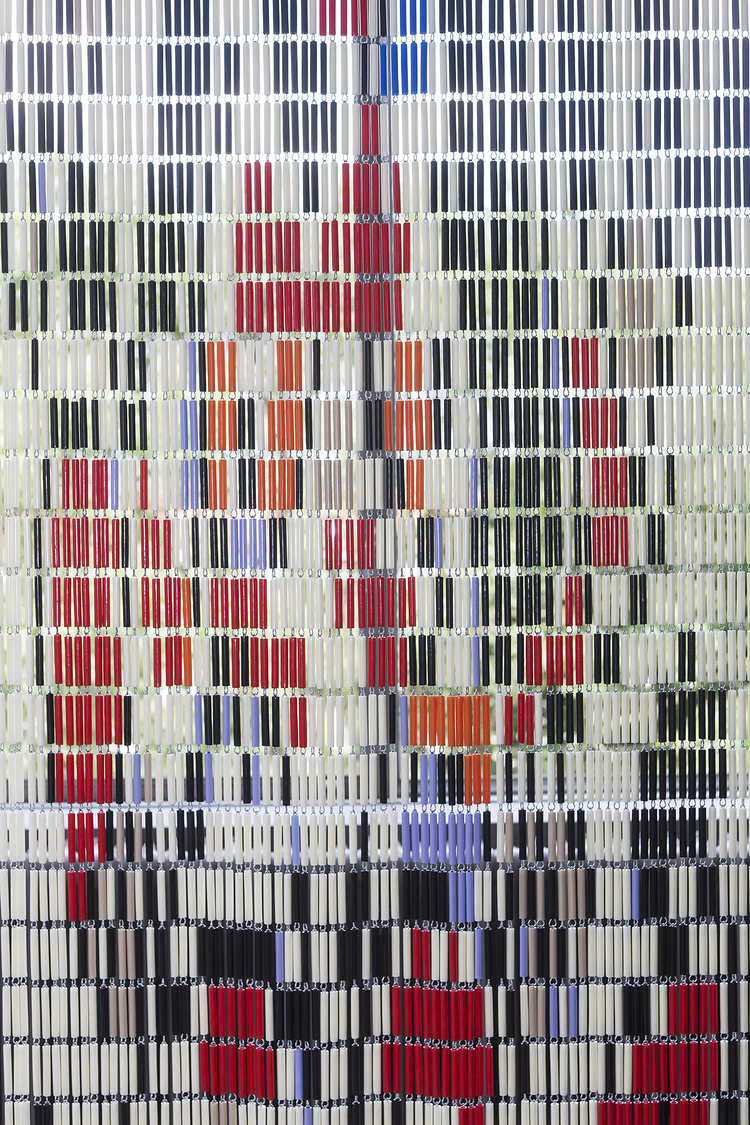 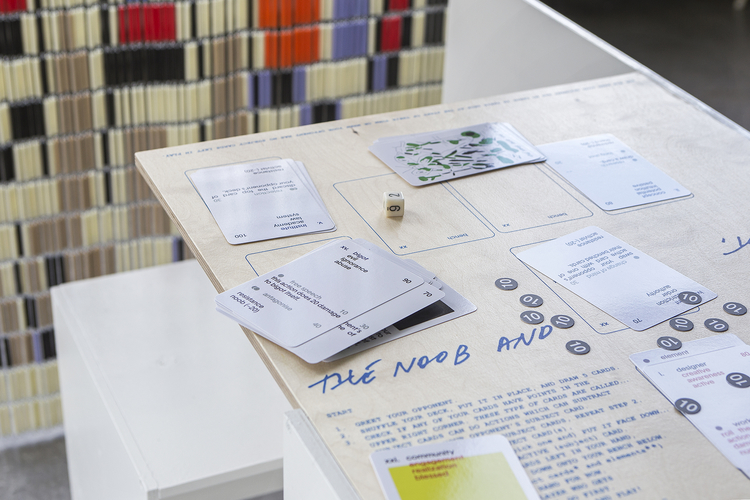 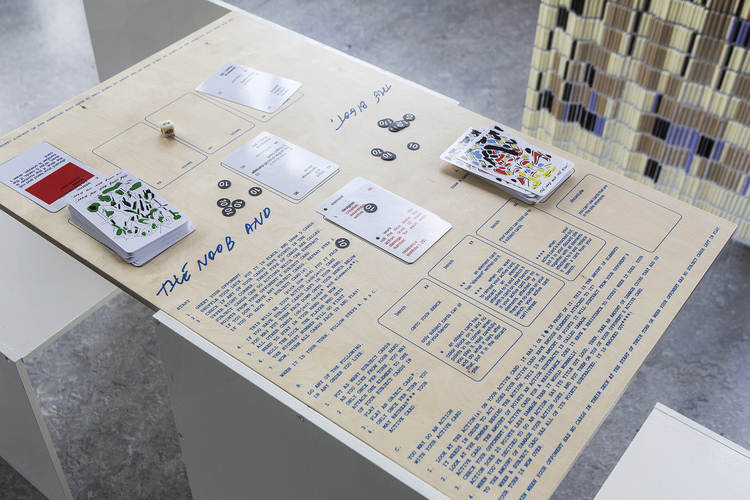 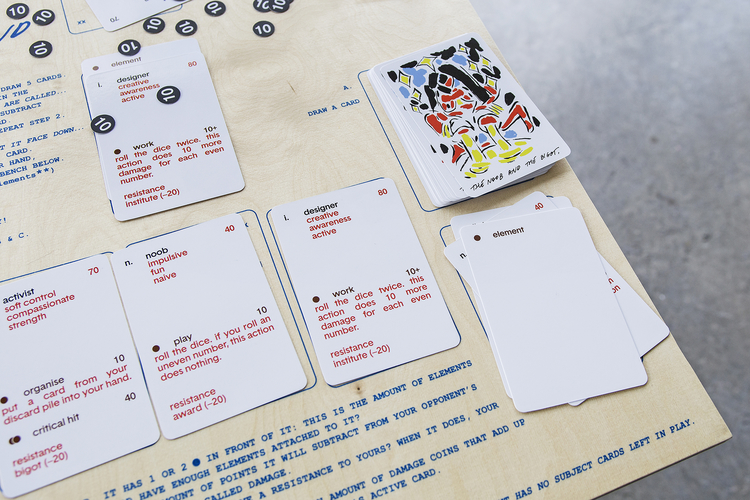 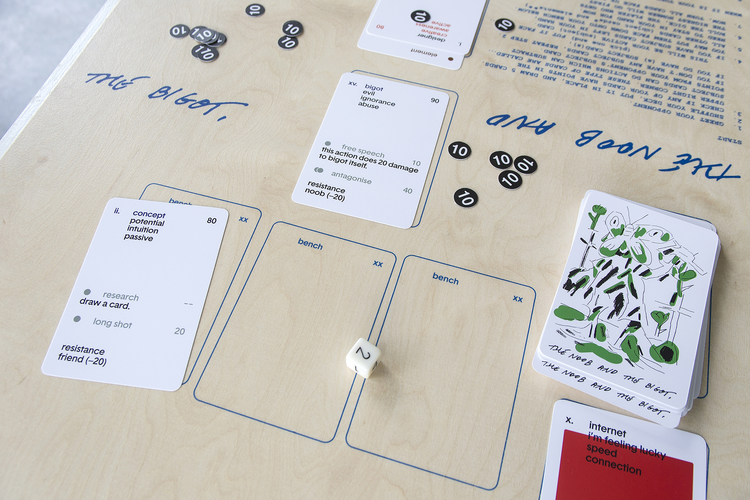