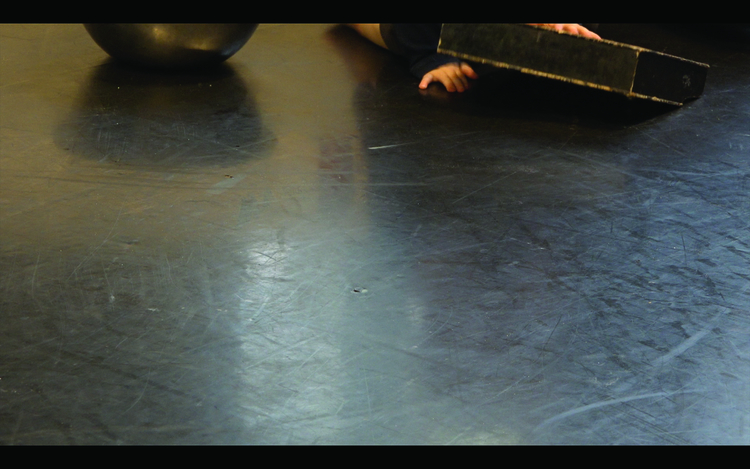 'HUMANKIND THINGS DERIVE FROM HUMANKIND THINGS - A CONCERT' is a short film (2'39") composed as a piece of music. It is composed from a video documentation of a one-time concert, held with my two young children in a dance studio. The editing was made from the original sound- and image-documentation without any added material or effects.

Hereby, the text from the press release at EYE Film Institute, 2018:

Sounds may manifest as reflections on the black vinyl floor.
This floor is our playground.
The camera stays fixed, staging a fragment of the ground. In this frame things may be seen and heard, but what we hear and see might as well come from outside of it.
I am a child.
Things may be unfamiliar to me - exploring and repeating seems deeply inherited.
This is a concert.
Do we look at what we hear or listen to what we see?

During the Graduation Show, the film is being shown in the VAV-moving image Cinema, on the second floor of the Benthem Crouwel building.

Where I Stop is From Where I Travel (Stages of Stages)

‘Where I Stop is From Where I Travel (Stages of Stages)’ is the title of an installation work that is situated in- and outside of the Benthem Crouwel building - on the ground floor, on both sides of the glass wall facing the Frederik Roeskestraat. The indoor installation extends and travels to the outdoors and the other way around.

The work is a continuation of a previous installation where I was aiming for erasing the contrasts between lights and shadows - coming from an artificial light source, in a dark space - in order to create a 'virtual space' (as in Cinema 4D) by using only analogue elements. Erasing may be the opposite of enhancing. Grey-zones, umbra lines and shifting colours in between lights and shadows have become interesting to me.

In ‘Where I Stop…’ I am working with past and present edges in between, surfaces of and colours created by lights and shadows - and the materials they pass through, taking place in the site. I see the elements able of appearing and disappearing along with time, like a three-dimensional analogue photograph. The installation consists of mixed media, mainly wooden constructions imitating the architecture of the site, chalk, tape, text and ear-protections.

The site is performing. I am moving with the site and the site is moving me. Our relationship is intimate. When I stop, the site takes me on a journey, real or virtual... When I spend time in a place, my body perceives it, transforms with it, adapts to it, relates to it, yields into it… What separates us? Art forms naturally yield to become each other. They all lead me to music. I deal with space in the same way I deal with dance. It all comes from the same place. 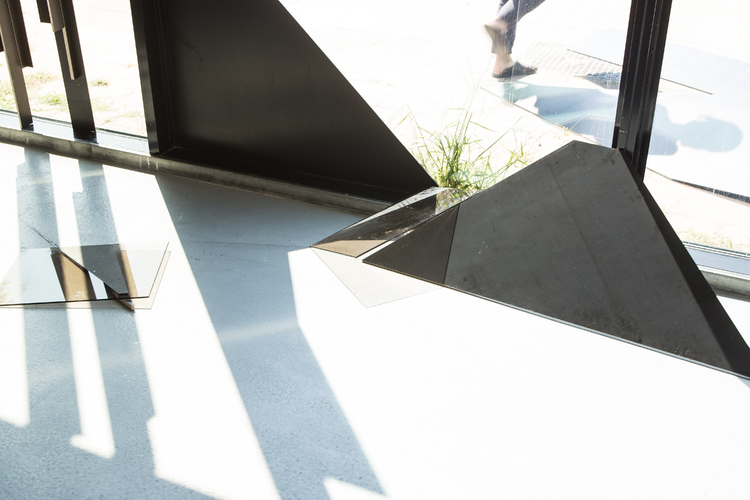 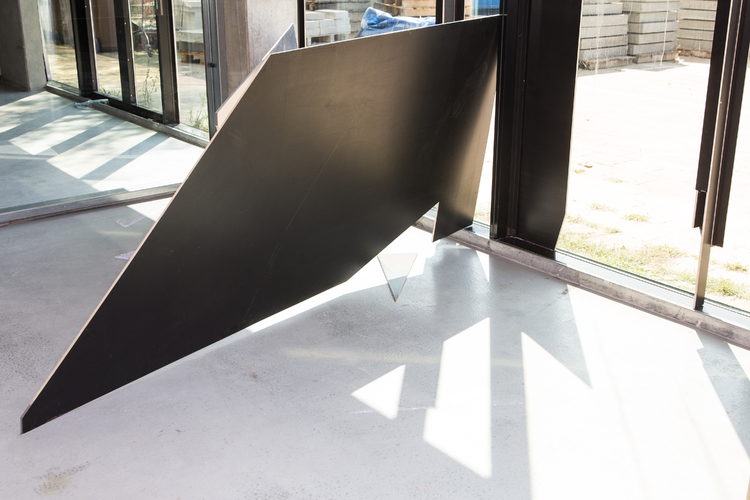 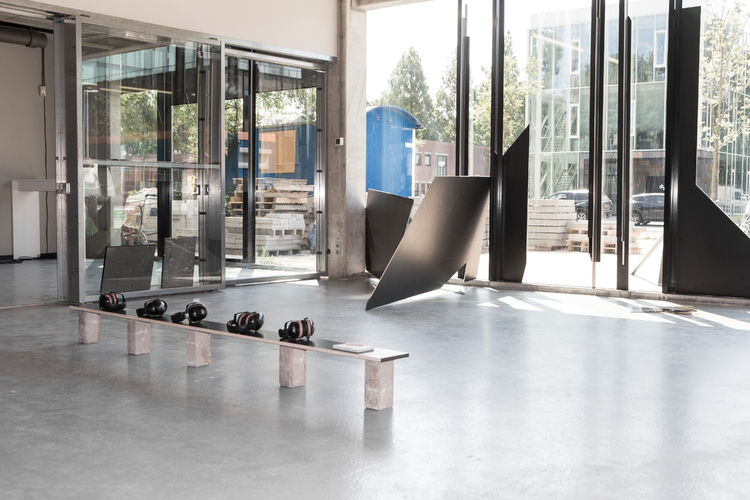