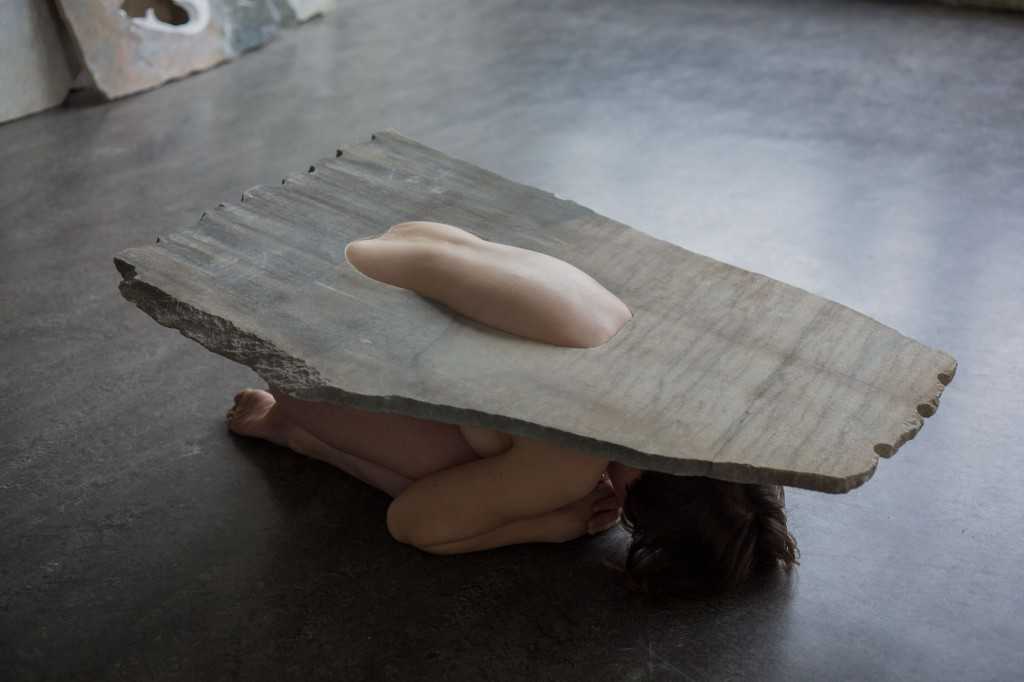 The jury notices a highly developed awareness of space throughout the works of autonomous art students. The works made show that any gesture within a space and in between other works is a gesture that is shaped by and shaping its environment. It also appreciates that the Glass department in particular has facilitated such daring, autonomous works, using the medium of glass as a starting point, rather than as a result.

Milena has found a way to shine a different, personal and physical light on such an old and charged material as marble. Her work is visually beautiful but is not made prettier than it should be. The jury is impressed by Milena’s choice for not staging a performance at set times, which would reduce the work to being too theatrical. The marble and MDF objects that she shows casually lean against the walls, waiting to be used by Milena, but the object uses Milena as well: shaping her body, ultimately folding body into slabs of marble, which is a sensation to see. It would be tempting to say that Milena’s work has nothing do with glass as a material. In her work, however, the jury recognizes awareness of the sensitivity to materials in their density, ranging from fluid to solid.