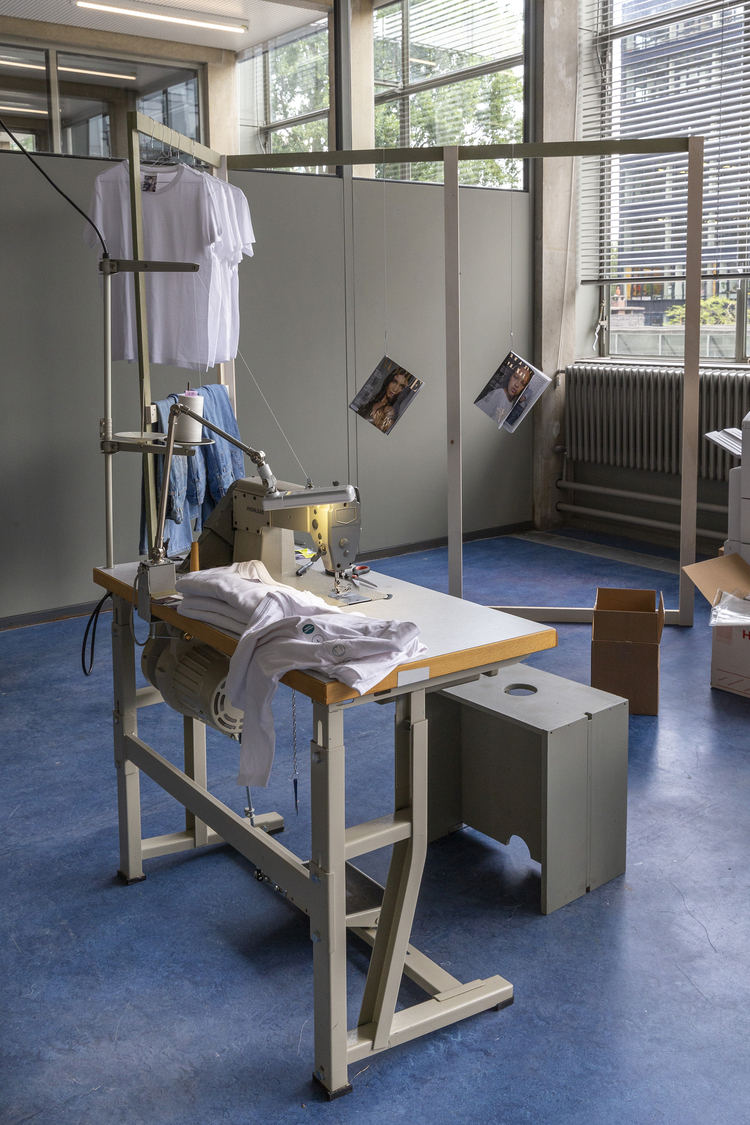 "Have you ever wondered why so many modern day moguls favour the same outfit every day? Mark Zuckerberg and his hoodie, the late Steve Jobs and his black poloneck? It’s not a lack of imagination – it’s a form of choice reduction." Reads the first paragraph of an article named Free your mind from British Vogue March 2018. Holding the magazine in hand – though glossy, glamorous and full of promises, the sentence suddenly connects this issue of Vogue to the research on ‘white t-shirt and blue jeans’ conducted by Sonia Oet, graduating fashion student from Gerrit Rietveld Academie. The white t-shirt and blue jeans as the archetype of modern clothing became the canvas for rethinking the British Vogue March 2018 and analysing its features. A March Issue is a re-make of this very Vogue – cover to cover – replacing every image with people wearing white t-shirt and blue jeans. A study of every movement and gesture from the original magazine recontextualized using the white t-shirt and blue jeans. 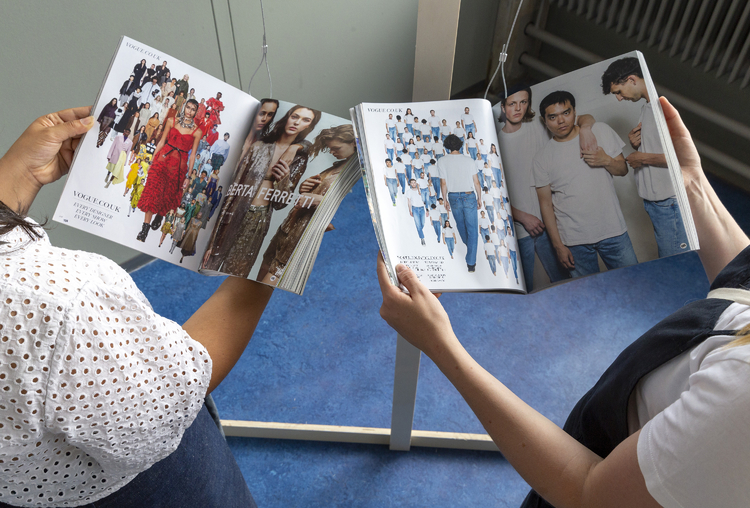 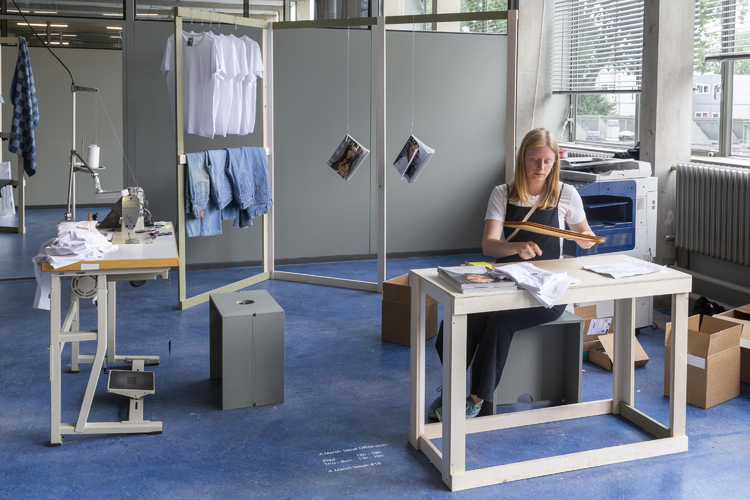 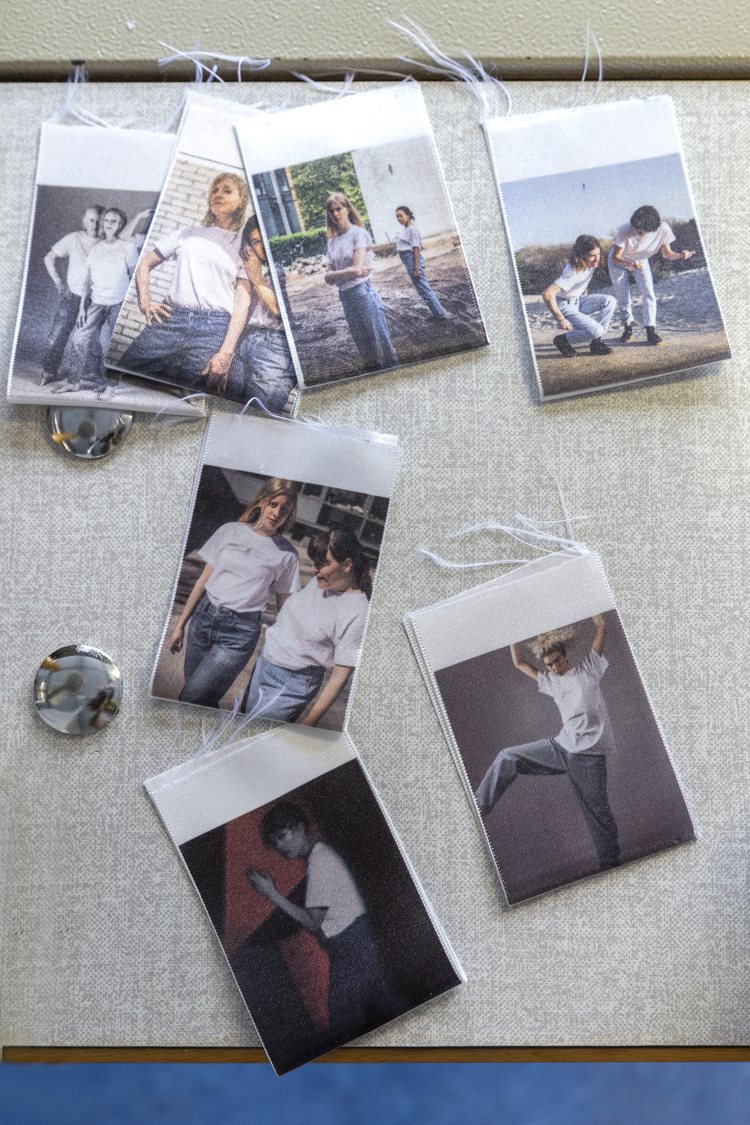 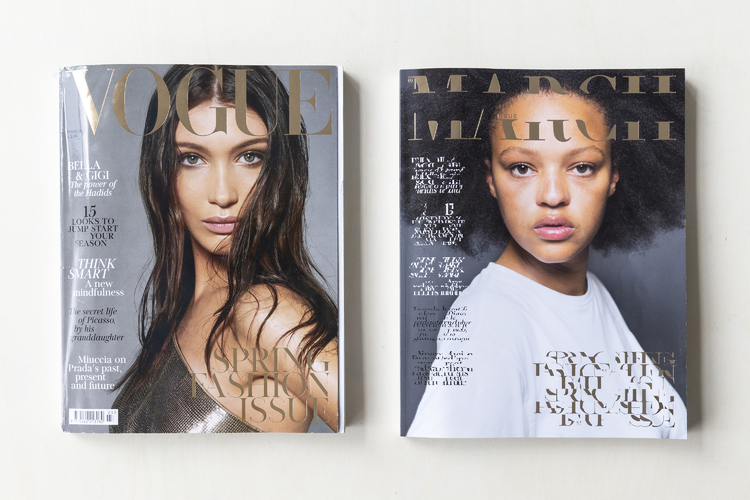